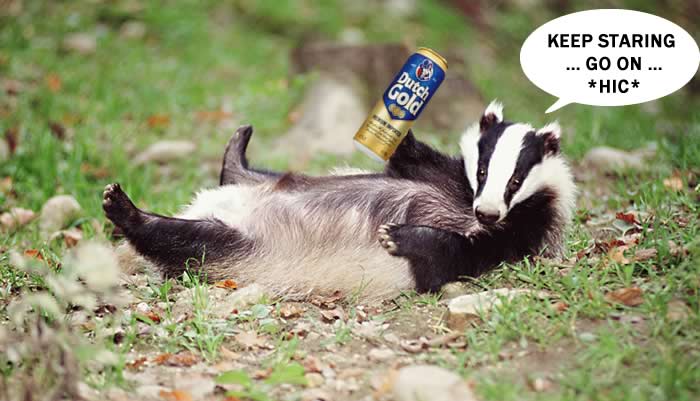 People worry. Which is fair enough. Folk are prone to do that and when there’s no evidence to the contrary it’s easy to realise your worst fears. You hear a noise outside your house. It’s dark, the fog is rolling in over Antonio Bay, the husky voiced lady DJ tells you. There’s the noise again.

It’s a monster. Creeping towards the house. A scrape. A clunk. Two monsters. Going to eat you. Slowly. From the feet up. The less you actually know what it is the scarier those monsters become. You resign yourself to being eaten. Devoured. And in the end it turns out it’s a pissed-up badger with his head caught in a carelessly discarded plastic bottle who can’t find his way home.

It’s the same with the transfers. The fact that we haven’t signed a player yet means we’re never going to sign anyone. We’re letting [insert player name] here get away. That’s making the assumption that the players they we’re chasing are the ones we’re actually interested in. And I’m not convinced they are.

Of course things aren’t helped when we’ve had about a week of stories about how much money we have to spend, how much cash we have, how ambitious we are, how money is no object, how we can be a force in the market, how blah blah blah big signings, how now brown cash cow and so on.

What are we waiting for? What’s the hold up? Anyone else who came into a load of liquidity would be out there, pushing their trolley through the footballing supermarket, grabbing players from the shelves with gay abandon. But not us, oh no. Never us.

We’re waiting until the end of the day when they add the things to the special bargain aisle. You know, the coleslaw with the bit of fur on it, the ham with the rainbow shine, the deliciously grey piece of sirloin steak with some blood pooling on the top and the blood is turning into that plasticine looking stuff.

Well, that’s the assumption. Maybe we’re just waiting for the butcher to butch a nicer piece of meat, it takes time. Maybe instead of regular crumbed ham we’re importing some delicious pata negra, Jamón Ibérico of the highest quality. And maybe, just maybe, we’re making our own mayonnaise for our own coleslaw to which we’ll add the crunchiest, freshest cabbage and carrot.

The truth is, I don’t know. Very few people do. Of course it’s understandable that there’s skepticism, we’ve heard the words, we’ve yet to see the deeds. Once … er … twice … thrice … er … what’s the one for four, frice? … bitten twice shy and all that, but it’s still too early in the summer for us to start losing our shit just yet.

Thanks to those of you who enjoyed the script over the last couple of days, I might do a bit more on quieter days but we’re not likely to have many more of them are we- … oh. I’ve already been thinking about the casting.

I’m thinking Jessie from Breaking Bad as the blogger turned Football/Real life manager, Peter Dinklage as OVERKAMP, Mark Strong as Chairman Ira Hill-Cartwright-Spennyforth III, the fella from Homeland as club captain Dave Adams, and Tilda Swinton as the obligatory David Bowie lookalike, three fingers on one foot love interest that the industry demands stories like these must have. I’ll keep you abreast of developments.

Finally for today, Gunnerblog does it again. SuperSquid.