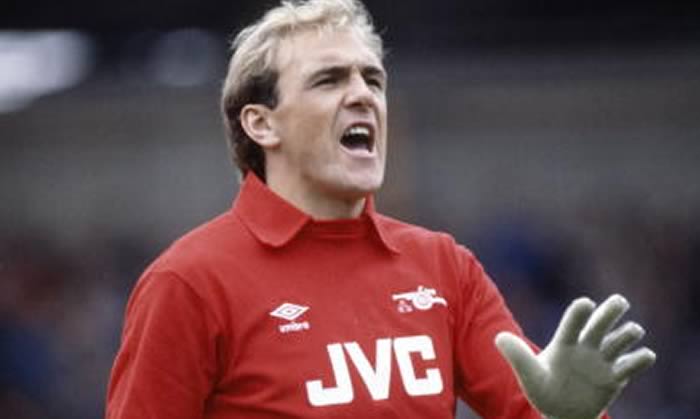 Lots around this morning about Wojciech Szczesny and his supposed taunting of Sp*rs. I had a look at the interview on Arsenal Player and didn’t see hear the quotes in question. Maybe it was in there initially then hastily edited out when that one small part of it was picked up. In general I thought he talked quite well, focusing on the team’s defensive improvement rather than his own crucial save, and as for the remark about them, well, meh frankly.

It strikes me it’s just something to get angry about in the absence of anything to really get angry about. While performances haven’t been entirely convincing, it’s a team with just one defeat in the last 14 Premier League games, and our form has been better at this point of the season than at any other. Of course it doesn’t mean there can’t be frustration that what came beforehand, both in terms of how we played and the points we dropped, but right now it’s hard to be too critical of results.

As for Szczesny’s comments motivating that lot, if they’re not already up for the challenge and the potential rewards that Champions League football brings then there’s something quite wrong with them indeed. They shouldn’t need to use some off the cuff remarks from a rival to make them determined to get the results they need. And look, this is sport. This kind of thing happens all the time. For example, when we lost to Sp*rs at White Hart Lane, Andre Vilas Boas said:

It can have a direct effect on Arsenal’s motivation. They are on a downward spiral in terms of results and we are on an upwards spiral. It is extremely difficult to get out of that negative spiral.

So difficult that Arsenal went on to beat Bayern Munich then take 23 of the next 27 Premier League points; in the same period they’ve taken 11 points from 21 and crashed out of the Europa League to Basel. Spiral schmiral. The pressure’s on, we’ve just got to keep winning our games, and hope that the other slip up. Hardly ideal, certainly not enjoyable, but nothing Szczesny says is going to have any significant impact on the situation at all.

Arsene Wenger, meanwhile, has praised the Pole for his response to being dropped, saying:

I must give him credit because in this competition [from Fabianski], he responded very well, worked hard and when he came back, he was sharper when I left him out, from the first game on. He has responded very well. That’s what you’ve seen with people like Seaman, with Lehmann when I took him out. They always came back stronger. He does that well. He’s in good form now.

I don’t really remember it happening with Seaman, I have to say. My recollection is that he played regardless of the form of other keepers, and perhaps even went on a season or two too long, but in this case obviously Wenger wanted to send Szczesny a message. Dropping him for Fabianksi, a player who has been open about his desire to leave and who hadn’t played a first team game for over a year, certainly provided a short, sharp shock.

It could have backfired quite easily. A rusty Fabianski might have made mistakes and had points been dropped because of them then the criticism of the manager would have reached epic levels, but fair play, it worked out. Now that another injury has opened the door for Szczesny again he seems to have had his eyes opened. It’s a show of faith in your talent and potential to be made number 1 at Arsenal at such a young age, but I think he needed a message to be sent that just because you’ve got the shirt you shouldn’t expect to play unless your standards remain high.

I don’t think he made anywhere close to the kind of mistakes that others made. Fabianski and Almunia were much less decisive and far more error prone, but I think there’s a potential in Szczesny that’s not present in the other two. Maybe the manager wanted to ensure that it was realised and waking him up to the need for consistency and shaking him out of any complacency was the way to do it.

What will be interesting is how we deal with this situation in the summer. A keeper is an absolute necessity, no doubt about it, the question is what kind? Another young guy to properly compete or somebody older, more mature, who can fill in when needed and who can act as a kind of mentor to Szczesny. It’s not an easy one because although he’s had some less than convincing moments I think he’s got the potential to be a very good goalkeeper and he’s still just 23, extremely young in the life of a goalkeeper, and it’d be a shame if that potential were realised elsewhere.

Anyway, that’s one for when the season ends and a decision the manager will have to make. And I’ve said this before, but I do wonder if, perhaps, a look at why all our goalkeepers tend to have the same flaws in their game might be a benefit too.

Right, that’s yer lot, back to the grind. Till tomorrow.