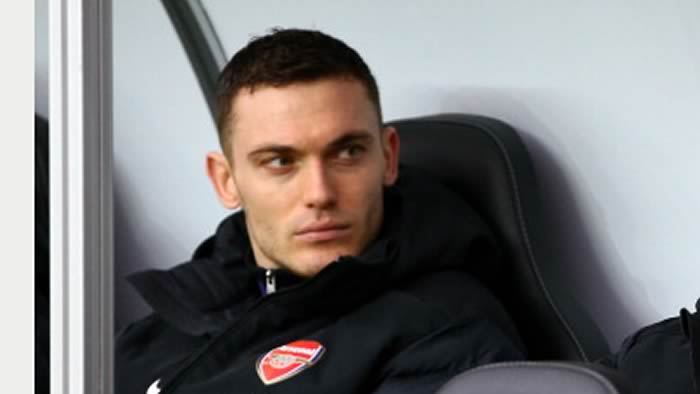 Good morning and welcome to Friday after what seems to have been a long week.

We can now start looking ahead properly to tomorrow’s game against Norwich and the early team news is that both Jack Wilshere and Theo Walcott are likely to return to the squad. Obviously that leaves the manager with some decisions to make. We’ve been over the Gervinho/Walcott issue, I maintain the Ivorian should keep his place, and so he should if he continues to play well.

The Wilshere situation is made a little less complicated by the fact Tomas Rosicky is likely to miss out with Arsene Wenger saying he’s a ‘big doubt’ because of a hamstring problem. It’s a shame for him that he doesn’t get to follow up his two-goal display against West Brom, but when you consider the quality of the replacement it could be a lot worse.

That said, with Podolski fit again the manager could drop Cazorla back into the midfield and start the German, leaving Wilshere as a substitute to come on if needed. Given that Jack was left out deliberately to ensure that he didn’t aggravate a potential injury, it wouldn’t be too surprising if he were eased, rather than thrust, back into things.

One man who will definitely come back into the team is skipper Thomas Vermaelen. Having been dumped onto the bench in Munich, where he remained until called up on in the wake of Mertesacker’s red card last Saturday, he’ll have a chance at redemption tomorrow. Arsene Wenger has, as you’d expect, bigged him up, saying of his reaction to being dropped:

They know there could be rotation with the three centre backs from the start of the season, depending on good and less good periods of any individual player.

There’s definitely an element of confidence boosting going on there, but there’s no question that Belgian has been below-par this season. He made the kind of mistakes that saw other centre-halves at the club roundly pilloried, but he was shielded from that kind of backlash because he’s popular, the captain, and still had the goodwill his goalscoring exploits created.

His assist for the Dutch Skunk at Old Trafford, for example, was abject defending. In the end the pantomime storm of Santos and the shirt swap served to protect him, and I think if outrage can be in any way constructive, it would have been far better to be angry about the carelessness of Vermaelen’s defending than the fact Santos took an ex-teammates shirt when it was handed to him as they trudged off at half-time (quite deliberately, in my opinion too, but that teacup has already been chucked out)

To me he looked like a player who had slipped, unconsciously I’m sure, into something of a comfort zone. The armband meant a guaranteed start – it certainly worked that way for most of the season – with the manager reluctant/unwilling to change for one reason or another. Perhaps he thought the dip in form was temporary; it wasn’t. Perhaps he thought Koscielny wasn’t the man to replace him; he was.

When Vermaelen sat alongside Wenger at the press conference in Munich he answered questions like a man who fully expected to start the game and to captain the side. Why wouldn’t he? The manager had given no indication that he’d change and dropping your captain, like it not, is a bit different to dropping any other player. But out went Vermaelen for Koscielny and since then Arsenal have looked better defensively.

I think much of that has to do with a changed approach to how we defend, but I think some of the issues we’ve had this season (and before) have been because Vermaelen struggles to maintain positional discipline. He likes to try and win the ball high up the pitch, which is great when it works, but when it doesn’t there’s all that space for teams to exploit.

Now, I’m not trying to pin all our defensive problems on him, far from it, but for me his poor form stretches back into last season and the manager was a bit too slow to recognise it and do something about it. Hopefully being dropped will be something of a shock to his system and will shake him out of the funk he was he was in.

I’m not sure he’s ever going to be the defender we hoped he might, at 27 the flaws in his game are still too apparent, but between now and the end of the season it’d be good if he reacted positively to the last few weeks and and performed to a higher standard. The manager, finally, sent the message that nobody is untouchable in this team, it’s now down to Vermaelen, like Walcott and Szczesny and others who find themselves sidelined by the form of others, to take their chances when presented.

Right then, onto this week’s Arsecast, and I’m joined to discuss the week that was by Tim Stillman. There’s some Arshavin and the usual guff as we prepare for the Norwich game.

We’ll have news updates throughout the day on Arseblog News. Arsene meets the press this morning so there’ll be plenty going on.

Back here with a full preview of the Norwich game tomorrow.