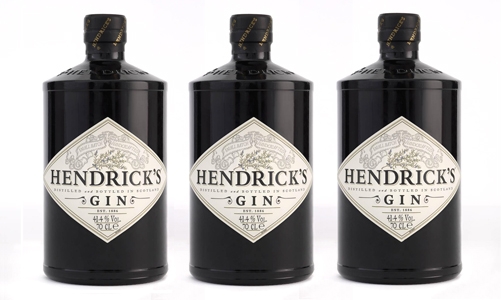 For those of you that I haven’t had the opportunity to tell, I’ve largely stopped drinking. This is for various reasons, but one of the main ones is that I simply can’t do hangovers anymore. This fact is plainly evident today.

The wedding yesterday went well. I think. I spent all day taking photos, and I think they’re good (downloading now), and I drank water all day, despite the best attempts of the bride, amongst others, to get me to drink something more…alcoholic. Then, when I decided my photographic duties were almost done, and we sat down to dinner at 5pm (I was a guest as well as the photographer – I don’t usually demand dinner at weddings I photograph), I thought a little glass of wine would be fine. Except it didn’t end there, did it? It never does. That little glass of wine turned into quite a few glasses of wine (wine was dangerously free), and then it turned into gin and tonic, and whisky, more gin and tonic, and then shouted conversations with people I work with about entirely inappropriate topics, and then more gin and whisky (not mixed – I’m not an animal).

Anyway, it’d be fair to say that today I’m remembering – vividly – what it is that I hate about hangovers quite so much, and that they’re one of the reasons I decided to cut down my drinking quite so much. Not even last week, when Mr and Mrs Arseblogger were in town, was I this hungover – and we did a 12 hour drinking marathon of our own.

I must at this point thank Mrs Tom for driving me home, and helping out yesterday by not drinking, and moderating my behaviour – and not least because she’s also editing today’s blog (although at this point on she doesn’t care because it’s moderately football related).

Anyhoo, onto Arsenal news now, and … yes, well, it’s fair to say there’s no new developments, little to tell, and this is going to be a another very dull blog. So sorry about that.

In England news, apparently they won against the Belgiums, with the BBC’s Phil McNulty twice in two paragraphs referring to Alex Oxlade-Chamberlain’s “positive approach”, which either means England were generally dreadful, he didn’t read the piece before he submitted it, or his editor also thought it was a very positive approach (I’m aware that my criticising the chief football writer for the BBC is somewhat ironic, but at least I’ve disclosed that I’m monumentally hungover – and yes, I did mean Belgiums and not Belgians). Henry Winter was also fulsome in his praise in the Telegraph, so it seems the young man had a good game, despite England’s otherwise reported torpor.

Robin van Persie had a productive evening against Northern Ireland in a 6-0 win that’ll surely bring confidence for the upcoming championship. The first was a header, the second a penalty. It was another game I didn’t watch due to my wedding commitments, and the fact that even had I not had a prior engagement, I’ve no doubt I’d have found something better to do than watch international football friendlies, no matter how close they are to the tournament. Good to see Robin replicating his club form for country though, and while some people will no doubt write some bollocks about putting himself in the shop window, he’s just doing what we all know he’s very good at – scoring goals. Northern Ireland’s side was described as “inexperienced”, in fairness, but we all know what Robin can do.

Over on Arseblog News, Andrew Allen reports that Wojciech Szczesny has been working with a psychologist to improve his self confidence. No, that’s not right – he’s been working with a psychologist to prove to himself and others that psychology isn’t a real science, and that he’s going to intellectually crush the psychologist to prove it, or be such an enigma that the psychologist makes it his life’s work to understand what’s going on in SZCZ’s head, only to have it revealed to him in 20 years that our goalie was playing with him all along. Wait, no, I’ve got that wrong too. I’m not having a good day of this, am I? Apparently it’s because SZCZ has realised he’s not Nicklas Bendtner, The Best Player To Have Ever Lived, and that he could do with some coaching on the mental aspects of the game, and that there are lots of people that can help him become a better player – an entirely admirable ambition.

There are one or two other stories about how we should buy player X, or how we’ve got our eye on some Barcelona “starlet” (oh good), but like you – and everyone else except people at the club, I should imagine – I’ve no idea whether they’re accurate, true, or entirely made up because the author of the pieces doesn’t have a hangover that’s preventing their imagination from doing its thing.

So the first 8GB card (of four) from yesterday’s wedding has just about finished downloading. I’m going to go see exactly what did happen yesterday and hope that I didn’t embarrass myself as much as I fear I might’ve done.

Have yourselves a good Sunday, and I’ll see you again tomorrow for a distinctly less hungover blog.