11.58 – Arsenal will play Stevenage as part of their pre-season build up.

When you look at the quality they have throughout their squad – especially up front with Vieri, Totti, Del Piero and Inzaghi (although his quality is a bit suspect), coupled with fantastic defenders like Cannavaro, Nesta, Maldini – why they insist on playing such dour football is a mystery. Or it could be all Trapper Tony’s fault…..

Away from football, talk about snared rapid…. 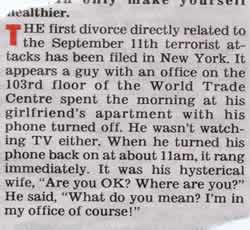