High risk, high reward, high turnovers. Arsenal’s build-up play is often about the first two and avoiding the third. And it is all made so much easier by the inclusion of Oleksandr Zinchenko.

‘Pressing is the best playmaker’, Jurgen Klopp once said. Win the ball high upfield and you don’t have far to travel, against a disorganised and unprepared defence, to get a good shot away. That one idea has changed the game into the one we see today, with teams pressing high, pressing with aggression.

But Arsenal, while it is a strength, have not always built up cleanly of late. As per a bot developed by markstats, Leeds had 11 high turnovers (incidents where possession started within 40 yards of the goal) against Arsenal. Nottingham Forest had eight, PSV (away) seven, Southampton six.

We go long from Ramsdale often but some of the play out from the back has been a little sloppy, even if some of those mistakes have then been well recovered by some good defending. But on Sunday, with Oleksandr Zinchenko back in the side, Chelsea had just two high turnovers in their favour. Neither led to a shot.

Chelsea just couldn’t close enough to press Arsenal and Zinchenko had a huge part to play.

Takehiro Tomiyasu also tucks in when he plays left-back but not as early in the build-up as the Ukrainian. The heatmaps below show where the pair have received the ball when playing on the left this season. Tomiyasu will shift inside but he is higher up the pitch when he does, mostly doing it as a defensive measure, closing the centre of the pitch in case of counter-attacks, and the shift is not as drastic. 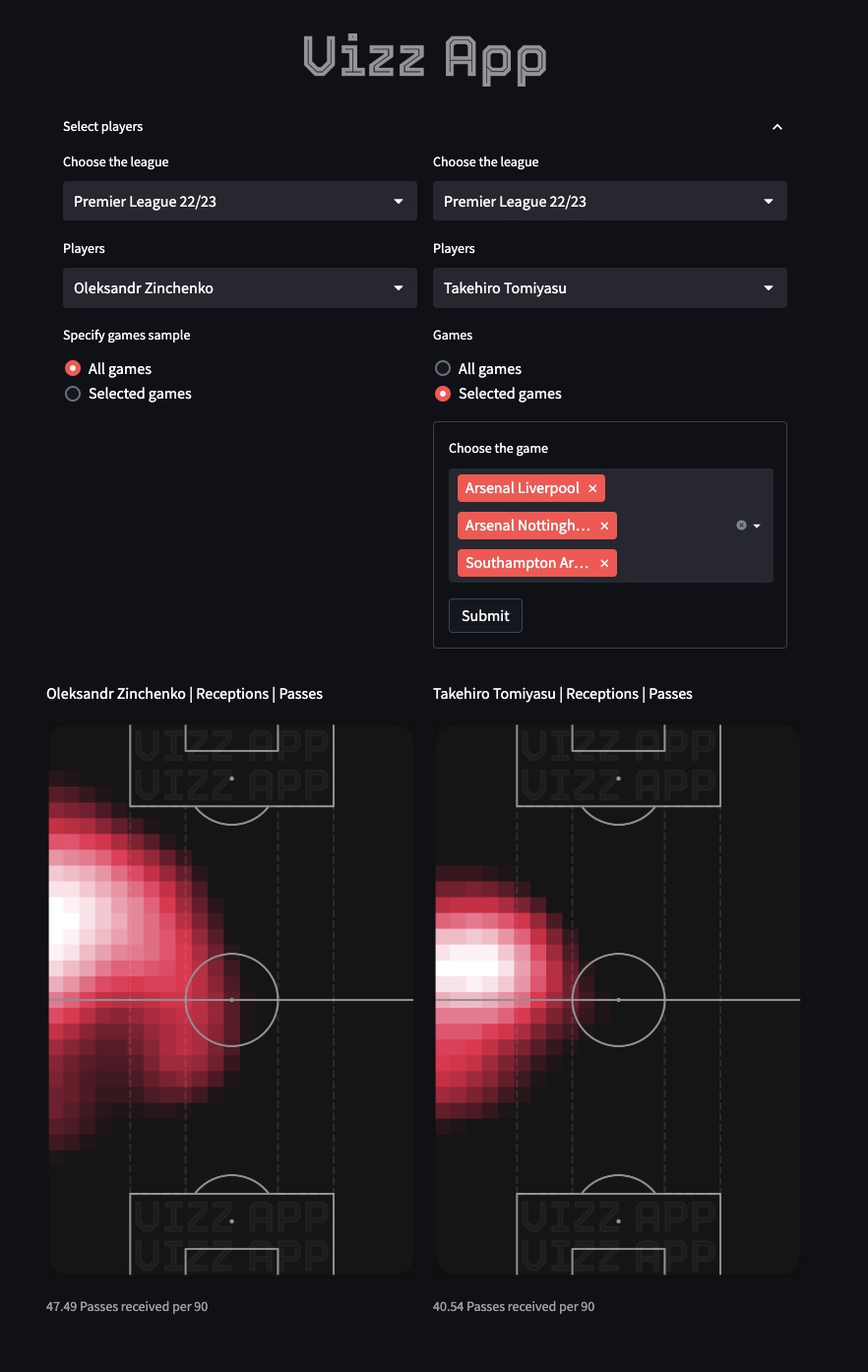 But Zinchenko’s movement inside is to aid Arsenal’s possession game just as much as providing a security blanket in case the ball is lost. With his incredible technical ability in calm in possession, the summer signing is an enormous weapon for stretching teams and creating attacks.

And that is why he came straight back into the side at Stamford Bridge at the expense of Kieran Tierney. It’s also a big reason Arsenal were in complete control: Chelsea just couldn’t get a foothold when it came to pressing high.

There is a great example from the third minute. Raheem Sterling was ready to press Gabriel if he received possession, Pierre-Emerick Aubameyang was positioned to press a pass out to William Saliba, Mason Mount guarded a long ball to Ben White in the same way, and Kai Havertz was stood ready to cut out a ball to Thomas Partey. But he had a problem when Partey dropped to one side of him and Zinchenko found a gap on the other. 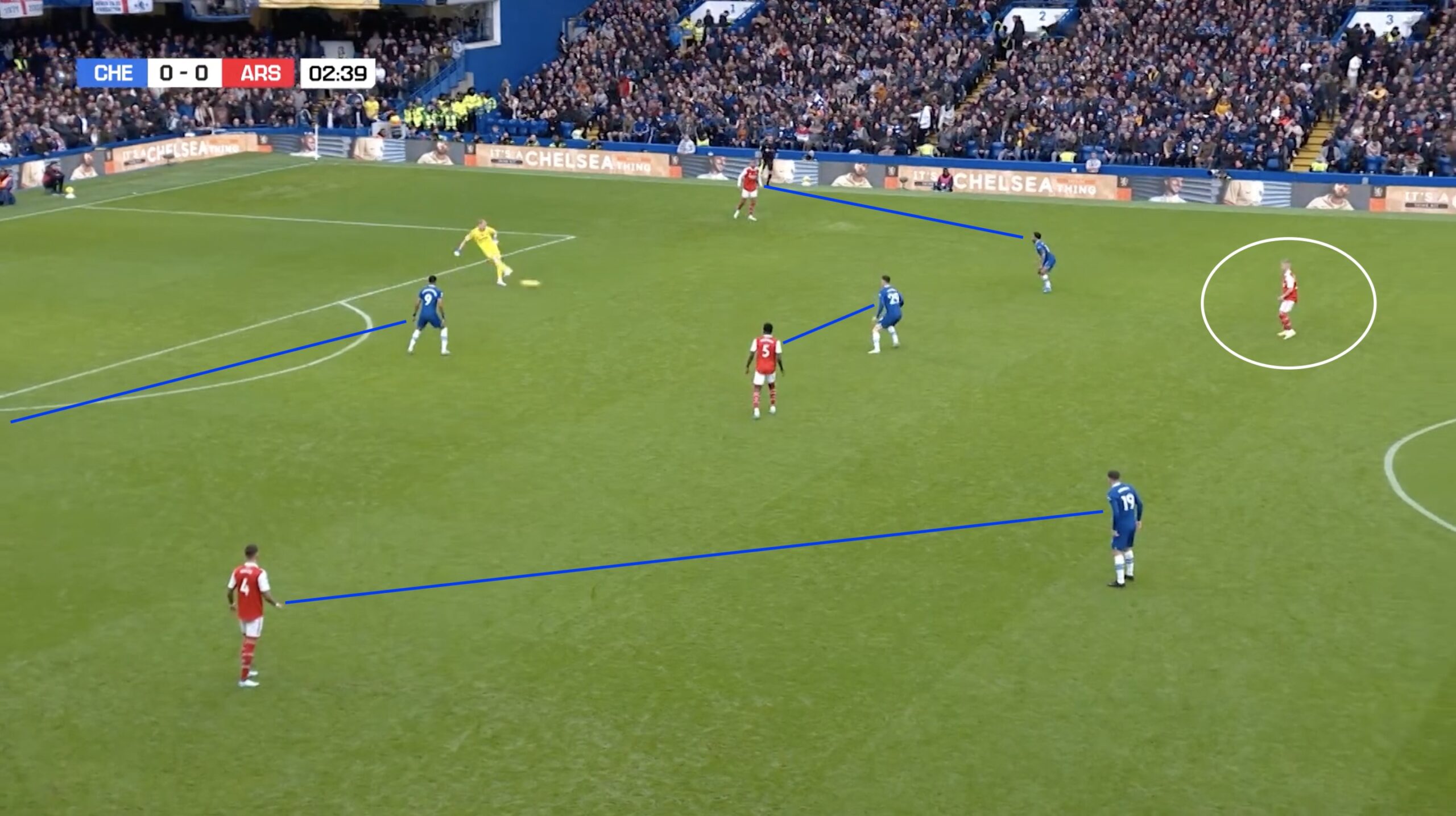 Chelsea’s front four had been outnumbered by Arsenal’s back five (six if you include Ramsdale) and Zinchenko found himself some space as the spare man.

There was no help from the Chelsea midfield as they had been pinned back and pulled apart. The tendency of Arsenal’s central midfielders to shift wide and play outside their markers created a huge hole in the middle of the pitch, with Ruben Loftus-Cheek and Jorginho following Granit Xhaka and Martin Odegaard respectively.

At times on Sunday Gabriel Jesus would drop into this gap, dragging Trevor Chalobah out of the backline and creating space for a run from either Gabriel Martinelli or Granit Xhaka through the middle. On this occasion, three minutes in, Jorginho sought to close Zinchenko down, meaning Odegaard could be found in plenty of space, ready to feed the ball through to Bukayo Saka, who drove at Marc Cucurella and won a foul. 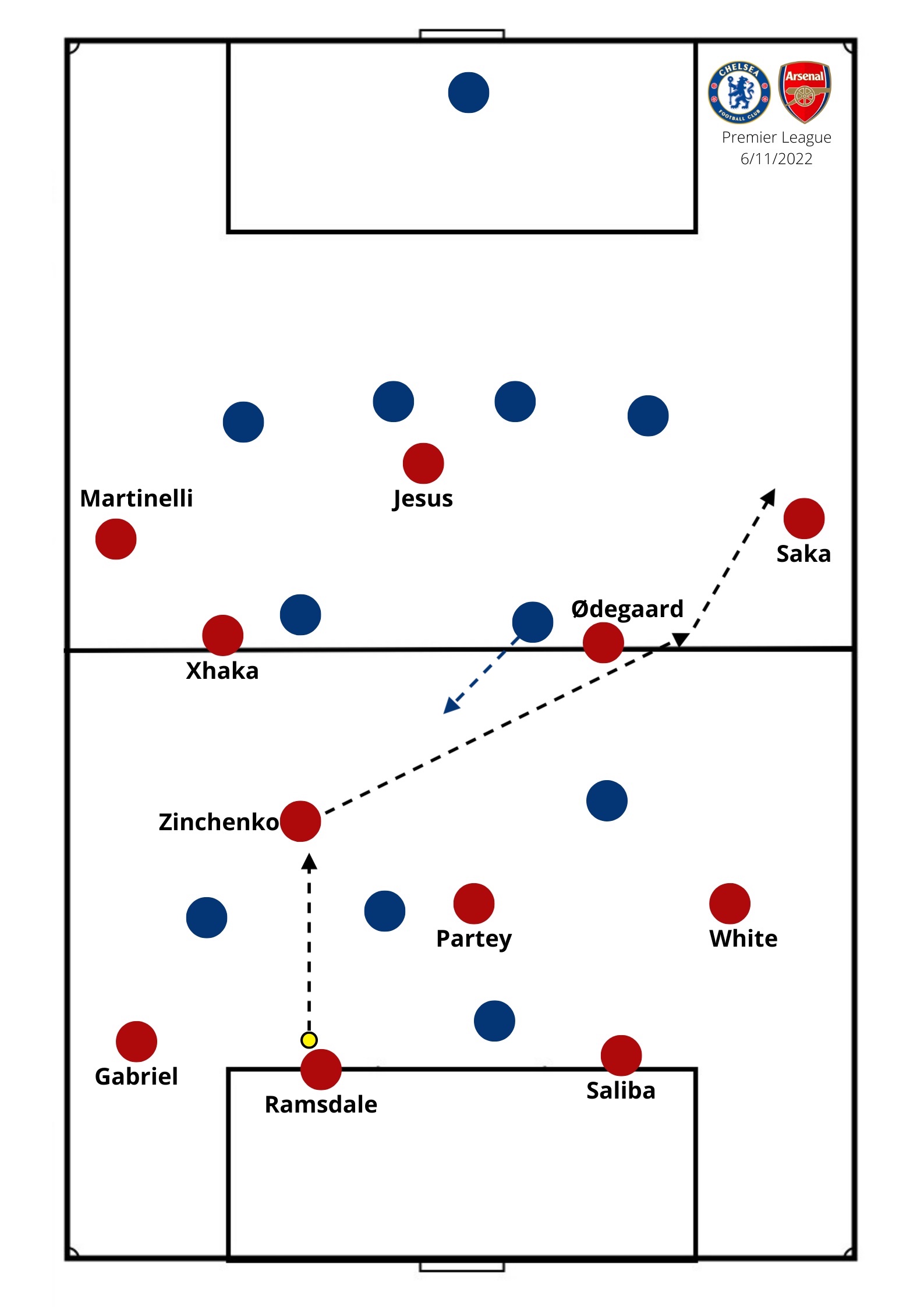 The move set the tone for Arsenal’s dominance and Chelsea’s struggles when the Gunners played out from the back. There was a clear willingness from the home side not to let Arsenal settle and to attempt to force mistakes, it just didn’t work. They were outmanoeuvred.

Two long balls over the top for the runs of Martinelli and Xhaka almost came off when Jesus dropped into the aforementioned hole in the heart of the pitch and was followed by Chalobah. Another time, Arsenal pulled the same move but found Zinchenko in space on the left flank, as he moved upfield to take advantage of Cesar Azpilicueta tracking one of Martinelli’s shifts into a more central area.

With the increased technical level of the squad paired with more confidence and a clear belief in the plan, Arsenal have developed the ability to dominate games with the ball, to launch attacks from their build-up play, and to leave teams scratching their heads as red and white shirts rotate positions, simultaneously creating and then filling spaces.

For Chelsea on Sunday, that meant trying to press became an exercise in trying to plug holes in the boat without taking on too much water. Press higher with more men, the space is behind. Track those Martinelli runs and the space is outside.

A truly dominant, possession-fueled away win against a big side feels like a huge moment for this Arsenal side, and now just one more victory will see us over the line and top of the league for Christmas.