Home Arseblog, the arsenal blog The goal must be goals 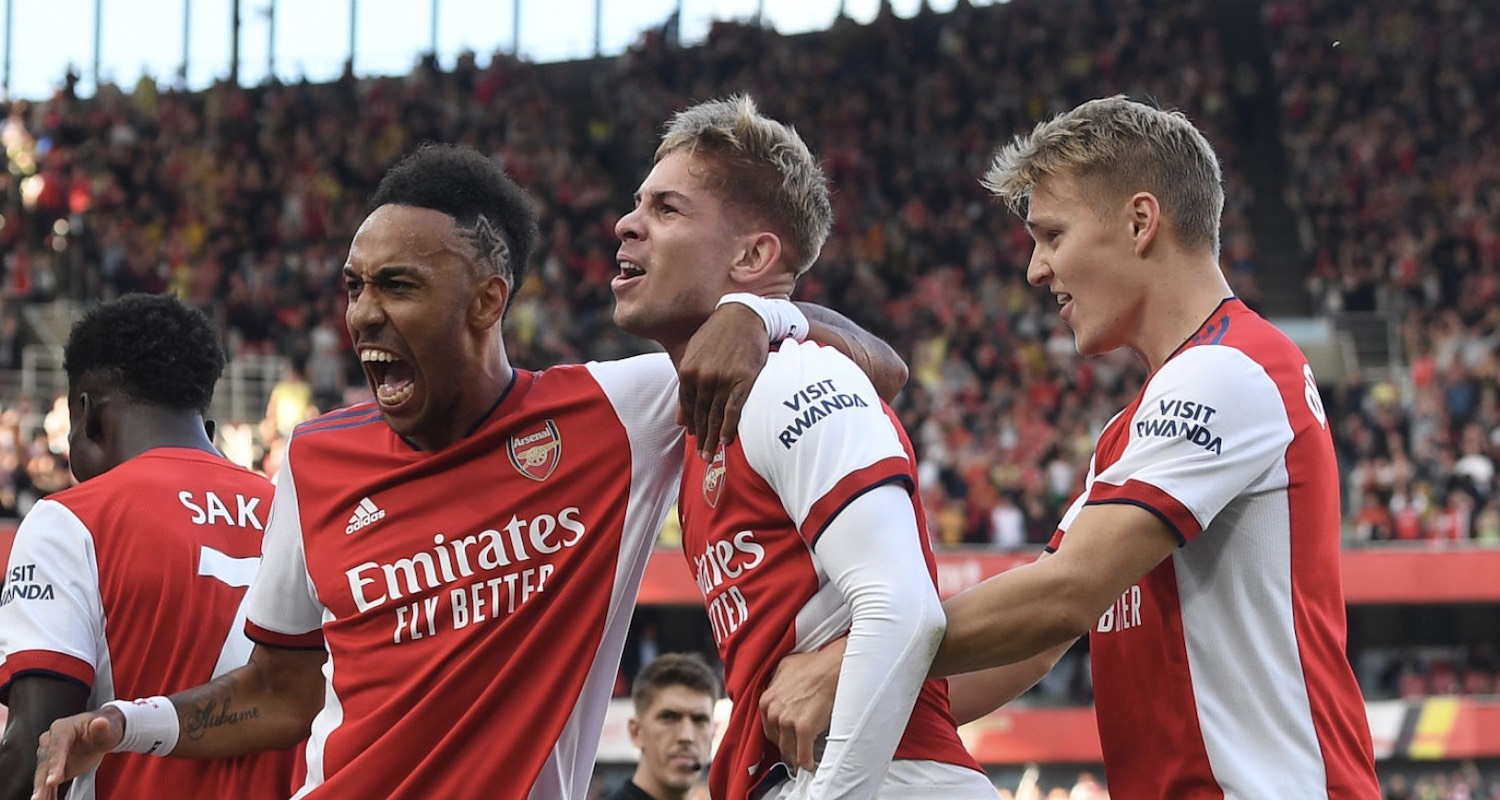 Some sad news to start the morning with … Facebook is back. Ah well. Any platform that gets that big basically becomes unmanageable and loses focus on anything except profit, but one that actively seeks to harness the negativity it causes is a malign influence.

I guess that’s something we all have to reckon with when it comes to social media. Obviously there are good people who use Facebook for good reasons, but when it’s no longer really a way to share nice pics between families and friends, and instead is co-opted to become a free for all marketplace and probably largest source of dangerous misinformation the world has ever seen, you have to stop and think a bit.

Also, if one company having an outage can half-cripple the online world, and also vital communication for so many people (WhatsApp and Instagram were down too), shouldn’t we stop to consider that and wonder if there’s a better way to build the web experience? Monopolies are bad etc etc.

Anyway, onto matters much more important, and this morning we’re talking goals. I love goals. 30 yard screamers; Pires-at-Anfield curlers; tap-ins; thumping headers; penalties; free kicks; floating chips; flicks; scrappy bastards that go in off someone’s arse-cheek; the precision pass finish into the corner where the goalkeeper knows exactly what the scorer is about to do but can’t do anything to stop it; deflections through a crowd of legs; flowing counter-attacks finished with a flourish; own goals; all of them. I love them – once they go in at the right end, naturally – and obviously I hate them so much when they’re scored against us.

The problem is we don’t score enough of them, nowhere near enough, and that is where Mikel Arteta has to produce a significant improvement. Being better defensively and keeping clean sheets are obviously positive things. I suppose it might be possible to score a low amount of goals and win a lot of a games by dint of your defensive strength, but it’s not really a great plan. The teams that win things, the teams that challenge for the title (or even the top four), tend to score a lot of goals.

It’s not 100% true, Chelsea scraped into the Champions League places last season with a mere 58 goals (just 3 more than us), but had the second best defensive record in the league which helped them win enough games to do that. But what did they do this summer? They went out and spent £100m on a striker to help them address that problem – and let’s remember, they spent big on a lot of attacking talent in the windows before that too.

From 7 games this season, Arsenal have 5 goals. We know the first three games have this cloud over them when it comes to analysis, but even that number over the last 4 games isn’t a great average. Goals give you margin for error. The wins over Norwich and Burnley were very welcome, and I absolutely think we deserved all three points in those fixtures, but we were a slip, a slightly mistimed tackle in the box, a set-piece, a tiny lapse in concentration, from a much less enjoyable result.

It’s been a running theme during this manager’s tenure that we don’t score enough goals and create enough goalscoring opportunities. When it clicks, as it did against Sp*rs last week, and in certain games last season when we stuck 4 past the likes of West Brom, Slavia Prague, Leeds etc, it showed that there are players who can do what’s necessary. It’s just impossible to shake the sense that Arsenal don’t offer sufficient threat on a consistent basis, and that is always going to be a hindrance when it comes to producing results.

I quite liked this stat:

Thomas Partey has attempted 30 shots from outside the box for Arsenal in the Premier League with just four of them on target.

I’m not a huge fan of Thomas Partey’s finishing in red and white, to be frank it leaves a lot to be desired, but the idea of someone shooting is all right with me. At times it feels like our goals are a bit Goldilocks, everything has to be ‘juuuuust right’ for it to hit the back of the net. Often those goals are quite aesthetically pleasing, but we need more than that. We need a bit of chaos, a bit of dirt, if not quite a battering-ram approach, something which can exist outside the sphere of passing lanes and all the rest. A measure of unpredictability which gives opposition defences pause for thought. Right now, if you get organised against Arsenal, you make life very tough for us, and we need to find a way to deal with that because that’s just a common sense approach that teams will use when they play us.

This isn’t really about players either, although I do feel like a goalscoring midfielder would add a lot to this team. When you have Pierre-Emerick Aubameyang, Alexandre Lacazette, Nicolas Pepe, Bukayo Saka, Martin Odegaard, Emile Smith Rowe, Gabriel Martinelli, Eddie Nketiah, and even Flo Balogun at your disposal (not to mention Zero levels of Willian), you can’t pin the blame on personnel.

Of course you can argue about how we can improve that roster, everyone loves a transfer and all that, but right now that’s who we’ve got, and those are the players that Mikel Arteta has to get firing. We made a big investment in this team this summer, and while the majority of that went on players to boost the other end of the pitch, there had to be some consideration given as to how they could help make us more effective at the attacking end.

It’s Arteta’s next big challenge, and one he has to overcome to make this team a success.

I really hope he can do it, because I really love goals, and I want more of them.