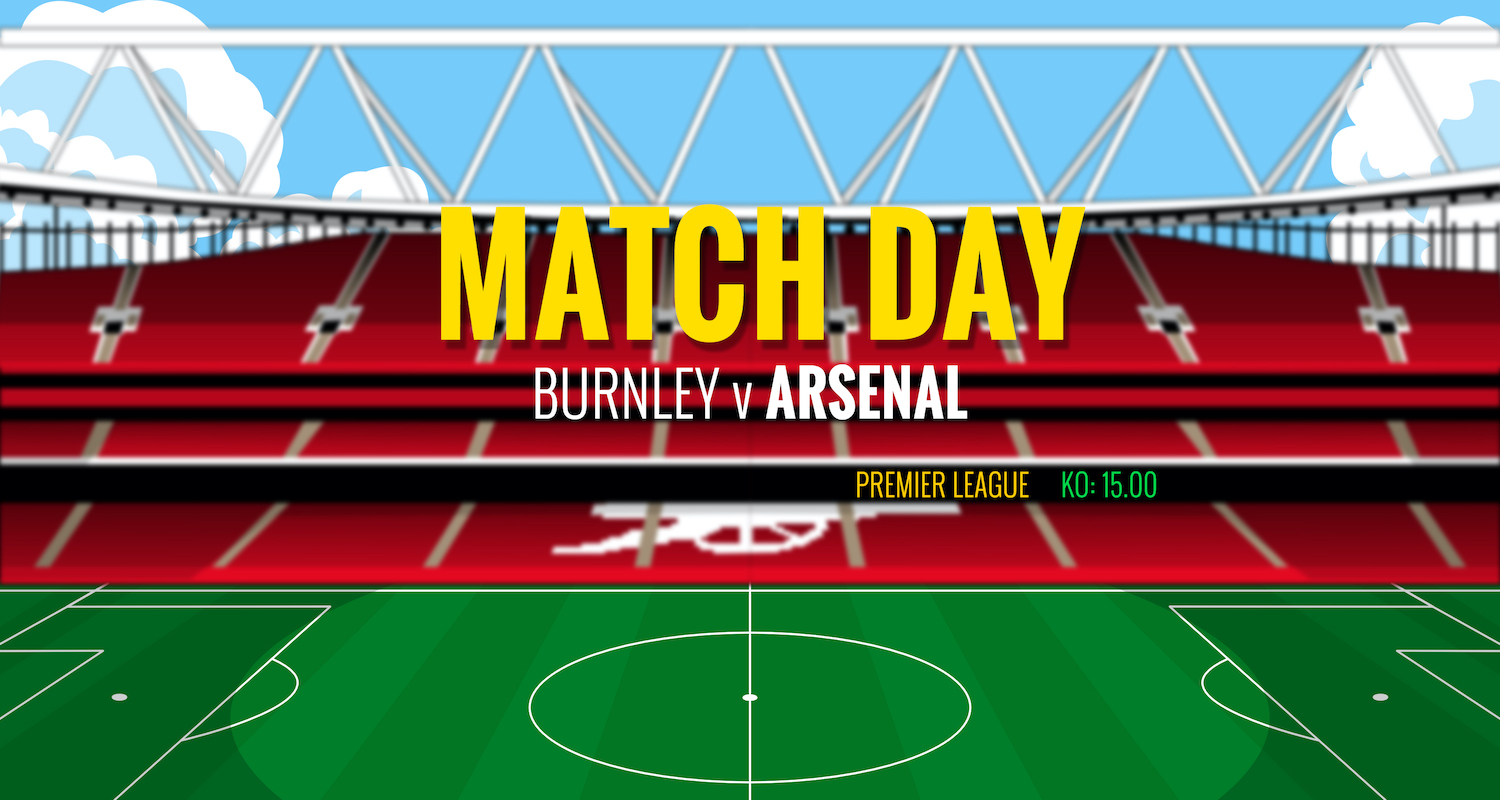 After Only Norwich last weekend, let’s hope Arsenal can make it Only Burnley today. Which is no disrespect to the opposition, more a comment on how a win would be classified by some.

Let’s be clear, this is going to be a tough game. It always is against Burnley, sometimes things go our way (the late Koscielny winner, the late Alexis winner); sometimes they don’t (the obvious handball last season, Granit Xhaka being far too Granit Xhaka for anybody’s good in both games last season).

In terms of team news, it seems that pretty much everyone is available to Mikel Arteta, although Rob Holding and Mohamed Elneny miss out. I don’t think this game hinges on their presence though, and even if they were available, I wouldn’t expect them to start. The manager picked a new look back five last week with Aaron Ramsdale, Takehiro Tomiyasu, Ben White, Gabriel and Kieran Tierney, and I fully expect to see that again. Any team’s ability to attack properly depends to some extent on their defensive platform, and being able to field a relatively consistent unit back there would be helpful.

The midfield question centres around Thomas Partey. Arteta was a little cautious about him pre-game, saying:

He has been training in and out this week, his load had to be managed because it was the early stages of the injury, what he had, but he is pushing everyone like he always does and he wants to be involved. We will make the decision at the weekend of what is best for him.

I’m curious to see who will play alongside him if he does start. I guess Albert Sambi Lokonga, and I don’t think his removal last week was any reflection on his performance, it was more about having to juggle things around because of Tomiyasu cramping up and having to come off. The two are, if not quite the same, a bit similar, but it’d be interesting to see how they might work together as a glimpse of a future which is a bit different from what has come before. I’m not sure Ainsley Maitland-Niles did quite enough in midfield last week to keep either of those two from starting.

The front four of Martin Odegaard, Nicolas Pepe, Bukayo Saka and Pierre-Emerick Aubameyang did well enough last week, but it was the introduction of Partey and Emile Smith Rowe which really made the team tick from an attacking perspective. Obviously game state had something to do with the plethora of chances we had in the final stages of the win over Norwich, but simply having that many players who were trying to drive the team forward played a part too. That said, I can’t imagine it’s something Arteta would start with away to Burnley.

We know that today is going to be a physical battle, and Burnley got away with some nasty challenges against Everton on Monday night, the referee was far too lenient. When you consider how they might approach this one, and how they view Arsenal, we’ll have to wait and see if that’s going to encourage them today. That perception that we’re a soft team is something Arteta is aware of, and he was asked about it beforehand:

We try to change it. We know that you guys use some words that I hate to hear but they’ve been used when we play this kind of opponent. Let’s change it. It starts like this, let’s change the narrative and put a different one.

At home with the crowd bellowing over every small thing, it’s going to be interesting to see how the referee (Anthony Taylor) responds. Will the Harvey Elliot injury last weekend have caused any ripples at PGMOL after Mike Riley’s ‘let it flow’ edict? Will the officials be instructed to, you know, simply implement the laws that are already in place to avoid another player getting injured? Let’s wait and see.

It’d also be wrong to suggest that Burnley’s only threat comes from clattering people, they have some players capable of causing any team problems, but it’s almost certainly something we’re going to have to contend with for the 90 minutes later on. We need to assume refereeing protection will be minimal, and that if Arsenal stand up for themselves, we’re more likely to be punished, but it is what it is. We have the players who can hurt them with the ball if we play the right way.

As I said earlier in the week, analysing Arsenal is tough because it’s basically impossible to know what we’re going to see. Nevertheless, there were green shoots over last weekend’s win, some things that we could be encouraged about, so let’s hope we see more of them today and that we can take three points back to North London.

As ever, we’ll have live blog coverage of the game for you, and all the post match stuff on Arseblog News. Come join us, wear your shinpads, and I’ll catch you later for the game.