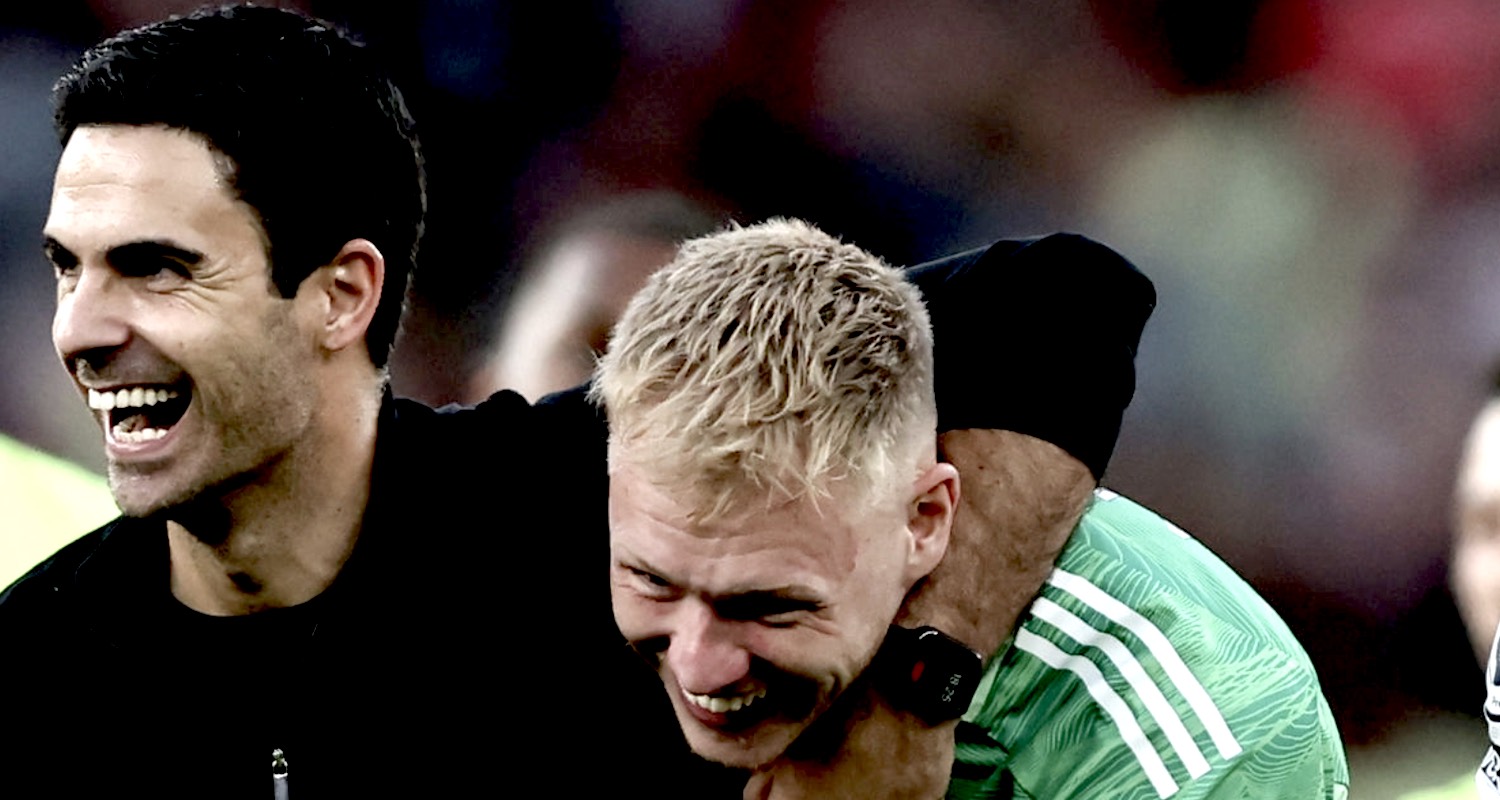 Morning all, hope you’re still basking in the warm fuzzy glow of that North London derby win and Harry Kane falling over. I know I am. So much so, I’m not even sure where to start today.

I’m always a bit cautious to make sweeping statements or grand pronouncements based on a small sample size, but it does feel as if something has changed with this side. Obviously, the main thing is that we’re winning games of football and not losing them, and that has a fairly significant effect on how people feel about things. However, when you lose, everything is terrible and utterly irredeemable, but it takes a bit more to convince people even when results go your way. You can easily apply caveats to downplay a victory (‘It was only Norwich’ for example), but I still think there’s been a shift of some kind.

The fact that the team was given a freshening-up has played a big part. Aaron Ramsdale has come in and won the hearts and minds so quickly, I can’t ever quite remember anything like it. He has a big personality, which is infectious. He’s worked hard on the pitch as well as working to create a connection between him and the fans during the games which is a really positive thing.

At the time when his signing was being heavily talked about, I think he was unlucky in a way because it came when everyone was in high dudgeon during the summer, and that transmitted to how people felt about him. Nobody could understand why Arsenal were going to spend that much money on a second choice goalkeeper, but as I said at the time, there was no way we were doing that. You don’t spend £24m on a back-up, you spend it on a player you’re earmarking for the number 1 spot, it was only ever a matter of when it happened, not if. The change happened more quickly than I had imagined, but it’s very much a case of so far, so pretty, pretty, pretty good for the new man.

James mentioned on the Arsecast Extra yesterday that during the last Interlull, Mikel Arteta had time to work with Ramsdale, Ben White and Gabriel on the the training ground, forming a key part of his defensive unit. It looks like that work has been beneficial, so it makes it even more impressive that Takehiro Tomiyasu has come in and been so effective so quickly. He has been fantastic, not simply in his defensive work and application, but how much he brings balance to the team in that area of the pitch.

Our ‘good’ defensive record last season was an interesting aspect of how the team was viewed, and I think in some ways it was misleading. It’s not that we were bad, it’s that I think we had to put so much into that side of the game that it came at the expense of other areas – in particular, the attack. You cannot be a good team that attacks well without some kind of defensive platform, but in modern football your defenders need to be able to play as well. You can’t expect stoppers to give you what you need.

The arrival of Ben White was carefully planned, a player to give us ball progression from deep areas. We know what Kieran Tierney does. Tomiyasu essentially operates as a right-sided centre-half when the Scotsman goes forward, but he links well with midfield. Gabriel is the epitome of the 2021 centre-half, a powerful physical presence with improving ability on the ball, and it looks to me like this is going to be the platform on which this team is going to build.

The derby win was particularly pleasing because we played so well. We’d have all taken a scrappy 1-0, you take any win you can get in a game like this, but the fact it clicked going forward and we were able to produce precision counter-attacks which ended with their ball in their net felt like a step forward. The next thing is to do this on a much more consistent basis, but regardless of the paucity of the Sp*rs performance, we still had to do our stuff, and we did.

I’m sure Arteta was pleased and relieved with what his team delivered. The caveats can apply to wins over other teams, but not in the derby. Everyone understands the importance, but also the difficulty that comes in this fixture. It was an acid test for him after the poor start to the season, and if there’s criticism for that, he deserves credit for this. He got it all pretty much spot on, the only possible issue is leaving subs a bit late, but I do understand a reluctance to change something which worked so well.

After his recent comments about the best 15 days of his footballing career raised eyebrows, he might well consider Sunday one of his best days – certainly in management. And it does feel a little like something has changed with Arteta himself. He talked consistently about the connection between the team and the fans over the last few weeks. If you’re cynical, it’s because he was trying to mend fences after all that had happened, and I do think there’s an element of that to it – because who among us wouldn’t try and do that in the same circumstances?

Still, I think what he said resonated, and played a part in the atmosphere inside the ground on Sunday which was cracking – even for those of us watching from afar. He is the manager of the club, and while his focus is on the team, he can have an impact in other ways. He can manage the occasion, as we talk about on the Patreon preview podcasts, and he did that perfectly for this game.

Has he been humbled, for want of a better word, by what happened in the opening weeks of the season? I think so. In a dark place and under real pressure, I think he was grateful that he got the backing required from key places, not least the players themselves. You don’t scrap out those two wins against Norwich and Burnley with a squad that doesn’t care, and you don’t produce that kind of football against Sp*rs without belief and togetherness running through the core of the team.

Now, the next thing is to do it more regularly, with greater frequency, but if everything felt like it was falling apart not too long ago, there’s a sense it might just be coming together again now. Fingers crossed.

If you haven’t had a chance to listen to the podcast yet, all the links you need are below. I’ll get that jingle up on Soundcloud at some point too (it’s already available to download for Patreon members in the Discord). For now, take it easy.