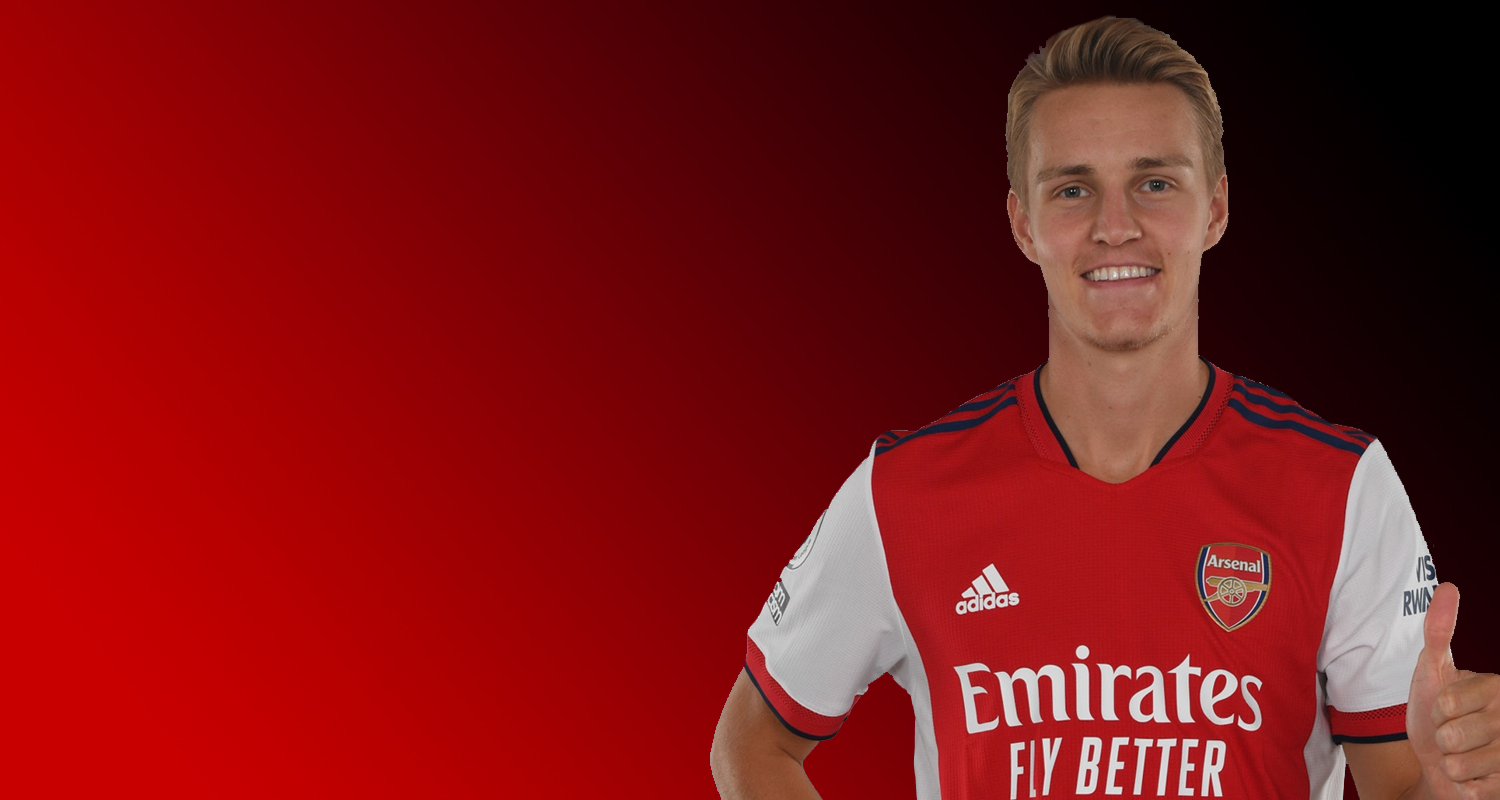 Having impressed during his six-month loan spell last season, Arsenal spent the summer playing chicken with Real Madrid before green-lighting a permanent deal for Martin Odegaard.

But what will the £30 million arrival bring to North London after his steady test drive around the block?

In what is surprising news to absolutely nobody: Arsenal lack quality in the final third. Whether you stand in the ‘these players are terrible’ camp or ‘Arteta cannot coach an attack’ corner, the numbers are damning. From having the third slowest attack in the Premier League last season, to matching the ball progression statistics of Newcastle and Burnley – something had to give. Martin Odegaard won’t solve every problem in N5 but his arrival is certainly a step in the right direction.

Stylistically, we saw enough of the Norwegian to understand his style and role within the side. He typically favours the right half-space and while some initially voiced concerns over him occupying similar areas to Bukayo Saka and Nicolas Pepe, his in-game intelligence proved he could facilitate and create without stepping on toes. More importantly, his presence (and the emergence of Emile Smith Rowe) offered some much-needed smelling salts to the Gunners’ sleepy frontline.

Odegaard created 18 chances in 767 minutes across all competitions for Arsenal last term. Granted, his sample size is smaller, but he stood clear of every other teammate having created a chance every 42.6 minutes – ahead of Smith Rowe (53.3), Kieran Tierney (66.2) and Dani Ceballos (66.4) in the leaderboards. The 22-year-old also created 4.25 shot creating actions per 90 last season, leaving him in the 86th percentile for attacking midfielders across the top five European leagues, while his 4.83 progressive passes per 90 placed him in the 87th percentile – highlighting his impulse to play forward and avoid the dreaded Arteta horseshoe.

An instant impact from @g_martinelli01 🔥

And how about that Odegaard pass? 🤤 pic.twitter.com/YG4eIJSdE6

The Drammen-born playmaker is also a gifted dribbler and ball carrier. Odegaard is extremely sharp in tight spaces, boasting quick feet and body movement to escape markers when pressed, while also maintaining possession when possible. He completed 1.8 dribbles per 90 last season – more than any other midfielder at the club – but his 8.6 progressive carries should be cause for excitement. This placed him in the 92nd percentile among positional peers, demonstrating an ability to drop deep and drive alongside his more metronomic qualities further forward.

Defensively, there is still some ambiguity surrounding the Norwegian. At his peak, Odegaard averaged 1.7 tackles per 90 during his spell at Vitesse, while averaging an incredible 8.2 ball recoveries per 90 at Real Sociedad. But his role at Arsenal is slightly different and could be described as ‘passive defending’ – we have seen the 22-year-old work hard, but his job will likely revolve around engineering the press and cutting off passing lanes, as opposed to winning direct duels (entirely normal for a number ten).

“We’ve done everything to get Martin performing for the team, which I think he has done, and adapted really well to our way of playing and our football club,” said Mikel Arteta last season.

“Hopefully, we have given him the hope and the feeling that this could be a good place for him.”

And so, the prophecy rang true.

While the numbers are interesting – they are likely secondary for many Arsenal fans. Most have seen him play enough to gauge his qualities. What will be of interest is what his signing means on a wider level. Technically, the club have secured one of the best young playmakers in Europe who will welcome responsibility and inject some urgency into their passive build-up – a common theme among their earlier summer signings. Worries over Smith Rowe falling down the pecking order have also been eased, with Odegaard being able to play with the Hale End graduate and in place of him, which is an entirely responsible situation considering his injury history.

Losing the season opener against Brentford has put both Arteta and Edu under further pressure – maybe they sell trust in the form of $AFC Fan Tokens?! – but their business thus far has hinted towards sensible planning. Nuno Tavares and Albert Sambi Lokonga are both 21 and have settled quickly, while Ben White (23) presents an exciting, modern option at right centre back despite his difficult debut.

Odegaard follows that trend at 22 years of age, with sizeable experience behind him, leadership qualities as the captain of Norway and ideally the capacity to improve. These players also future-proof the club with the manager facing an increasingly uncertain future.

The interest and clamour for James Maddison has understandably clouded this deal for many. Maddison is an all-action, shiny new toy that scores and assists with consistency, but he is a bit older. Odegaard is far more subtle in both style and stature but could be just as effective for Arsenal despite needing to improve his output. He is well-liked at the club, clearly enjoyed working under the manager and ticks’ boxes for what Arsenal want to achieve, both tactically and culturally.

Albert Einstein famously said: “creativity is contagious, pass it on” – it’s time for the Odegaard variant to storm through London Colney.