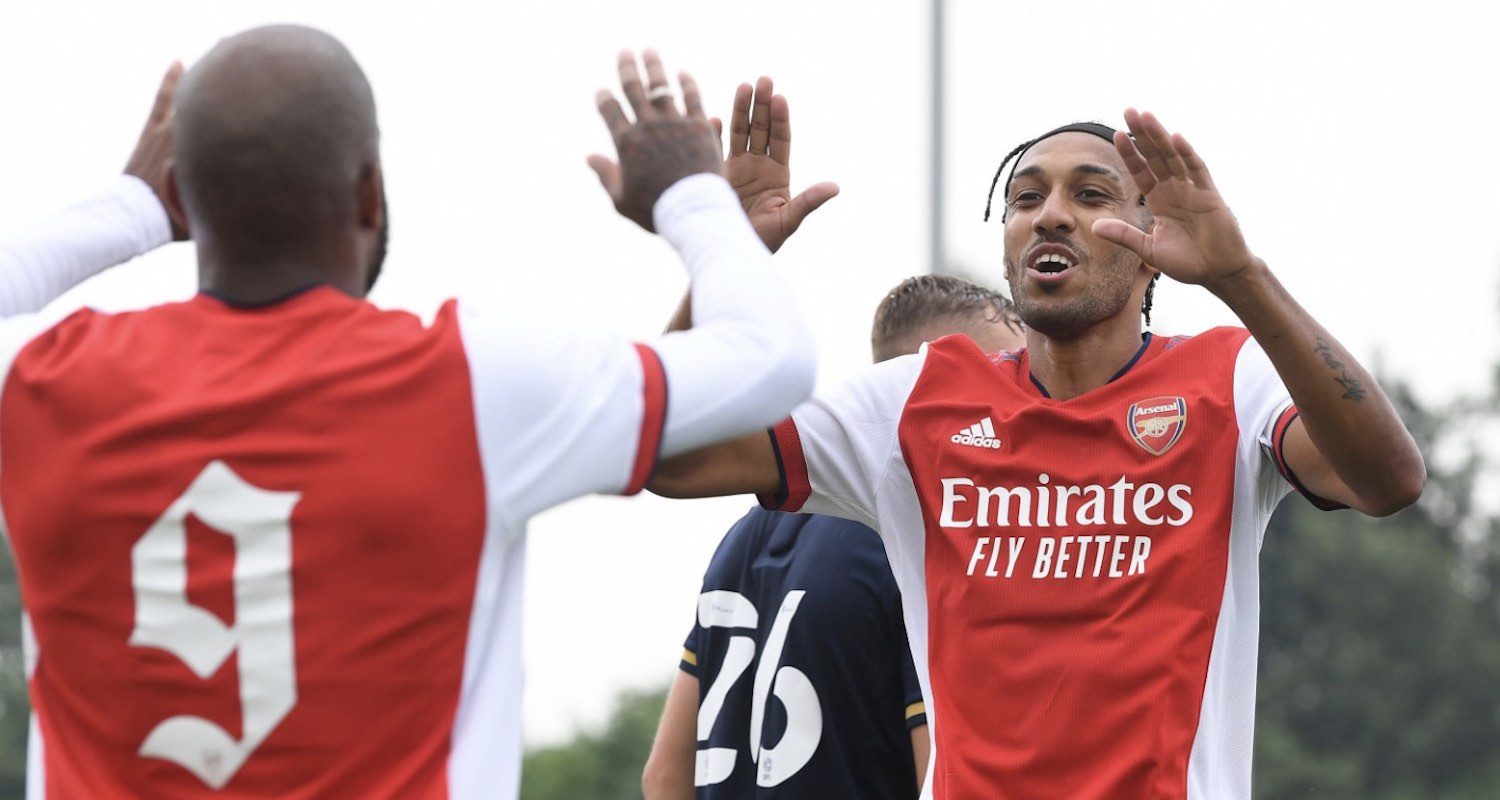 Last night’s team news announcement put paid to some of the scurrilous rumours that have been doing the rounds about the absence of Pierre-Emerick Aubameyang and Alexandre Lacazette for the season opener against Brentford.

As seemed fairly obvious given the world we live in right now, the two contracted Covid-19, and were thus unable to play. So too did Alex Runarsson and Willian, and the first thing to say is that hopefully all four make a full recovery. Regardless of how fit and relatively young men react to this virus in general, there are always exceptions and hopefully they get well soon.

In fact, Aubameyang could be in line to make the squad for Sunday’s game against Chelsea. It’s been a tough year for him, with malaria and now Covid, and this is far from the way he’d have liked to start a new season. He an indifferent campaign last time around, and I’m sure he’s desperate to rediscover form and start doing the thing he does best: scoring goals. This hardly helps.

Runarsson and Lacazette remain absent from the squad for this weekend, and Willian, who hasn’t been seen since the friendly against his former club on August 1st “is adhering to protocols. His health and fitness will be monitored and assessed ahead of Sunday’s match.”

So, no great conspiracy, no falling out, no strike as some suggested.  Even with this clarity I’ve seen people doubt the news, so I guess there’s a cohort who simply won’t believe anything. Let’s be clear, the club are not going to come out and tell people that players tested positive for Covid-19 to cover up something else. That’s tinfoil hat territory, and it’s a ten-gallon tinfoil hat at that. I can’t explain why it took so long to provide this clarity though when such an update could easily have been provided much more quickly, but again, you don’t tell the world someone has an infectious, dangerous virus when they don’t.

That said, I’d love to know how this played out behind the scenes. Were the Premier League really willing to overlook four Covid cases so the start to the new season, with a high profile Friday night TV game, wasn’t cancelled? What is the protocol if a club is afflicted with a clutch of positive tests? How many does it take for the game to be cancelled? We now know it has to be more than four – because they’ve set that benchmark with us – but how many? Five? Seven? Is is true the players had to travel to the game on their own, and not together on the team coach?

I’m making no excuses for Friday’s performance and defeat to Brentford at all, but it’s still a huge disruption to go through that kind of last-minute upheaval. Not simply to the game plan that would have been in place throughout the week, but even something as basic as getting to the stadium. I know they’re professionals, and again what we did on the pitch last week was just not good enough, but adding all that to the context of Brentford’s first game back in the Premier League, TV coverage, fans back and all the rest, it was the perfect storm for the home side and a poxy hurricane for us. The only response, of course, is to turn up against Chelsea on Sunday in front of our own fans.

Today should see the official announcements of both Martin Odegaard and Aaron Ramsdale. Both have to be registered by midday today to be eligible for the Chelsea game, and while there’s nothing complicated for the Englishman, because we’re now in the post-Brexit we’re apparently sweating on a visa being issued in time for the Norwegian captain. That would be annoying if it weren’t issued in time. Knowing our luck, the person at the Home Office tasked with sorting it out will probably be a Chelsea fan, and won’t send the confirmation until 12.01.

If it is sorted though, Odegaard – at the very least – gives us something from the bench, and when you look back at what we had to try and change the game last Friday, it very obviously wasn’t enough. I can’t see Ramsdale immediately getting the nod ahead of Bernd Leno, and realistically his first game will probably be against West Brom in the League Cup next Wednesday.

For more reading on Odegaard, Tim’s column this week lays out what a good signing this. Later on, after it’s official, we’ll have a profile piece from Phil Costa with some interesting stats and, while I don’t want to be accused of posting spoilers, the soon to be former Real Madrid man created a chance every 42.6 minutes across all competitions. That put him ahead of everyone else, including Emile Smith Rowe and Kieran Tierney. I think with the move now permanent, and with plenty to prove for all kinds of reasons, we’ll see him become a big influence on this team and how it plays.

Right, let’s leave it there for now. For your listening pleasure, a brand new Arsecast featuring Arsenal/transfer chat with Simon Collings (@sr_collings) of the Evening Standard, after which I’m joined by Philippe Auclair (@philippeauclair) to chat about an investigative piece he’s written about the Premier League, money laundering, and gambling companies (you can read that here).

The manager’s press conference takes place early this morning, so we’ll cover that and all the other bits and pieces over on Arseblog News throughout the day. Chelsea preview pod drops on Patreon later this afternoon.

Until then, stay safe.