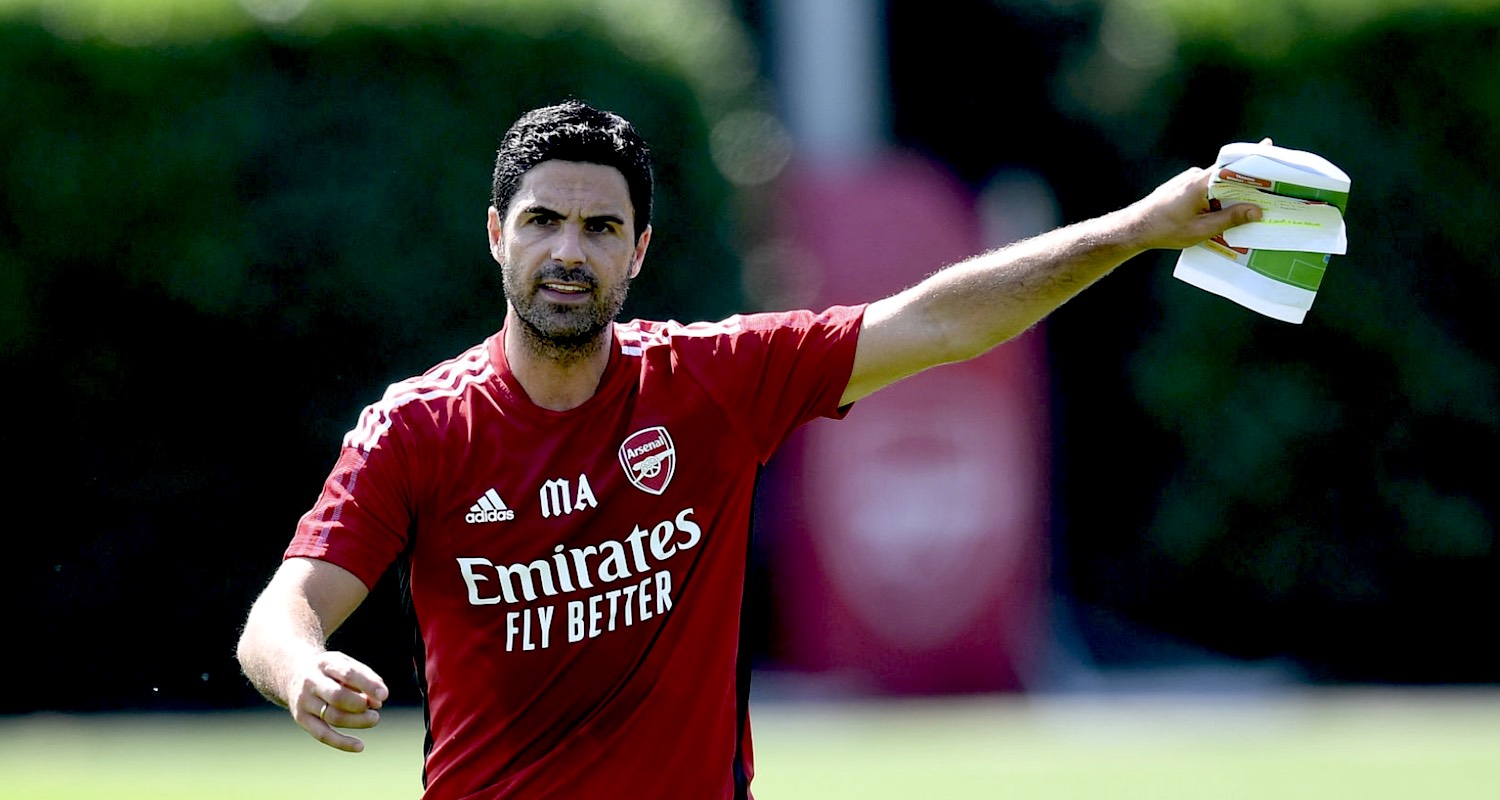 An interesting aspect to our transfer business this summer is that we’re fairly obviously looking to build a relatively young core to the side. We have some of it already. Kieran Tierney, the next captain, is 24. In the last 12 months we’ve handed long extensions to Emile Smith Rowe, Gabriel Martinelli, Folarin Bolagun and Bukayo Saka, who are 20, 20, 20 and 19 respectively.

We’ve added a couple of 21 year olds in Nuno Tavares and Albert Sambi Lokonga. This week, 23 year old Ben White will join from Brighton. We’re pursuing 23 year old goalkeeper Aaron Ramsdale (a player we are not going to pay £40m for, btw – a classic example of how we’re hardwired to believe the stories we don’t like); and other targets we’ve been credibly linked with, like Manuel Locatelli, James Maddison and Ruben Neves are all 23/24 years of age.

There are clear football reasons to build a squad like this. Ideally, they grow and develop together – aided by the experienced players – and come together to become a side which represents a generation. Whether it’s successful and wins things, I can’t say, but I can see the outline of this particular plan. Whatever you might think of some of the names, to have something approaching a clear strategy to our recruitment is a good thing.

In general terms, when supporters can see a plan, it generates some patience and understanding. It may not translate to a manager if he fails to achieve results, because you don’t get to point to a coherent, long-term recruitment strategy as a fail-safe if you don’t win enough football matches, but managers come and go in football, and it’s how the club operates that’s really important. The 20+ years with Arsene Wenger at the helm have made the last few years more turbulent because we’re experiencing what happens pretty much everywhere else for the first time in a long time.

Football management is essentially controlled chaos. There is no such thing as job security really, only in very rare cases does that happen. Failure equals dismissal. Even success can equal dismissal. Out you go, in comes the next guy, and the cycle continues. So, what’s cautiously pleasing about what’s happening now is that it feels like it’s the kind of business that’s future-proofing the club itself.

Let me explain: I think Mikel Arteta is trying to bring in players to build a team which he can manage to a degree of success commensurate with the expectations of Arsenal. He knows his job depends on it, so he’s going to recruit first and foremost with that in mind. At the same time though – and I can’t say for sure that he’s thinking of what might happen if he loses his job – the club is bringing in players who would survive his departure and be perfectly set-up for a new manager to come in and work with. So far, we aren’t involved in any short-term quick fix deals.

The question is how intertwined are the decisions Arteta is making with regards his own future and the future of the club? Most head coaches don’t care about what happens if they get the bullet. Off they go to the next job. That’s the way it goes. And if Arteta was head coach, I would say he’d be of a similar disposition. However, we made him manager around a year ago, and with that comes a greater responsibility. A head coach only has to think about what happens on the pitch, a manager has to think of the institution itself.

So, this summer’s business, as and when it’s complete, has to be to the tastes of the manager because he’s still the one who has to pick the team, and he’ll be out the door if results aren’t up to scratch. It also has to be set up to survive him though and, if that is the case, the next man coming in to a team with all the young players I mentioned will have plenty to work with. I do wonder if that’s something Arteta has thought about, and if it has influenced any of our decisions this summer. He’s spoken more than once about the responsibility he feels to return Arsenal to where he, and we as fans, feel it should be, so it wouldn’t be a surprise.

The other aspect to this kind of recruitment is financial. It’s taken Arsenal too long to learn the lesson about future value when investing in transfers. Barely 12 months ago we handed a huge extension to a 31 year old striker, and gave a 3 year deal to a 32 year old. One you could make a reasonable argument for, the other was always suspiciously stupid. So, we’ve come late to this party, but better late than never.

Even if the 20-24 year old players don’t work out as well as we’d like, they retain some value. You’re unlikely to make a loss. Someone like Matteo Guendouzi, who behaved badly, then had a mediocre loan spell at a mediocre Bundesliga club, saw us generate a small profit when he departed for Marseille this summer. That’s a player who might have been worth more, no question, but ultimately it was his behaviour which tanked his value. You can’t on the one hand demand that Arsenal don’t indulge prima donnas and instill some discipline, then get outraged when we go. But as a case study, it’s a good one.

Not every young player will have disciplinary issues, some just won’t perform to the standard or find it hard to develop the way we want, but their ages and their experiences in the Premier League will ring-fence some of their value. Particularly if they are English/homegrown, another aspect to a number of our targets this summer.

Like many of you, I’m beginning to get a little anxious about the lack of immediate first team improvement during this window. I’d feel a lot more confident going into those opening games of the season with the central midfield area bolstered properly, and I think we run the risk of having a bloated squad with too many players we don’t really want unless we start to move a few on.

However, I’m cautiously encouraged by what appears to be a move towards a group of young, dynamic players who – even if things don’t work out for Mikel Arteta – won’t be the kind of burden late 20s/early 30s players are. You can use them, do better with them, or you can move them on, and they’re at a point in their careers where just sitting out a lucrative contract isn’t an issue. We’re still dealing with a few of the latter right now, but let’s hope there’s some fire left in some of those bellies which might enable us to shift them before the end of window.

Right, let’s leave it there. Brand new Arsecast Extra below. Till tomorrow.