Home Arseblog, the arsenal blog If there’s a chance to bring Martin Odegaard back, do it 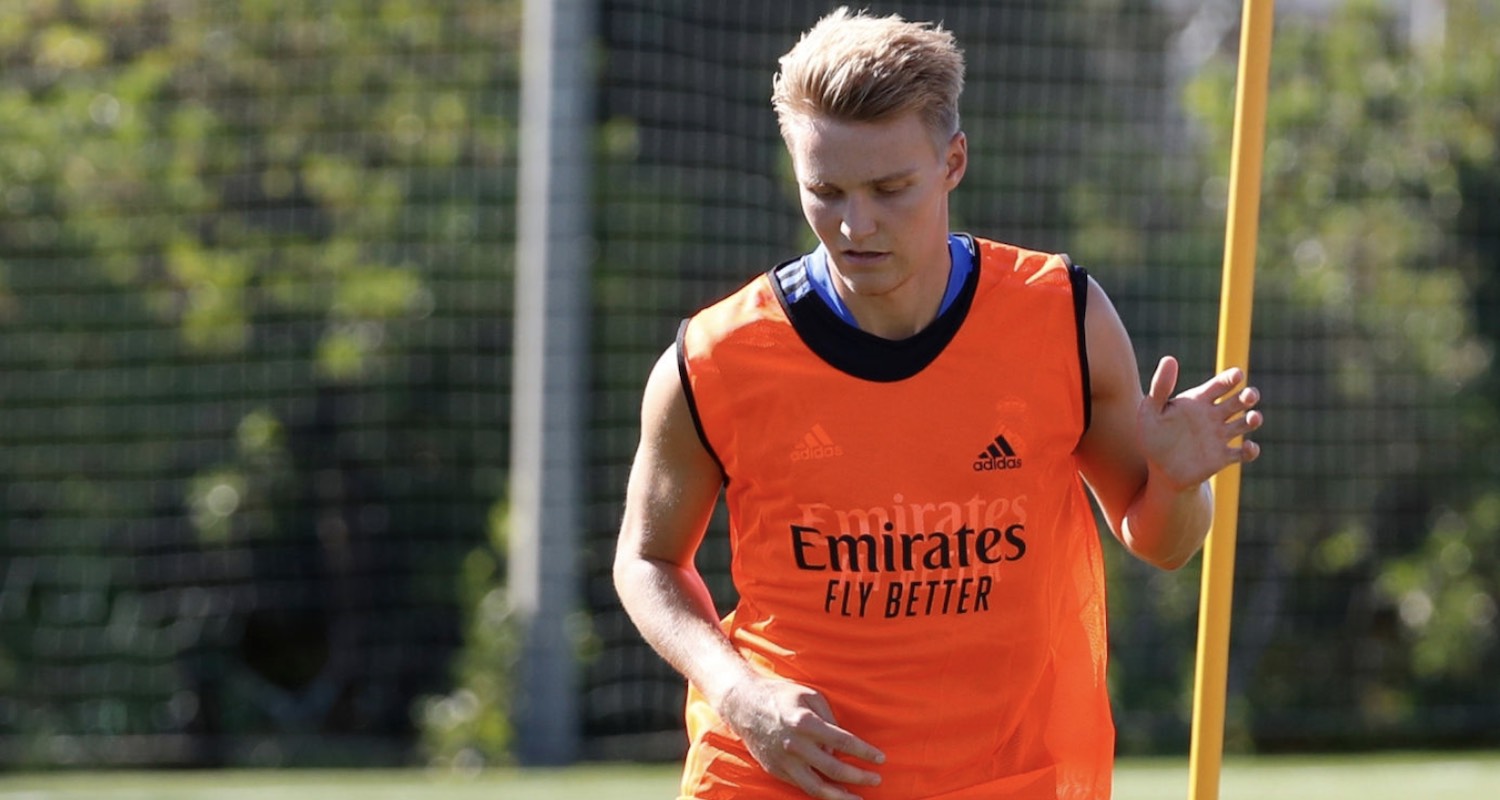 Earlier this month, Martin Odegaard released a statement which seemed to pretty much close the door on any possible return to Arsenal. It came after stories which said Real Madrid and new boss Carlo Ancelotti had given him assurances over his involvement next season.

Over the last few days there have been some reports from Spain which suggest all isn’t rosy in the Odegaard/Bernebeu garden, he appears to be ‘disconnected’ from his teammates, with some going so far as to say he has instructed his people to try and make a move to Arsenal happen. Now, quite how much veracity there is to it, I can’t say. It does feel a bit like it’s a no-smoke-without-fire situation, but there are so many agendas at play during transfer windows you can’t ever be really sure.

Is it coming from the player’s side because he realises he might be more important/influential at Arsenal? It could easily be Real Madrid doing their best to push a player out the door because they want the cash that a transfer would bring in. It could be a little from Column A, a little from Column B. Maybe there’s nothing to it at all. Nevertheless, it’s interesting, because I think Arsenal have always felt there was a chance this might happen.

Obviously, I can’t say for certain we didn’t go all-in on Emi Buendia because we were holding out for someone else, but it might explain why we didn’t compete more vigorously for him. When you look at the money we’re potentially spending, it’s not as if we couldn’t compete in that regard. Maybe he just wanted to go to Aston Villa, and if so fair play, but it has always felt a bit like we’ve held out some hope on Odegaard.

Arteta could not have been more complimentary about him during his time on loan with us. He talked up his quality and his character, and I’m certain if we could bring him back it’s a deal the manager would green light in an instant. I have to say, I’d be very pleased with it too. I know he had a spell when he didn’t quite do as much as he did in his first couple of months, but he had a problematic ankle injury sustained on international duty, and to me he looked like a player who was struggling because of that.

Quite rightly, people talk about the impact Emile Smith Rowe had when he came into the team towards the end of December, but I think overall Odegaard was a positive aspect to the second half of our season too. It’s also worth remembering that it was a still a team which didn’t create anywhere near enough, and while some of that can be put on individuals, I think it’s fair to say it was far more structural, a system-based flaw, than anything else.

For me, there are obvious boxes ticked by an Odegaard return. He knows the club and the players/manager; he’s already got some Premier League experience under his belt; he gives us creative depth which allows us to not place all that burden on Smith Rowe; and there were performances last season from him which really augur well for what he can do on a more consistent basis. Not to mention that, as per yesterday’s post, at 22 he fits the age profile of our recruitment plan this summer. I also think that Madrid’s need for money could make a permanent deal pretty affordable, all things considered. Even a loan + obligation would work, as long as it isn’t just a loan.

I have noticed a lot of Odegaard v James Maddison discussion, which I think misses an important point: Odegaard is kind of a modern twist on a classic 10, Maddison is not. He doesn’t even think he is himself, this is what he said last year when asked about his best position:

I do think Maddison is a good player, but I’m also super wary about handing Leicester £60m+ to reinvest given how smartly they’ve spent in recent years. So for me, Odegaard is the better option for the attacking midfield signing most people would acknowledge we need, and I don’t think Maddison is quite convincing enough to be the Partey Partner. Not that I would turn my nose up at both, but I think one is potentially more doable than the other, and that involves taking advantage of Real Madrid’s monstrous debt and, crucially, Odegaard’s reported willingness to come back to North London.

For me this is a key thing: there are great players on the market and available, I’m sure, but we have to be realistic about our situation and our damaged stature. We don’t have European football to offer the top talent, so if a player like Odegaard is available and is willing to join us in spite of that, we need to recognise that we’re probably not going to be able to attract anyone better. Which isn’t to downplay the Norwegian, I like him a lot and I would do this deal tomorrow if I could, but taking stock of where you are and admitting that the pool we have to choose from is smaller than some of the clubs above us has to inform our thinking.

As I’ve mentioned before, we have Smith Rowe, we will have Saka back soon-ish – and I don’t think we should ignore the possibility of a more central role for him – so the pursuit of another attacking midfield signing is one which could go right until the end of the window. I guess there are some risks involved in that, but if they feel confident they can get their man, it’s probably one worth taking. My gut feeling is that signing Odegaard is still something of a long shot, but sometimes those don’t go over the bar and into the stands, they fly into the top corner.