Morning, a quick Sunday blog for you.

Arsenal made their first signing of the summer when Nuno Tavares arrived from Benfica for a fee believed to be around €8m. A back-up left back is hardly the most exciting addition to the squad, but it’s still something we needed. It’s a challenging one because if Kieran Tierney is fit, the bloke who provides cover for him isn’t going to play a great deal, so you can do it two ways.

First, you bring in a veteran who is seeing out his career and is happy to deputise as and when needed. Or second, you go for a young guy who might develop into a decent player but even if he doesn’t you’re not lumbered with a big contract and wages. This type of signing is also likely to retain some transfer value, so it makes a lot of sense.

That is one of the things about this deal which is most encouraging. It’s some evidence that we have started to learn lessons we’ve made in the past. We’ve had too many of the other kind of signing who just haven’t contributed much of substance on the pitch so doing things differently, even if it’s obvious, is a positive thing.

As for the player himself, he’s a rangy, attacking left-back whose strengths are in the opposition half, and who still has plenty to learn from a defensive point of view. You can fully understand why his attacking prowess is something we’re keen to have in reserve, because Tierney gives us so much in that regard. We made life more complicated for ourselves last season by going from Tierney to Granit Xhaka simply because it changed so much. A left-back who attacks became a left-back who barely crosses the half-way line. Tavares means that kind of nonsense doesn’t have to happen.

As for his defensive issues, that’s something that can be worked on. He is just 21 and hasn’t even played 50 professional games yet, so some of it is surely down to inexperience too. How far he can go, how much he can develop, we have to just wait and see. I have no idea if he’s going to be good enough, but as a signing which demonstrates some thinking as part of a sensible recruitment strategy, it makes a lot of sense.

He speaks pretty good English already, which is good, and as others have pointed out, his favourite player in the current squad is ‘The Smith’, which is quite endearing: 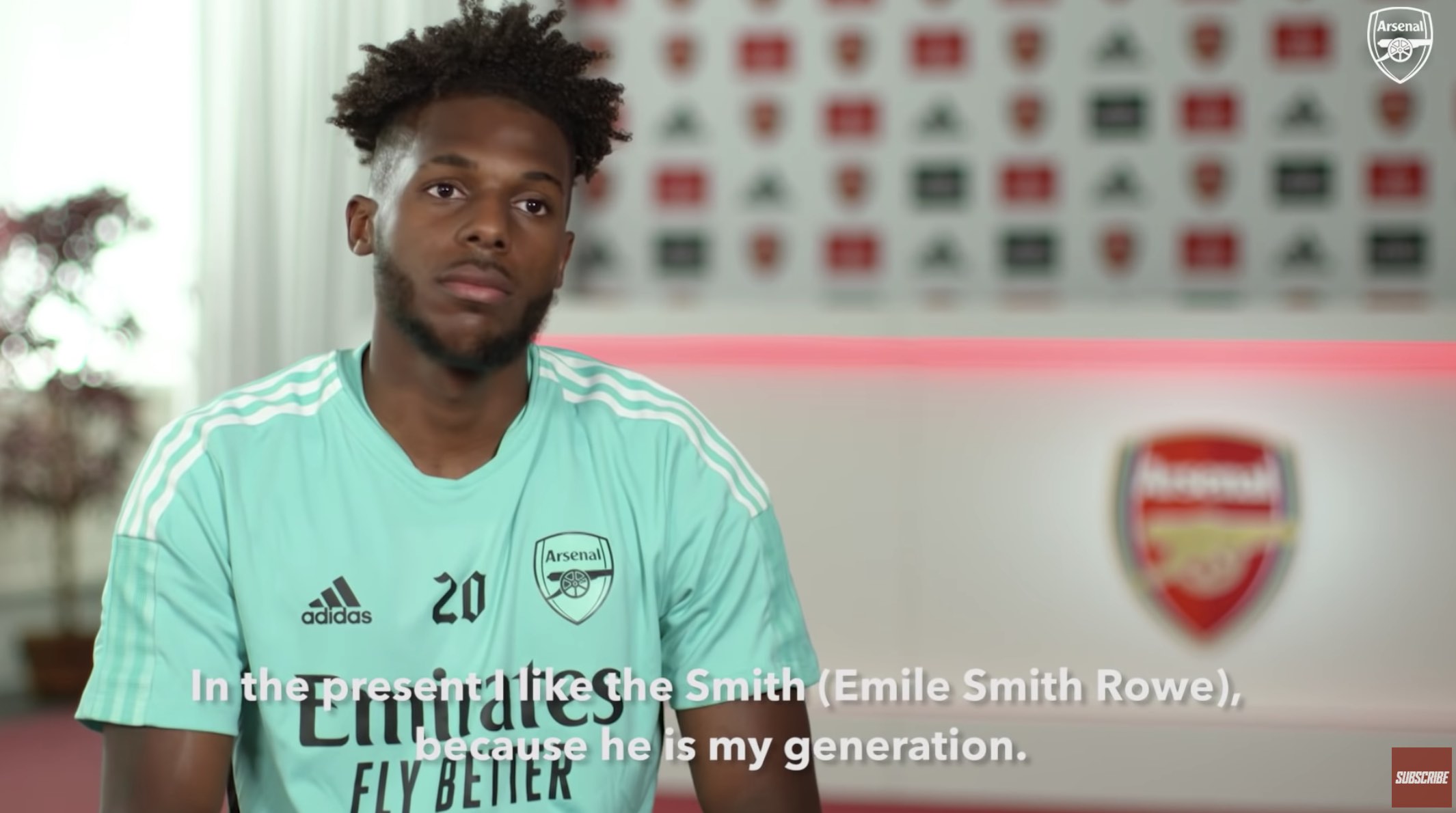 For more on Nuno Tavares, check out the new signing profile piece by Phil Costa here; Scott has done a By the numbers on him here; and for Patreon members we have a podcast looking at his strengths and weakness, and what he might bring to the squad.

The other small thing to point out is that as it stands we currently have three left-backs in the squad: Tierney, Tavares and Sead Kolasinac. I don’t think there was any future at the club for the former Schalke man anyway, but this makes him even more redundant, and I fully expect him to depart (perhaps incentivised to do so like some others of late) before the end of the window.

Tonight, it’s the final of Euro 2020 as England take on Italy at Wembley. I don’t think there’s much I need to say about this really, other than as a neutral I hope it’s a great game of football. It’s impossible to ignore what it all means to England and English football simply because of how much of my timeline is taken up with articles, stories, talk of 55 years (since 1966) and all the rest.

I have some Italian friends though, and I don’t think anyone should underestimate how much this means to them too. It feels a bit like the script has been written – Gareth Southgate, England at home where football is supposedly coming etc etc – but we all know fine well football has a way of improvising its way to an outcome that deviates from that.

Both teams have the talent and the quality to win tonight and lift the trophy, it’s been a fantastic tournament all told, and hopefully tonight’s game – whatever the result – provides a fitting end. May the best team win.

Finally for this morning, some sad news after the passing of former Arsenal striker Paul Mariner.

A message from the Mariner family. pic.twitter.com/MjVK1xXtuG

Condolences to all his family and friends.

Right, let’s leave it there for now. James and I are actually recording one bit of the Arsecast Extra this morning, so if you have questions, send them to us @gunnerblog and @arseblog on Twitter with the hashtag #arsecastextra – or if you’re on Arseblog Member on Patreon, leave your question in the #arsecast-extra-questions channel on our Discord server.

I don’t quite know if we’re going to put it out today, because we’re going to record again tomorrow morning after tonight’s game. I’ll see how it turns out.

In the meantime, fans of England and Italy can continue biting those nails and getting those butterflies until kick-off.