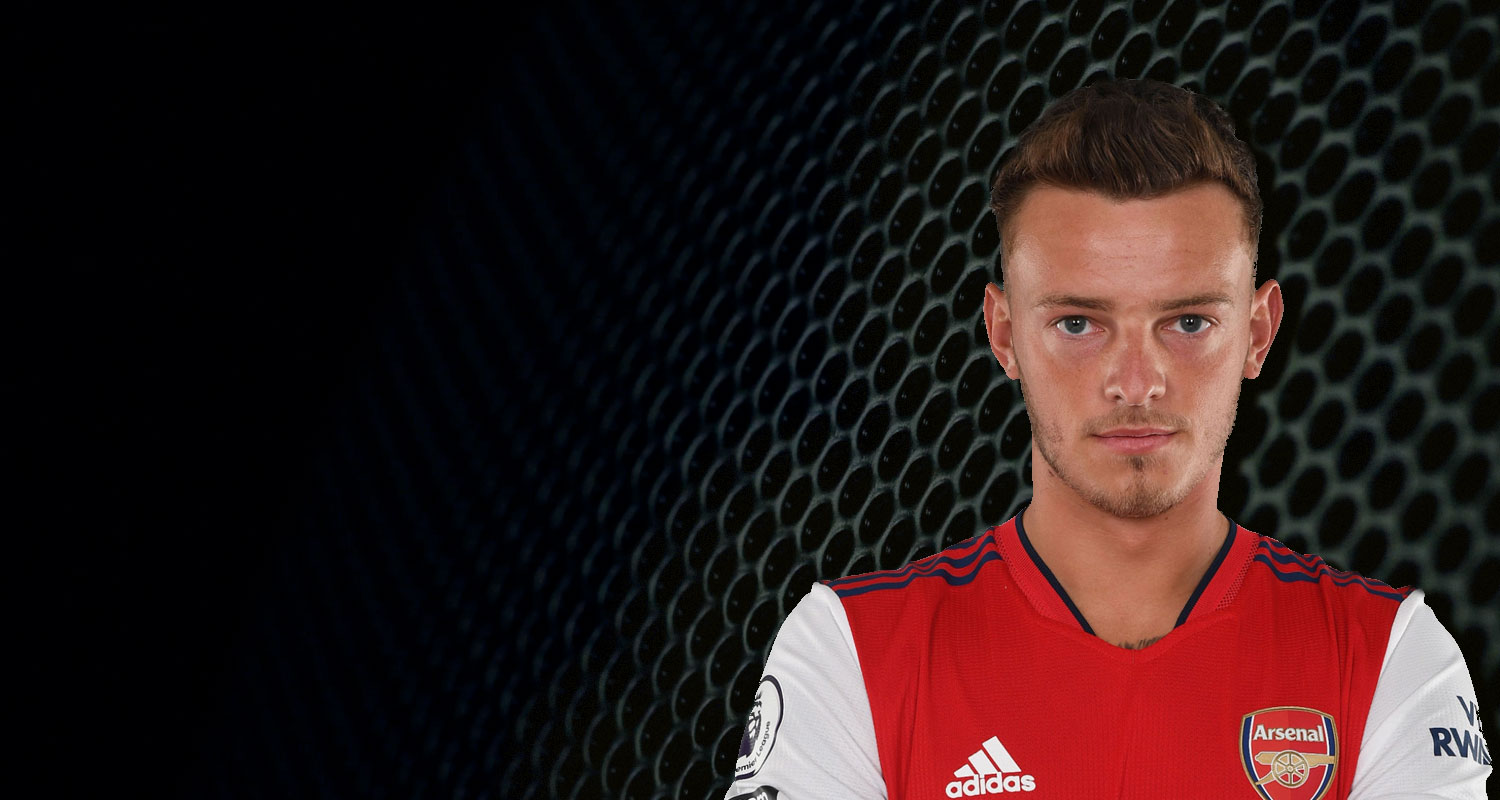 There’s only one place to start this morning and that’s the signing of Ben White. The 23 year officially became an Arsenal player yesterday, joining from Brighton for a fee of £50m.

The price-tag is kind of eye-watering, making him our most expensive defender of all time and our third most expensive transfer in history, but young English defensive talent comes at a premium. As Phil Costa pointed out in his profile piece, it’s the same ball-park as Aaron Wan-Bissaka, Ben Chilwell, and John Stones. Players of his kind don’t come cheap.

So, what kind of player is he? The focus has been on what he can do with the ball. He’s a very good passer, excellent range with both feet, so in that sense he replaces what David Luiz gave us. Crucially though, the 10 year gap in ages means that Ben White has mobility. Luiz could pass, but didn’t have the legs to do much else; White can pass and carry the ball without the fear of being exposed or leaving space he can’t get back into.

Ben is an intelligent defender who is very comfortable with the ball at his feet and his style fits perfectly with us. And of course, he is still young, so his age and profile fits with what we are building here.

He had a hugely impressive loan spell at Leeds two seasons ago, helping them achieve promotion back to the Premier League under Marcelo Bielsa, and interestingly he played in midfield for them at times. As a centre-half, the game is in front of you for the most part, whereas time served in midfield gives a player a broader view of what’s going on. The profile of the modern central defender is ever-changing. Long gone are the days where the big lad at the back stops the attack and gives the ball to someone who can do something with it. Centre-halves these days have to be able to play themselves, it seems clear that this is where Ben White’s main strength is, and this is why we’ve spent that money: to immediately improve that aspect of our play.

At 6′ he’s not the tallest, and much of the heavy lifting in terms of aerial work in the Brighton defence was done by others. That’s an area that he’s going to have to work on, because for all his talent on the ball, first and foremost he’s a defender. We had a surprisingly good defensive record last season, and that’s something Arteta will be looking to maintain as he attempts to bring improvement to the other end of the pitch with greater creativity and more goals.

Nevertheless, while £50m might look expensive now, if Ben White can be a fixture for years to come in an Arsenal team that gets better and more competitive, then it will be money well spent. A deal that will more than pay for itself over the duration of that time period. We’ve bought a lot of central defenders in recent years and, it’s fair to say, it’s been a bit hit and miss. However, we now have two big purchases in the last two summers (White and Gabriel), and perhaps they can form the kind of consistent partnership we’ve needed for a long time. When you look at their ages and attributes, it’s set up for them to be given that chance, so fingers crossed they can work well together.

All in all, I think this is a pleasing signing. It carries on the sensible squad building, lowering the age profile of the squad overall, and White is a very talented player with lots of potential. Let’s hope he can keep developing and improving in red and white.

For more reading on him:

Ben White by the Numbers: Scott (@oh_that_crab) looks at the stats.

There’s also a Ben White podcast for Patreon members in which Phil and I discuss the player, his qualities, and lots more.

Arsenal say that he will join up with the squad ‘immediately’ ahead of the game against Chelsea. Whether this means we’ll see him on Sunday I’m not sure, but that would certainly make the game a bit more interesting.

Now, onto Granit Xhaka, and it looks as if his move to Roma has fallen through after the Italian side basically refused to budge with regards their offer. They haven’t improved it one bit in recent weeks by all accounts, and with the clock ticking Arsenal have insisted the midfielder comes back and he’s in training again – as any player under contract should be.

It’s a difficult situation because it feels like Xhaka was already halfway out the door – not for the first time during his five years here, it’s fair to say, but this time, it was entirely consensual. The player was happy to go, the club were happy to sell (for the right price), and there was a sense that the time was right for everyone to move on and go in a different direction.

Now though, Xhaka has to get his mind back on Arsenal and the Premier League, and that will be a challenge for him and for the manager. When you have your heart set on something, a new experience and all the rest, it can be very tough to re-calibrate. In general – despite some occasional, well-discussed on-pitch moments – Xhaka is a very solid professional in terms of how he trains, how he works, and all the rest. So, on that basis he should be fine, but it’s still going to be a bit of a come down if he really wanted to go to Italy.

I also imagine this does put something of a spanner in the works when it comes to a midfield signing. It’s not still impossible or unthinkable. In fact, Xhaka staying, making a good signing, and creating room by moving on Mohamed Elneny, for example, makes this a stronger, better squad. However, with Partey, Xhaka, Elneny, Lokonga, Willock, Maitland-Niles, and Torreira all under contract in a summer when we’re finding it very difficult to sell players, it feels like any new signing is dependent on at least a couple of departures.

Where I’m a little confused this morning is the report, as per Amy in The Athletic (£), that we’re offering him a new contract. I don’t really understand why we’d do this, or why Xhaka would actually sign it. The argument that we’re protecting his value and avoiding a situation where a player can get to 12 months left on his deal then run it out doesn’t make much sense. Xhaka could stay for another year, and if he really wants to experience something else in his career, next summer would still be a good time to go.

He’d have 12 months left, he’d be more affordable to more clubs, and surely it would be easier to facilitate a transfer. Obviously there’s an impact for Arsenal with regards the fee, but even the worst case scenario – where Xhaka just sees out his contract and leaves for free – is preferable than the alternative where a player in the September of his career is basically un-sellable because of the length of his contract.

Arsenal have done some clever business this summer. Deals that make you think we’re learning from mistakes of the past, but this is hard to make any sense of. If we can’t find a buyer for a 28 year old Xhaka with two years left on his deal, who is going to buy a 30 year old Xhaka in the same situation? Maybe they’re banking on the market improving and being more active by then, but I think we put ourselves in a situation we should be trying to avoid.

I also don’t quite get the message this sends, especially in light of news that we’re also offering Hector Bellerin a new contract. They are players we were quite happy to move on this summer if the price was right, so what’s the thinking behind contract extensions for players you have deemed replaceable (and guys who were happy enough to leave)? To paraphrase a shouty Italian man, “Sometimes maybe smart, sometimes maybe not so smart.”

Anyway, as I said, as much as I don’t get it from an Arsenal perspective, beyond the pay-rise I don’t know why Xhaka would tie himself down to a club he was willing to leave. Unless there’s some contractual thing, a very affordable release clause for example, it’s a really weird one. Perhaps there’s a piece of this particular puzzle we’re not aware of.

Right, let’s leave it there for this morning. Enjoy your Saturday, back tomorrow.

Oh well, back in the team