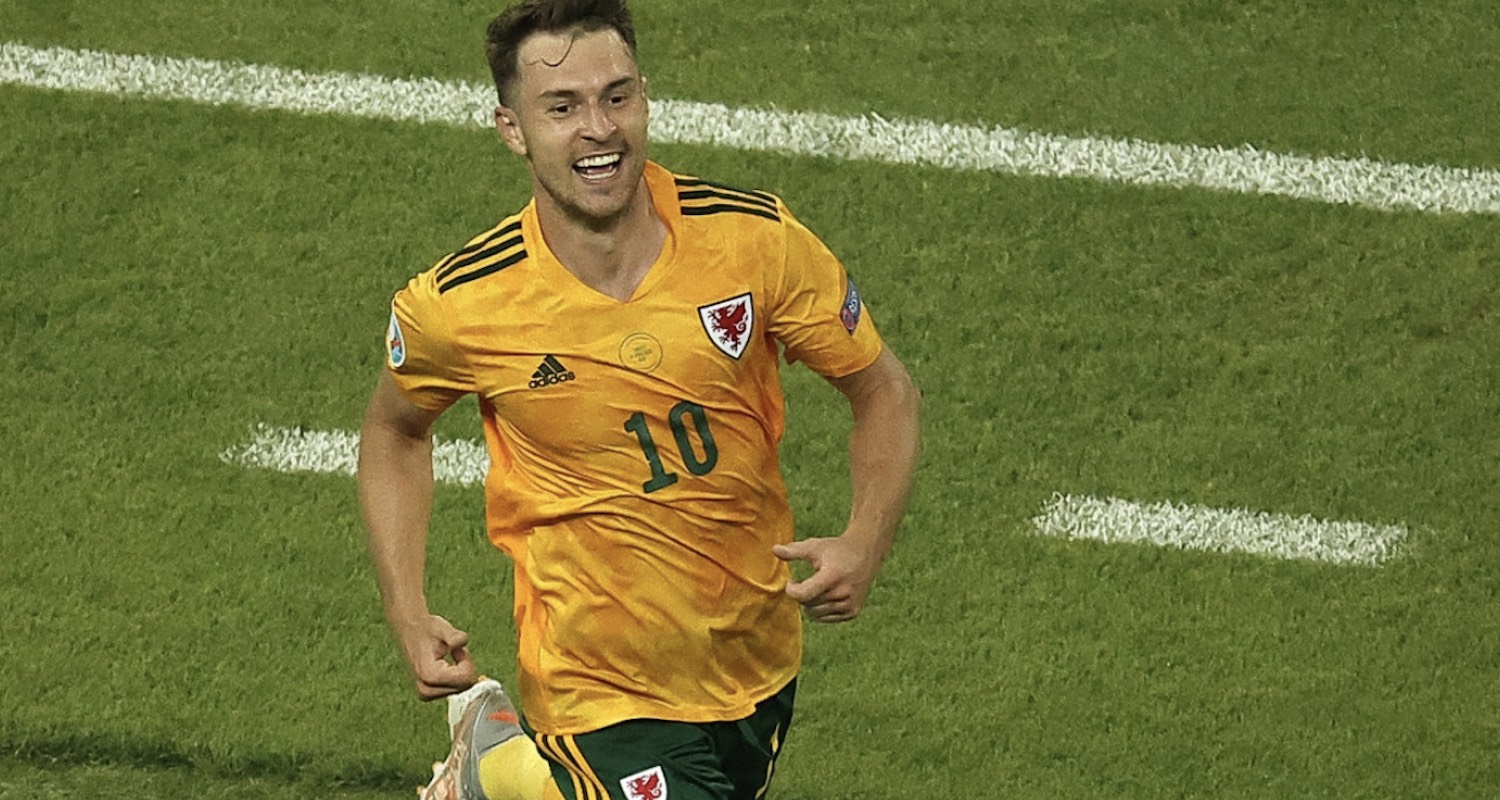 Let’s be honest. Switzerland aren’t up to much. Poor Granit in midfield looked pedestrian, and I saw people suggest he’d had a nightmare game. I don’t think he did. He was his usual self really, made plenty of passes, won 5 tackles (more than any other player on the pitch), but it’s just he paled in comparison to what he was up against.

Manuel Locatelli, in particular, displayed dynamic traits such as mobility, agility and running quite fast towards the opposition goal that Xhaka just doesn’t. His first goal was glorious. The first time volleyed pass out to Berardi on the right, the run, the timing, the arrival, the finish … delicious. My favourite goal so far by some distance.

He is a player we have been linked with, rather spuriously I have to say, so when he spanked in his second after the break, his potential price went through the roof. He is a lovely player, but I don’t think it was ever even close to being realistic – even without those goals – so there’s no point getting too upset by this one. We very rarely sign Italian players, Italian players – as a general rule – don’t come to the Premier League that often, so I don’t believe this is a situation where his performances have ruled out a potential move. It was never gonna happen anyway.

I enjoyed his post-match comment about the goal (found via Reddit). Speaking about the pass to Berardi, he said:

“I know he pulls wide so I switched play beautifully with my left foot, drew courage from that, gambled on it, Berardi played a lovely ball to me and I latched on to it.”

A late goal from Immobile sealed the deal for the Italians who have been very impressive in their two games thus far, two successive 3-0 wins look good, but it’ll be interesting to see how they fare against better opposition. As I said, Switzerland huffed and puffed, but they had little to offer. I look at someone like Xherdan Shaqiri and wonder how any nation thinks they can trouble an Italian defence with someone who, every time I see him, just makes me think of a fast Danny de Vito.

This was fun! Aaron Ramsey was brilliant, and put Wales ahead after a great pass from Gareth Bale. The quality of that ball was inversely proportional (is that right?!) to the quality of his second half penalty which he well and truly Chris Waddled over the bar. Wales had chances to secure the game, but failed to make the most of them, until late on Bale wandered through the Turkish defence like he was ambling up for a putt on the 18th and delivered a nice assist for Connor Roberts to make it 2-0.

Turkey had chances, the Welsh keeper made some saves, and there was almost some very pleasing aggro towards the end but it fizzled out before it got too tasty. I know deep in my soul that there’s simply no way Arsenal should consider re-signing Ramsey, he’s 30 and the injury problems which plagued his time with us have always been an issue during his spell at Juventus. All the same, there’s a very small piece of my heart that would thoroughly enjoy him doing what he did yesterday for us again. Maybe the thing is to get a player who can do some of that stuff that isn’t heading towards the end of his career.

Great win for Wales though.

I sort of watched this in the background, and Miranchuk’s goal was really lovely. I just find it really funny that there’s a Finnish player called Daniel O’Shaughnessy. I can’t wait for a Seamus Murphy to play for France, or a Patrick McPaddy O’Leary to captain England (after stealing Grealish and Rice this would be the last straw!).

First up it’s Ukraine v North Macedonia; Denmark play Belgium, and it’ll be interesting to see how they fare after what happened last time out; before the Netherlands play Austria in the evening game.

Arsenal: bids all over the place

Stuff seems like it’s beginning to happen, although not all of it is stuff we like. An opening bid for Ben White has been rejected, and we’re expected to go back again for the Brighton defender. I’m generally fine with this. We’re also continuing discussions with Anderlecht for Albert Sambi Lokonga, while Dinos Mavropanos, and Matteo Guendouzi remain firmly in the departure lounge waiting for their flights to Stuttgart and Marseille to be announced.

An interesting development yesterday though came in the form of a £25m bid from Aston Villa for Emile Smith Rowe.

🚨 Exclusive: Arsenal reject bid of around £25m from Aston Villa for midfielder Emile Smith Rowe. #AFC working to renew 20yo’s contract — which ends in 2023 — & have no interest in selling. #AVFC pursuit underlines their ambition this summer @TheAthleticUK https://t.co/sPsrVzOVw4

Obviously, and correctly, this was rejected out of hand by Arsenal. I’ve seen people say that this is Aston Villa ‘trolling’ us, or that this was a ‘troll’ bid. I just don’t get it. Football clubs don’t operate like that. You don’t bid £25m for a 20 year old player just to annoy someone, you do it because you want the player.

Is it a low-ball bid? I don’t really think so. He’s 20, with two years left on his deal, with less than 25 Premier League appearances to his name. Obviously it would take a LOT more for us to sell, but I can see where they’re coming from. Here’s the thing this bid says to me: it’s a reminder that we need to be a bit more 360 in our vision. I think a significant part of our problems have stemmed from constantly looking up to where we want to be, and not around at where we are and who we’re competing with.

We want to get back on par with the likes of Liverpool, City, United and Chelsea, but we’ve got to contend with other clubs who are going to make that more challenging too. I don’t see this as disrespectful, that’s way too much like taking offence at something for the sake of it, but it should be a reminder that where we are has emboldened other clubs to come along and target the jewels in our Academy crown. If Villa can bid £25m for Smith Rowe, what could City put on the table for Saka if they wanted?

Thankfully he has a long contract which gives us some security for now, and it’s now very clear that sorting out Smith Rowe’s extension has shot up the priority charts. There have been discussions but there’s nothing close yet, and all things considered, this really should be one of the easier things to make happen this summer.

Over to you, Edu.

Ok, that’s it for today. For Patreon Members we have a brand new episode of the podcast ‘Statements’ in which I’m joined by a guest who will let me know if they Strongly Agree – Agree – Disagree – or Strongly Disagree with statements I put to them. This one features Ryan Hunn (@ryanhunn), co-host of the excellent Stadio podcast on Ringer FC.

Up for discussion, things like Arsenal DNA, William Saliba, contracts for players over 30, and lots more. It’s available in audio and video formats, and if you’re not an Patreon member you can sign up here.

Regular Arsecast tomorrow, until then, enjoy the football.