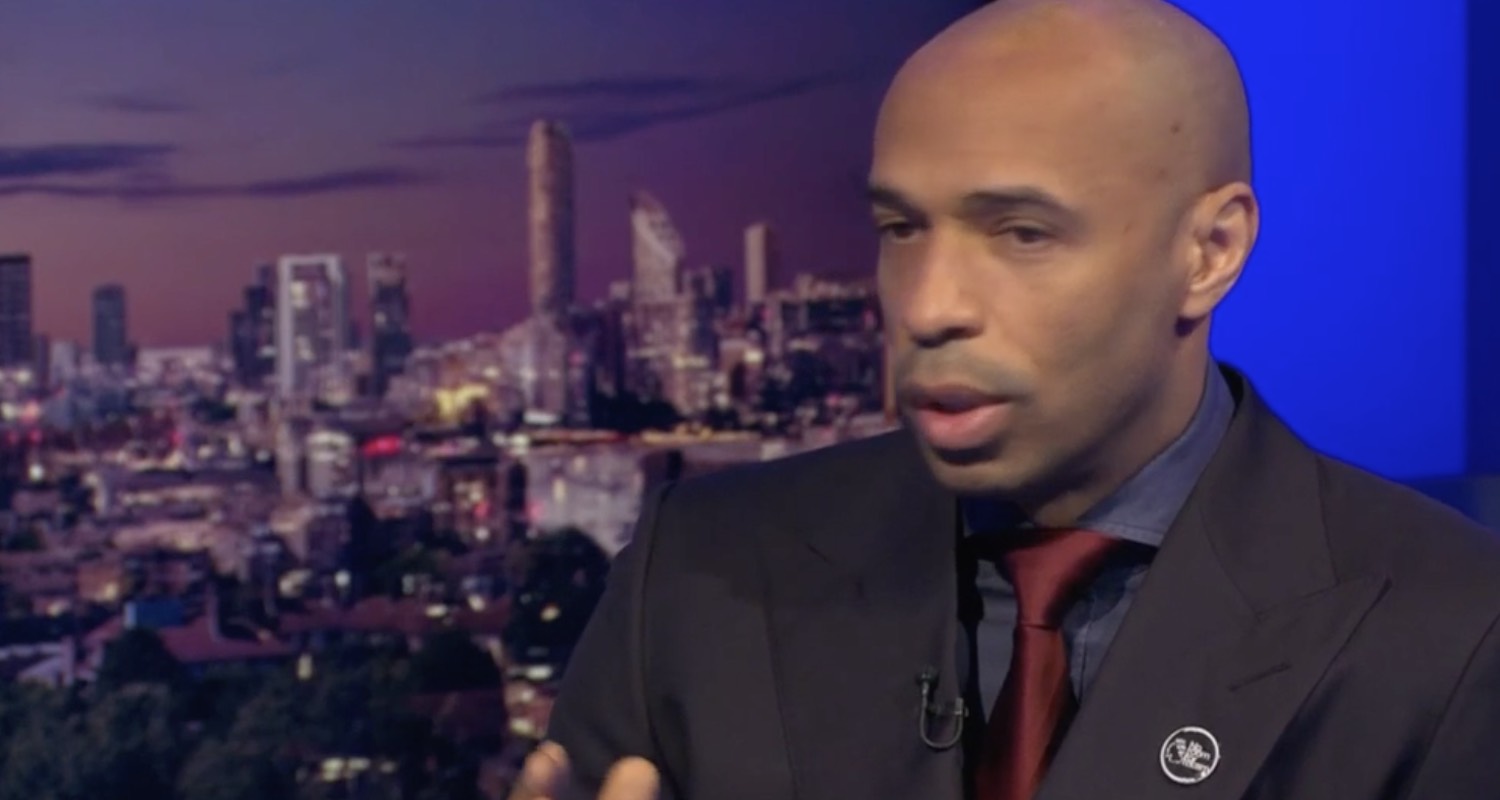 This week sees the biggest game of the season on Thursday, but we’re in that twilight zone between the win over Newcastle and the build-up to the second leg against Villarreal starting in earnest.

As such, focus will turn again to the reported interest from Spotify co-founder Daniel Ek in making a bid for the club. Thierry Henry, whose name has been attached to this from almost the start, spoke to Sky Sports about the approach made to him, Dennis Bergkamp and Patrick Vieira. He said:

“He approached us, we listened to him. And we knew, first and foremost, that he wanted to involve the fans. He wants to re-inject the Arsenal DNA, the identity that I think is long gone.”

“He already – I’ll give you something – reached out [to the Kroenkes] and already said himself that he had collected the funds to make sure that he can put in a good bid.

“They now need to listen. A lot of people have been screaming that they want the owner out. We are trying to offer a solution involving the fans and getting the DNA of the club back.”

I have to say, some of this makes me feel a bit uneasy. There’s a lot of emotive language being used around Arsenal DNA, fan engagement, loving fans, bringing back glory. All of which will resonate with people because … well … look where we are. Why wouldn’t it?

What exactly is Arsenal DNA though? Is it the old school Etonian chairmen and being the Bank of England club, or is it when sugar and diamond traders buy up shares? Is it the home grown grit of George Graham’s title winners or is it the Gallic flair of Wenger’s Invincibles? A heady combination of both? I guess it’s just a short-cut for saying you want to create a competitive team that gives 110% with a never-say-die attitude that plays great football all of the time and wins trophies after signing/developing the best players and never disappoints anyone. That bit is easy to say, and very hard to deliver though.

Fans feel disenfranchised, as the protests before our last home game showed. The protests at Old Trafford last weekend demonstrated we’re not alone, but it was quite interesting to hear Gary Neville admit on Sky that while whatever came next could be worse, the Glazers should just put Man Utd up for sale. I’m not sure that’s how billionaires of that ilk work, or how situations like this are resolved.

I worry a bit about the presence of former greats like Thierry, Vieira and Bergkamp. Not because I have doubts about their love for Arsenal, their knowledge of the game, or their desire to bring back the good times, but I don’t know what exactly their roles are in this. What are their qualifications for running a Premier League football club? Where is their expertise in rebuilding something that has been in decline?

Dennis has had one job since retirement. Initially an assistant to Frank de Boer at Ajax, he was then moved to work with youth players and was fired in 2017. Patrick spent time in the City Group set-up, left New York City FC to manage Nice but was fired in 2020. Thierry did some coaching at Arsenal, spent years as a Sky Sports pundit, lasted just 20 games as manager of Monaco, and barely days after backing a rebrand of Montreal Impact – where he had been coach for a little over a year – he left to return to England.

I highlight this not to be critical, but to illustrate that even for the best players – and these guys were up there with the best we’ve ever had – the ‘regular’ post-playing days careers are difficult. Football club administration and the business side of the game is another thing entirely, and perhaps that will be where they excel, but I can’t help but worry about them and what might happen if expectations aren’t met.

Ek’s reported/upcoming bid of £1.8bn appears to be based on the valuation of the club reached when Alisher Usmanov sold to Kroenke in 2018. Again, I question whether the right way to do this when dealing with someone like KSE is to be so public, but maybe being so public is part of the PR battle. Is £1.8bn enough? Has the value of Arsenal increased or decreased since then? What it might be valued at on the ‘open market’ is one thing (even though it’s not very open), but ultimately it will cost only what Kroenke is willing to sell for – if he’s even willing to sell.

Henry mentioned a meeting with AST, they have responded with a statement on their website, continuing to push for ‘the Prime Minister’s fan-led review of football ownership, to be chaired by Tracey Crouch MP, that will examine options such as different ownership models like the German 50+1 model, the right for fans to buy shares, a golden share (veto) over key decisions, supporters and independent directors on club boards and stronger independent regulation of football including strict sanctions for owners and clubs failing to comply.’

I don’t really know how it might be possible for government to implement new regulations on private companies and have them apply only to football clubs, but I guess time will tell. The other big concern I have is how this takeover bid will be funded. Again, I’ll stand to be corrected, but the only way I see it happening is venture capital funded loans using the club as collateral (like the Glazers at United and … well … nobody wants that, do they?). Spotify shares tanked last week, would they be sufficient for this level of finance, and is Daniel Ek willing to stake his own fortune on a football club he may well love but which is never going to make him the kind of money it would take to buy it in the first place?

I’m sorry if this sounds like I’m pissing on everyone’s chips here, and this is not to back the Kroenkes or anything like it, but all of this is just too vague to get worked up about. Is the answer to our billionaire owner problem really to sell up to first billionaire who comes along and bats his eyelids at us via a CNBC interview in which the focus is first and foremost on the struggles of another company?

The one thing I do agree with Ek and Thierry on is that whatever happens, this is going to be a long process. Whether change comes from a new owner, government intervention, from within football itself, or elsewhere, I can’t see anything happening any time soon. We are where we are as a consequence of everything football has allowed itself to become in the Premier League era, and it will take a lot to undo that. For all talk of fan involvement, remember this: it was a board made up almost entirely of Arsenal fans who sold to Kroenke and Usmanov in the first place.