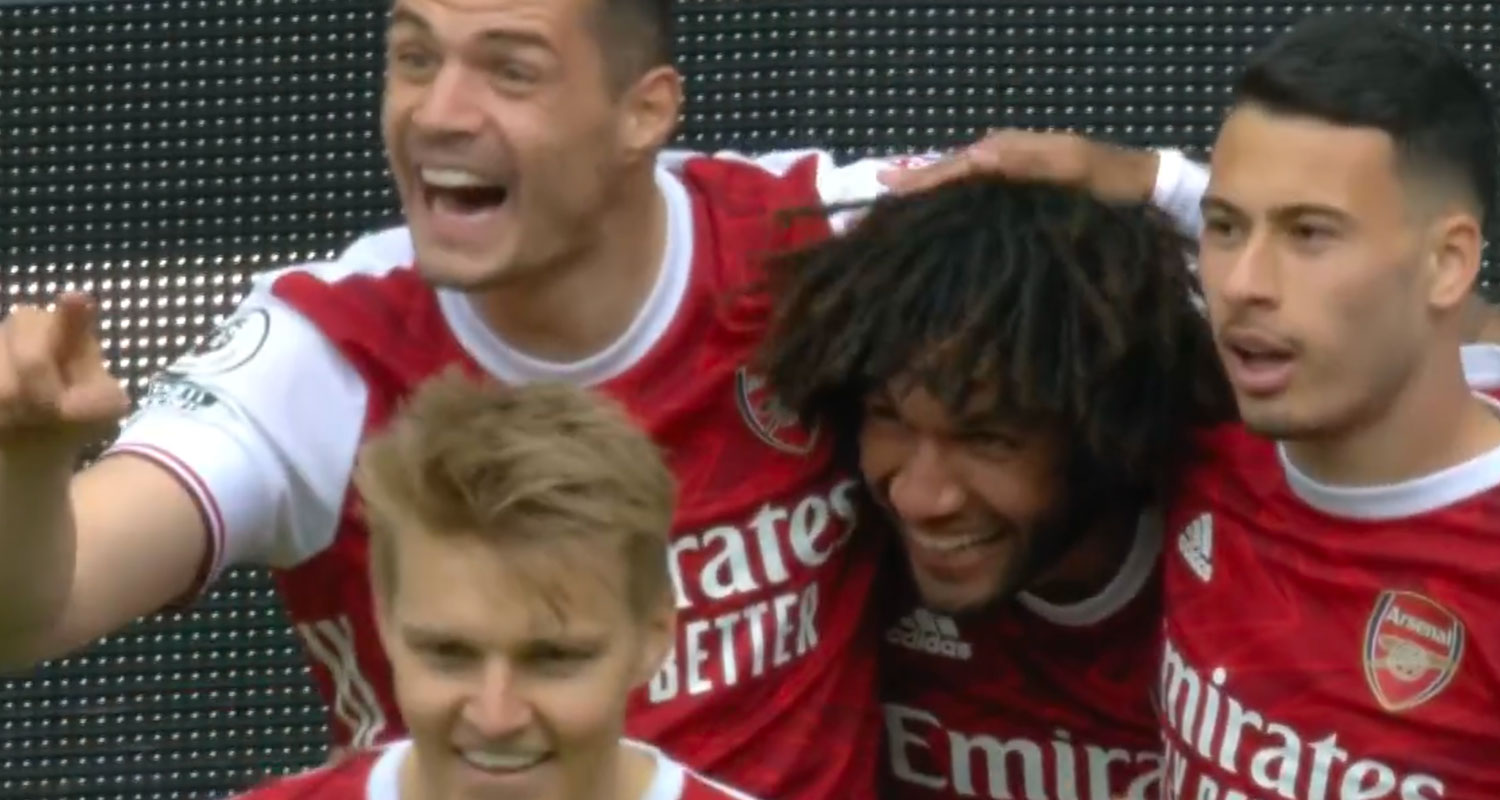 I’m not sure we need an in-depth run down on a game like yesterday’s 2-0 win over Newcastle, but given everything that’s happened this season it seems fair to acknowledge we got a couple of things which have been in short supply: a comfortable win and a clean sheet.

Mikel Arteta made eight changes to the team from Thursday night, including returns for Pierre-Emerick Aubameyang and David Luiz. The latter’s quality on the ball was evident throughout the first half, and it was his ball to Hector Bellerin that brought about the first goal. Aubameyang’s understandable rustiness was on display from the full-back’s cross, but when it fell to Mohamed Elneny on the edge of the box, he cracked home his first Premier League goal. All that shooting practice is paying off.

It was really obvious how much Luiz brings to the team in possession, and while I fully acknowledge his prowess on the ball, there’s a part of me which wonders why it’s so difficult for other players to do what he does. Should it be beyond the capability of a professional footballer to kick the ball accurately from one side of the pitch to the other? As James pointed out on the Arsecast Extra last night when I raised this point, players who are that proficient with their passing don’t usually end up as centre-halves but, while taking nothing away from Luiz, what he does isn’t massively complicated.

It is useful though, so it was a blow to see him go down with a hamstring strain in the second half. Perhaps a consequence of coming back too soon from the knee surgery, but muscle tears are unpredictable things, and when you get to 34 you can be a bit more susceptible to them. It could be the end of his season, and depending what the plans are for him this summer, that could be his last appearance in an Arsenal shirt.

Newcastle, let’s be honest, played like a team who know they’re more or less safe from relegation and just want this god awful season to be over. The Saint tried a few tricks and shimmies, and forced Mat Ryan into one save with a weird, looping shot, but beyond that we weren’t troubled at all.

As ever, the only potential danger came from within. Granit Xhaka got booked in the 20th minute and I wondered if Mikel Arteta might consider taking him off at half-time to avoid another Ceballos situation. He didn’t, because I don’t think he thinks about these things the same way as we do, and Xhaka got a bit lucky to get away with a daft foul – especially when you take into account how little it takes for Mike Dean to get his red card out with a step one, two, three and TWIRL MIKE … TWIRL! Anyway, no point getting mad about something that didn’t happen.

The best moment of the day came in the 66th minute when Martin Odegaard, finally free from the shackles of his marker Willian, sent a perfect pass into the path of Gabriel Martinelli. His cross was excellent and Aubameyang’s acrobatic finish was just what the doctor ordered (along with the medicine for malaria). It was the captain’s first goal since Burnley on March 6th, and with a big game coming up on Thursday which will hopefully lead to an even bigger one later this month, let’s hope it’s a timely rediscovering of his shooting boots.

There is a school of thought that Aubameyang and Martinelli don’t mix well, and I can see how that might be the case. What I’d say though is that the sample size is pretty small, and yesterday that combination worked pretty well. The young Brazilian was excellent on the day, man of the match in my opinion, and he drew praise from the manager afterwards who said:

Gabi is improving every week. He’s taking his minutes in the right way and he’s developing the way we all believe he can Today he had an assist, which was an important moment, and he had some good moments off the left – and also trying to play as a No 9 as well.

After a suggestion from Martin Keown on BT Sport last week that Arteta simply doesn’t like Martinelli, the manager continued, “If there are any doubts, I love Gabi so much. More than all of you together!”

The 19 year old’s performance was one which demonstrated the need for him to play with greater frequency, so I hope that’s a takeaway for Arteta. I never bought into the idea that he disliked him, but I do think he had doubts about a young player’s readiness. Those doubts should be out the window now. He is a big part of what our future should hold, so fingers crossed we see more of him.

There was a late red card for Fabian Schar whose scything challenge on Martinelli was described by the commentary team on Sky as ‘naughty’. I wish we could have a discussion about the language used in moments like this. ‘Naughty’ is a child drawing on the wall with crayons, this was over the top, unnecessary, dangerous, verging on violent, and dismissing it with the kind of words you’d used to scold a toddler just isn’t good enough.

I suppose it’s not a surprise when Sky continue to employ someone like Graeme Souness who, just last week, was allowed to basically rant about the lack of on-pitch violence in the modern game. Thankfully Martinelli seems ok, a bit bruised, nothing serious. Schar gets a three match ban, but as I’ve often said, there should be a sliding scale for red cards, with each one assessed after the game, and the needlessness and timing of that challenge would merit a longer ban in my opinion.

All in all, a decent run-out before Thursday and there are players who came into the side – like Gabriel, Bellerin, Aubameyang, and Martinelli – who should be in contention for Thursday. For more on that, James and I pick our starting XI for Villarreal in the new Arsecast Extra, as well as discussing the Newcastle game, the postponement of Utd v Liverpool after fan protests, and loads more. Listen below or in your favourite podcast app.

I’ll leave it there for now, have a good Monday.

Burnley 0-1 Arsenal: Defensive commitment and a moment of real quality