Arsenal finally won a late Sunday match! Playing the side bottom of the league, sandwiched between our Europa League quarter-final, wasn’t ever likely to be the most interesting of affairs. The 3-0 win was, though, livened up by an unusual approach.

Granit Xhaka played left-back at Bramall Lane on Sunday but a lot of his responsibilities were very similar to how they usually are. Rather than dropping to the left of the centre-backs with Kieran Tierney pushing on, he just, well, started there and didn’t have to move very far. Just look at where he could be seen throughout the first half of the recent north London derby win over Spurs.

Here’s his heatmap from that match: 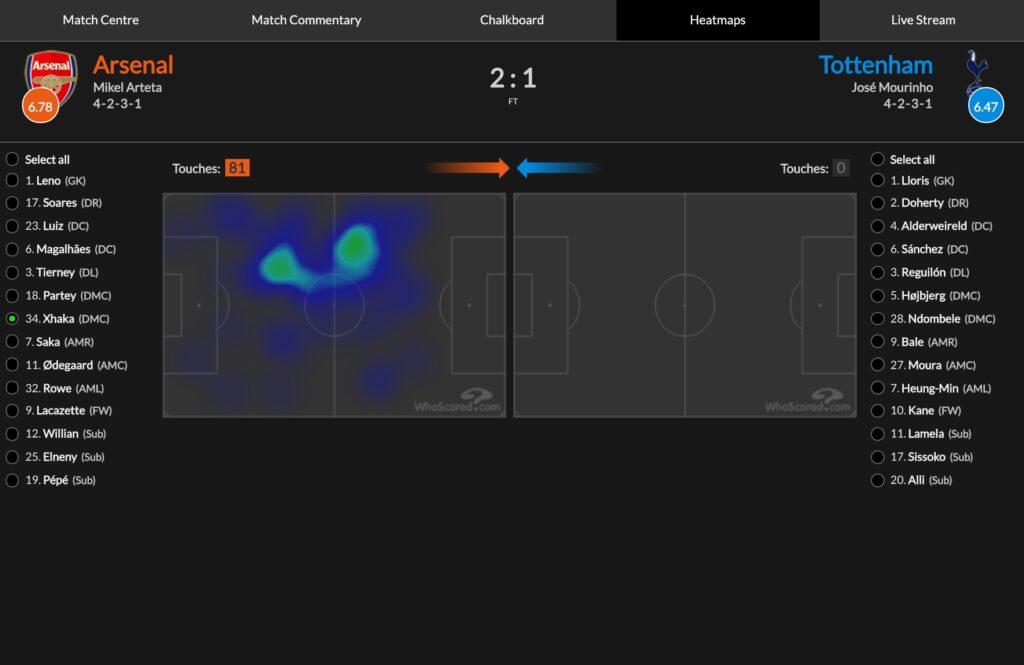 And his heat maps wins over Newcastle (last season) and Leicester (this season): 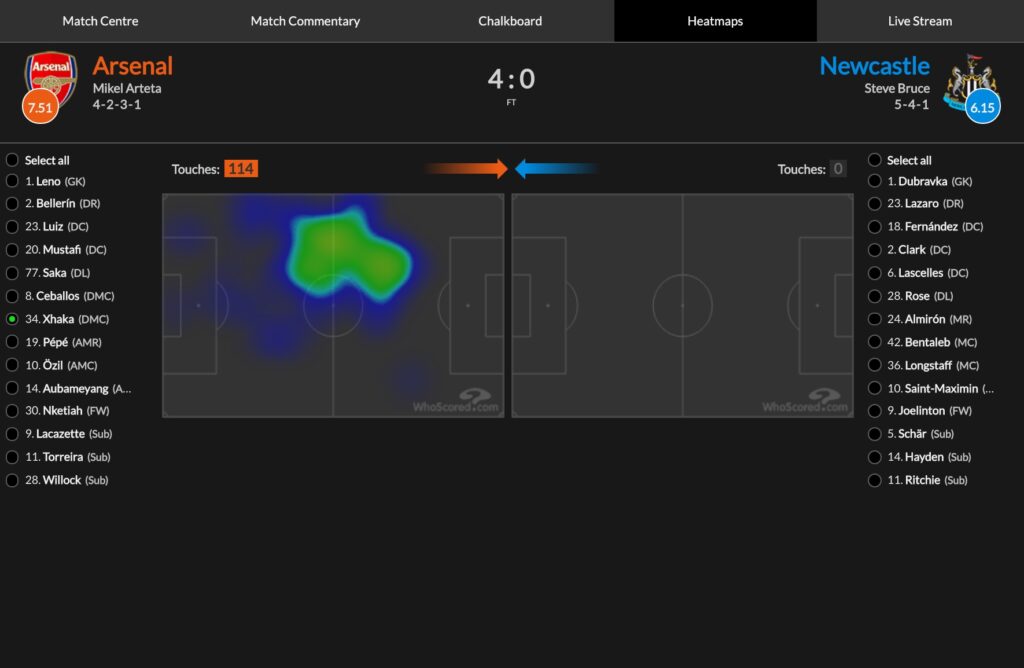 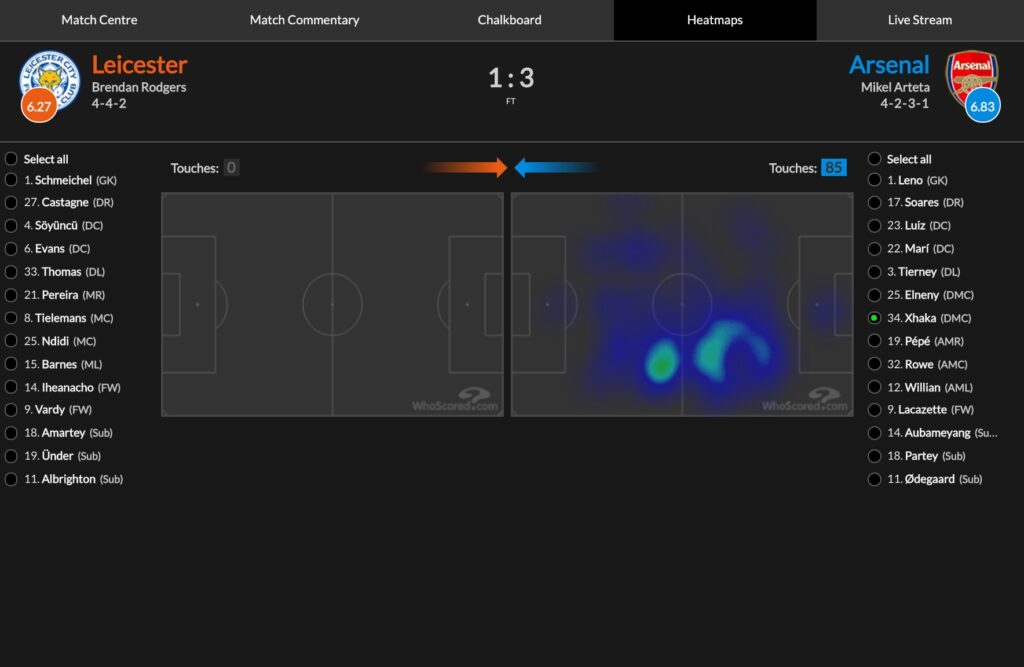 And, finally, his heat map from Sunday: 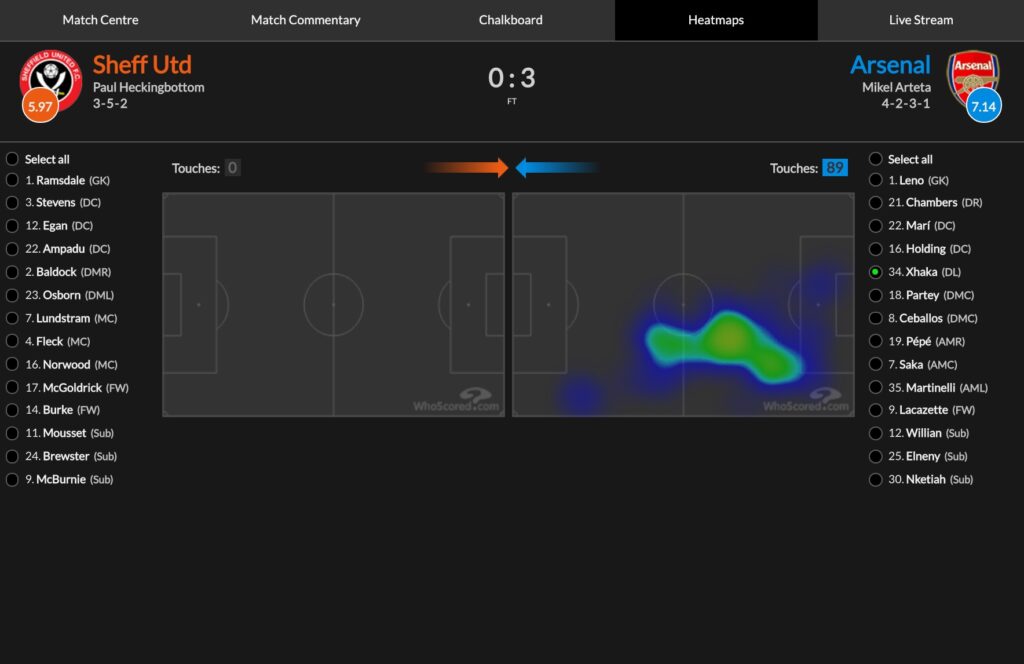 It’s fair to say his influence in possession was coming in the same places. He was by no means in midfield, but he also definitely wasn’t on the touchline or seen far over the halfway line, like an actual left-back usually would be. 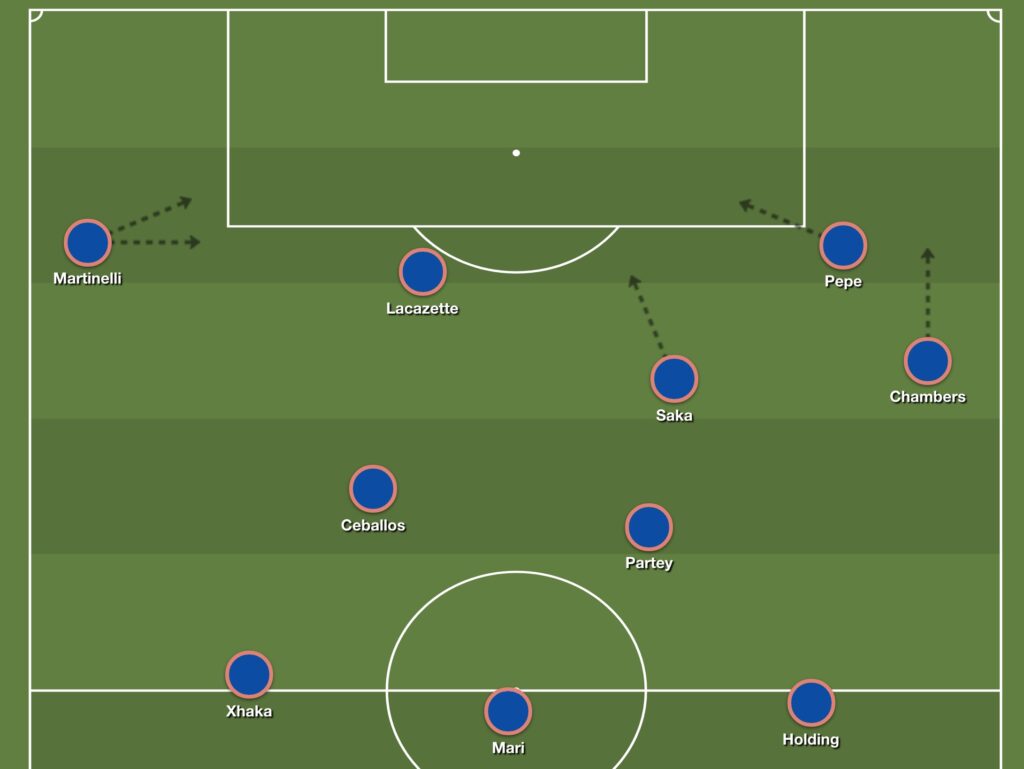 And on the left, they looked like this, with Ceballos pulling out to the flank and Alexandre Lacazette taking his place in midfield. 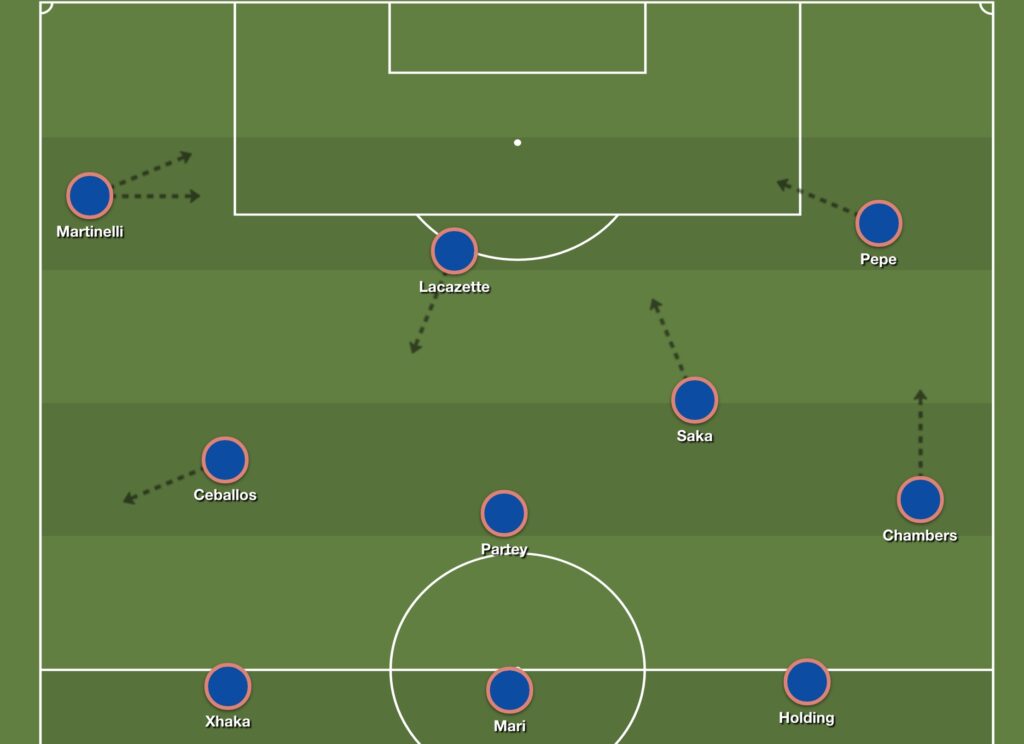 But the shape in possession would have looked incredibly similar had Tierney been fit and played instead of Ceballos, with Xhaka in his regular midfield role: 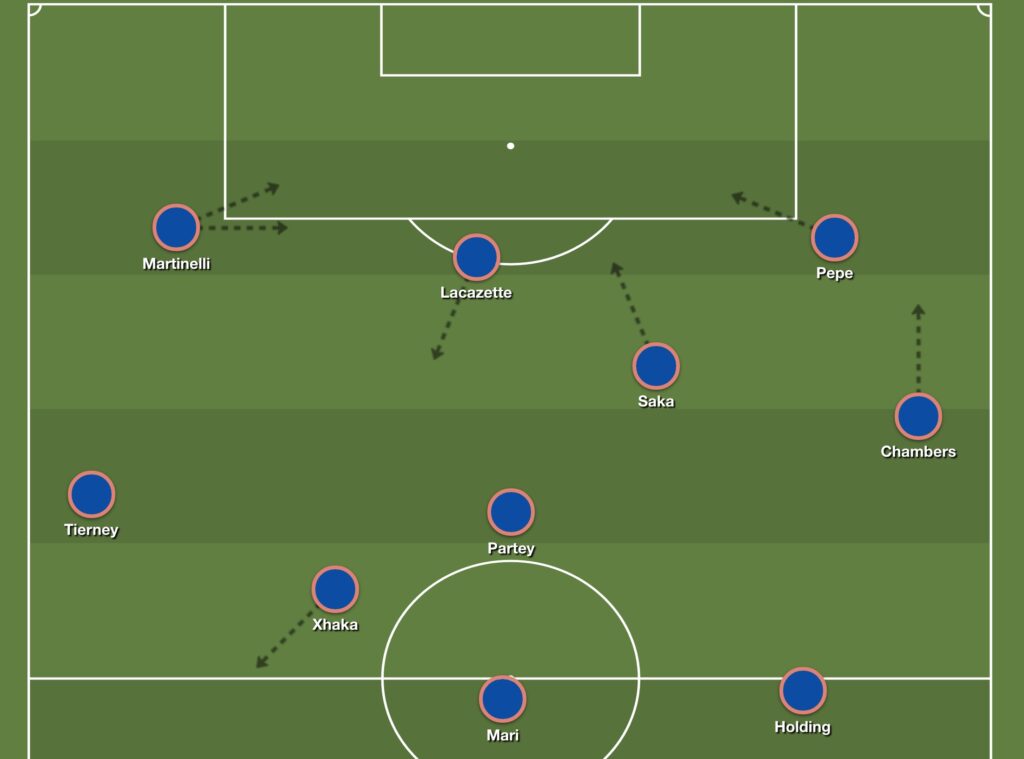 Was this a clever solution to play against this specific opponent or something we could see more of without Kieran Tierney? It was probably a bit of both. Sheffield United play three centre-backs, three central midfielders and two centre forwards. That’s a lot of players who are more or less expected to spend the majority of the game in the middle of the pitch.

Firstly, that means there was no right winger. They aren’t a side that dribbles often and even when they do, those dribbles don’t come from wingers. Xhaka’s obvious flaw, his speed against nippy dribblers, wasn’t going to be exposed, so Arteta knew it was safe to play Xhaka there in this game. He may not feel the same in other fixtures.

Secondly, their approach of filling the centre of the pitch demands you either outnumber them on the flanks, where they aren’t heavily manned, or pull central players out wide to use space centrally.

That might explain the unusual Arsenal line up, which featured two players on each wing (Ceballos and Martinelli on the left, Chambers and Pepe on the right) for the majority of the match. As Andrew mentioned on Monday’s Arsecast Extra, Xhaka (89) and Chambers (101) had the most touches of any players on the pitch on Sunday. If the opposition packs the middle of the pitch, it makes sense to use the flanks to full effect.

When Ceballos moved out to the left, Alexandre Lacazette would frequently drop into midfield, creating a midfield triangle with lone midfielder Thomas Partey and right-sided number 10 Bukayo Saka. The movement left the hosts with issues as they tried to press. Does someone follow Ceballos from the middle? If so, Lacazette is free. Maybe a centre-back can follow Lacazette? But then the strong back five becomes stretched and disorganised, susceptible to Pepe or Martinelli darting behind from the flanks 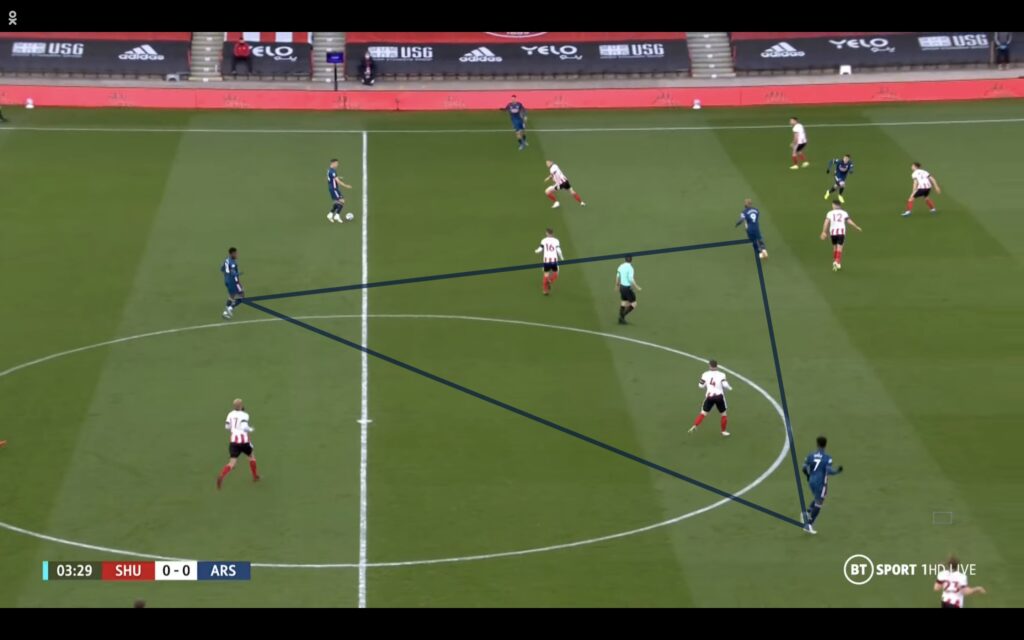 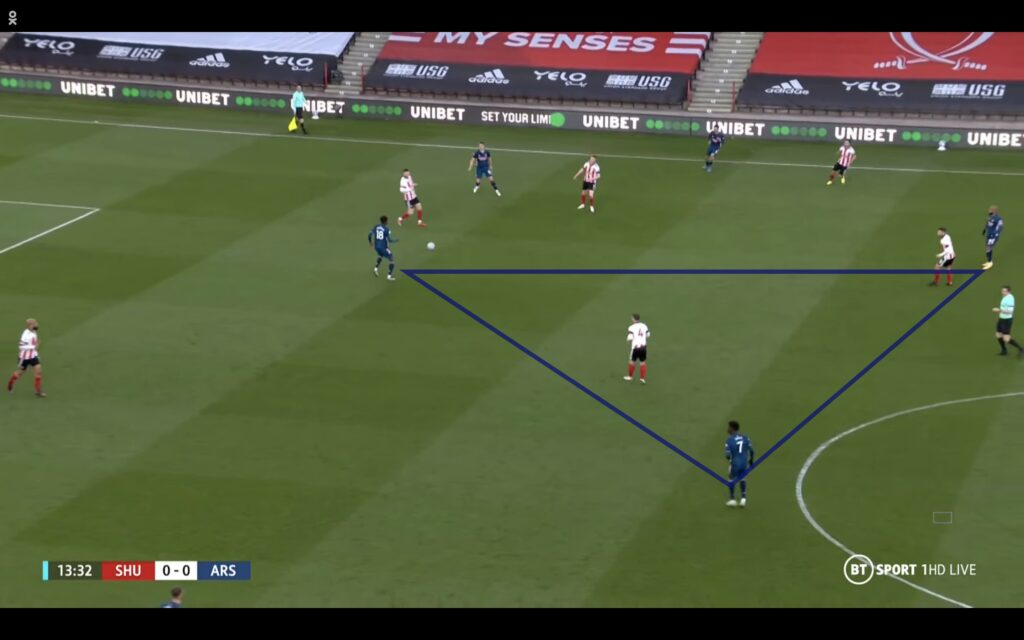 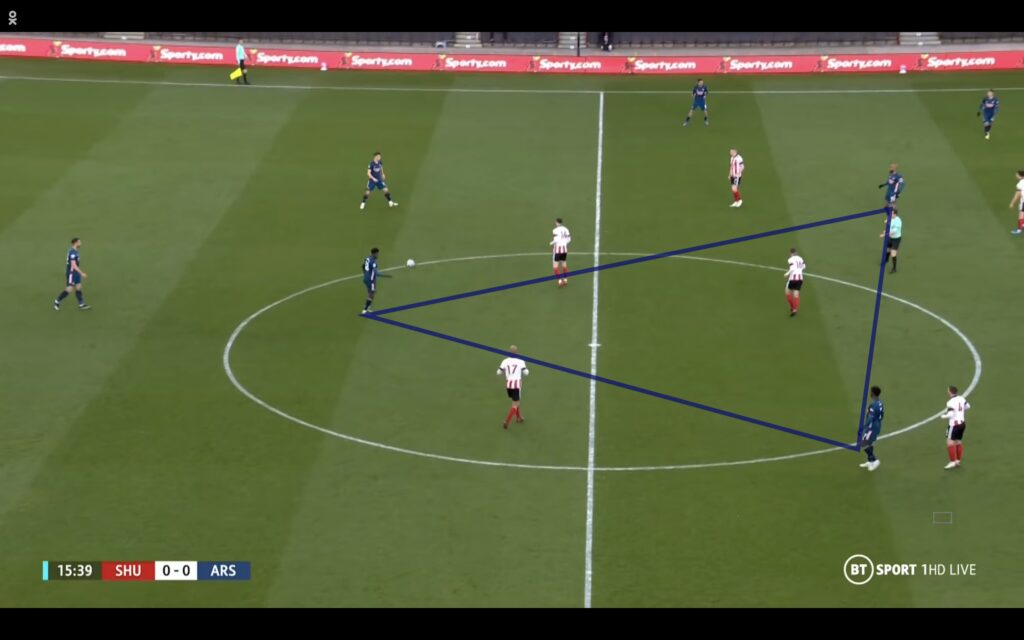 Arsenal forced the home side back further with the extremely high and wide positioning of the wingers, pinning back their opposite numbers and not allowing the hosts to push up and stop Arsenal from building attacks. 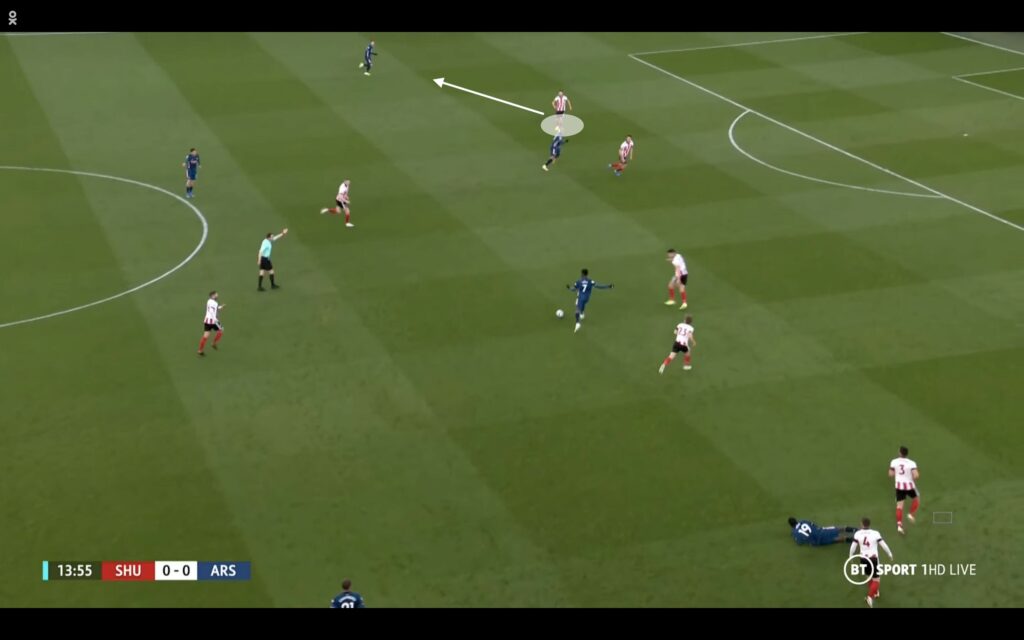 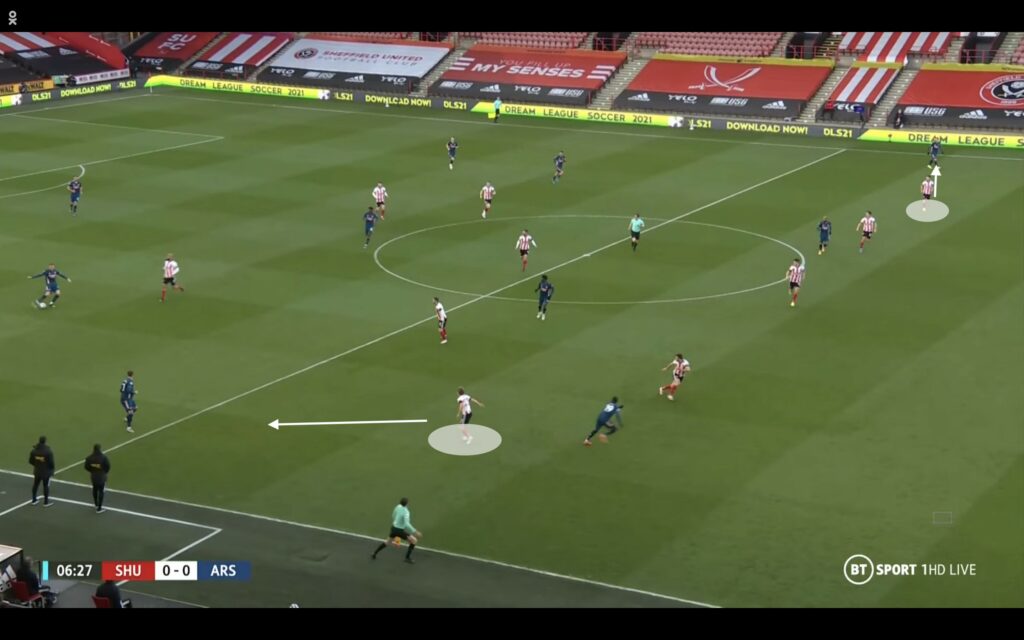 Sheffield United were caught with too many options. If their wingbacks pressed or marked Ceballos and Chambers, they were left with a back four that couldn’t cover the pitch like they usually like to in their own third. If their midfielders moved out there, Arsenal could outnumber them centrally.

The wide positioning of Ceballos against such a narrow midfield meant he and Martinelli could repeatedly overload that side of the pitch. 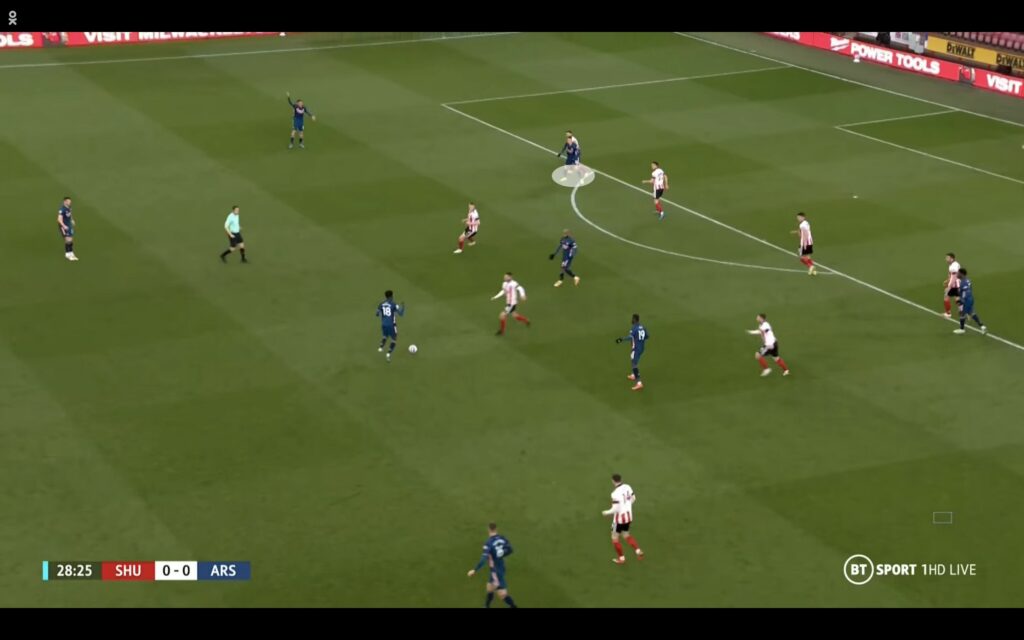 Sunday’s win was against a poor side and a team that plays more defensively than most of our opponents, and with far less talent than almost any other team we come up against.

Still, it was nice to see Arsenal dominate throughout and good for the players to get a win under their belts. For Arteta, he’ll be happy to have found an extra potential solution to the left-back problem, albeit one that won’t be suitable for every game, and to set Arsenal up in a way that will keep upcoming opponents guessing.

Previous articleArsecast Extra Episode 409 – 12.04.2021
Next articleBalance the talent first, not the age