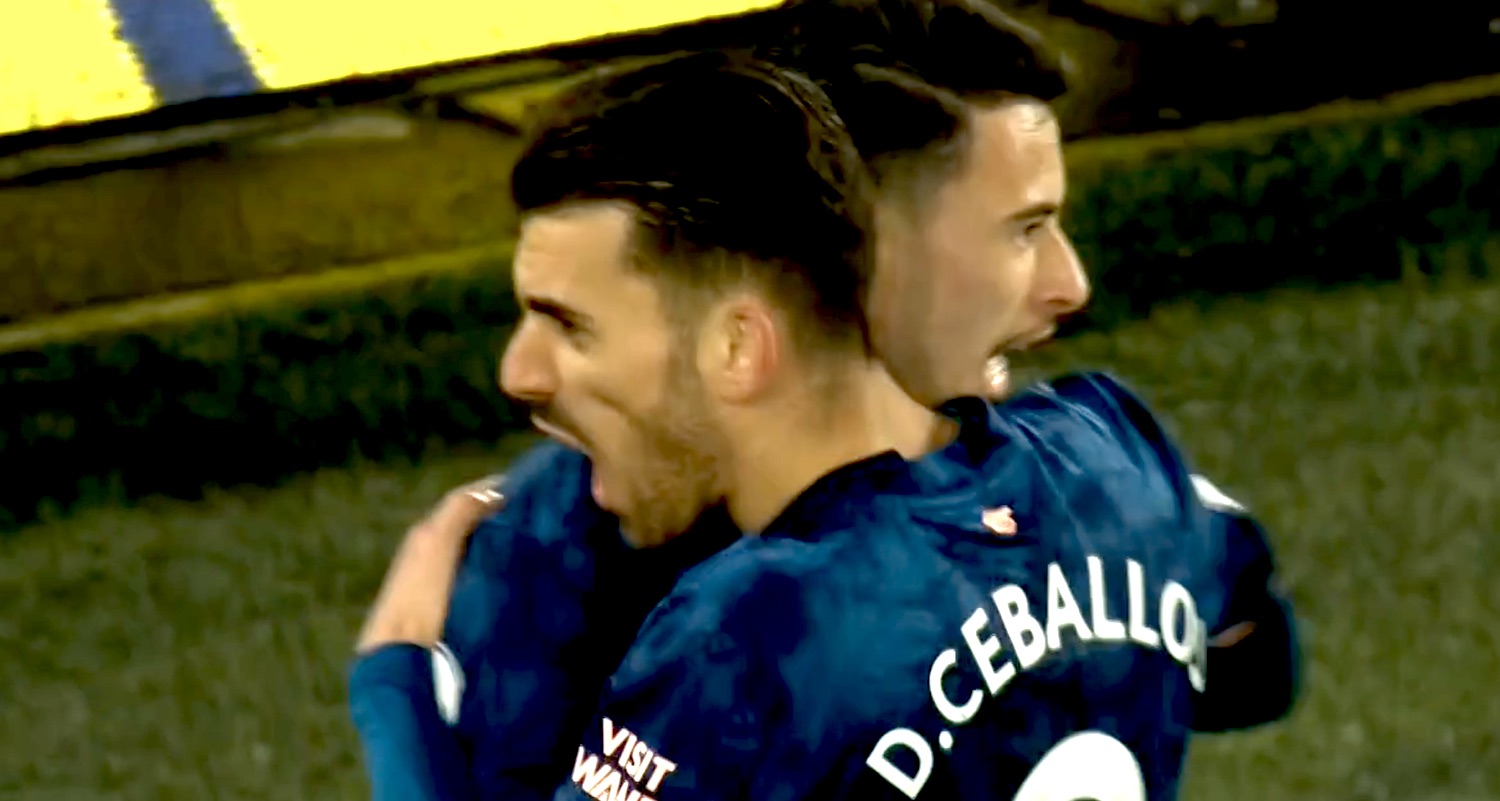 I don’t think anyone needs a conventional recap of a win over the league’s bottom side, and we’ve had so much to gnaw on of late I thought I’d just highlight some of the positive aspects of beating Sheffield United 3-0.

Oooof. That was genuinely lovely. It began with decent high pressing from us, forcing Sheffield United to give the ball away. We work it wide, bring it back into the centre and from there it goes to Thomas Partey, then there are one-touch each combinations from Alexandre Lacazette, Bukayo Saka and Dani Ceballos whose smart flick sent the Frenchman through to finish.

On TV they were talking about how it was an Arsene Wenger style goal but it was just lovely football in its own right. It was good to see Ceballos have a positive impact on a game after what has been a difficult period for him, and given the amount of flicks he was trying, he obviously hasn’t lost any confidence.

Clearly getting his first goal since that breakaway against Chelsea in January 2020 was the most tangible contribution from him, but there was plenty to like about his performance in general. He was tidy on the ball, diligent when he needed to be in the defensive aspect of the game, but really gave us something on that left hand side that no other player available on the night would have.

Early on he set up Saka for a shot which whistled wide; he had one himself when he probably should have gone across goal; and he had four attempts on the night, the same as Lacazette. That goal will have done him the world of good though, a simple tap-in after Nicolas Pepe’s shot was palmed into his path by the keeper, but to get that burden off his back will be pleasing for him.

There are still elements of his game which need work, you can see that, and if there’s work being done on the training ground to hone those, I think that’s understandable. But, on a night when Arteta needed the team to react, Martinelli played his part in that excellently. He is ready for more.

Two goals after having such a stinker the other night can only be a positive. I still have concerns about how deep he drops, but to be fair to him, when he did it last night, it did help us beat their high press – especially in the second half. The finish for the second was that of a man who knew he’d got it badly wrong on Thursday, and if I’m being hugely cynical here him being in good form doesn’t change what we need to do with him in the summer, it just raises his profile and, hopefully, his value in the transfer market.

However, he’s our leading scorer now this season, and he delivered last night. Let’s hope this kind of form continues until the end of the season.

A quick word for Nicolas Pepe too who started the game slowly but really grew into it as it went on. Honestly, if his touch could be 10% better he’d be devastating at times given some of the positions he gets into. All the same, he’s involved in actions which lead to chances and goals, and for a team which is light on players like that, he’s pushing for much greater involvement.

Like Lacazette he was terrible against Slavia Prague, but bossed it last night. The system we played, with Granit Xhaka at left-back and Dani Ceballos moving into the space where a more mobile full-back would normally be, left Partey as a one man midfield at times. Saka was there to combine, but there were times when he was left holding the fort – in and out of possession.

In possession, you could see his role was to sit deeper, and the first goal came from him being in that position behind the attacking line. His feint and pass for Lacazette’s second was really excellent though, the kind of progressive midfield play we know he’s capable of but which we haven’t seen a great deal of since his arrival. Again, if he could produce more of that between now and May, we’d certainly benefit.

In the absence of Martin Odegaard and Emile Smith Rowe; with Pierre-Emerick Aubameyang sidelined through illness; and with a key attacking outlet in Kieran Tierney gone for the season; Arteta had to find a different way for the team to play. Xhaka at left-back was unconventional, for sure, and with Chambers on the other side it was clear that we weren’t necessarily focused on getting full-backs down the line and high up the pitch.

I thought Saka was a little sloppy at times, a touch careless in possession now and again, but there were things to like about him in that position. His combinations with Pepe were good, he had that early shot, he was involved in the first goal, made two key passes, and as we wonder about exactly where he’s going to play in the long-term, this will have given Arteta something to think about.

I would really love us to sign Odegaard permanently, but even with my most optimistic hat on, it feels like a long shot (dependent in large part on us winning the Europa League, in my opinion). So, we have to at least be thinking about alternatives, and while a game against this Sheffield United isn’t exactly the benchmark for anything, I thought there were promising signs in Saka’s performance.

I don’t think there’s any need to wax lyrical over a 3-0 win against the team that is propping up the table. It’s the sort of routine victory we should be getting. I said in the preview yesterday it’d be nice if we have an uncomplicated win, and that’s what we got. It should be par for the course, and after 12 defeats in the league already this season, we can’t start handing out flowers and garlands because we won this one.

At the same time though, it’s timely ahead of Thursday, and for a few players in particular it was useful to see them throw off some pretty heavy cobwebs, because we’re going to need them to be this good in Prague. So, decent work lads, fair play, but now get yourselves ready for a much more important game.

Right, that’s your lot for now. As ever James and I will be recording an Arsecast Extra for you this morning. If you have questions or topics for discussion, send to @gunnerblog and @arseblog on Twitter with the hashtag #arsecastextra – or if you’re on Arseblog Member on Patreon, leave your question in the #arsecast-extra-questions channel on our Discord server.

Podcast will be out around lunchtime or thereabouts, until then, take it easy.