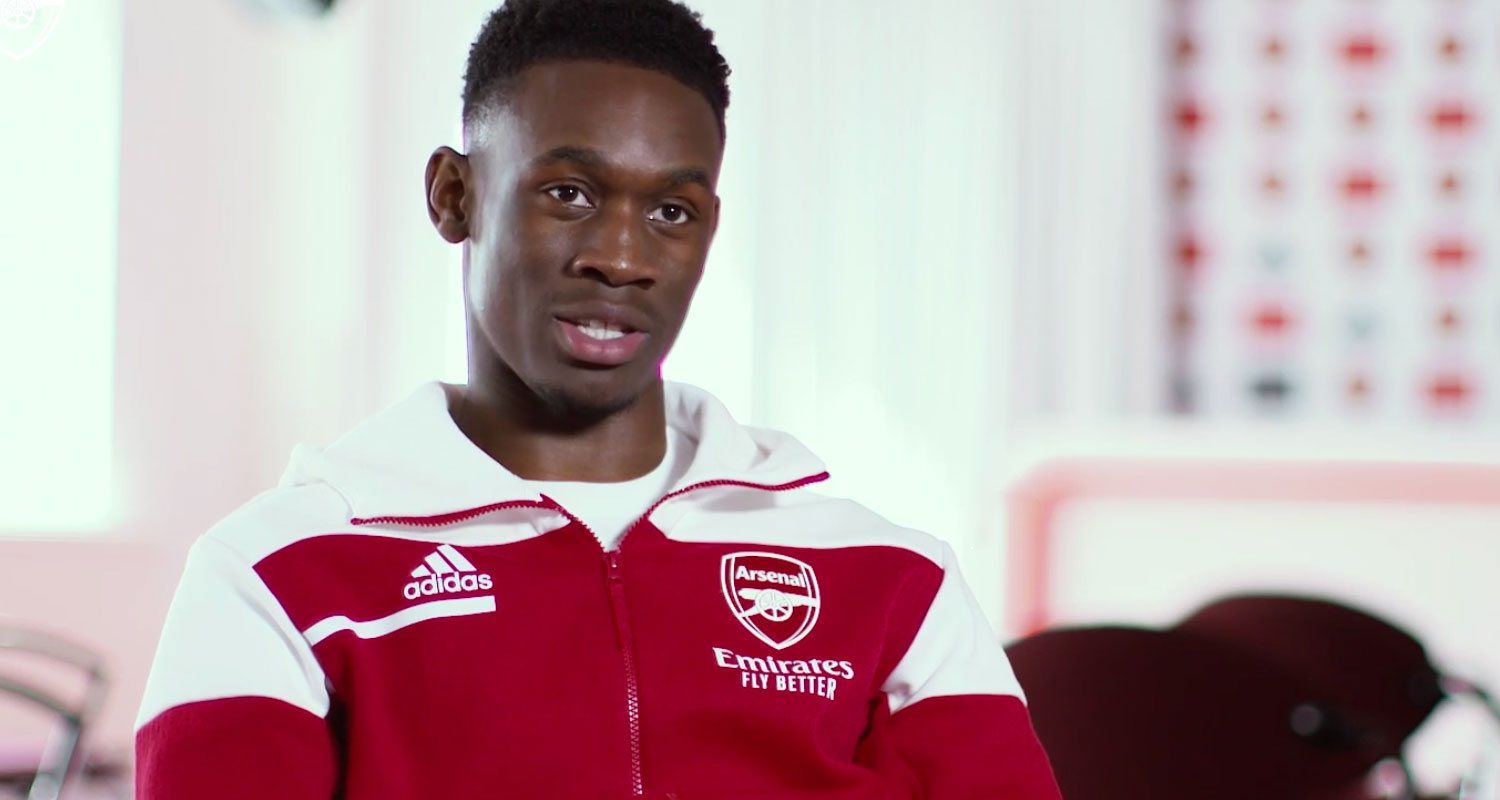 While it’s not the biggest story of the day, let’s start with something that is grounded in reality and actually happened: the new contract for Folarin Balogun.

It was made official yesterday, and it’s good news for the young man and good news for the club. He’s very highly-rated, the little bits and pieces we’ve seen of him this season have been exciting, and we’ve kept hold of a young, talented player who for some time looked like he’d be plying his trade elsewhere next season due to the expiration of his contract in June.

Last week, Mikel Arteta said there were efforts behind the scenes from Per Mertesacker and Edu to ‘undo what was happening and the direction the situation was taking.’ Balogun had plenty of options, including some from abroad, but to be fair to the manager he’s always sounded pretty positive about the player’s desire to stay in North London.

“He has given us glimpses with the performances and of course with his two goals already for the first team. The hard work starts here for Flo and we are all looking forward to supporting and working with him in the years to come.”

Meanwhile, Balogun cited the progression of Bukayo Saka and Emile Smith Rowe as inspiration, and said:

“I’m absolutely buzzing. I’m glad that it could finally happen and we got it sorted. My ambitions for next season are to make an impact in the first team. I see it as something that I’ve taken upon myself to be able to go over there and make an impact, not just be one of the numbers.”

You don’t need me to make a list of the many young strikers who have been tipped as the next big thing to make it from the Academy and didn’t. So, there’s still plenty for Balogun to do. I thought it was interesting he talked about making an impact in the first team next season, because surely there must have been discussions with him and his agent about his development. As a young forward who has barely played any first team football at all, you could easily make the case that a loan spell somewhere would be a good idea, but as Saka has shown, that’s not always necessary.

It will be very interesting to see what happens, but with a couple of experienced forwards of 30/30+, you can see how there’s a pathway for a young striker like Balogun to stake a claim over the next year or too. And while it’s good news for him, I don’t think it augurs well for the future of Eddie Nketiah. There have been layers of complication to this situation because the two strikers share the same agent, and convincing him of your investment in one while you’re probably looking to cash in on the other during the summer could be a bit awkward.

With not a lot left to play for in the Premier League this season, it would be nice if there were some minutes for Balogun – more than likely off the bench – because every bit of playing time he gets between now and the end of the campaign will be useful ahead of the new one.

Meanwhile, the big story yesterday was the news that Spotify co-founder and Arsenal fan, Daniel Ek, was planning a takeover bid. Not only that, he had rounded up former Gunners Thierry Henry, Dennis Bergkamp and Patrick Vieira to be part of his project.

In pure PR terms it ticks all the boxes.

Look, I’m as keen as anyone for owners that care, owners that understand, owners that are engaged and all the rest, but this whole thing doesn’t stack up for me. It’s like someone saw Ek’s Tweet over the weekend, and then made a few phone calls. I’m not sure that’s how plans to carry out a multi-billion pound takeover of a football club are put in place – if there even is a plan.

Some of the stuff doing the rounds yesterday, as certain journalists were fed stuff about Ek’s passion for the club were laughable. I mean:

So a bloke who watches football instead of running his main business is the ideal man to take over Arsenal? I thought we wanted someone who was conscientious and smart. Ultimately that’s the most important part of all this for me. The people running the club don’t have to be Arsenal fans, they have to be really good at running a football club. That  should be the first thing we’re seeking.

If it’s an Arsenal fan who happens to be that, great. But any one of us reading this could bring Arsenal passion and love of the club to the boardroom, but how much expertise? Also, how do Thierry, Dennis and Patrick work together? What are their roles? Will they be like a holy trinity working together in perfect harmony? I just don’t see how this is a runner at all, especially given that KSE don’t appear minded to sell, and the numbers don’t really stack up. Until such time as we can see more of this ‘plan’, I can’t even begin to get invested in it.

I can’t tell anyone else how to feel about it, but I wouldn’t get your hopes up. Still, it’s cracking publicity for Spotify who put up their prices yesterday, and continue to draw the ire of those in the music business for their practices. For the majority of people, it’s great because you have all the music in the world for a meagre monthly subscription, but as always with billionaires, there’s another side to consider. Most people won’t care, I’m sure, because most people aren’t music artists. Unfortunately we’re in a situation where – because of the valuation of Arsenal – some cognitive dissonance will have to be applied because the people who have that kind of money aren’t whiter than white.

It is an interesting one though, and something for all fans to consider. How far are you willing to compromise to see new ownership? Is the dislike of KSE and Kroenke sufficient to overlook flaws in other potential owners? Do we just want something different, or something better? Is simply Not Kroenke enough to be warmly accepted into the bosom of Arsenal fans? Not easy, is it?

Right, let’s leave it there for this morning. More tomorrow as we begin to focus on Thursday and our trip to Villarreal.