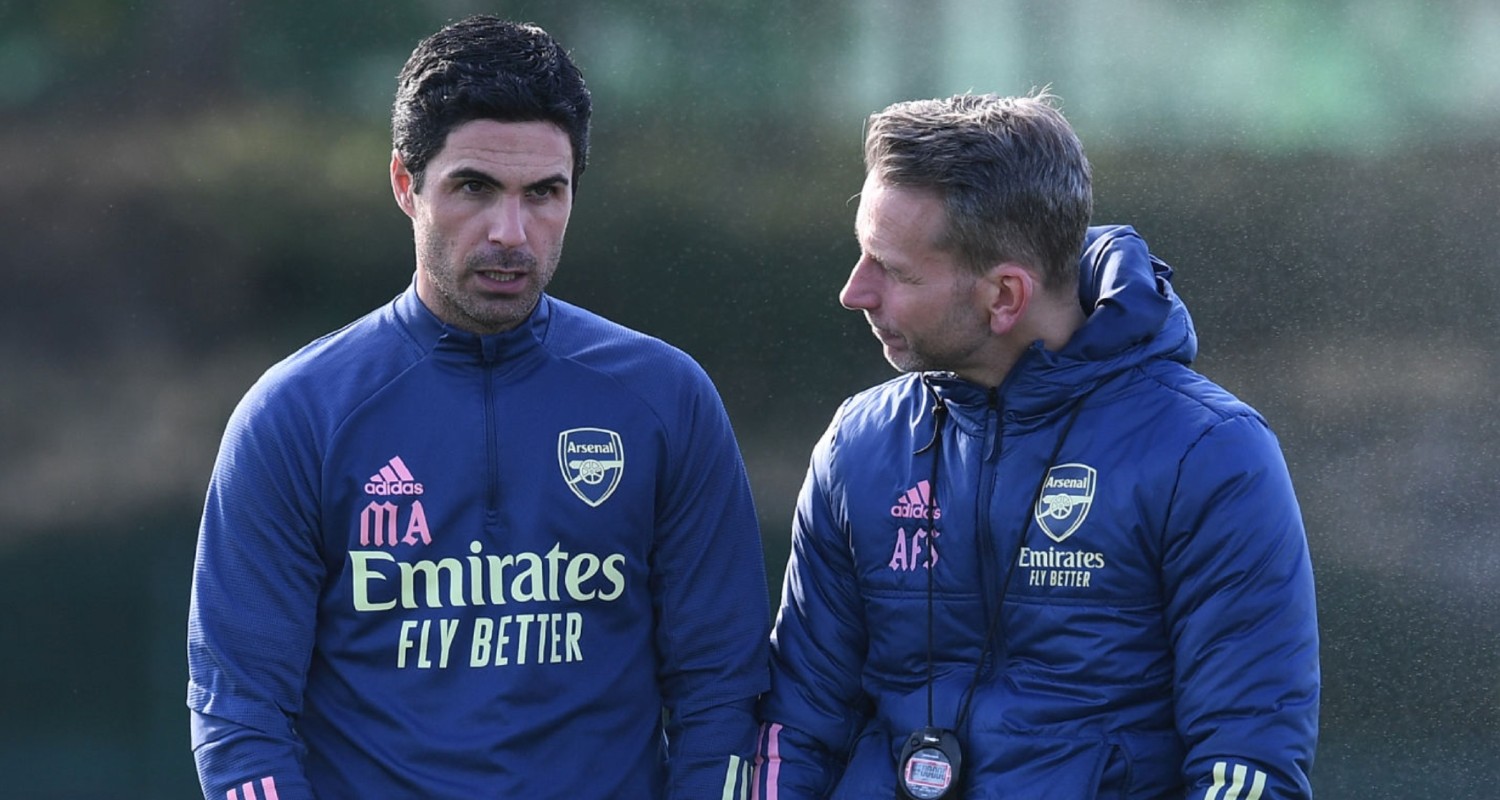 I guess it was only a matter of time before Mikel Arteta was linked with a move to Barcelona.

On Sunday night, not long after our win over Leicester, journalist Gerard Romero speaking on Catalan radio station RAC1 claimed that Joan Laporta – who is running for president in the club’s election on 7th March – had pencilled in the Arsenal manager to take over from Ronald Koeman in the summer.

On paper, Arteta does tick a lot of boxes for Barcelona.

While it wouldn’t be surprising if Arteta is on Barcelona’s radar – he’s not exactly an unknown quantity – I doubt there’s much substance to this particular rumour (or the one linking Hector with a return home) and firmly expect Arteta to dismiss the talk if  / when a question is put to him by the press later in the week. In fact, I can already imagine his cheeky smile, an awkward laugh and a quick skewering of the suggestion.

I mean, who wants to be Barcelona manager just after Messi has fucked off? It’s like someone offering you a bite of a delicious burger just after they’ve dropped it in a steaming pile of excrement. No, thank you. If you ask me, he’s far better chewing on Arsenal’s piss-sodden hot dog for a while longer.

Long-standing readers of this site might remember how much Laporta, who was Barcelona president from 2003-2010, gets up Blogs’ nose.

Back in 2009, Andrew described the Catalan lawyer as “a smarmy, big-mouthed spiv”, an “all-round twatwrech” and “a complete and utter moron”. That was in the space of 150 words. And no, I still don’t know what a “twatwrech” is.

It was also very amusing to find there’s not one but two blogs on this site titled: “Joan Laporta should shut his [stupid fat] mouth”.

You don’t need me to remind you that our collective agitation was caused by Laporta’s unrelenting attempts to destabilise Cesc Fabregas using methods honed during his aggressive pursuit of Thierry Henry and, to a lesser extent, Alex Hleb. Repeated front-page splashes by Sport and/or Marca followed by the endless recycling of the stories in the UK tabloids made for a depressing background hum to the trophy drought years.

I’d like to think we’re better equipped to handle his and Barcelona’s shithousery today. They very much had Arsenal over a barrel during Wenger’s parsimonious years and while the financial gap has widened rather than narrowed *cheers, Ivan*, they really are in turmoil at the moment. Not a day goes by without a new fire starting at the Nou Camp…which is truly impressive given their horrific car-park-cum-stadium is made entirely of concrete.

In addition to the Messi debacle, a failure to win a trophy last season and regular spankings in the Champions League, the pandemic has not been kind to them.

While Deloitte continues to rank them as the world’s richest club, it’s estimated that total revenue fell €125.7m in the last 12 months, the second-largest revenue fall in absolute terms of any of the sides in the top 20. In January, their financial reports revealed they are €1.2 billion in debt with short-term debt of roughly €730m.

The ineptitude on and off the pitch, eventually led the club’s members to bring a vote of no confidence in president Josep Maria Bartomeu, leading to his resignation in October along with the entire board of directors.

To really get the juices flowing, Bartomeu and several other former executives were arrested yesterday and dramatic pictures emerged of the Nou Camp being raided by police. Can you imagine what social media would be like if that happened at the Emirates? Jeez.

It’s all part of an investigation into ‘Barcagate’ – you know it’s bad when they add ‘gate’ – which centres on allegations that club employees “secretly hired a third-party marketing company to produce disparaging social-media content about some of its most important and high-profile players.”

Just for good measure, there’s a dash of corruption in the mix with Barcelona reportedly paying six-times the market rate to the agency.

Where do you even start? It feels like they’ve ventured into Black Mirror territory at this point.

Somehow, Laporta, reflecting on events, managed to keep a straight face when he spoke of his regret at the damage done to the club’s image and reputation. This is the man who used creative accounting to convert a €79.6 million loss into an €11.1 million profit before he stepped down.

Amazingly, thanks to memories of the good ol’ days and a couple of theatrical PR stunts, he’s the favourite to take the top job again. Of course he is, this is the world we live in.

Mikel / Hector if you’re reading. You’ve been warned. I suspect the only good thing to come of Joan’s return will be Blogs reaching for the Thesaurus again.

As you might have guessed by my rambling this morning, it’s pretty quiet on the Arsenal front. We’re in the lull between press conferences but if anything does come up, I’ll be covering things on Arseblog News.

Tom will be with you in the morning.