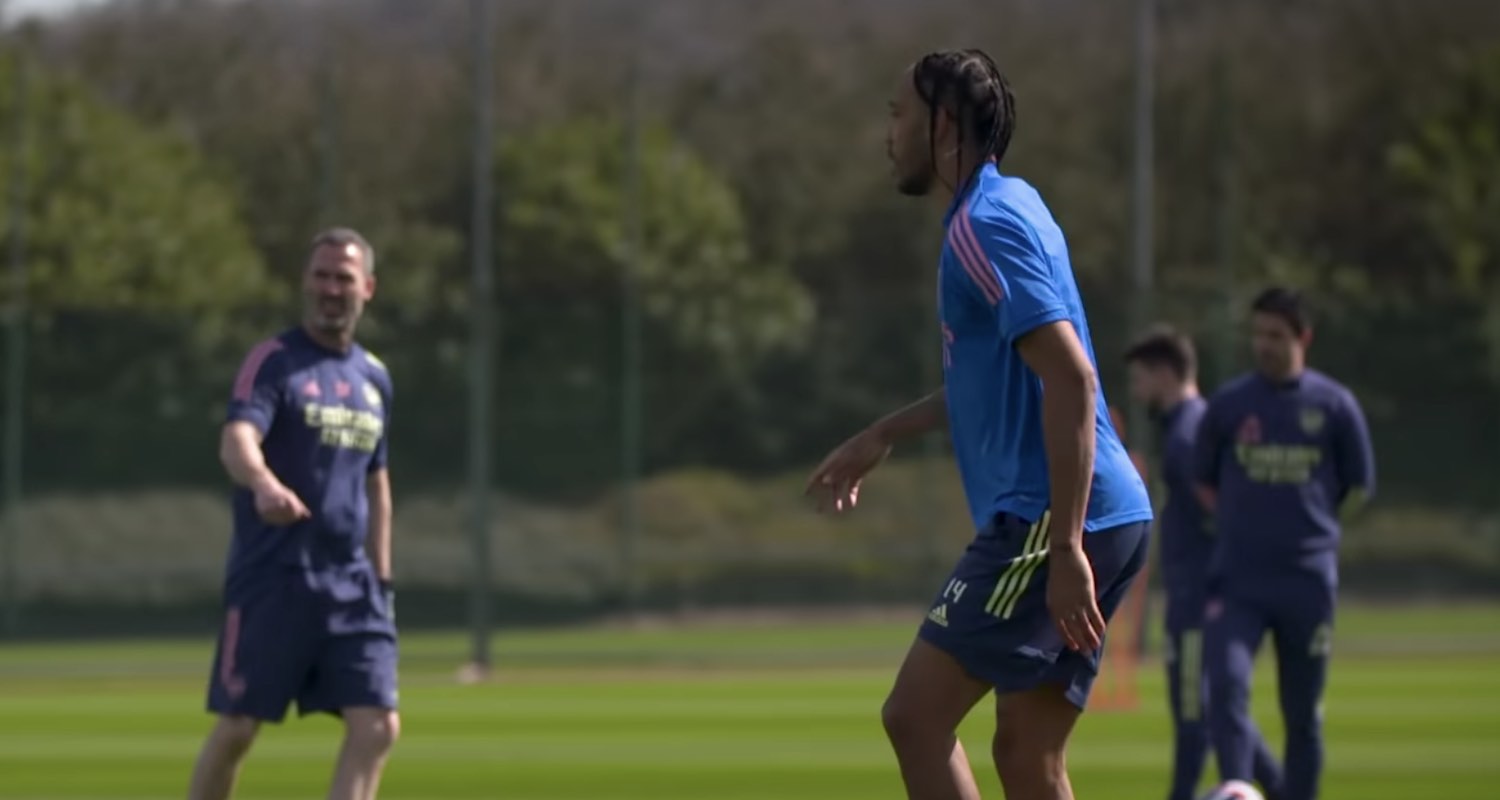 The last round of international fixtures take place this evening, so keep everything crossed that Arsenal players involved come through ok. So far, I think everyone is ok, but there are some concerns over Emile Smith Rowe who is apparently a doubt for England U21s. That our two main injury worries thus far are the two homegrown players who have been so exciting and productive for us seems a bit unfair, but hopefully Saka will have had some rest, and Smith Rowe won’t be too serious. He wasn’t fit enough to start against West Ham, so fingers crossed he’s not risked by England when they face Croatia U21s later this afternoon.

Martin Odegaard was in action last night for Norway, playing 81 minutes as they beat Montenegro 1-0. Tonight Kieran Tierney could be in action for Scotland when they face the Faroe Islands, while Granit Xhaka’s Switzerland have a friendly against Finland. You’d like to think this would be a good time to give him a rest, but somehow the midfielder will end up playing 300 of the 90 minutes tonight.

I suspect the schedule will have an impact on this weekend’s team selection for the Liverpool game, but with players travelling and returning to be assessed, it’s going to be a bit later in the week before Mikel Arteta will really know how much of an impact this Interlull has had.

Pierre-Emerick Aubameyang is back, looking sharp in training with his finishing and, after a good performance for Gabon during the break, hopefully he can rediscover his form after an indifferent few weeks in an Arsenal shirt. Tim wrote really well about his situation in his column last week, and I do think there’s an element of trauma that has led us to conflate his relatively poor return this season with his new contract signed at the end of the last campaign.

There’s no doubt that 14 goals in all competitions is poor, by his standards, but there are some mitigating factors. Players can lose form, and it’s basically the first time it’s happened since he arrived; he was also in a team which couldn’t make chances; there were some injury issues, and the personal stuff he went through which may well have had an effect as well. Those are reasons, not excuses, but I still think there’s time left in this current season for his goal tally to end up looking a lot more respectable.

With 10 Premier League games left, and hopefully another 5 in the Europa League, a strong finish from him on a personal level will go some way to contributing to a strong finish for the team too. There is still so much to play for, and for the captain in particular, this Interlull may well have come at the right time for him to put a difficult spell behind him, and really make a difference between now and May.

Arsenal yesterday launched an initiative to Stop Online Abuse (#stoponlineabuse) – details here. This follows Thierry Henry’s announcement from a few days ago that he was quitting social media because “It’s not a safe place and it’s not a safe environment.”

You don’t need me to give you any platitudes about how targetted abuse of people based on their skin colour, their religion, their sexual orientation, or even their opinions about a game in which 11 men kick a ball around hoping to beat 11 other men is wrong. It should go without saying.

There’s obviously a lot of focus on the social media companies whose policies are driven first and foremost by profits, rather than maintaining the sort of the standards they should. The more users they have, the more valuable the company is, and that bottom line, along with a corporate indifference and lack of understanding as to how damaging ‘words on a screen’ can be to people on the receiving end, is the main reason why they’re so wishy-washy about it.

So, while they can and should do more, I really think it’s important to broaden out the conversation if we’re serious about changing this unquestionably dark side of online life. I remember when I went to school, we had a Civics teacher. Along with English, maths, history, geography etc, we were taught about society, how it works, and our personal obligations as part of it. There is no escaping the fact that due to technological advancements and the way the world works nowadays, social media isn’t a passing fad, it’s a fact of life.

It will continue to change over the coming years, but whether it’s Twitter or TikTok; Discord or Facebook or whatever else comes next, people are going to congregate online and form communities. Without wanting to sound reductive, why aren’t we teaching kids about the Internet properly? Why aren’t they made aware of the permanence of what they do say and say and post online? Why aren’t they taught that behind each avatar, behind each username, lies a real person?

If it were up to me, Internet classes – as ridiculous as it sounds – would be on every school curriculum. Not just how to use this incredible resource, but how to be safe, how to look out for others and, crucially, how to apply critical thinking to what you see. Just because a story is online doesn’t mean it’s real or factual. In the very short-term we can rail against the tech giants all we want, and with good reason, but until such time as we acknowledge and properly address the need to educate from an early age, we will never get on top of it.

Hopefully the Arsenal initiative will help, but it should be just the start of a wider conversation about what needs to happen.

Right, that’s it for right now. For Patreon members there’s a brand new episode of our podcast series ‘Statements’ in which guest has to Strongly Agree – Agree – Disagree – or Strongly Disagree with statements I put to them. This one features @poznaninmypants and up for discussion are Bernd Leno, Martin Odegaard, Arsene Wenger under-achieving, Gabriel Martinelli, Sweet Caroline and lots more.

If you’re not a member you can sign up at patreon.com/arseblog for instant access to this and all our other content, ad-free podcasts, Discord chat, and lots more.

News throughout the day on Arseblog News, more from me tomorrow, and we have a very special extra post for you here a bit later on.