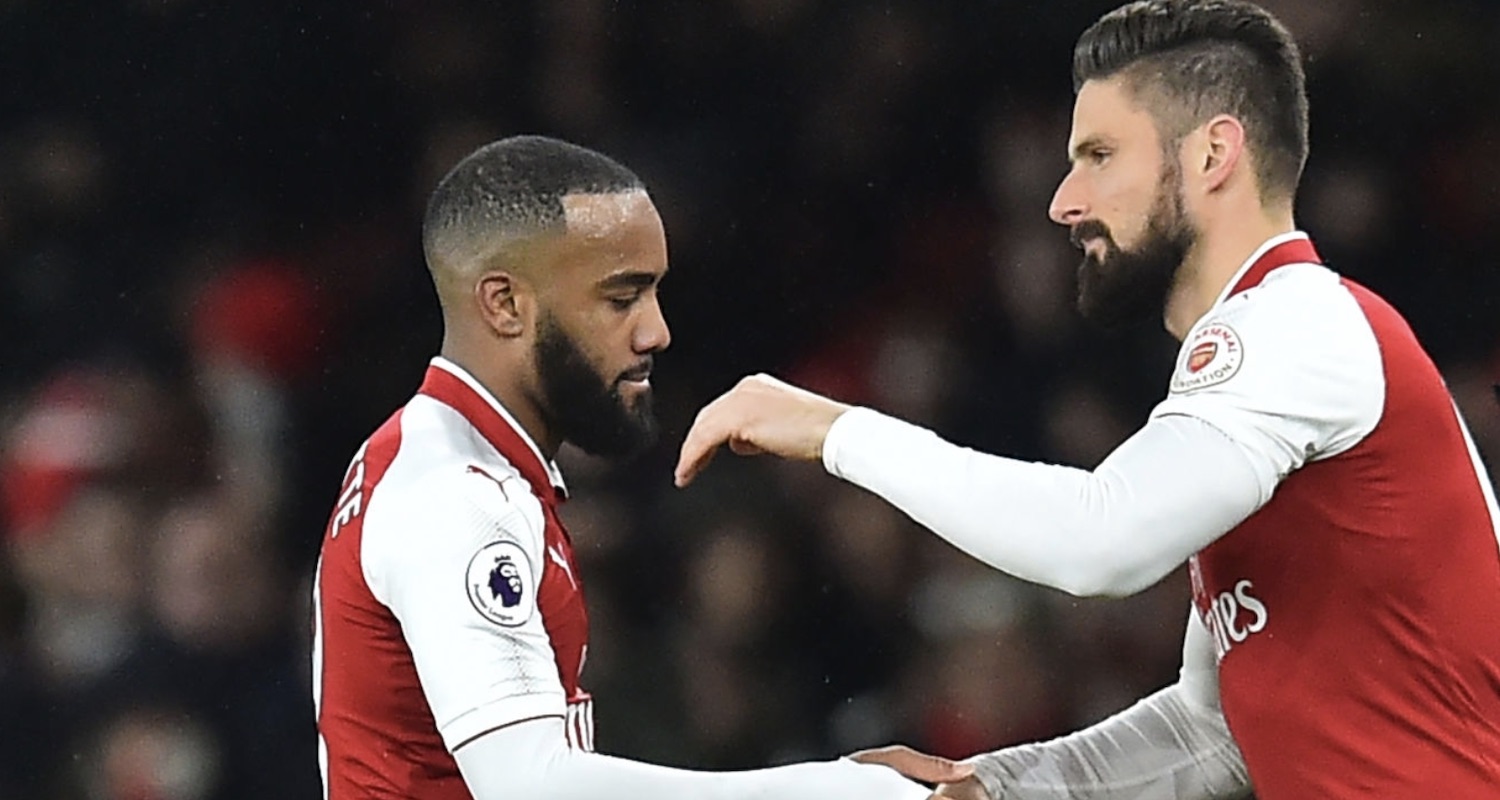 I watched a bit of Champions League last night, sort of. I was playing Rocket League on the PS4 and streaming the Atletico Madrid game on the laptop beside me – hoping that Diego Simeone’s team would give Chelsea a good seeing to.

Then Olivier Giroud scored and my Twitter timeline was full of people pining for a player they couldn’t wait to upgrade on when he was an Arsenal player and talking about what a mistake it was to sell him. I always liked Giroud, he was what he was, and if people were annoyed by him it was because they wanted him to be something he wasn’t. He was a 20 goal a season forward, that was it. He had good days and bad days, scoring streaks and lean spells, but being angry at him for not scoring more is a bit like getting annoyed at your cat because it won’t play fetch like the dog you crave.

The irony is that what people wanted was a 30 goal a season striker, and we sold Giroud to bring in that player. We wouldn’t have had Pierre-Emerick Aubameyang without that deal going down. For me that wasn’t the mistake though. The mistake was Alexandre Lacazette, which might sound harsh, but that’s the way I see it.

We spent £50m on the Frenchman and then realised he wasn’t the 30 goal a season striker so 6 months later spent £55m on another one to play in the same position. If we’d been thinking properly we’d have pulled the trigger on Aubameyang the previous summer, kept Giroud and had a back-up striker who has more to his game that his compatriot, in my opinion.

We spent £50m on a player who scores fewer goals and doesn’t really give you a ‘plan B’ the way Giroud did. To be clear, the criticism here is of the deal, not the player, but then you have to remember you’re dealing with a club which has – over the last number of years – ‘pulled off’ some of the most extraordinary transfer deals. From losing Alexis for nothing (I know we got Mkhitaryan but you know what I mean), Ramsey and Welbeck going for free, spending £28m on a teenager who will have gone two years without making his debut, the money spent on the likes of Mustafi, Willian etc, just dropping a casual £15m loss on Lucas Perez, to paying players to go away, there’s so much there I bet somebody could make an Arsenal transfer version of We Didn’t Start The Fire (but I urge nobody to do this because that song should never be heard in any form, it’s a crime against humanity).

Anyway, this isn’t to be wistful about Giroud, but to hope against hope that what we do from here on in is based around some semblance of plan. A strategy. A careful look at what we need and deals which are done to make that happen, rather than the ‘Yes, and …’ improv version we’ve done for so long now. Also, let’s hope it’s an angry Simeone’s Atletico in the second leg.

I noticed Lucas Torreira come on last night, and he’s not exactly having a great time in Madrid. He’s played just 604 minutes of football this season, so it’s hardly the kind of loan he wanted, and probably not the one Arsenal wanted either. I think it’s clear the Uruguayan doesn’t want to stay in England, so this was very much a shop window season for him. Play well and maybe Atletico will sign him permanently. Play well and other teams around Europe might be interested. Barely play at all … well, that makes everyone’s life more difficult.

Come the summer he’ll have two years left on his Arsenal deal, so that makes it a bit easier for us when it comes to commanding a fee – but he’s done little this season to increase his value in this Covid market. When you consider the situation of another loaned-out midfielder, Matteo Guendouzi, that’s a bit more complicated. He’ll only have one year on his deal during the summer, and like Torreira, I don’t believe he has any future with us.

One of the things that used to worry/annoy me about him was his tendency to fall over in dangerous areas to try and win free kicks. Granit Xhaka does it too, but he has the experience to get the decision pretty much every time. I was always concerned Guendouzi would get caught out badly when playing for us, and this weekend that’s exactly what happened at Hertha Berlin as the video below shows:

Diving in your own box is a bold move, as Matteo Guendouzi showed here.pic.twitter.com/wR7hhdGgDN

Hertha coach Pal Dardai has obviously had issues with him over this, saying, “In training, I always stop these kind of duels because you can’t fall to the ground like this. And, afterwards, he’s mad.”

He went on to praise the player, but said he was going through a kind of football ‘puberty’, and I think that’s a big part of why he’s not at Arsenal anymore. It wasn’t his reaction to what happened at Brighton that saw him left out, there was more behind the scenes, and I’m convinced it was his adolescent behaviour that saw him fall foul of Mikel Arteta (more than once).

His season in the Bundesliga has been better than Torreira’s in La Liga: 17 appearances, 2 assists, 1 goal. Not brilliant, but hopefully enough for someone to give us some reasonable money in the summer that we can then invest in a better midfielder as we look to bolster a key area of the pitch. There’s a lot to do in midfield in the next window, but that’s a bridge we can cross when we come to it.

There’s a much closer bridge in the shape of Benfica in Athens tomorrow evening, and this morning Mikel Arteta meets the press to discuss the game before they fly to Greece later on. We’ll have all the team news updates and stories on Arseblog News.