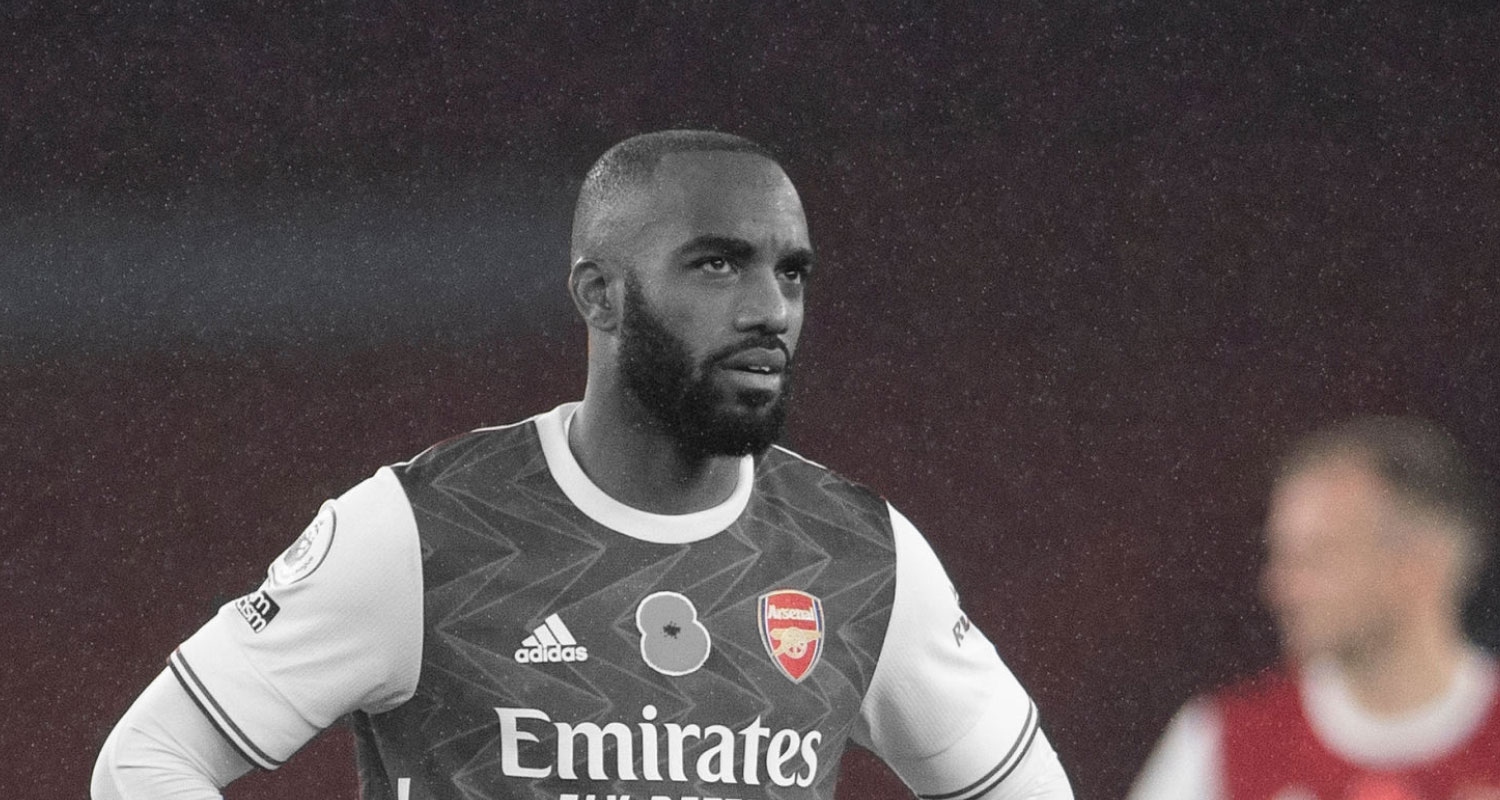 There is little doubt that Alex Lacazette and Willian are two players in a funk, form wise. Given the stage of their respective careers, they may have stumbled into a terminal decline. Indeed, it is concerning that Mikel Arteta’s first choice attack features a 29-year old, a 31-year old and a 32-year old and the club have a lot of salary invested in the two most senior members of that triumvirate for the next three years at least.

Rory Smith wrote a very interesting piece in the New York Times last week called ‘There is no such thing as a bad player.’ Based around the boom and bust career of Patrick Bamford, Rory’s contention is that, at the elite level, all players are exceptionally good and the gap between in ability between peers is razor thin.

However, individual form is often determined by extraneous factors, such as the coach, how teams are setup tactically, how settled the player feels personally and the partnerships they develop with teammates. Football is a team sport after all and, aside from the absolutely interstellar talents who automatically earn the privilege of having teams built around them, every player is affected by these synergies in one way or another.

This article is not intended to absolve either Willian or Lacazette of their form or suggest that either are totally blameless- they clearly are not. I do think it is worth considering the reasons that might be exacerbating their struggle, however. I wrote at length about Lacazette’s ennui a few weeks ago but I think I can expand based on recent games.

I felt that one of the central reasons for his decline in form was the loss of two key players, in Mesut Özil and Aaron Ramsey, who operated between the lines. Lacazette has always been a player that likes to come away from the front line and combine with others. He combined well with Özil, bumping off passes and playing wall passes between the lines of opposition midfield and defence.

Ramsey was a very welcome foil for Lacazette too because he made late runs into the area which occupied defenders. Look at the graphic below tweeted by Orbinho. Laca is clearly being asked to come away from the front line towards the centre circle, but who is he supposed to combine with? Where is he supposed to circulate the ball to? Usually this kind of ‘false 9’ movement is maximised a colleague running into the space the forward vacates, which is clearly not happening at Arsenal. He is a connector with nothing and nobody to connect to.

Arsenal’s front three are so far apart that there is no meaningful chance for them to combine or to interchange. Who is running into the area to provide support for Lacazette or even moving a defender or two out of his way? Now, I think the Frenchman is looking especially leaden footed and is struggling to get into these danger areas.

He has also missed some presentable chances this season however, he is still the team’s leading goal scorer and he is still getting chances. It is true that he has missed presentable headed chances against Leicester and Aston Villa (while he scored a header against West Ham and had a header chalked off against Leicester) but he is the only attacker regularly getting these chances in a team that desperately struggles to create.

In football analysis, we really need to start normalising missed chances. A chance of more than 0.5 XG is exceptionally rare, nearly every shot that is taken in any given game is more likely to miss than score- even the really presentable looking ones. That’s why chance creation really matters, how many shots a team takes really matters.

Harry Kane has eight goals from 36 shots so far this season. Which statistic do you think Mourinho cares about most? That Kane has scored eight or that he has missed 28? The issue for Lacazette is that Arsenal create so few chances that every miss feels egregious. When they do create chances; they all fall to him because he is pretty much the only player in the area.

There are no midfield runners to help clear defenders out of his way and, frankly, heading is not really his greatest attribute so it begs the question as to why Arsenal are forced to toss crosses onto his head so often. If he lacks confidence at the moment, it’s not difficult to see why- Arsenal are asking him to perform a thankless task.

He has a year and a half left on his deal and was not offered a new one during the summer, so we can see what the manager thinks of him in the long-term. I’m not criticising Arteta for that- I don’t think Laca should have been offered a new deal and ideally; he would have been sold this summer. Lacazette is not stupid, he will realise this and that might well be an additional factor if his confidence is quite low.

Willian has undoubtedly disappointed in recent games. He is, historically, a right-winger who offers technical and tactical stability. For Chelsea, he balanced a forward line where Eden Hazard had license to roam from the opposite flank and for Brazil, he did something similar as a balancer for Neymar while forming a good partnership with right-back Dani Alves.

Willian is as impacted by the above graphic from Orbinho as Lacazette is. Who are we asking him to combine with other than Bellerin? (And, in fairness, the Willian and Bellerin connection, while far from show stopping, is functional). Guess what? Aubameyang is also underperforming too and it’s largely because he is being too easily isolated and kept away from his attacking partners. The Brazilian is a player capable of providing stability for elite attacking structures that have freedom elsewhere and that is not the situation he finds at Arsenal.

Tom Worville and James McNicholas wrote a piece in the Athletic documenting Arsenal’s struggles to create danger for opponents. It sets out some of Willian’s struggles, “Willian managed between 38 and 44 touches in the attacking third per game at Chelsea. At Arsenal, that’s dropped by more than a third, to 24.”

Nicolas Pepe is struggling for Premier League minutes due to a lack of trust from the manager and due to his own inconsistency. When all of the attackers are underperforming simultaneously it does rather suggest that there are broader issues at play. Arteta favours five lanes of attack, with the front three in position supported by the two full-backs.

The problem is that the structure is too flat and, too often, it just involves five guys standing in a straight line. A good attacking structure needs jeopardy, it needs players supporting from midfield, effective triangles and rotation of positions. Arsenal’s attack doesn’t have any of these things so it’s little wonder that all four of the experienced, well-salaried attackers look bereft.

That creates an economies of scale effect where confidence is also harmed. Another of the principles of good attack is the technical security to pin teams back and keep the ball coming back at them again and again and again and Arsenal don’t do that. Willian has, in the past, been a supporting pillar allowing attacks with more improvisational teammates to drift and move and probe.

He has been a sounding board but there isn’t the movement and spark around him that makes his technical and tactical dependability attractive. It’s worth reiterating in conclusion that Lacazette and Willian are not entirely blameless for the poor form they find themselves in but whenever a player’s form hurtles from a cliff, there are usually other factors beyond the individual’s culpability threshold. We accept the team’s creative shortfall as a reason for Aubameyang’s poor form, so why would the same not apply to Willian and Lacazette?