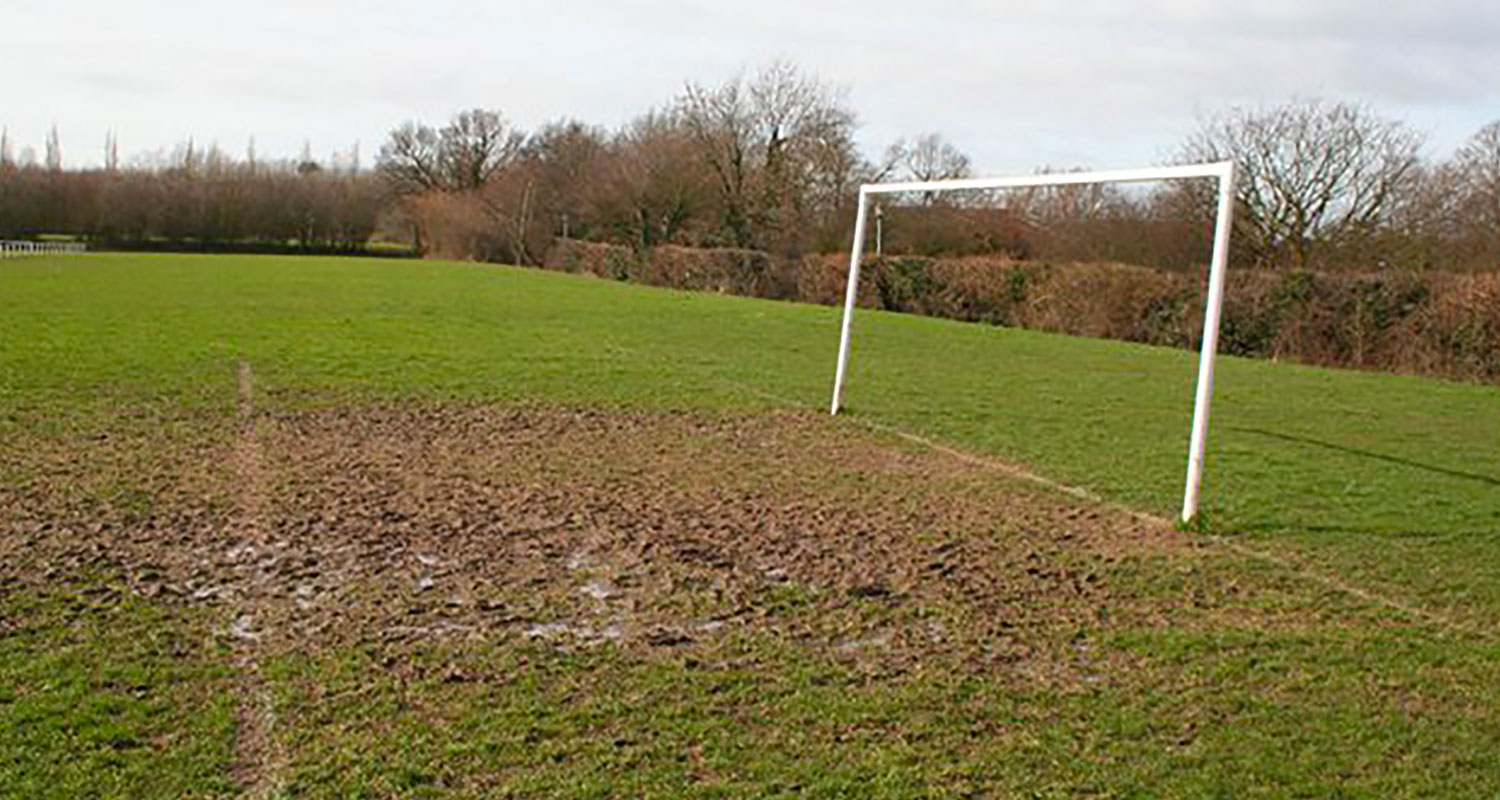 Football … the beautiful game – at every level.

The sound of a wet boot smacking a leather ball. Sliding tackles, caked mud. The surprisingly fit fat lad in central midfield who shouts ‘Johnny’s ball’ and wins it every time. The roar of a crowd at a big game. 60,000 people joining together as one because that player we all hate has done something to make us hate him even more. A spectacular goal. A finger-tip save. Last minute winners. Thumping headers. Inspired substitutions. The captain lifting a trophy after just dropping the trophy. The celebratory spray of branded fizzy wine. Financiers, venture capitalists, and private equity firms assembling a $6bn (£4.6bn) funding package to create a European Premier League order to make the richest clubs and their rich owners even richer.

If you listened to the Arsecast last week in which myself and Philippe Auclair discussed the then big story ‘Project Absolute Bastards’, you’ll have heard us discuss the possibility that this was part of a drive towards a European Super League, and … well … here we go.

The report that emerged yesterday was quite detailed, and to be clear, this proposed league would replace the Champions League, not see teams like Liverpool, Man Utd, Barcelona, Real Madrid … and Arsenal, break away from their domestic leagues. Much like the story that broke around the domestic project, this appears to be a deliberate, calculated leak rather than – with all due respect to those involved in the writing of said stories – the work of a reporter sleuthing away and uncovering something massive. They wanted this out there.

The timing is curious in some ways. I would assume the creation of something like this would require a measure of certainty when it came to financial projections. I don’t pretend to be any kind of expert, but don’t most business plans expect you to outline potential revenues and so on? Are they working on the basis that by the time this thing comes around the world will be Covid-free, fans will be able to travel, clubs will be able to sell tickets and so on? I suppose they must be, in which case I have some grudging respect for their optimism.

This isn’t the first time the idea of a European Super League has been floated, but what’s interesting about this one is that it is backed by FIFA. That creates an issue with UEFA – the association which is the administrative body in Europe, so there’s either going to be some very serious legal wrangling, or unprecedented cooperation between the two.

A 16 or 18 team league would mean a minimum of 30 games, so despite the fact this isn’t a breakaway from the domestic leagues, it would still have a huge impact. To put it in perspective, the last few years of Arsenal’s Champions League tenure saw us play 8 games a season: the 6 in the group stage, and the 2 when we got knocked out by Bayern Munich or Barcelona. Where do you squeeze in the other 22? A reduced Premier League, for a start, hence the push for 18 teams in ‘Project GFY’, and more than likely the removal of one of the cup competitions, the League Cup. It could even have an impact on teams’ involvement/interest in the FA Cup.

But what would we get? On paper, the idea of regular, more frequent games between the biggest clubs in Europe sounds like something football fans would want. We’ve got El Clásico in midweek, and one at the weekend too! Nice, except there’s a lot of surface level glitz and glamour and not a great deal of substance. What are they playing for? Obviously the winners will get a trophy, but there isn’t a football supporter or football player out there right now dreaming of lifting a trophy that doesn’t yet exist.

If it’s likely to be a closed league, with no promotion and no threat of relegation, how quickly do games become unimportant. How do you get excited for a game between 9th place Arsenal and 13th place Valencia (not sure if they’re in it but just an example) to see who can earn the prize money that comes with each win, and the extra millions you’ll get based on your final position in the league? We hear a lot about tradition in football, and maybe things will develop over time, but the lack of history between clubs – based on years of competing against each other – will leave this without something important, something fundamental.

The big question has to be: what is the reason behind the creation of this? Is it to create the ultimate elite football competition, to pit the best teams against one another to see who can proudly declare themselves the best in Europe? Well, we already have that in the Champions League which, for all its many flaws, is an offspring of the European Cup, the most prestigious and storied trophy in this part of the world.

I know it has been bastardised and commercialised and all the rest, but the entire history of that competition would be just paved over like some kind of parking lot for a league which is being created simply to generate money for a cabal of rich clubs, not as a test of sporting merit. As much as you love Arsenal and football, how much genuine enthusiasm can you muster for something like that?

I think it’s inevitable that Arsenal’s ownership have been involved in this. With the American ownership at Liverpool and United apparently spearheading this project, it’s difficult to imagine that KSE haven’t been part of the discussions in the back-channels. There have long been internal goings-on to ensure that as and when this thing happens, we’ll be involved, so even if we’re not front and centre right now, we’ll be pushing to make sure we don’t miss out on the cash cow, no two ways about it.

The last thing I’d say is that this is still some way away, and I know there are those who doubt that it will ever happen. People have been talking about it for years, and it hasn’t come to pass. However, with what’s happening to football finances and the seismic impact Covid is having on the world, there’s now a very obvious opportunity for those who want this to push it through. How you view that kind of manoeuvring, whether it’s cynical, borderline sociopathic, or simply just businesslike, is up to each individual, but something like this has been a long-time coming and I suspect this time they’re going to push very hard to make it happen.

Your thoughts are welcome, as ever, in the arses. We’ll have some pre-Europa League team news over on Arseblog News later as we prepare for Rapid Vienna tomorrow night. Beyond that, nothing new going on.