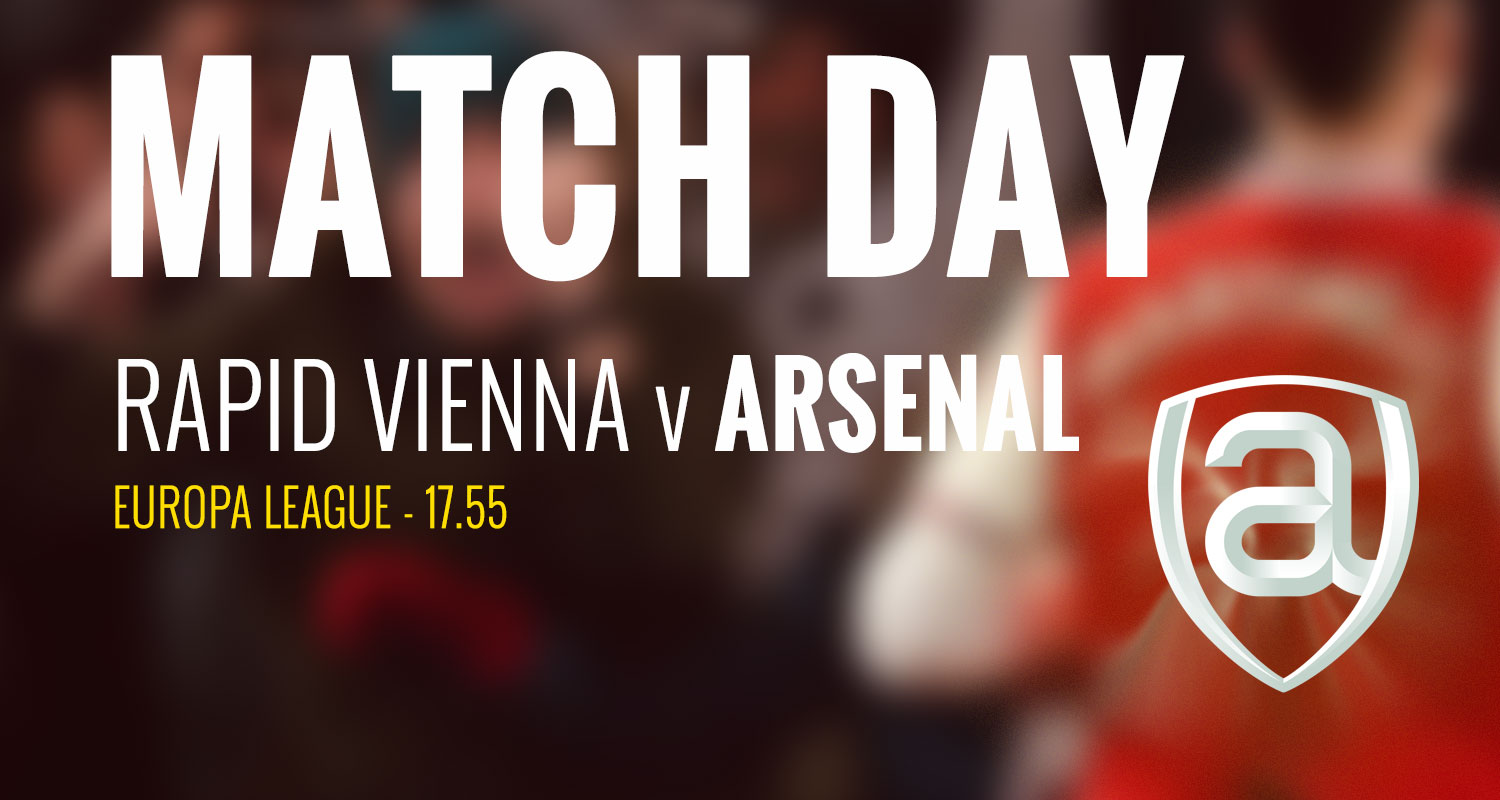 Arsenal’s Europa League campaign kicks off this evening as we face Rapid Vienna, in a game which will hopefully be a welcome distraction from some of the more soap opera elements that surround the club at the moment.

In terms of team news, we go there without Rob Holding who will miss three weeks because of the hamstring strain he picked up in the warm-up on Saturday, but Shkodran Mustafi returns having spent three months on sidelines with a hamstring injury of his own. One in, one out defensively, and regardless what you think of the German, we need as many warm bodies as we can get back there with so many others unavailable.

The manager is hinting at a first start for Thomas Partey who got just a few minutes against Man City. He says:

He reacted really well, he came on and look strong and confident [against Man City] and he added something positive to the team. It was a very short turnaround for him since he joined the team, he had a day, a day-and-a-half only in training.

He has done a few more training sessions and he looks ready to start.

I think it’s a reasonable game to give him 60/70 minutes ahead of Sunday, assuming we can get ourselves into a position where it’s fine to take him off, and it’ll be interesting to get our first proper look at him and how Arteta is going to use him. We are all hoping that he can add an extra dimension to midfield, so no doubt we’ll be playing close attention if he is in the starting line-up this evening.

There’s no Willian (calf) or Dani Ceballos (ankle), so there’s room for some changes in midfield, and we’ll see some rotation throughout the team no doubt. I don’t know a great deal about tonight’s opposition, but an added layer to this game is that we’ll be playing in front of a crowd – albeit a limited one – for the first time since March. I don’t expect that to have any influence on performance, but it’ll be nice to hear some real fans, not fake ones for a change.

Kick off is 17.55 – as ever we’ll have live blog coverage for you, as well as all the post-game stuff on Arseblog News.

It’s not possible to write a blog today and not mention Mesut Ozil, although I will do my best to keep it brief as I find it hard to add much more to the post I made a couple of weeks ago about the sad end to his Arsenal career. As I’m sure you’re aware, he released a statement yesterday regarding his exclusion from the squad, which prompted a lot of discussion and lots of questions for Mikel Arteta in his press conference yesterday evening.

You can read every word the manager said about him here, and while I realise there are some who choose not to take him at face value, I’m not one of them. When he says it’s not about money, as he did previously, I believe him. When he says there’s no edict from on high which means he’s not allowed to pick Ozil, I believe him. When he says his conscience is clear over an extremely difficult decision, I think he’s tell the truth. I don’t think Arteta has been anything other than up-front and honest since he took job, and if he says it’s footballing reasons then I will accept that. I’m not telling anyone else what to think, or what to believe, but on the basis of everything we’ve heard from Arteta since he took over and the way he spoke last night, it’s credible.

It doesn’t mean he doesn’t think Ozil is a good player; it doesn’t mean he thinks Joe Willock is better than Ozil; it doesn’t mean he can’t see the talent Ozil has; but he is trying to build something for the future and Ozil is not part of it. When I watched the video of the press conference, it looked to me as if Arteta was actually quite upset that he was unable to get what he wanted from the player. It’s up to each individual how they interpret that, but to my mind he asked for things he didn’t get, which is why we are where we are.

Ozil won’t be in the squad, he won’t be playing, Arteta has taken responsibility for that decision, and we need to concentrate on the players who are available to us. I’m am genuinely fatigued by the whole thing now. It’s so tiresome that this issue lingers the way it has, and I suppose it’s worth pointing out that there is another senior player in exactly the same situation as Ozil who has declined to go public and stir everything up.

My final thought is this: I think it’s a situation which Arsenal as a club haven’t managed as well as they could have, and I don’t think Ozil comes out of this smelling of roses either. It’s a real shame this break-up is playing out in public the way it is. It’s unseemly, unhealthy, unprofessional, and to have this hanging over us for another seven months until his contract expires isn’t good for anyone. However, with what played out yesterday, I’m drawing a line under it now because what’s left to say?

Finally for today, football fans can generally do very little about the things which are foisted upon us, despite often complaining about them vociferously. The recent introduction of £14.95 pay-per-view games seems to have sparked something though. At the weekend, Newcastle fans raised more than £20,000 for a local food bank as their supporters donated to a good cause rather than cough up that exorbitant amount on top of the subscriptions they already pay.

Arsenal fans can do likewise ahead of the Leicester game on Sunday (with the ridiculous kick-off time of 7.15 in the evening). Follow this link to give whatever you can to help fund local organisations which address poverty and inequality in Islington. I’ll be making a donation today.

Right, that’s it – catch you later for the game. Until then, take it easy.

Two strikers, one agent, will they both play against Dundalk?