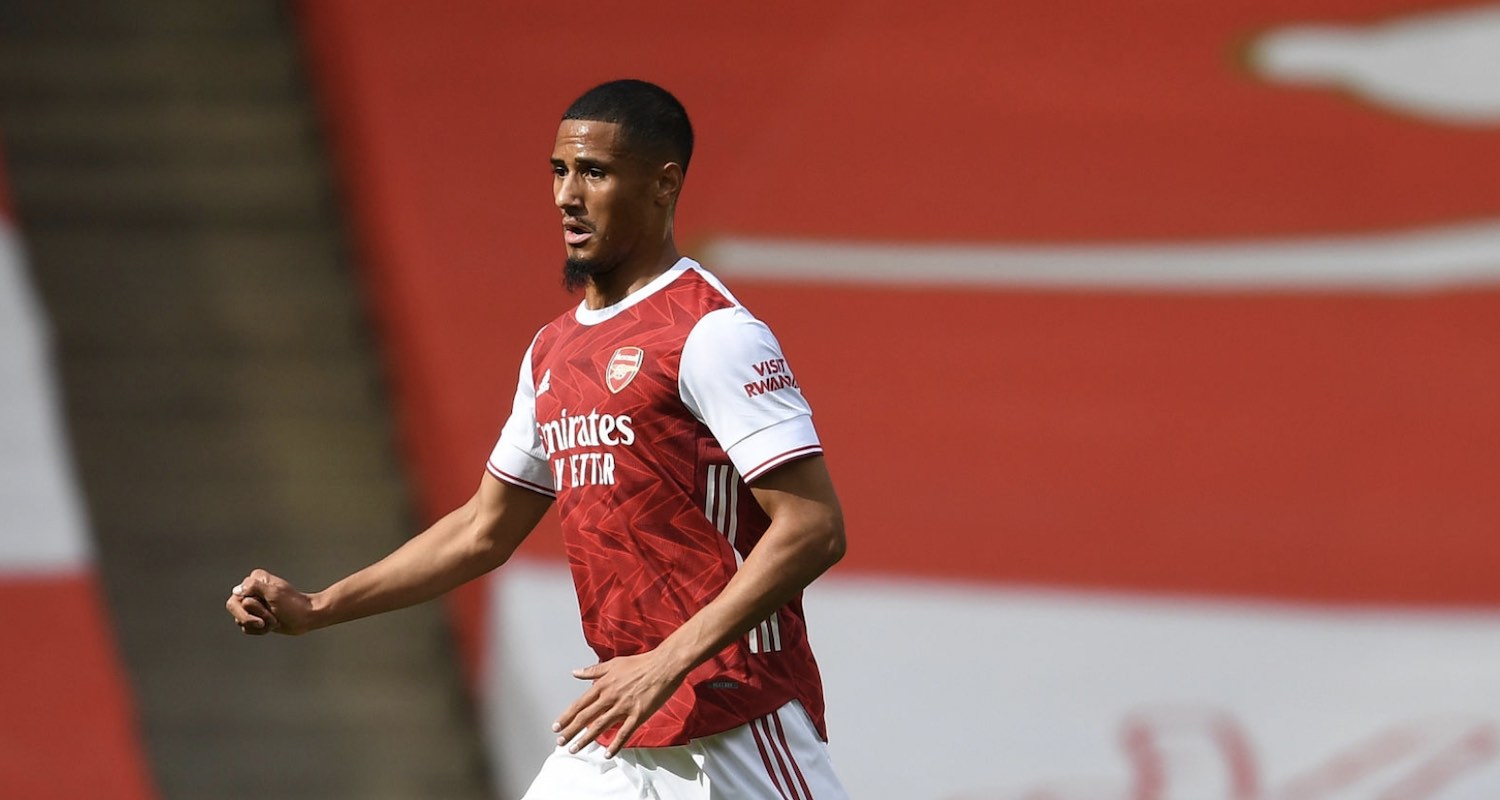 Morning all. Welcome to a brand new week after what was a good weekend for us. There are a couple of bits and pieces to cast our eyes over this morning. Let’s start with this.

Because of our issues at centre-half, many had tipped the young Frenchman to start against Fulham on Saturday. Instead, Mikel Arteta used Gabriel as the anchorman a three man defence, with Rob Holding and Kieran Tierney outside him. Saliba wasn’t even in the squad. I’m not going to say it sent shockwaves through the fanbase, but I did see a lot of questions wondering why he wasn’t involved.

It’s possible he had a little injury. We know that part of the reason he wasn’t permitted to play in the French cup final was because we had concerns about his fitness, and one of the reported stipulations/sticking points, was Saint-Etienne having to follow a specific training plan put in place by our staff.

Like Gabriel, his last game was in March, and I suspect Arteta wasn’t willing to take the risk of fielding two players with that kind of physical risk. Not for the first time though, he spoke about the 19 year old needing time:

I think it’s going to take him some time to adapt to our way of playing but as well to get adapted to the language, the rhythm, the physicality of the country. As well we have to bear in mind that he didn’t play much football last season with all the injuries he had.

So, I think it will be a process that we have to be patient, picking the right games with the right environment and trying to grow because he has a really good potential.

When a club like Arsenal pays close to £28m for teenager, and are so determined to get him they’re willing to loan him back to the club they’ve bought him from straight away, it suggests he’s a bit special. I can’t ever remember Arsenal doing a deal like that before for a player before, regardless of age. So, because of that expectations are raised, especially so for a club which has struggled for so long to sort out the centre of its defence. There have been various attempts at doing so, but nothing has been what you’d call an unqualified success.

The reality is a bit different though, and I think the expectations need to be tempered a little. He is just 19, coming from an injury hit season in Ligue 1 – he made just 17 appearances in all competitions last year, and now he’s got to deal with a new country, a new club, learning a new language, and all the rest. It’s also different for defenders. You can throw a 19 year old winger into the mix and if they make a mistake it’s usually high up the pitch and people’s attitude is ‘It will come good for him.’

Such is the relentless focus on every single aspect of player performances these days, where one mistake or one misjudgement will be scrutinised to the Nth degree and potentially turn you into a meme, defenders are much more exposed. My sense, based on what Arteta said there and in the not too distant past, is that he wants to ease him in gently and to protect him in the nascent stages of his Arsenal career. Speaking back in July, he said:

I am excited to work with him but I am worried about the expectations because I know how difficult it is to play as a central defender in this country. It is one of the most complicated positions here. The step is really, really big.

If it’s taken someone like Nicolas Pepe – who might be somewhat similarly burdened by his price-tag – time to settle into life in the Premier League, it’s not unreasonable to think the same applies here. All going well, Saliba could be a player who has years and years ahead of him in red and white, but let’s give him some time and patience.

Emi Martinez and a replacement

He had a medical with Aston Villa over the weekend and various sources report he completed his move there yesterday. It’s signed and sealed, just not officially announced. I’d expect that to happen at some point today. With Brentford very clear they don’t want to sell David Raya, we’ve been linked with an Icelandic keeper named Runar Alex Runarsson who currently plays for Dijon in Ligue 1.

If it seems a bit of a left field choice, there’s a connection to our current set-up because he worked with current goalkeeping coach Inaki Cana Pavon at Danish side FC Nordsjælland. Our interest in Raya stems from the time he spent with Pavon at Brentford. Who needs scouts when your goalkeeping coach can double up and do that job too?! In seriousness though, when Edu spoke last week, he laid out his vision for how recruitment would work (£):

I want to work a lot more with StatDNA, which we have internally here at the club. It is very important. I want the people I want to work with to be very close to me. I don’t want individual people working in one area or for one country. I want a group working together. Fewer people with much more responsibilities. That is my vision.

Maybe Runarsson is a player that StatDNA have identified. He spent the majority of last season as back-up for Dijon and were he to come to Arsenal he’d obviously be that to Bernd Leno too. What the German’s injury at Brighton demonstrated though was the importance of a solid deputy – and don’t get me wrong, I’m not saying this guy can’t cut the mustard – but it’ll be interesting to see what happens here.

Right, let’s leave it there for now, but James and I will be recording an Arsecast Extra for you this morning. As ever if you have questions or topics for discussion, send to @gunnerblog and @arseblog on Twitter with the hashtag #arsecastextra – or if you’re on Arseblog Member on Patreon, leave your question in the #arsecast-extra-questions channel on our Discord server.

The podcast should be out around mid-morning (UK time), so keep your eyes peeled in all the usual places for when it drops. Until then, take it easy.