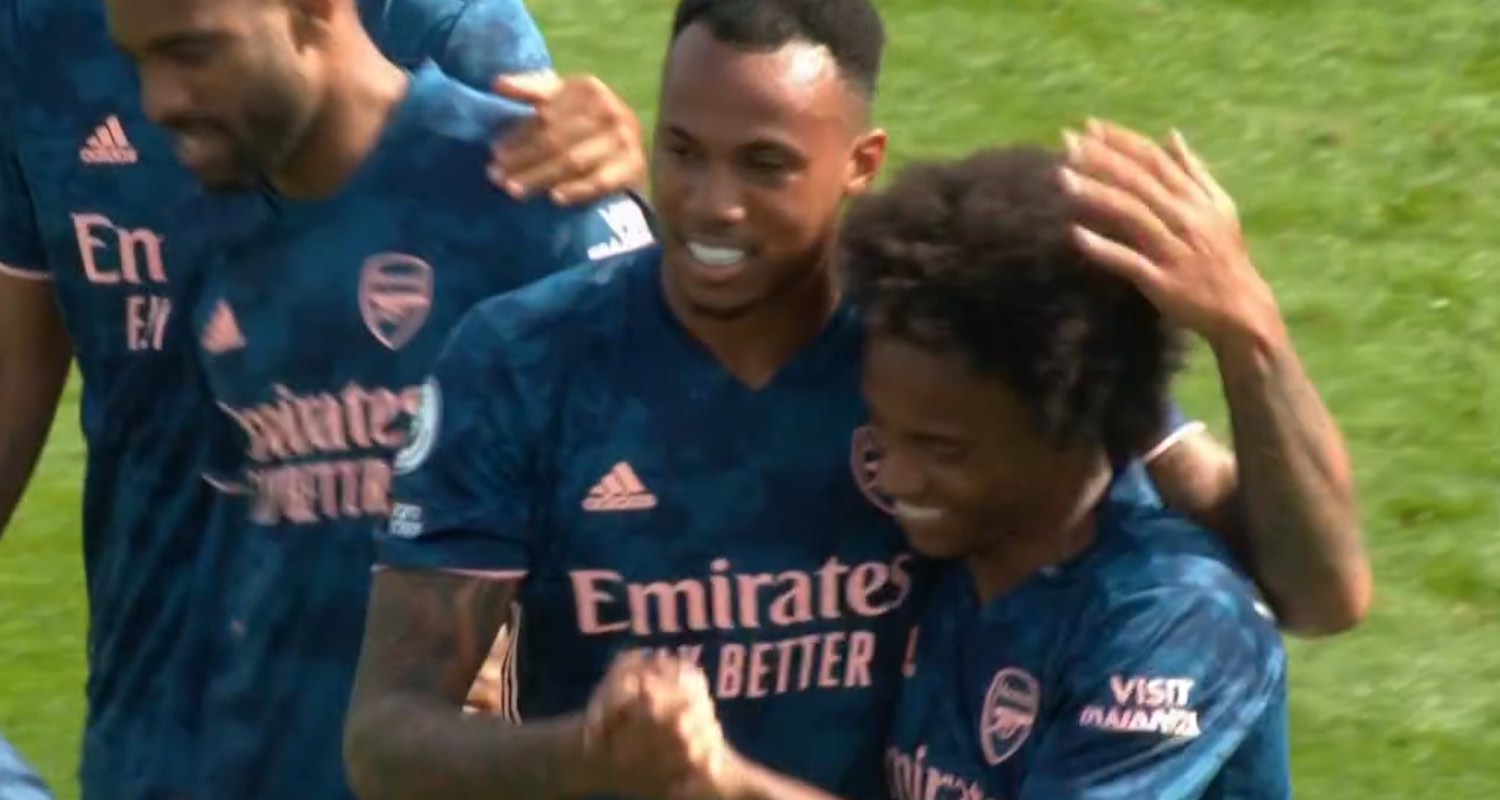 Sometimes in games small moments can have a big impact. In the second minute, Ainsley Maitland-Niles played a pass back towards Gabriel but also sufficiently towards Bernd Leno that there was a second of hesitation/miscommunication between the new centre-half and the goalkeeper. Fulham were in, but the Arsenal keeper stuck out a big hand to prevent the ball going beyond him, Gabriel mopped up and calmly played the ball out to Rob Holding.

It was a reminder of how important the German has been to us since his arrival, and it unquestionably prevented the complexion of the game being very different. For the Brazilian to be seen to make a mistake which cost us a goal so early in his Arsenal career would have been difficult, and perhaps he wouldn’t have had the kind of impressive display that followed. He wasn’t perfect, but having last played a competitive game of football in March, to anchor a three man defence the way he did on his Arsenal debut was very impressive indeed.

He finished the game with a goal, and was the team’s leading passer on the day. If he played it a little bit safe with the ball at times, that’s understandable, but sometimes safe is good. Our top four passing combinations all involved him. Either side of him Rob Holding and Kieran Tierney were excellent, and to end up with a win and a clean sheet on his first appearance will be a big positive for the 22 year old. Let’s not get the hype train up to full speed just yet, he’ll have much sterner tests than this over the coming weeks, but he has made a solid first impression in an Arsenal shirt.

Mikel Arteta’s team selection raised a couple of eyebrows ahead of the game, with Willian starting ahead of Nicolas Pepe and Mohamed Elneny in midfield alongside Granit Xhaka. With regard the latter, I don’t think he’s the man to solve all our midfield problems, but he’s generally been a steady – if unspectacular – performer for us. Yesterday, he was perfect for the game that was in it. Energetic, moving constantly, recycling the ball well, and quite interestingly completed 12/14 passes in the attacking third. I can understand why everyone is anxious for midfield improvement, but this is a long season with too much football to play before May, and we need a deep squad. The manager sounded impressed with the Egyptian afterwards, and if he stays I think he’ll be a useful option.

As for Willian, he was involved in all three goals. His shot was blocked which allowed Alexandre Lacazette to stab home the opener from close range; his corner – won after some glorious ball juggling on the run by Holding – was headed home by Gabriel early in the second half; and his nice cross-field pass to Pierre-Emerick Aubameyang led to the captain doing what he does – making scoring goals look easy when we know it’s anything but. To finish his Arsenal debut with two assists will be very pleasing for him, and it’s worth pointing out that doubts about him before signing were almost entirely to do with the duration of the deal, not his quality. He is Premier League ready, and he showed that yesterday. He looked very comfortable with his new teammates and the way we want to play.

I think it’s also worth highlighting the performance of Hector Bellerin who looks more and more like a player who is leaving the impact of that ACL injury behind him. I get when people bemoan the fact that lightning pace he had as a younger man appears to be gone, but I also think it does him something of a disservice. He’s an intelligent player, now 25 years of age, and much better on the ball than people give him credit for. He’s being asked to play for a manager who now insists his players use the ball in tight areas, and he doesn’t look remotely fazed by it. He got forward well, combined nicely with Willian, and created a brilliant chance for Aubameyang with a superbly weighted through ball from midfield – it needed a first time finish. He is not the right back we should be considering selling.

There were plenty of positives yesterday from an Arsenal perspective, beyond the obvious three points and a clean sheet. The team looked well organised front to back, there was good coordination when we pressed high up the pitch, and all in all we look increasingly comfortable with the way Arteta wants us to play. There were some lovely passages of play, and even if there is still something of a creative gap in midfield, we managed to make chances and cause Fulham problems.

As for the ‘It’s only Fulham’ crew – there’s no pleasing some people. It was only Villa, and it was only Brighton at the tail end of last season. You can’t complain that we don’t do enough against this kind of opposition, then also complain when we score three times, keep a clean sheet, and win away from home. Yes, we all know there are better teams in this league, but spare us the tediousness of this kind of post-game qualification. We played well, we won, and if that’s not sufficient, I don’t really care to hear about it.

Afterwards, Mikel Arteta was pleased with the opening day of the new season, saying:

I don’t think it gets much better than that. I think it’s really good for the players, for their confidence, for their belief, and to settle in the group quickly. It’s always a challenge when you bring in new players but the way they played today and the commitment they showed with the boys, it was terrific.

There’s now a full week before our next game, a chance to get everyone fitter and more up to speed. There’s going to be a lot of competition for places this season, and as we’ve already seen Arteta isn’t afraid to make decisions based on his own terms rather than anyone’s reputation, price-tag, or ‘pressure’ from fans. It’ll be very interesting to see how it all plays out. All in all though, a very solid start to the new season, and something we can build on from here. We only won four games away from home last time around, a record which has to be improved, and yesterday was a first small step in doing that.

Right, that’s it – enjoy your Sunday, more from me here tomorrow and James and I will have an Arsecast Extra for you as usual.