Home Arseblog, the arsenal blog The return of some fans + Interlull and Covid-19 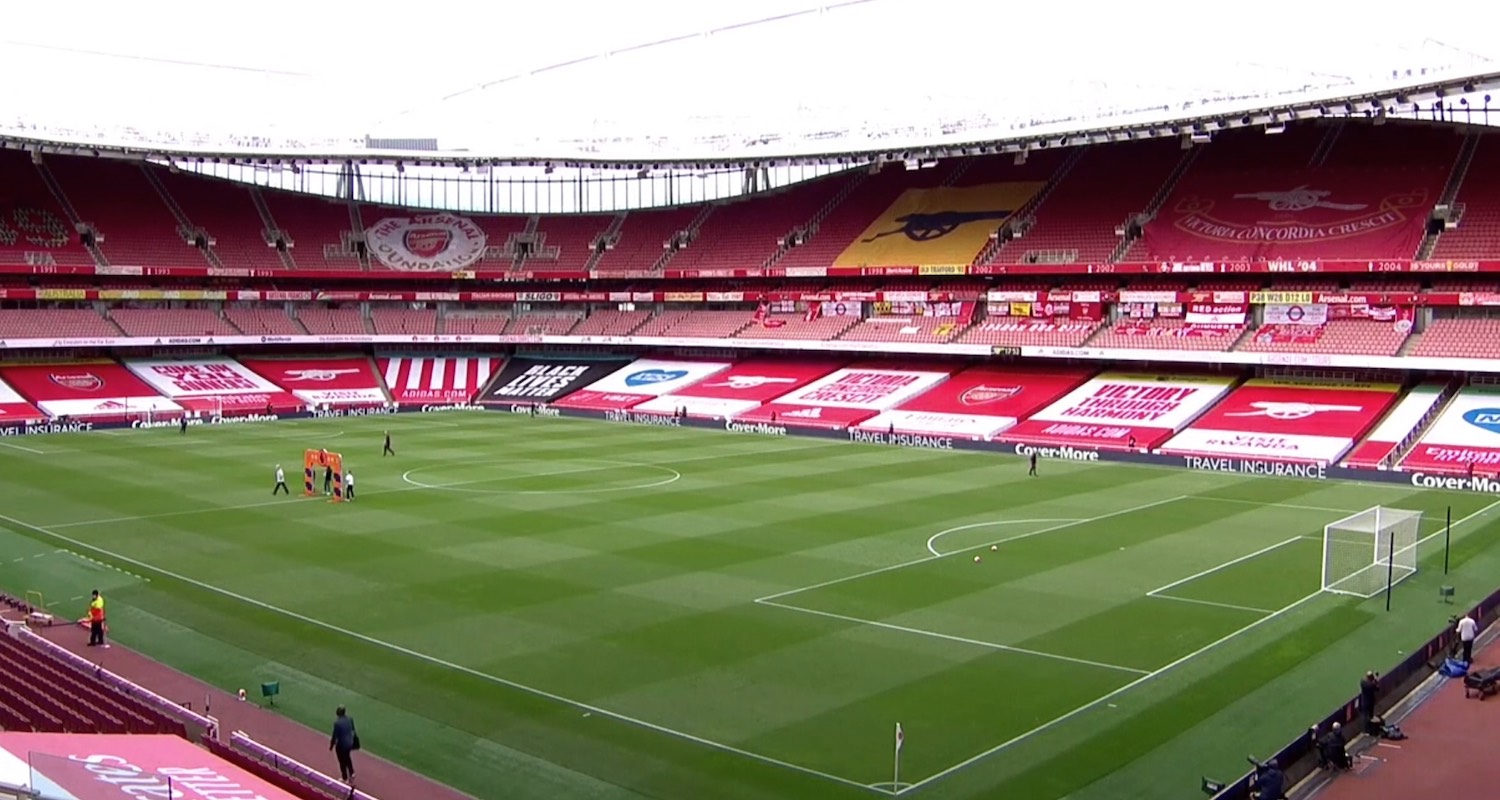 Arsenal yesterday announced details of season tickets and how reduced capacity games are going to work. It is pretty complicated, involving ballots and a new Covid Code of Conduct, plus lots of new terms and conditions.

The plan is to allow some fans back into the stadium from October 3rd, for our home game against Sheffield United. I wonder what it’s going to be like. Football without supporters in the stadium is a obviously very different thing. It’s missing something fundamental. I have not been able to watch games with the fake crowd sounds – where possible I always choose the ‘natural’ option. To me, the artifice of the engineered soundtrack just doesn’t work, it takes away from what I’m watching. As hard as these guys in the sound booth try, it’s always just a bit behind what’s happening on the pitch – like watching a movie where the actors voices are out of sync, their lips move but the words don’t match.

But empty is empty. It’s one thing. We know why there’s nobody there, and it’s easy enough to make complete sense of it. Having some fans back is a first step. It was always going to be this way, but I’m really curious as to how it might impact the experience for those of us watching on TV. Will there be a half and half soundtrack? Pockets of singing and chanting among the noise of the players playing? Will we get used to that, or will it be something that hammers home the surreal times we live in?

I realise, of course, that how it sounds or looks on TV isn’t the most important thing. The return of fans in a safe and controlled way is going to be a step in the right direction for Arsenal and most clubs who need that revenue stream, but as that’s how I’m going to view most of the matches, I’m interested to see how it affects the ‘experience’.

I was recently asked to come to London to do a live podcast, but I had to turn it down. First, I’m not at all comfortable with the idea of flying and airports at the moment. I’m not sure how much social distancing there is on planes. Secondly, it still just doesn’t feel right to bring crowds of people together, even if they would be sitting at the appropriate distance. That’s a personal thing, by the way. I’m not telling anyone else how they should think about this.

I really feel for people who work in the hospitality industry, in entertainment, in nightlife, pubs, bars, venues, gigs, restaurants and so on. Their business has been so badly affected by what’s happened in the last few months, so I completely understand their need and desire to get things up and running again as best they can. I just don’t feel comfortable doing something like a live podcast just yet. Hopefully in the not too distant future we’ll be able to do more of them, because they are always great fun.

I wonder too about the players involved in internationals over the next week or so. I don’t think we have quite as many away as we might do ordinarily, but it feels as if the carefully managed bubbles they existed in after the restart are expanding. There’s international travel, airports, players coming from all over Europe to become part of their national squads and those interactions, then more travel to and from games. While I’m sure there will be testing, when you increase the amount of contacts you have, you surely increase your chances of contracting the virus.

In France, already dealing with positive cases at other clubs, three PSG players have reportedly tested positive after their post-Champions League holiday. Paul Pogba pulled out of the France squad after he produced a positive test. With players going all over Europe, then coming back, it’s unclear exactly what the protocols are. Arsenal have reportedly had some players in quarantine/self-isolation over the last number of weeks, but what happens with the lads who go away on international duty this week? Do they need to do the same? There’s another Interlull in October, and in the UK there were as many new cases at the end of August as there were towards the end of March when the lockdown was introduced.

Reports about the return of Dani Ceballos are obviously very positive, and it’ll be good to have him in the squad next season, but Spanish media report that because Spain is not exempt from the self-isolation requirements he would have to spend 14 days abiding by those protocols. That means he would miss the start of the season, and our opening game against Fulham. It could very well impact other signings we might want to make during this transfer period, and similarly players we move on may have to go through a similar process when they get to their new club/country.

This is all new though. We’ve never had to deal with anything like this in our lifetimes, and trying to find the balance between protecting public health and returning to the things that are important for societies, economies etc is very difficult. Having some fans back inside the Emirates will be seen a positive thing, and understandably so, but it still feels like we’re some way off the ground being full (or half full and the attendance being announced as 60,003!).

More on the ticketing stuff on tomorrow’s Arsecast, along with a good round-up of everything that’s going on transfer wise too.