Home Arseblog, the arsenal blog Gabriel in! Hector out? 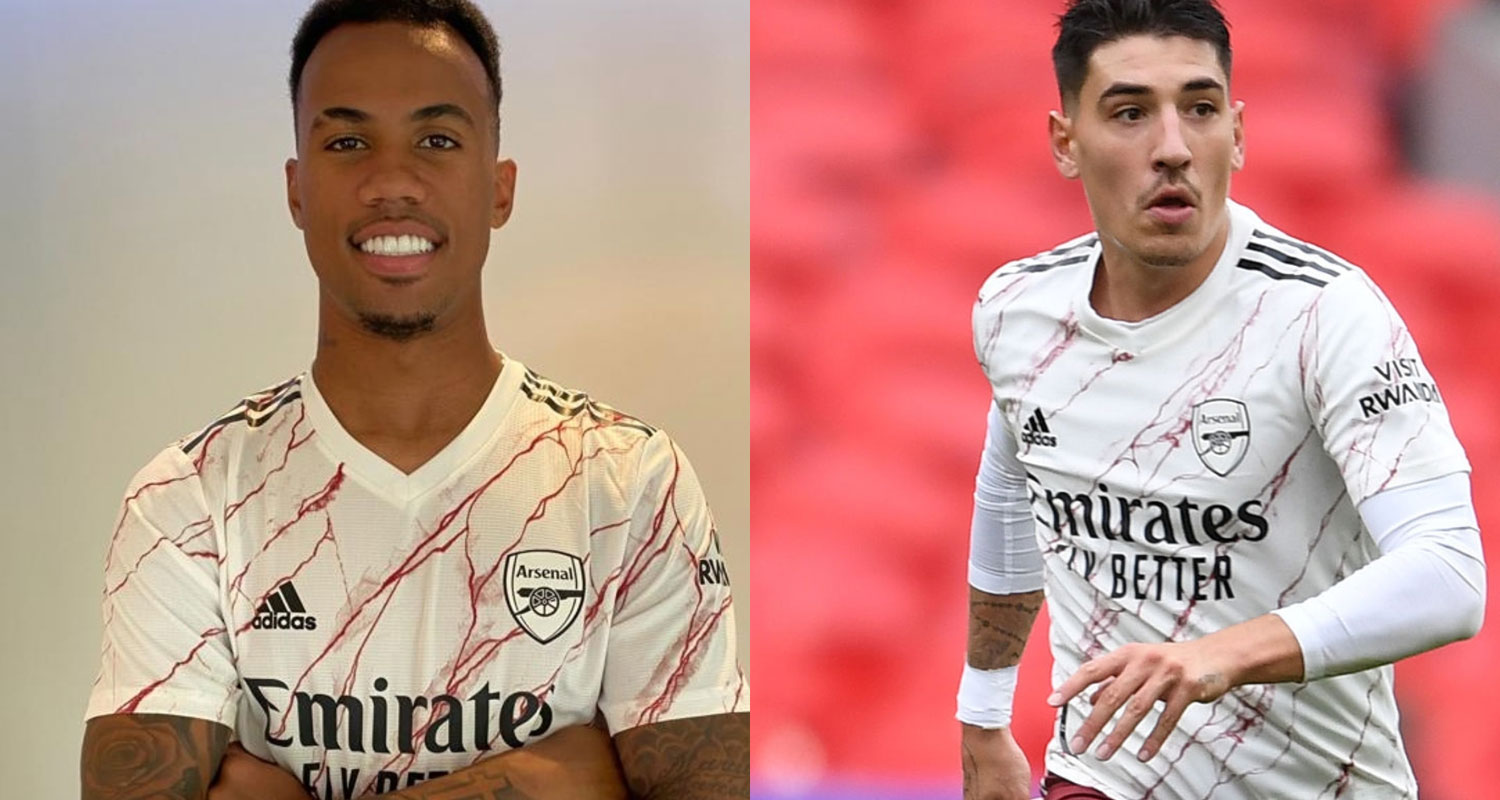 Arsenal yesterday made official what everyone has known for some time now, we’ve signed Gabriel Magalhaes from Lille.

The defender will cost something in the region of €30m, and adds to our expanding collection of centre-halves, as well as swelling our Brazilian ranks to four, alongside David Luiz, Gabriel Martinelli and Willian.

He spoke about how the traditions and history of Arsenal played a part in his thinking, and no doubt coming to a club where he’ll be helped settle in by his compatriots was a factor. Our Brazilian Technical Director Edu was someone with whom he had ‘many good conversations’, but phone calls from Mikel Arteta were important too:

As the days went by I was getting very excited, then I had a call from the coach and that was very reassuring. Having the coach himself calling you to say he wants you in his squad motivates you a lot.

That is the very reason I am here today.

Clearly the centre of our defence is an area which has needed improvement for some time. Having already brought in William Saliba (19), and now having added a 22 year old, the hope will be these guys can be the future. With my most optimistic hat on, in time they become the perfect modern CB partnership in a back four, but I suspect we’ll be continuing with the back three for a while yet – and they can be eased into action alongside some more experienced players initially.

To understand what kind of a player he is, there’s a great profile piece on him here from Phil Costa. He’s someone who likes the duels, and the need to be aggressive and physical is obvious in the Premier League. He arrives on the back of one good season in Ligue 1, so I don’t think we’re getting the finished article by any means. Few defenders of this age are, to be fair, and I do hope that’s reflected in analysis of him during the season (and to a lesser extent Saliba, there’s a lot of expectation around two young players).

I feel like forwards and midfielders tend to get a bit more leeway than defenders. If they don’t hit the ground running, they need time to adapt, to come to terms with a new team and teammates, the new language, a new league, and all that. Which isn’t unreasonable, by the way, but because defenders’ mistakes and flaws are usually more pronounced and more costly, there’s a tendency to be harsher when judging them. So, hopefully the excitement over his arrival is tempered with some common sense when he starts to play.

I hope he’ll be great from the start, but even the Premier League’s best defenders had to go through some shit at this age to develop into the top players they became. I thought it was quite funny (in a nice way) that he referenced the fans and all the positive messages he got on social media imploring him to sign. In the back of my mind though, it was hard not to worry that the less tolerant side of the fanbase won’t make themselves known to him after a poor game or an error which costs us a goal. Which is to say, 22 year old defenders need time, coaching, patience – because they still have plenty to learn. Let’s hope he’s given some of that understanding.

Anyway, all in all, a positive signing. If I were Pablo Mari I might be feeling a little anxious this morning seeing another left-footed central defender arrive at the club, but good players will always play and having a challenging, competitive environment is important. It’ll also be crucial to move some players on, and buying before selling always make the latter thing a bit more difficult. But to our credit we’ve – relatively swiftly – gone out and addressed one of the big issues of this transfer window.

Meanwhile, as we wait to see how is going to leave, stories emerged last night detailing a £25m bid from PSG for Hector Bellerin. Here’s what we know.

The first thing I’ll say about this is that I really like Hector as player and man. I think he represents the club with genuine distinction in this modern world, and if he left I’d be really sad about it. I think he’s starting to find his form again after the ACL injury which had such an impact on him, and he’s also our best right-back. I think it’s also worth pointing out that the clubs who are after him – PSG and Bayern (the two Champions League finalists), and Juventus – are not exactly a step-down. There’s a reason for that.

At the same time though, most people recognise that in order to make some of the signings we’re all keen to see, we’re going to have to sell some players. Ideally, we’d just bang out all the deadwood, the lads we don’t want any more, the ones who don’t or won’t contribute, and we simply trim the fat off the squad and keep the best players.

The reality is that those players are harder to move on. Nobody is banging down our door offering big money for them, because there’s a very good reason we don’t want them anymore. Go to the market with damaged goods, set up your stall, and see how much you can get. There aren’t many scrap merchants in football, especially in this current financial climate, and when it comes right down to it, the players who will generate the kind of transfer fee that you can re-invest in a key target are often the ones you least want to lose.

When I look at this squad, I don’t see too many players who could bring in big money. Hector is definitely one. Alexandre Lacazette is another in that ballpark – and there’s a decision to be made there as he has two years left on his contract at 29. The figures floating around earlier in the summer for Matteo Guendouzi seem ludicrous now. Who is paying £40m for him? Nobody. We haven’t had a sniff of interest in him. I see people mention Lucas Torreira but if we got anything close to what we paid for him from a Serie A side, I think we’d be doing very well.

This is not a squad replete with valuable assets that we’re happy to part company with. It has always felt like there would be some pain along the way this summer in order to get the money we need for a player like Houssem Aouar (David Ornstein says there are discussions ongoing over him but whether they’re internal ones, or between the two clubs I’m not sure).

Then there’s the issue of what to do about right-back/right wing-back. Cedric Soares is a downgrade on Bellerin in my opinion, so I hope that’s not the plan. I can see how Ainsley Maitland-Niles could see this a genuine opportunity to nail down his place in this team, and I think the potential is there to become a very good player in that position. There is, at least, an internal succession plan that could work, because of all the issues we needed to sort out this transfer period, right-back is not one of them and we could do without that kind of complication.

I’d also say that I’d be looking for more from PSG than £25m if I were being tempted to sell Hector. Their pockets are deeeeeep, and we shouldn’t be doing them any favours. The market isn’t what it was, but when a club like Chelsea is throwing big money all over Europe, PSG’s similar financial profile means they ought to cough up more if they want to make this deal happen.

The truth is, losing a favourite player hurts. Losing a good player hurts. Nobody really cares when the guy isn’t up to scratch. You might wish him a nice time wherever he’s going but everyone’s ready to move on. If PSG up their offer and we do sell, what we do with the money will be key to how quickly the pain of his departure dissipates. If it can help strengthen an area of the team which really needs it, it’s a bullet we may have no choice but to bite.