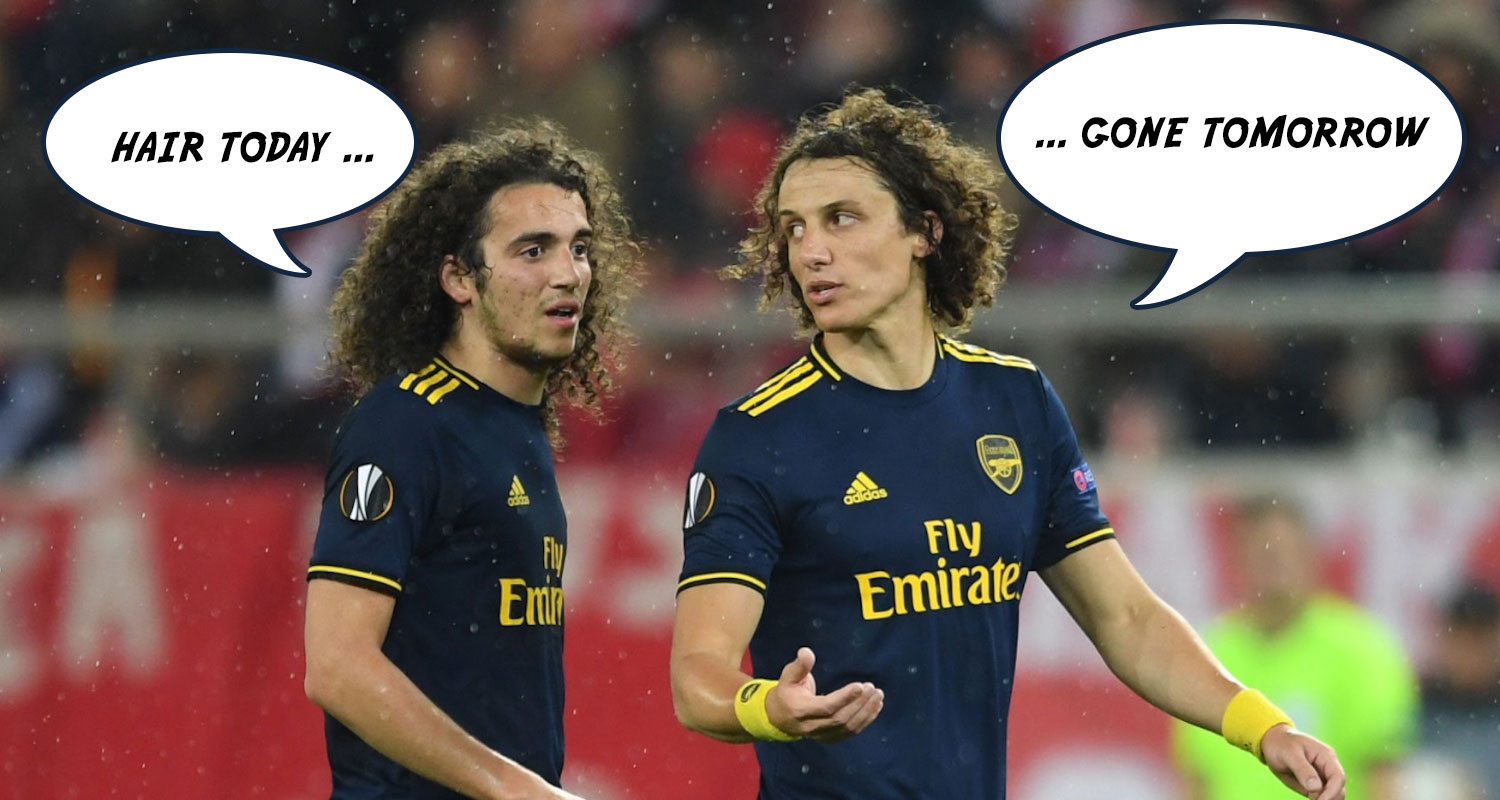 A couple of stories to get us going this morning though. First, via David Ornstein in The Athletic (£), news of a potential injury to David Luiz which could keep him out for an ‘extended period’, but which is also going to be assessed ahead of Fulham on Saturday. He has a neck problem, picked up during the Community Shield, and exacerbated during training.

If he is missing, we could see a baptism of fire for at least one of our new centre-halves for the Premier League opener, depending on what formation we play, of course. Calum Chambers, Pablo Mari and Shkodran Mustafi are still out injured, so that would leave us with Rob Holding, William Saliba, Gabriel and Sokratis to choose from. The latter is still with us, he was in the media day pictures yesterday, so as long as that’s the case, he could be an option for the manager on Saturday.

We could throw out a back three of Holding, Sokratis and Kieran Tierney, who has featured in that role regularly of late, but it will be interesting to see if Arteta is ready to play his €30m signing, or the club’s £28m signing from last summer. When you think about it, the fees we’ve paid for those two players, plus the £14m or so we splashed out on Mari from Flamengo, are quite significant. That’s a solid investment in the centre of our defence over the last 12 months or so.

It’s quite Arsenal though that even having spent that much we still have questions: Saliba’s relative youth; Gabriel maybe needing a bit of time to adapt to a new club after barely a week of training; Mari’s career trajectory has been so unusual, as well as injury and lockdown preventing us from getting a really good look at him so we’re still a bit in the dark as to his quality.

It’s also pretty telling that being without Luiz feels like a blow. He did play well in a couple of the big games towards the end of the season, but overall his first campaign with us was wildly inconsistent, so much so that we weren’t going to take up the option of another year until the massive complication that is Covid-19 hit. He looked every one of his 33 years at times, and while his professionalism, character, and experience are qualities the manager and his teammates really appreciate – things not to be sniffed at either – it’s hard not to harbour concerns about his performance levels.

There’s no question we’re building for the future when it comes to the centre of our defence, but I suspect Arteta saw Luiz as something of a mentor for Saliba and in particular Gabriel as he settles in. His absence may result in some measure of throwing them in at the deep end, but sometimes that’s what has to happen in football, and it’s not always the worst thing either. Finding the balance between giving a young player a chance and not overburdening him early in his career at a new club isn’t always easy, but players want to play and if needed I’m sure they’ll relish the opportunity.

It might also be a chance for Rob Holding whose loan move to Newcastle now looks as if it won’t happen. I was ok with him going there, because I could see the benefit to us, but if he stays, we have a player who has something to prove at a key point in his career. There’s no question the ACL injury had a big impact on the last season and a half, and I don’t think he’s ever going to form the cornerstone of our defence, but the season is long, we have lots of games to play, and I think quite a lot will depend on having decent, reliable squad players – and he could well be one of those.

Elsewhere, Matteo Guendouzi was back in training for the first time since June. If you were being cynical you might suggest the fact that we’ve had no bids for him has forced something of a rethink on behalf of both parties. You can’t be an intransigent, petulant young player when you have nowhere to go. Similarly, as a club you can’t just leave an asset to waste away and devalue. At the very least you squeeze something out of him to provide squad depth while perhaps putting him back in the shop window.

Anyway, last night a story emerged from L’Equipe which suggests that PSG are now interested in the 22 year old, and are offering Julian Draxler as part of the deal. The German has been linked us with us countless times down the years, especially during his Schalke days, and with less than 12 months left on his deal in Paris, there’s a need on their part to extract some value from him.

Details this morning are in short supply, it’s not clear if this is a straight swap proposal or some money plus Draxler. Ideally it’d be the latter, but of course it all depends if Draxler is a player that Mikel Arteta wants or likes. It’d likely mean shelving other targets if this were to happen, but it would add a nominally more creative midfielder to our ranks in the place of a more functional one – and we still have players who can do what Guendouzi does.

It feels like he’s been around forever, but the PSG man is still only 26, so he’s at a good age if we were inclined to make this happen. I am dubious about this one in particular I have to say, but as the window heads towards its closure, I think we’ll see more and more proposals like this between clubs, and some deals of this nature go down. For a club like Arsenal, already struggling to shift players, it’s not beyond the realms of possibility that we could find ourselves involved as we look to compromise on some aspects of our incoming and outgoing business.

Ok, that’s it for this morning, hopefully we’ll have news today as the preparations for Fulham continue in earnest. We’ll have a couple of podcasts for you tomorrow as well, so until then, take it easy.

David Luiz, the rejected appeal, and time waiting for no man