Home Arseblog, the arsenal blog Emi Martinez: A sad departure but Arsenal and player win out 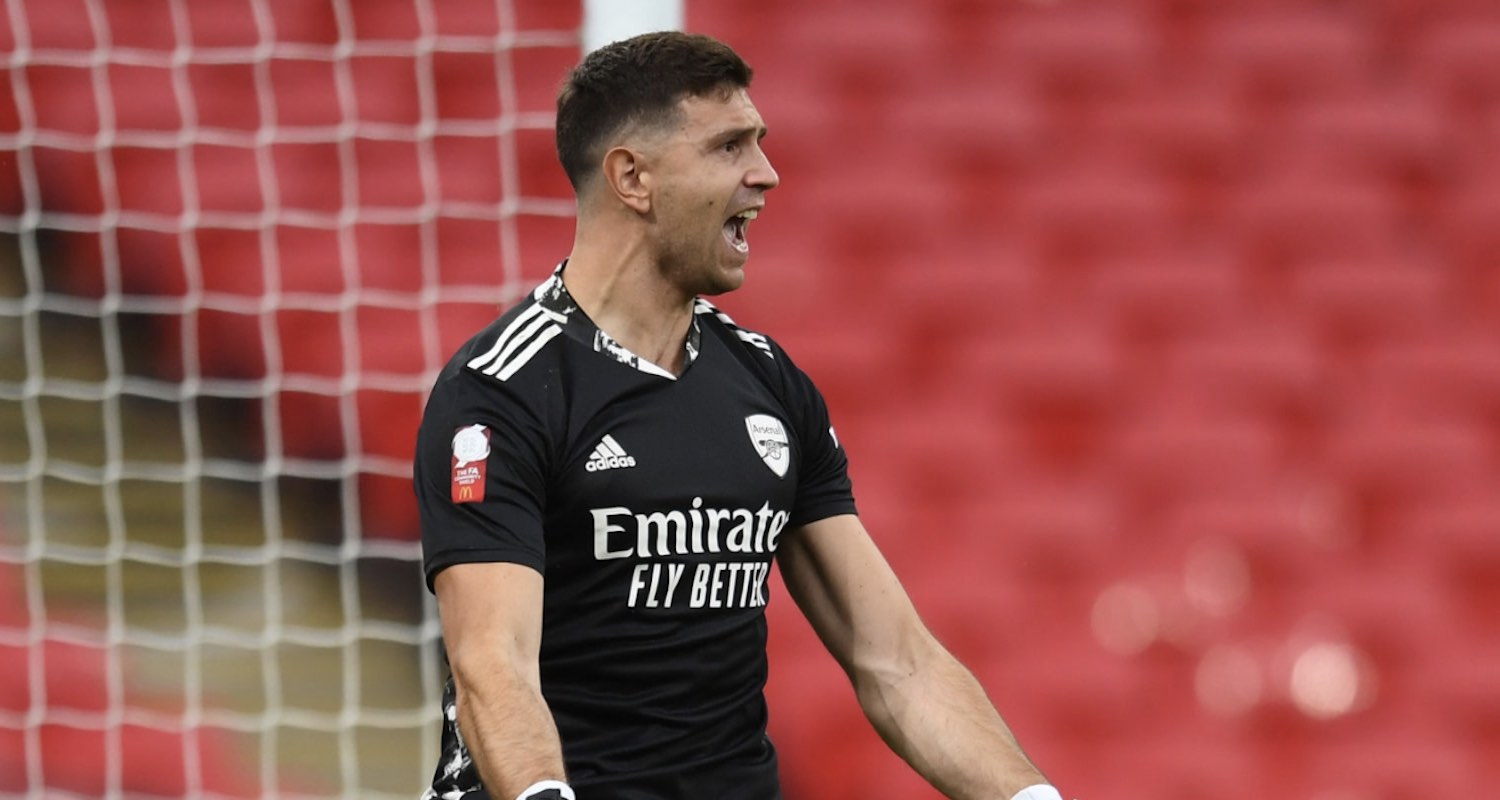 Yesterday’s blog was about one of our end of season heroes committing his future to the club. Today, we say goodbye to another after Emi Martinez made his move to Aston Villa official.

It always felt like there was going to be a departure or two during this transfer period which would sting a little, and this is certainly one of those. He did a 10 out of 10 job when called upon to deputise for the injured Bernd Leno after he sustained that injury at Brighton, so much so that there was genuine debate about who should be the club’s number 1. Before that snide shove by Neal Maupay, there wasn’t really any debate about this.

The German was the clear first choice; Martinez the affable number two who, to be fair to him, had come back to Arsenal after a good loan spell at Reading looking more assured and confident than he had previously. But his performances when called upon were outstanding. He made great saves, he was good in the air, he used the ball well with his feet short and long, and he played his part in winning our 14th FA Cup final and ending the season with success.

It would have been great to keep them both, and in an ideal world I think that’s what we’d have done, but the reality of our situation right now means we simply can’t afford to turn down a bid of £20m (including add-ons). This is surprise money, bonus money. Before the restart, how much would you have accepted if a bid game in? 20% of that, perhaps – particularly when you look at the first team experience. As good as he’s been for us, his 11 years at Arsenal have seen him play 38 senior games, broken down as follows:

For his stock to have risen so high in such a short space of time was not something anyone would have envisaged, and that was unquestionably a factor in his departure. In pure business terms, his stock went through the roof and while it’s too simplistic to say we simply decided to cash in, it’s part of it. The club had to make a decision on the goalkeeping situation, and you can understand why they chose Leno. He has a lot more experience, and Emi’s stand-out spell in the team came in unusual circumstances. It’s impossible to know if playing without fans in the stadiums has had an impact on some players, but it’s got to be a consideration when making a decision like this.

It’s also worth pointing out there were clubs after Martinez – Villa and Brighton in particular, two teams who spent last season in the lower reaches of the Premier League. Which isn’t to say that this is a reflection on the player, much more on the teams who need to improve defensively, but that kind of market didn’t exist for Leno. There was nobody out there making bids for him which caused us to stop and think, so even if we’d have preferred to keep Emi, we’d have created another issue to solve during a transfer window in which there’s a lot of other stuff to do.

The main part of all this though is his desire to be a number one somewhere. Arsenal couldn’t give him that assurance, even if Mikel Arteta was open to the idea of him and Leno fighting it out during the season, and Martinez was clear that this was what he wanted – if it wasn’t at Arsenal, he would leave to play regularly elsewhere. He has his eye on the Argentina national team, and who could begrudge a goalkeeper of 28 who has spent most of his career as third/second choice, the chance of playing week in, week out? There’s a particular type of keeper who is basically happy with that role, to back-up the main man, play the cup games, fill in when there are injuries/suspensions, and then drop back down to the bench. Emi Martinez is not one of them.

He knew how much he’d enhanced his reputation during the period he filled in for Leno, and if it helped him fulfill the ambitions he had, then fair play. I certainly don’t have any problem with it, but amid the disappointment of seeing a good player and a really nice guy leave the club, we shouldn’t be blind to this aspect of it. This was as much down to his desire to go as anything else. His contract at Arsenal wasn’t great, he has a short career, and an opportunity to play more often as well as get a massive wage increase is not something he could turn down.

He released a nice video to say goodbye and thanks to the club and the fans, it’s well worth a watch here, and Arsenal are expected to complete the £1.5m signing of Icelandic keeper Runar Alex Runarsson from Dijon to back up Leno this season. Reports suggest Matt Macey could stay to be third choice. As for Emi, all we can do is wish him the very best for his time at Aston Villa – apart from two games a season and potentially any cup draws that might pit us together – and say thanks for his role in ending last season with the success it did.

It’s often not possible for a player as popular as he is to leave a club without massive amounts of recrimination, but in this case it’s easy to see his side of it, and also Arsenal’s. In a world where everything seems to be so polarised and embittered by conflict, it’s kind of nice to have a situation like this one in which most rational people can see this is something that’s of benefit to both parties. Emi gets the kind of career advancement he wants, Arsenal get money which they need to invest in other areas of the team. It’s not 100% win-win, but it’s close.

The final thing I want to say on this, and it also applies to Aubameyang, is what a shame it is that they’ve both done so much in recent months and not had the reception from fans they normally would. I know they’ve had plenty of messages on social media and all the rest, but feeling the love from supporters inside the ground is something else entirely. To miss out on that wave of emotion and appreciation that can only come from the stands is so unfortunate. It works both ways too, fans haven’t been able to show their appreciation the way they normally would, not everyone has Twitter or Instagram – there is an actual world outside these online bubbles – so there’s something bittersweet about how great both of them have been in that context. Anyway, there’s not much anyone can do about it given the world we’re dealing with right now, but still.

Emi’s departure now makes Hector Bellerin our longest-serving senior player, having made his debut for the club on September 25th 2013 in a League Cup game against West Brom. Interestingly, he came on in the 94th minute to replace a certain Mikel Arteta, just before a 4-3 penalty shoot-out win.

Deleted: Update: I’m wrong, it’s actually Mesut Ozil who made his debut on September 14th. Thanks to @urnavthakker on Twitter for the correction.

Right, that’s your lot for this morning. News as it happens on Arseblog News, I’m back tomorrow with an Arsecast, and for those of you on Patreon, our first in a new series of Tactics Podcasts is available now.