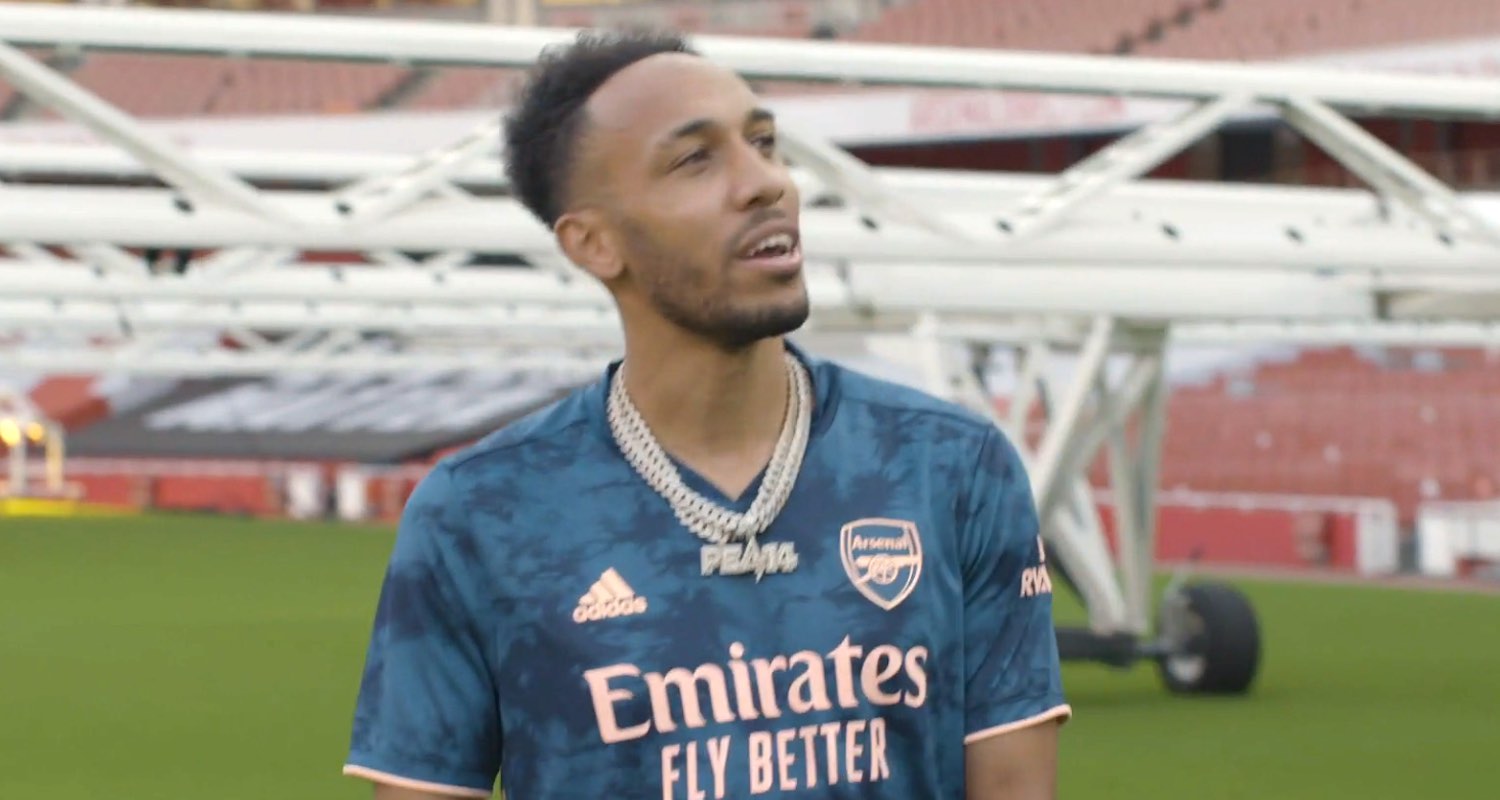 Football’s worst kept secret is out. It had been teased for some time, but yesterday Pierre-Emerick Aubameyang officially signed his new Arsenal contract. It’s a three year deal, and while the financial aspect of it isn’t unimportant, it’s far from the main thing this morning, so I’d rather focus on what it means for the club and for the player.

We’re keeping someone who is absolutely essential for us right now, and who hopefully will continue to be so throughout the coming seasons. We all know how important he is because of how many goals he scores. There are very few world class strikers who can do what he does – score with incredible frequency and regularity while also being played out on the left.

Perhaps there’s now an argument to be made that this is his position, that he has made it work, and his quality offsets the positional issues that some people have. Nevertheless, it still makes his contributions even more impressive for me, as does the fact he’s been doing it in an Arsenal team that has struggled. He came in during the final months of Arsene Wenger’s reign, he rose above the turgid football we played under Unai Emery to bang them home, and under Mikel Arteta he has significantly helped the team achieve tangible success during the most bizarre, difficult period in the club’s history. To be as good as he has been, to score the goals he has scored, in those circumstances is a measure of his talent. He is a superb player in his prime, and you can understand why all Arsenal fans were so anxious for him to stay.

So, why has a 31 year old who previously stated his ambitions were much more sporting than financial, committed himself to this club right now? We can’t be blind to the fact he’s been handed a massively improved contract on his previous £200,000 a week deal, but there has to be more to it than that. Back in June he spoke about how he was at ‘a turning point‘ in his career – words which seemed to indicate he was, at the very least, considering his options.

Speaking to Ian Wright on the official site, he said it was something he’d been mulling over for about a year. At his age you have one big contract left. Do you stay? Do you go to somewhere more ready to compete for league titles and potentially the Champions League (a trophy and a tournament that a player of his talent absolutely should be targetting)? You can understand why a club like that would be very tempting for him, and I think if he’d decided to go with that option, few would have begrudged him the move despite the obvious disappointment.

However, he said a meeting with the manager played a key part:

I had a chat with Mikel, he gave me something very clear about the idea of the future of the club and about me. He was straight and honest. He said ‘Ok, maybe you can leave. You can go for trophies at other clubs or you can stay here and have a legacy.

This, for me, was the key word.

I think there are all kinds of layers here. He is captain of Arsenal Football Club, a role I’m not sure he’d have envisaged for himself when he arrived, and I can only speculate, but I think it’s something he genuinely enjoys. He’s not the archetypal skipper, but he’s hugely popular in the dressing room, the players – young and not so young – love him, and it looks like he relishes the responsibility. He leads by example on the pitch.

I also don’t think he’s staying simply because of a nice chat with Mikel, or his wage increase, or the fact he enjoys life at Arsenal, or the captain’s armband. When he said Arteta gave him something clear about the future of the club, it was a vision of how we can regain some stature and compete for the kind of prizes we all want to see us win, and that he wants from his career. It’s not as simple as ‘We’re going to buy X, Y, or Z’, but you can’t convince a player of his maturity to stay without some assurances that you’re going to improve the squad around him. We’ve finished 6th, 5th and 8th in his time here, and that has to be improved. If that’s a positive we can take on top of the positive of him staying, it adds something extra to his decision and the announcement yesterday. It raises expectations.

I think, as counter-intuitive as it sounds, the Covid situation has played a part here and helped us out a bit. Some of the biggest clubs in Europe – ones who would have probably pushed the boat out a bit to make him offers that were very difficult to turn down – simply don’t have the financial capability to do that anymore. So, while there are reports that he turned down two very lucrative offers from elsewhere, I suspect there might have been more for us to deal with in a ‘normal’ world, in a ‘normal’ transfer window.

But that’s reality now. We can only deal with things as they come up, and ensuring Aubameyang’s future was as important as any signing we might make. How we’d have dealt with his departure, given his importance to our goalscoring, is something I’m sure Arteta had some sleepless nights over. What is key now is to ensure that we get the best out of Aubameyang for the duration of his contract. His age has to be a consideration, so rather than simply squeeze every last drop of him dry in football terms, we need to build a team which can help prolong his career and effectiveness as a player.

That means signings, of course. It means thinking about how we set up the team, and asking if we might get more from a player who doesn’t have to spend as much time tracking back. I’d have to look at this in a bit more depth, but it does feel as if that Kieran Tierney/Ainsley Maitland-Niles combination on the left has eased some of that burden recently.

I know there are some who have some concerns about his age, and handing a three year deal to a 31 year old is in some ways high risk. But I really don’t think – with everything that’s going on, with the market the way it is, and the gulf in quality his departure would have created – we had any other choice. Aubameyang staying makes us stronger, it protects our reputation and our standing, and it’s a boost for the player, the manager, the fans and the club. Big players have left before, sometimes at a point where you know if they’d stayed we might have gone on to achieve more, so this is just hugely important for Arsenal.

There’s a lot still to do, everyone can see that, but this morning we can feel confident because he’s staying, because he clearly believes in what the future holds for him and the club under Mikel Arteta, and from a period in which dark clouds have been all too prevalent, the silver linings are becoming increasingly pronounced. If you haven’t watched the interview with Wrighty, you should, it’s genuinely lovely to see these two goalscoring legends chat about the club, their feelings towards it, and Auba’s decision to stay. Check it out here.

Now this is sorted, we can turn our attention to the weekend, and another game from which we need to take three points, as well as all the other bits and pieces that we need to get done. I should also point out that I don’t think this situation has been any kind of distraction to him or anyone else – even if people were anxious for it to be official. It’s been done a while now, it was just about the details and the announcement rather than if it was going to happen, and when you look at what he’s produced on the pitch of late, it didn’t have any impact on Aubameyang himself.

What more can I say? It’s good news, just enjoy it, because too often these days that’s in short supply.