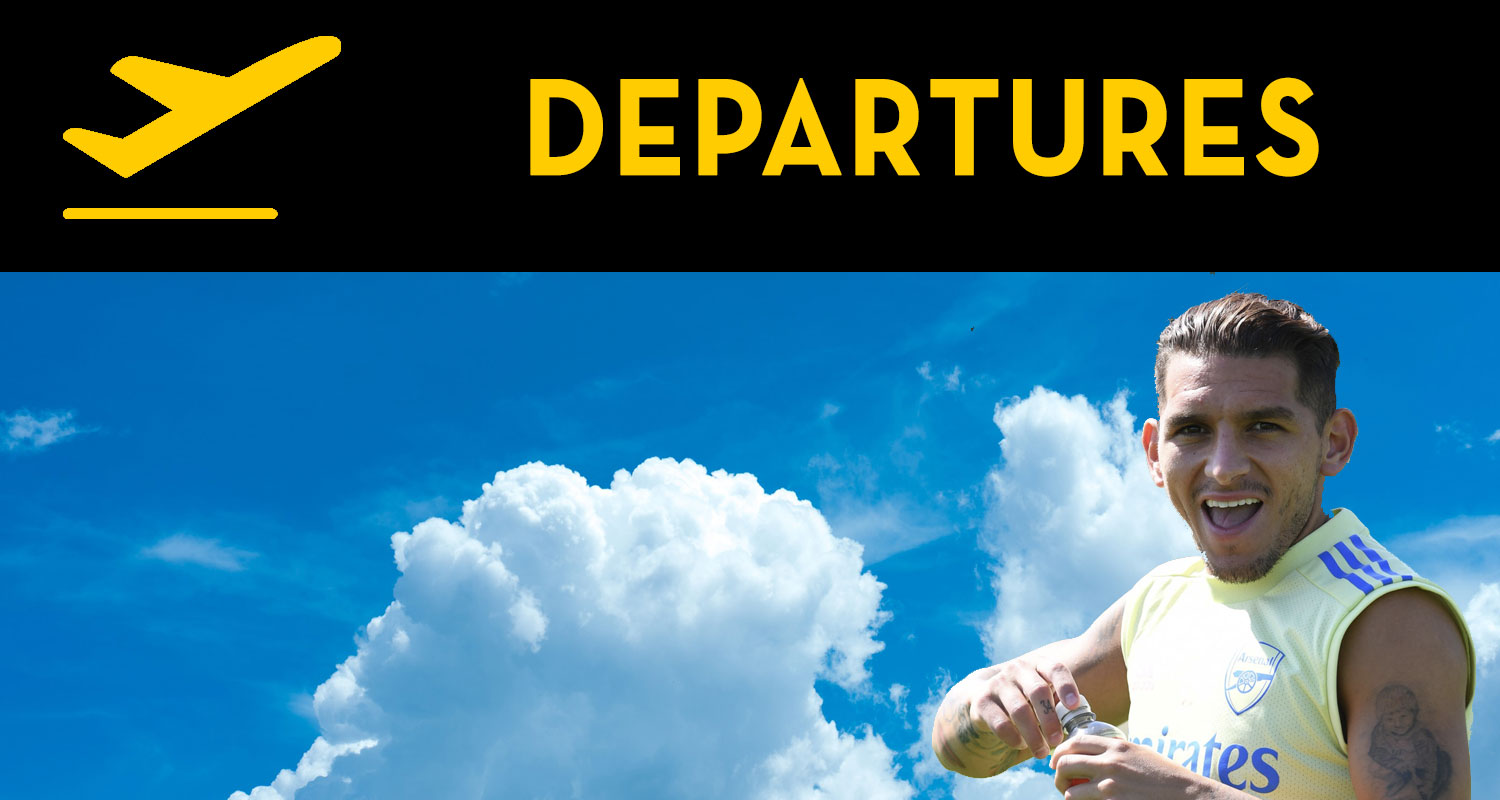 Morning all. It’s been pretty heavy going the last few days, so here’s a Saturday round-up is a bit more football focused, but which won’t cheer you up. Well, not if you’re a fan of a couple of specific players, I suppose.

First, Lucas Torreira. After a difficult season in which his role in the team under Unai Emery became less defined than in his first year with us, then the turmoil and the big injury and everything else, it looks as if he’s open to a departure. In midfield, Granit Xhaka and Dani Ceballos cemented their positions as first choice for Mikel Arteta, while the Uruguayan was somewhat sidelined – even with the absence of certified dimwit Matteo Guendouzi.

Speculation over his future had been rife anyway, with more than one report suggesting he’d like a move back to Italy, and it looks as if there’s something stirring there. AC Milan and Fiorentina are apparently interested, and Torreira’s comments about what’s going to happen this summer are a classic of the ‘I’m not burning any bridges but get me out of here’ genre.

“This year has been more complicated: I have lost continuity and confidence. I do not like this. At this age I need to play to be called up for the national team.

“Transfer rumours? I don’t know anything right now. I need to rest because it was a very long season, I got injured, then there was the coronavirus.

“I have a contract with Arsenal, but if I have to change in the future it will be a decision I make for my own good. Every player looks for a team where he feels important. We will see what happens in the future.”

As someone who might generate funds, he’s certainly up there given his age, contract length and so on. It’s a bit of a shame, I like him and I still think with a bit more consistency he can do a job, but the reality of our situation right now is that few of our players are absolute lock-ins to stay. If the right kind of offer comes for any of them, we have to consider it.

Without wanting to go back over the job losses thing, one thing that occurs to me is that when you tell the world you have to make people redundant in order to invest in your team, you open yourself up for some low-balling in terms of bids you might receive.

‘Arsenal are desperate for cash eh? Let’s try and squeeze them.’

I suppose if you’re steadfast in your valuation of players you can hold out for what you want, but perhaps it complicates things a little. When there’s so much to do in such a short period of time, anything that causes any kinds of delay is probably best avoided, but it is what it is. It’s all out in the open now, and we’re just going to have to deal with it.

Meanwhile, Emi Martinez is very happy at what he’s done this season, and rightly so. He’s one of the genuinely heart-warming stories of the campaign, and his taste of first team football has left him wanting more. After 10 years at Arsenal, with some loan moves of varying success, he’s demonstrated his quality and is now keen to play more. Speaking to an Argentinian radio station, he said:

“I demonstrated to the club, that, that I can play and also when I return in the next season I need to play more games. And that’s the only way that I will stay at Arsenal.

“I want more and I will not stop until I get what I want – to consolidate my place with Arsenal and to reach the national team as number one.”

Can anyone argue with that? He’s 27 and he wants to play, not be a number 2, spending most of his career on the bench. He’s already been patient and waited for his chance. It came, he took it with both hands, and now he wants regular football. I can’t find any fault with that, or his frankness about what he’ll do if he doesn’t get it at Arsenal.

Right now, he has two years left on his current contract, and there are are whispers that we’re keen to offer him an extension. I’m also told that right now the plan is to keep both Emi and Bernd Leno next season, which would give us a lot of quality and depth in that position, but again the awareness that we need money could see us open to a bid we find hard to refuse.

Of the two, Martinez is probably the easiest to sell as he’s less established, and his performances in the last part of the season will have gained him suitors he would not have had before. I wouldn’t be surprised if someone tested our desire to keep him with an offer that in financial terms is difficult to resist. I’d love to keep him, and I think his scrap with Leno for the number 1 position could be really positive for the team, but if money is a big issue the reality is we are vulnerable to opportunism from elsewhere. That’s just the way it goes – think of how cheaply we got Santi Cazorla from Malaga when they had financial issues.

Finally, Ainsley Maitland-Niles has been told he’s up for sale, despite the fact that he’s a player Mikel Arteta likes and would prefer to keep. Various reports suggest the 22 year old has been advised of this fact, and clubs like Brighton and Everton are circling. Again, it’s hard to look at this as a decision outside the prism of our finances. He is an Academy graduate who would generate pure profit if he were sold.

Personally, I think I’d prefer to keep a 22 year old who has the potential to improve and who showed real character to come back in from the cold and play a key role in our FA Cup final success this season. We don’t quite know what exactly he can be, or how good he can be, but if we need right back cover, and left back cover, I’d be up for him playing that role rather than Cedric who is not going to get any better than he is right now. I can see that there are some short-term requirements when it comes to our recruitment and squad building this summer, but surely we have to balance those with long-term planning too.

Anyway, we’ll see what happens there, but sales and departures are inevitable. The Willian thing is happening bar any last minute hitches, and three more years of Pierre-Emerick Aubameyang will be a big boost to morale, but at something close to £300,000 a week according to sources I trust, it’s a massive financial commitment. Something has to give the other way, and unfortunately that might mean the departures of some players we like.

Ok, that’s it for this morning. More from me tomorrow, have a great Saturday whatever you get up to.