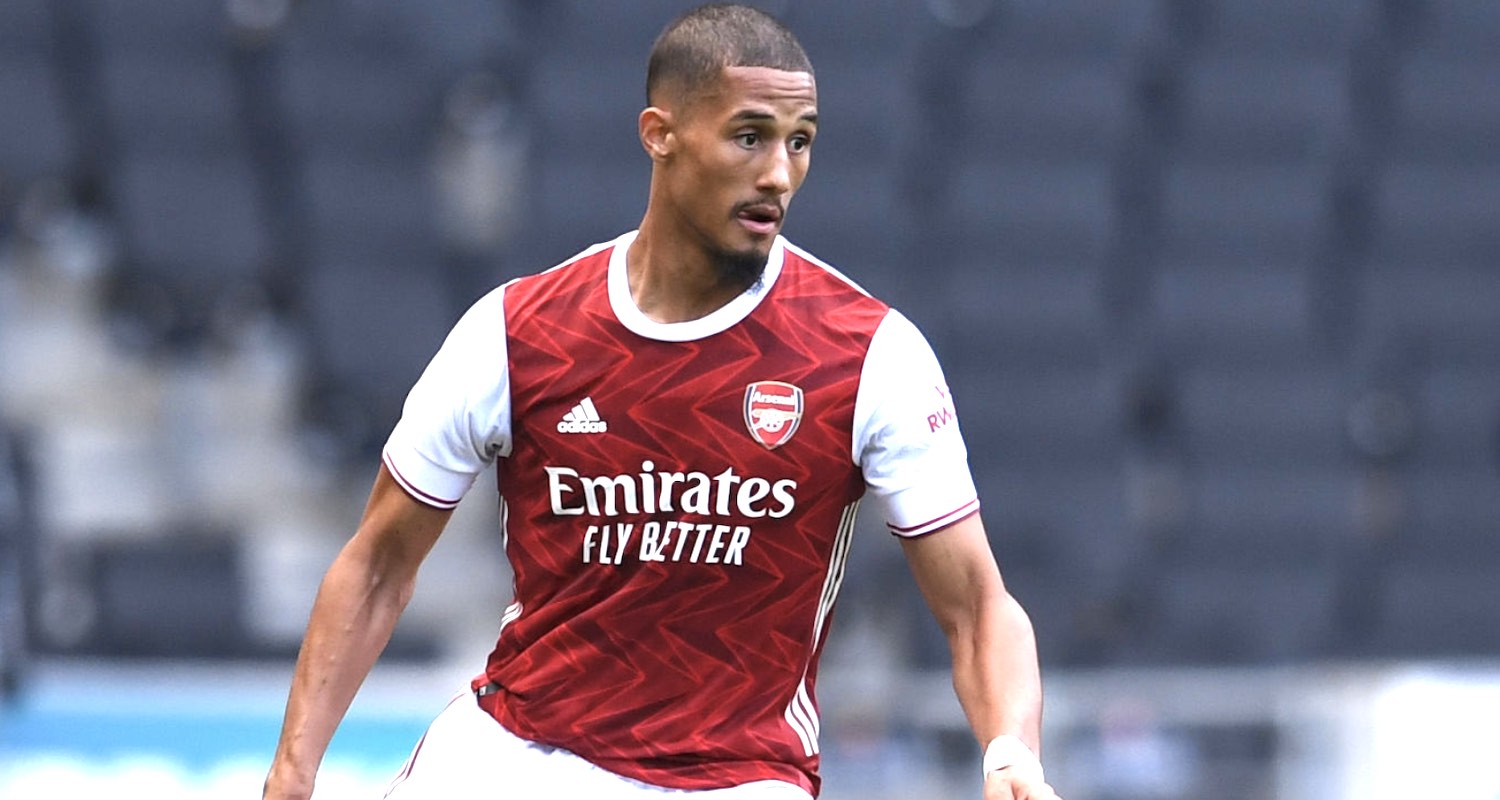 So we played our first game of pre-season last night, beating MK Dons 4-1, and scoring all the goals in the process. I watched the first half, didn’t see the second, and as ever with games like this there’s not a huge amount to be read into them. First and foremost this was a fitness exercise ahead of the weekend when we face Liverpool in the Community Shield. Still, there were a couple of interesting things.

We got our first look at William Saliba in an Arsenal shirt, for one. With all due respect to last night’s opponents, he’s obviously going to face much more challenging opposition in the Premier League, but you can see what’s going on with him. He’s tall, quick, and good on the ball, his passing was excellent. What I liked most about that was how much intent he put into those passes: the weight of them. Early days, of course, but positive.

Also, the inclusion of Ainsley Maitland-Niles was interesting in light of reports this week which suggested his move to Wolves was almost done. It doesn’t mean he won’t leave, but it suggests that there’s nothing quite as imminent as the stories would have you believe. If he was on the cusp of a move to another club, he wouldn’t have been involved, so perhaps there are conversations still going on. There’s talk of Newcastle now being involved, and there’s no question that Arsenal need to sell some players to raise funds this summer. It’s going to be much easier to shift a Maitland-Niles than a player like Sokratis, for example, so let’s see what happens.

The absence of some players also caused some online speculation, but I don’t think there’s much to be read into it. Hector Bellerin, Emi Martinez, David Luiz, Sead Kolasinac, Nicolas Pepe, Lucas Torreira, Alexandre Lacazette, and new signing Willian were all elsewhere, so I don’t think the fact they didn’t play in a game against MK Dons is a signal that they’re all going to leave or there’s something nefarious going on. Remember, despite this weekend’s Community Shield, the Premier League season doesn’t begin until September 12th, and I’m sure after the effort put into the end of the last campaign, there were players carrying aches and strains. Individual fitness plans, a staggered return to training, and easing some of these guys back into action is a much more likely reason for them not being there last night.

We have a small report with all the goal clips over on Arseblog News, so if you want to catch up on the highlights, you’ll find those here.

We didn’t hear from Mikel Arteta afterwards, but we should have a pre-Community Shield press conference which I’m quite looking forward to. More than the game itself, to be honest. I suspect we’d prefer to be doing something much more low-key this weekend when it comes to our pre-season preparations, but the reason we’re not is because we finished last season with genuine success, so this is the trade-off.

Since then though, there have obviously been some major goings-on behind the scenes, and the departure of the Head of Football means there’s been a shift in terms of how things operate. I’m fascinated to hear how Arteta frames it when it comes to finding the balance between the work he has to do on the training ground and the greater involvement/responsibility he has off it. We heard of personal involvement in the Willian deal, as well as convincing Gabriel Magalhaes that Arsenal was the place to be ahead of other suitors, so that’s one aspect.

There will, I’m sure, be plenty of questions about our transfer plans, in and out, and as we’ve detailed here and on the podcasts in recent weeks, there’s a lot to do there. The futures of some players seem far from certain too, how close are Arsenal to resolving issues that we really don’t want to have to deal with all season long again?

My hope is that when it comes to arrivals and the ‘specificity’ of the players we bring in, as Arteta spoke about more than once, is that there is a real plan, a strategy, to produce – in time – a genuinely balanced squad of players. I think we can all look at what we’ve got right now and admit it’s not that. It’s overloaded with central defenders, midfield needs major surgery, the age profiles are all over the place, there are contractual situations which have been allowed to develop which make them really difficult to deal with, and overall it’s a bit of mess.

And here’s the thing I said to someone yesterday: cleaning up a mess can be very messy in itself. At least at the beginning. We are struggling to find destinations for some of the players we don’t want anymore, not simply because of this Covid-19 impacted market, but because of how we’ve put this squad together in the first place. As I said though, I’m hopeful that Arteta ultimately knows what he wants, it’s just how we get there and how long it might take.

I mean, we’ve got plenty of deadwood to shift before we can make room for Lionel Messi.

In seriousness though, it’s why I’m so fascinated to hear what the manager has to say at some point this week. The season ended on a major high, and there’s obviously a great deal of enthusiasm for that to continue when the new one begins.

Right, I’ll leave it there for now. Breaking news on transfers and more throughout the day on Arseblog News, more from me here tomorrow.