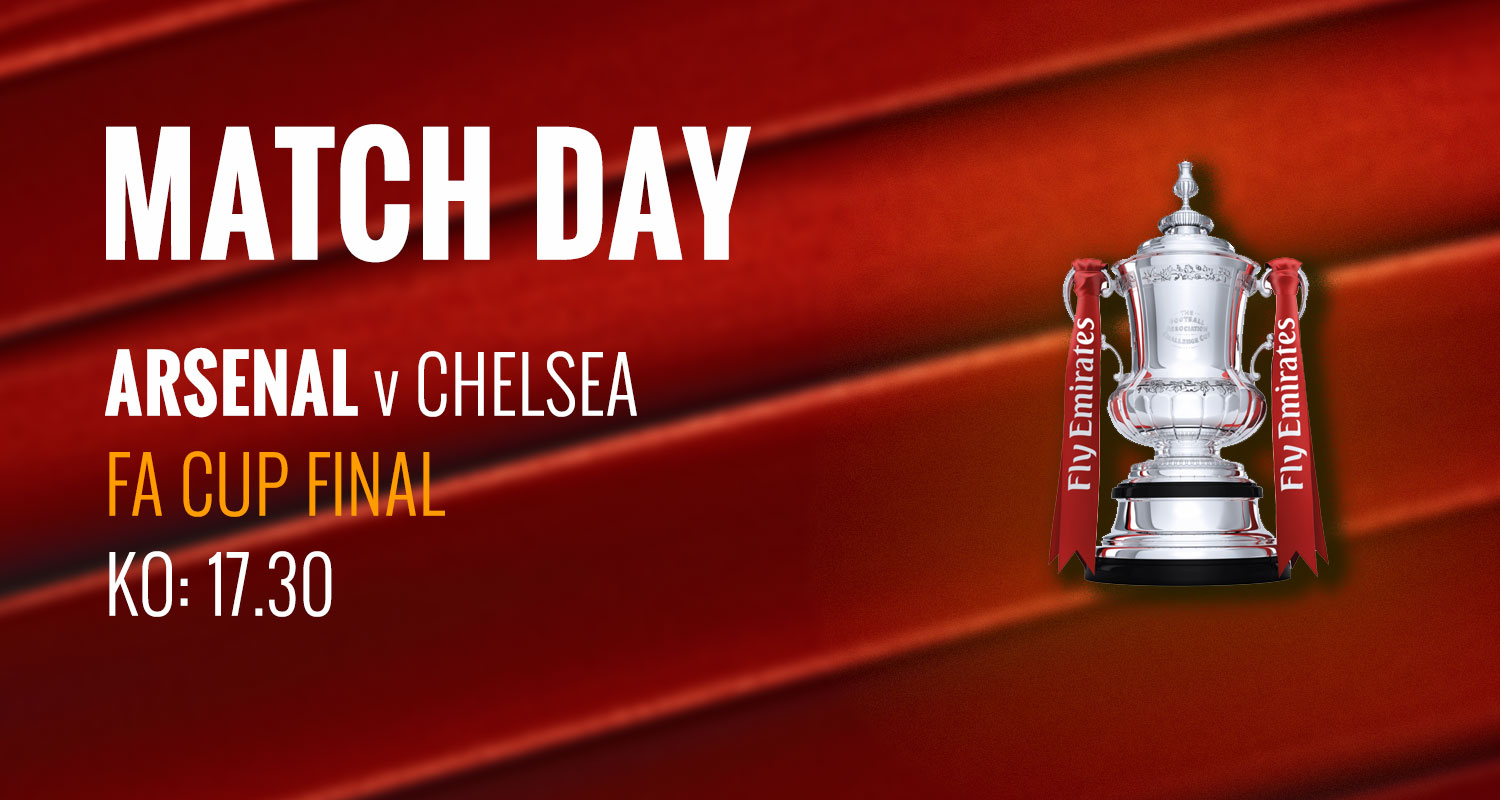 Obviously it’s a very different one today because it lacks that most fundamental of things: fans in the stadium. You can have all the seat wrapping and fake crowd noise in the world, and it won’t even come close to making up what’s missing. So much goes on outside of Wembley too, the bars, the trains, the walk to the stadium, that wonderful sense of collective. I think it certainly has an impact on the occasion this afternoon, but it takes nothing away from the importance of the game – particularly from an Arsenal point of view.

I don’t think you can say it’s season defining – what happened between August and March, and then after the restart is what does that. We finished eighth in the Premier League, a dismal showing for a club of this stature and purported ambition, and it demands a very serious inquiry into how and why that happened, from top to bottom.

In a way, today’s game is more about next season than this one. Ending this bizarre, surreal, frustrating, head-spinning campaign with a trophy would be wonderful, don’t get me wrong. Football is about winning things, and to lift the cup today would be absolutely fantastic. As someone who grew up loving the FA Cup, I make no apologies for how much this competition means to me, even if its importance has diminished over the years for reasons we all understand. I want to see Pierre-Emerick Aubameyang lift the trophy as captain; I want to see Mikel Arteta win a trophy early in his managerial career; and in the absence of fans I want to see my Twitter timeline and the Arseblog community light up with happiness and enjoyment.

Those kind of moments are what football is about.

Much like the Europa League final last year though, there are two prizes. One the famous cup, the other securing European football next season. I think that’s so important for what we want to do. Financially there’s obviously a serious impact, and I believe that if we’re trying to grow a core of young players from our Academy, having those games will be beneficial next season because you can give them playing time they might not have. I don’t think it’s an exaggeration to say that without it, some players won’t be with us next season – perhaps only temporarily – because we’ll have fewer games, and finances will dictate we need a lighter squad.

I say this, by the way, as someone who is hardly a massive fan of the Europa League, but I’d rather we were in it than not. That adds another level of pressure to this game today, and on top of the basic stress and tension that comes with a final, it’s plenty for the players to deal with as we prepare to face a very good Chelsea side.

In yesterday’s Arsecast Extra, James gave us a run down of how they might set up, but all eyes will be on Mikel Arteta’s team today. What formation will he use? Who exactly is he going to pick? He’s not exactly replete with options, but I suppose there are a few things for him to think about it. Is it a game he’s got to go for with his first XI, and hope they can do the job? There isn’t much experience from an attacking point of view on the bench, unlike Chelsea, so much will rest on the big names in this Arsenal team.

I think it’s inevitable we go with the back three, anchored by David Luiz against his old club. I hope we get the good Luiz today, because if the other one emerges we’ll be in big trouble. He’s a football dice, you throw him in and you just don’t know what number is going to come up. 1 – A clumsy disaster, 6 – A majestic lionhearted leader. Or something in between.

I worry a little because I remember how wound-up he was earlier in the season when we went to Stamford Bridge. He’s an emotional guy so a cup final against his former club is bound to get him going. Perhaps he might actually benefit from the lack of fans in the stadium, because Chelsea supporters would surely have taken the opportunity to try and wind-up a player they know well.

Outside him it’ll be Rob Holding, because surely it’s impossible to throw in Sokratis who has barely played; and Kieran Tierney. On the right I think Hector Bellerin’s big game experience is important, he’s won two FA Cups already, and on the other side there is a decision to make. Arteta could use Bukayo Saka, who I think will probably get the nod, but also Ainsley Maitland-Niles and, at a push, Sead Kolasinac.

Granit Xhaka and Dani Ceballos will form our midfield two, and up front it’s hard not to see him use Aubameyang, Alexandre Lacazette and Nicolas Pepe to try and cause the Chelsea defence some problems. If not quite putting all your attacking eggs in one basket, it does leave us short something on the bench if we need it. For all their promise and potential, Eddie Nketiah, Reiss Nelson, and Joe Willock aren’t exactly flush with experience. But who knows, today might be a coming of age day for one of them.

We have plenty of FA Cup final experience, winning in 2014, 2015, 2017 and our run in the last game of this tournament stretches back to include wins in 2002, 2003, and 2005. It’s quite the run, so here’s to extending that today. I know it’s a soft factor too, but I do hope the pain of Baku last year can act as an extra bit of motivation today, because that was a very low point for lots of these Arsenal players and today is a chance to make up for it somewhat against a team which inflicted that damage.

I’m sitting here this morning with my stomach slightly churning, I can’t tell you exactly where the needle is between anxiety and excitement. It’s going from one side to the other and by 5.30 I’m sure it’s going to be off the charts. We have players who have been there and done that in a game like this, and we need more to join them today. This is an Arsenal side which has disappointed this season, but also one which has shown character to get to this point, and some genuine quality too, particularly in the semi-final against Man City.

Let’s hope that’s the Arsenal we see today, but if it’s not, let’s hope it’s an Arsenal side that somehow finds a way to win the cup anyway, to add to our already record 13 FA Cup wins to make it 14. With a winner scored by number 14 perhaps?

As ever we’ll have live blog coverage of the game for you, please come join us for that as you watch along, and hopefully we can enjoy some virtual celebrations later on.

Now, what did she wear? COME ON YOU REEEEEDS!