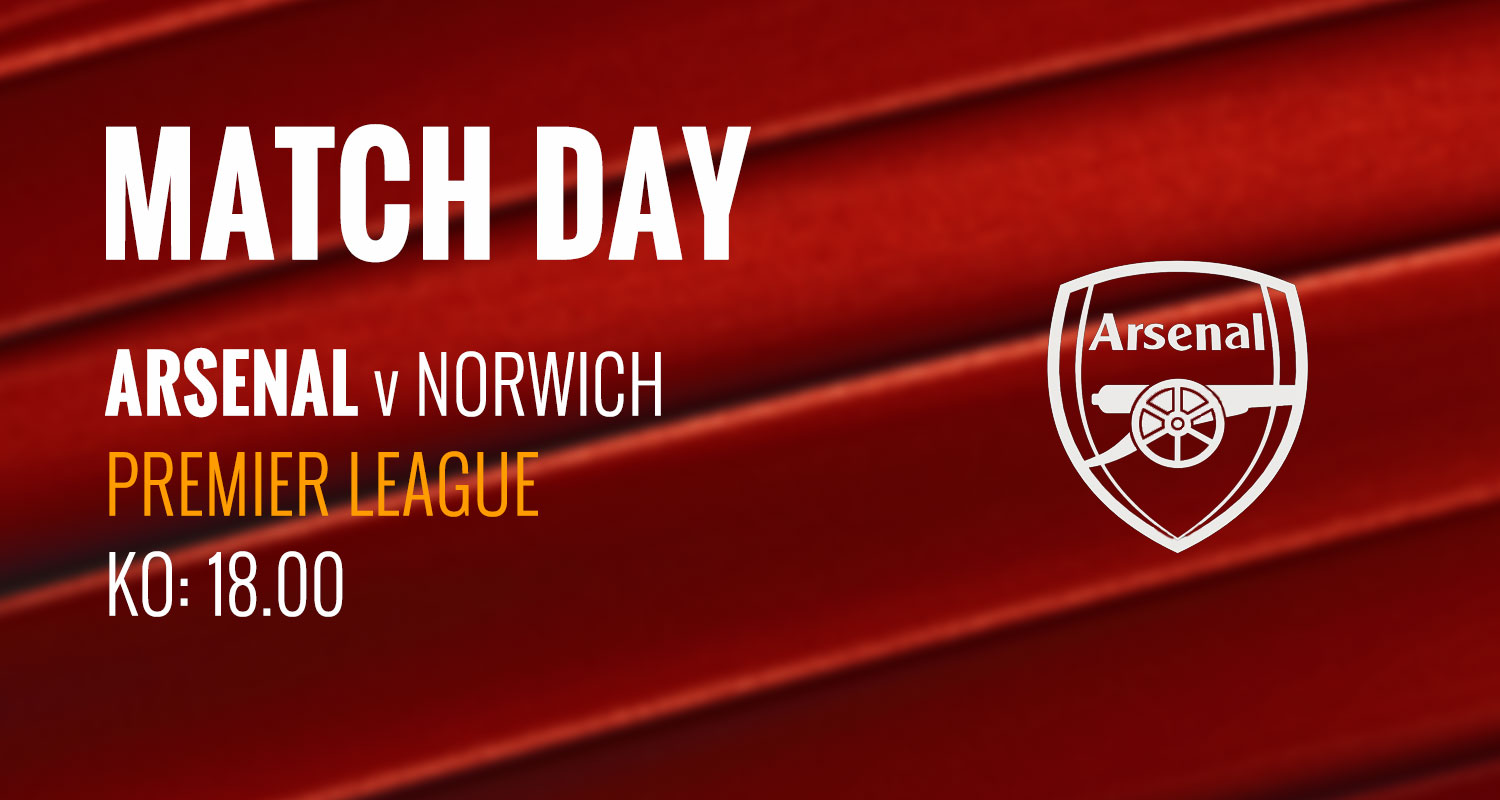 Arsenal take on Norwich this evening in our first home game since ‘Project Restart’ got underway.

For Mikel Arteta and his team, it will be a strange occasion because of the lack of fans, but after four away games, the lack of complication will be nice. There’s no need to worry about travel there and back, dressing rooms that are too small for social distancing, and all the other things we’ve had to contend with in the last couple of weeks.

We really want to play at home. That’s where we enjoy more, but obviously not having the fans within is a tremendous disadvantage. We had a really difficult start in terms of the fixtures – playing four games away from home – so it was always going to be a challenge.

I think that factor will be most clearly visible to Arsenal supporters this evening. We’ve watched the games away from home and while the absence of fans has been obvious, I think it’s going to be a bit different when you’re watching your team at home – especially for season ticket holders and those who attend regularly. The stadium has been done up with the various banners and what have you, but as I said to someone yesterday, football without fans is like a bacon sandwich without the bacon. The game is the bread, supporters are what makes it delicious and tasty.

Anyway, off the back of the FA Cup win on Sunday, Arteta will do some rotation again, I’m sure. It was interesting to hear him talk about how he wants more from his midfield in terms of goals and assists, which have been in short supply in general this season. His use of a back three in the last two games sounds more like decision made with regard to the opposition we were facing, but his focus was also on how to make his team attack as well as possible:

We’ve found a balance in relation to how the opponent plays, how we believe we can hurt them, to make it difficult. How we can find the balance for us to attack better, and to control transitions better as well.

It depends on the players we have available. At the end of the day we have to put the players in the right positions, where they are better and feel more confident. Sometimes it be with five, sometimes with four, with the diamond, it depends.

What seems clear is that the central defenders we have (an area Arteta knows he has to make some decisions about) are better suited to playing in a three than a four. You can much more easily find a balanced trio than a duo that work together the way you’d want. Nevertheless, at home against Norwich, his idea might be to try and impose more attacking players on them, we’ll see.

We’ll unquestionably see a recall for Pierre-Emerick Aubameyang, who recharged his batteries after no involvement against Sheffield United. Hector Bellerin or the now fit Cedric Soares could come in for Ainsley Maitland-Niles, and the managers comments about the former Southampton man were interesting. Were they simply to big up Soares, or to try and light a bit of a fire under Bellerin who has struggled a bit since the restart? Perhaps a bit of both.

As you might expect, the manager was asked about Matteo Guendouzi and Mesut Ozil, after the former missed the last two games because of disciplinary issues and the latter has yet to play a single minute since the restart. As you’d expect, he didn’t go into too many specifics (although did open up a bit on his former teammate later on), simply saying:

I’ve said before that for every player in the squad my job is to get the maximum out of them, to try help them, support them. And if they are willing, everyone is welcome.

As for if he thought they were willing:

I always hope that the players want to give their best.

It doesn’t sound particularly great, so tonight’s squad will be interesting to see if they are involved. The bottom line, of course, is that we’re facing a team who are going to fighting like mad to gain points and to try and avoid relegation. It looks like an onerous task for the Canaries, but as we know fine well, Arsenal can’t take anything for granted and our track record of providing opposition sides who look down and out with the smelling salts is second to none.

Meanwhile, some bits and pieces from elsewhere. First, William Saliba, whose loan with Saint-Etienne expired yesterday. They have the French Cup Final on July 24th, a nice way for the young man to sign off at the club he grew up with. Arteta was open to the idea of him extending his loan to allow him to play in that game, saying just yesterday:

I think he needs to stay there. We have an agreement with Saint-Etienne, he’s been there all year, and he’s earned his right to play that final if the manager wants to do that. I think we have to give him the opportunity to do that, to enjoy that, and we can have him after that.

However, this morning the French side released a statement on their website to express their unhappiness that agreement could not be reached, citing ‘unacceptable sporting and financial conditions’ imposed by Arsenal.

Now, there is reportedly a clause in the loan deal that Arsenal will have to pay Saint-Etienne a £2.5m fee if Saliba makes 17 starts during the season. So far he has made 16 starts. A couple of things here:

1 – He was going to hit that mark anyway.

2 – That clause was something WE insisted on because we wanted him to play and thus incentivised his involvement.

3 – In the current climate, surely compromise would have been possible between both clubs. ASSE are referencing unacceptable sporting conditions too, so this isn’t just about the money.

Here are a couple of other considerations. Firstly, how does it affect the player himself, feeling he’s been denied the chance to play in a cup final by the club he’s joining (whatever the ins and outs of how this thing went down)? Secondly, Arteta was really clear about what he felt was the best way to handle it in his press conference yesterday, but what he wants and what the club have done are now completely different. How does that play out at Arsenal level? Our bank balance may be the ‘winner’ here, but every decision has consequences and we’ll have to wait and see if there are repercussions.

It’s also worth talking about the reports that emerged last night regarding Henrikh Mkhitaryan whose loan at Roma has been extended, with a ‘preliminary agreement’ over next season too. His contract at Arsenal has just 12 months to run, and it was widely suggested last night that he will join the Serie A side on a free transfer after we agreed to terminate his deal early.

The upside of that for us is getting a £200,000 week salary off the books for a player who was never, ever worth that. That’s £10,400,000 annually. All of which and more, I’m sure, has gone straight back into the salaries for Cedric, Pablo Mari and David Luiz after their extensions/permanent deals were done, so you can understand the club’s desire to get him out. Nevertheless, Roma did offer a £10m fee in January, which we turned down – presumably because we felt we could get more in a pre-Covid market. Hindsight is 20/20 of course.

I just find it odd that we’re willing to take a financial hit in some deals, but not others. Maybe Saint-Etienne are too demanding. Maybe they won’t compromise, but it’s in their interests to have the player to give them a better chance in a game which could bring them a trophy and a place in Europe next season – something worth a lot more than the £2.5m clause (and again I doubt they were looking for all of that).

Update: Arsenal have released a statement to say they were willing to let Saliba stay, but could not find an agreement with their medical team over an injury, as well as not having to pay them for the privilege (the second part of which is absolutely fair).

Plenty more to come on this, I’m sure, but I’ll leave it there for now. Join us for Arsenal v Norwich on the live blog later, and we’ll have all the other usual stuff on Arseblog News.