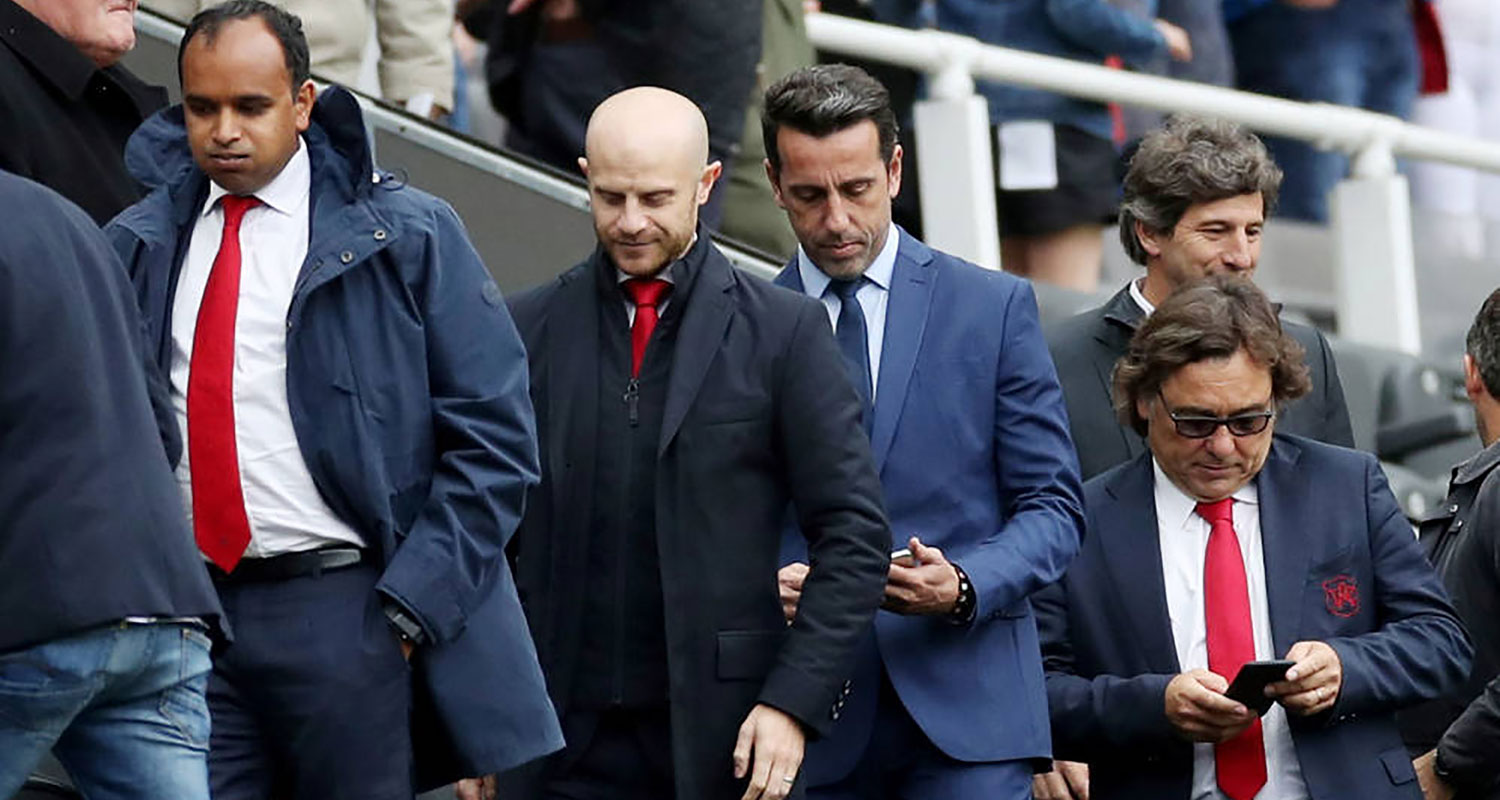 The news that Arsenal are set to lose highly rated young striker Folarin Balogun was something of a discussion point yesterday. Our youth correspondent Jeorge Bird wrote how it would be a ‘major disappointment‘ to see a player of his potential depart, and it has added scrutiny to how we deal with contracts.

This is a tricky one to be definitive about because what a player does at youth level isn’t always an indication of how it will go when they make the progression to senior football. The Arsenal Academy is littered with stories of players who were going to be the next this or that, exceptional talents at a young age but who simply don’t fulfil that potential/expectation as they get older.

You can think of so many examples – Jay Emmanuel Thomas, Emmanuel Frimpong, Chuba Akpom, Benik Afobe, Arturo Lupoli, Wellington Silva, Fran Merida, Quincy, Ryan Smith – the list goes on. Players who stood out and whose performances made people hopeful they could make that big step up to senior level. Players around whom there was some hype, but also hope. They’ve all had professional careers, but not at what would be considered the ‘top level’ (where we considered Arsenal to be).

In this instance, the one that sticks out is Lupoli, a prolific goalscorer in tandem with Nicklas Bendtner, and for many he was the one most likely to make it. Bendtner made it, scoring almost 50 goals for Arsenal, scoring at the World Cup and Euros for Denmark, before his taxi frotting ways hampered his career, but still saw him have spells at Juventus, Sunderland, Birmingham, Wolfsburg and Rosenberg.

Lupoli left Arsenal to join Derby County on loan before moving to Fiorentina. From there he played at Treviso, Norwich, Sheffield United, Ascoli, Grosseto, Varese, Budapest Honved, Frosinone, Pisa, Catania, Suditrol, Fermana, and is currently seeing out his career at Vitus Verona in Serie C.

So, you just never know who is going to make it, who is going to have the lucky break, who is going to be given the opportunity and take it with both hands (feet?). Alex Iwobi, for example, is not the player who keen observers of that crop of young players at Arsenal would have earmarked first for promotion to the first team, but he left for Everton with 149 appearances under his belt. He also made Arsenal a lot of money in the transfer market because although we invested in him and his development, he came through the system and generated a lot of revenue when he was sold to Everton.

It’s one of the best deals we’ve done in recent years. I liked him fine, but his departure has cleared the decks for someone like Bukayo Saka – and with the greatest of respect to Iwobi, I think it’s clear the 18 year old has got a higher ceiling when it comes to the kind of player he can be.

With Balogun, we’re looking at losing potential rather than the assurance of a first team player, but perhaps also money, which right now is something Arsenal have to pay close attention to. He still has 12 months left on his deal, has apparently turned down a new contract, and the club’s decision is to sell now. There was a £5m offer from Brentford in January which we turned down. Quite how much a young player with no first team appearances will now generate in a Covid-19 affected transfer market remains to be seen.

If the player wants first team football, there’s still a way we could secure him to a contract, ensure he gets good loan moves, and look at his development. As much as we love Pierre-Emerick Aubameyang, he’s 31 now. Alexandre Lacazette is the most 39 year old looking 29 year old I’ve ever seen, and while there’s Eddie Nketiah and Gabriel Martinelli – both very highly rated obviously – there’s still going to be a gap to be filled at some point. Especially when the two I mention ahead of him are still so young and we don’t know how they’re going to develop either.

We can talk about buy back clauses – things which are so very rarely implemented in English football – and sell on clauses (much more common and which have generated plenty for Arsenal down the years), but do we now need to be more protective of the big talents we have and what the financial implications might be? What we give Balogun, or any other young player in terms of a wage rise, could easily be recouped through a sale if we decided he wasn’t going to make it, or the loan spells didn’t develop as well as we thought.

At the very least, you could argue that the investment in a young player is potentially more beneficial to the club than handing a four year, big money contract to a right back who is going to be 29 in a few weeks and who will have almost no sell-on value. Look at how hard we’ve found it to move on players like that when we decide we don’t want them. The likes of Mathieu Debuchy, Sebastian Squillaci, Lucas Perez etc – players who cost us a lot of money in fees and wages, for very little in return on the pitch and almost nothing in income. Think of how much we’ve given David Luiz in his first contract and this new one and how that money might have been used elsewhere. **

I realise, of course, that it takes two to tango, and what the player wants is a key factor in this. Maybe too we don’t rate him highly enough to offer him the kind of contract he wants. If that’s the case, we have to accept that’s a judgement made by people with far more insight into him and his performances than most of us. But, I don’t buy into the idea that young players don’t want loan moves. They want to play, for sure, and we can all understand that. However, if they’re given a career roadmap which spells out how they can make it at a club like Arsenal, I think that’s easy enough to buy into if you’ve got the right people doing the convincing.

They can point to the likes of Saka, Willock, Nketiah, Martinelli, Nelson etc, as players who have been given chances. The flip side is that some now will see former youth players who didn’t quite get the chances at Arsenal flourishing elsewhere. One of the first things Unai Emery did when he got to the club was tell Jeff Reine-Adelaide he wasn’t in his plans. On the face of it, not a controversial decision. The Frenchman had been injured a lot, so we sold him for £1m to Angers. 12 months later he joined Lyon for €25m. We got some money from the sell-on clause. Ismael Bennacer left Arsenal for Empoli and now plays for AC Milan. Donyell Malen, a young striker, is banging them in for PSV and has full caps for the Netherlands. Dare I even mention Serge Gnabry?

As I said earlier, it’s hard to know who is going to make it, but in the wider context of how we deal with contracts it’s not unreasonable to ask questions. This club said it was imperative that we improved contract management. We haven’t. We have our best player and best youth player going into the final 12 months of their deals. We have our highest paid player rotting away what should be near-prime years of his career also going into the final 12 months of his deal, completely unmovable in the transfer market. Two central defenders, Mustafi and Sokratis, are 12 months out on their contracts too.

Until last week, when we signed four players to extensions, the last player to get a new deal was Joe Willock in September 2019. Before that, it was Nacho Monreal in January, taking up an option on his deal before we sold him for a pittance a few months later. We lost Ramsey and Welbeck for free. A ‘mistake’ said Raul Sanllehi, and yet we’re facing similar situations yet again.

What about when we gave Elneny a new deal and the number 4 shirt, and now we have another Debuchy, Squillaci, Perez situation with a player who is going to be tough to shift? What about when we extended Calum Chambers contract in December 2017, gave him a new deal again 6 months later, and them farmed him out on loan? Contract management at Arsenal has been a long-standing issue, and I don’t think it’s something we’ve got better at under this new administration – in fact, I would say it’s worse than it was before.

So while the departure of a young striker who has never played a game for us isn’t really the end of the world, in the wider context of what we do and how we do it, it’s fair to have some questions.

Also, regarding the ** above, I thoroughly enjoyed the stories that were carefully planted in the media over the weekend about how David Luiz has taken a significant pay cut, which allowed us to do the deals for Pablo Mari and Cedric Soares. What a lovely bit of spin that was, but if you think about it, if his cut has enabled us to do that, how much were we paying him in the first place, and what does it say about our situation in general?! I’m not even going to get into the Kia connection for two of those players, it’s self-evident.

Anyway, there you go. We have football tomorrow, so we’ll preview Norwich at home. Mikel Arteta is holding his press conference today, so we’ll have all the stories on Arseblog News. For now, I’ll leave you with the brand new Arsecast Extra. Happy listening!