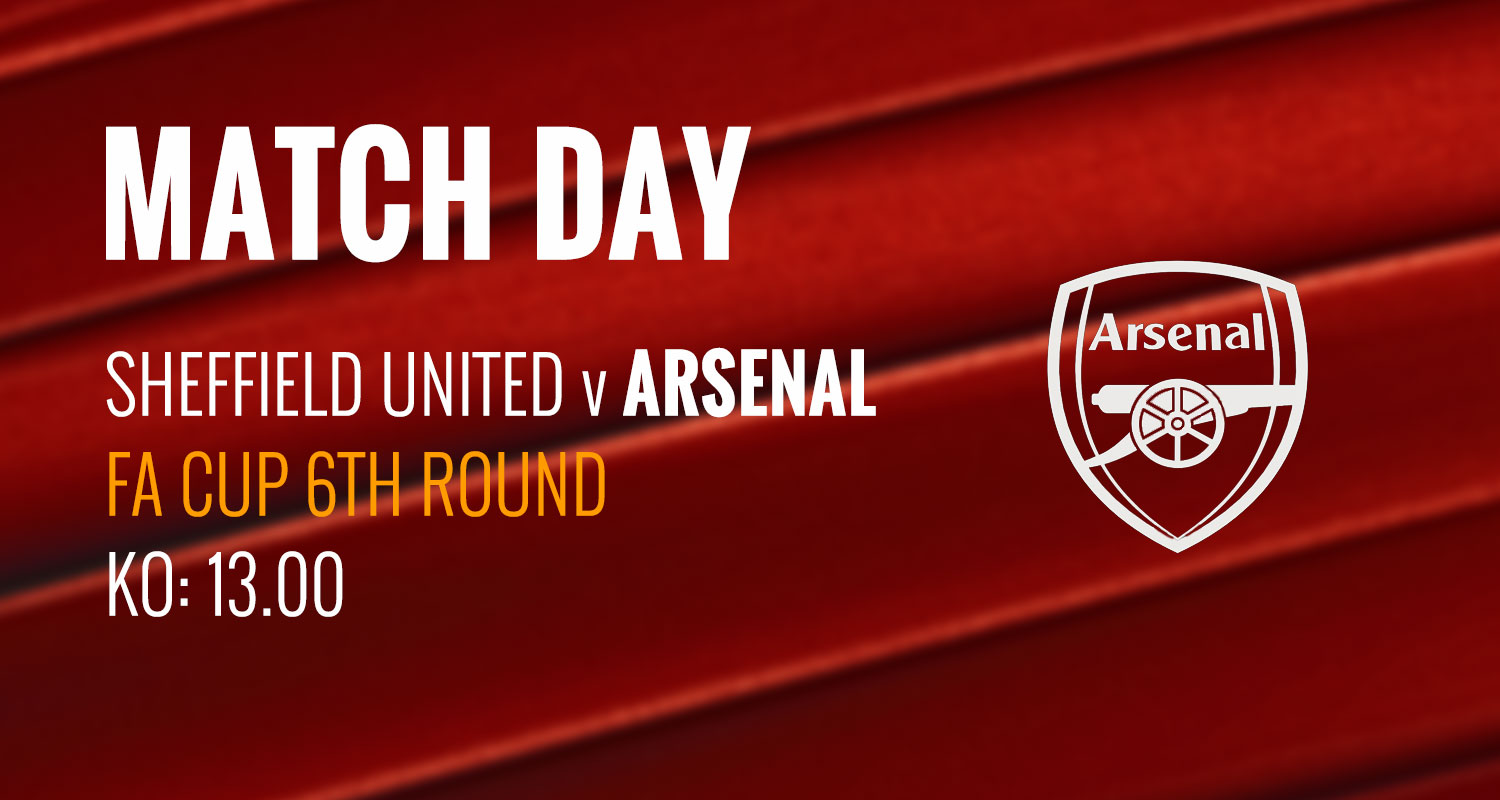 Today is a bit of a strange one. When you look at the league table, it’s difficult to see us winning enough points between now and the end of the season to close the gap and finish in the European places (although what happens to Man City may well have a bearing there).

So, the FA Cup becomes more important because it’s a trophy in itself, and also a route into Europe. The winners get a place in the Europa League. If the winners of the FA Cup have already qualified for Europe, then the rule state ‘their UEL group stage place will go to the next-highest ranked team not qualified for UEFA competitions in the Premier League’. Given that five of the eight teams remaining the cup (Chelsea, Man Utd, Leicester, Man City, and today’s opposition Sheffield United) are currently above us in the table, that’s not an unlikely scenario.

Having played three games in just over a week after a three month gap, it seems reasonable to think that Mikel Arteta is going to have to rotate a bit for today’s encounter. Players like Rob Holding and Hector Bellerin who were struggling with injury beforehand, may need a rest. We’ve seen how Kieran Tierney has found it difficult to get up to speed properly, which is not surprising bearing in mind he spent 7 months without playing a competitive game.

The outlier in all this is Pierre-Emerick Aubameyang who seems able to play every minute but whether Arteta will use him today remains to be seen. I suspect we might see players like David Luiz (gulp), Sokratis, Sead Kolasinac, Joe Willock, and Reiss Nelson get the nod today. Not because they’re all ideal but because of the schedule we’ve just had and the schedule we face – we host Norwich at the Emirates on Wednesday, so there’s almost no time rest players who are skirting around that infamous ‘red zone’.

For sure we’re going to use some of the players that we used in the last game, but we’ll have to rotate some of them as well. We have to manage the squad now in the best possible way because it’s Wednesday, then Saturday, then Wednesday again. The games are catching up and players are still not in the best condition to compete

It’s a tough one, I don’t envy any manager at the moment having to manage their squads, and we know this is going to be a very tough game today against a team which has already beaten us at Bramall Lane this season. If you read Lewis’ excellent tactics column after the Southampton game, you’ll know we set up with a back 3/5 – which is a way Arteta could bring in Luiz with a bit more assurance (he’s usually more comfortable in that kind of system), and avoid having to play Sokratis as a right back. It could mean room for Ainsley Maitland-Niles or Reiss Nelson as a wing back, for example, and he could use a midfield three with two up front.

Anyway, we’ll see what happens and who he picks. The Matteo Guendouzi situation is another interesting side-note to this. The fact that he would come into this game with fresh legs after missing the Southampton game would add some weight to his exclusion if that were the case, but if he plays it feels like he needs a performance. Not quite payback, but something to demonstrate his commitment to the cause.

Kick off is 1pm, as ever we’ll have live blog coverage of it for you, as well as all the reaction, player ratings, stats and the rest on Arseblog News.

Elsewhere, there are some interesting quotes from Arteta on squad rebuilding the ‘tough decisions’ Arsenal are going to have to make as a club. I like what he says, I have to say, there’s a clarity to what he wants and how he wants to do it:

You need to make the right decisions. Some of them are tough to take. Some of them people won’t understand them, but when you have a clear plan, that works.

Read the rest of what he says here. It’s not the first time he’s spoken about it either. Just last week he was very blunt about how improvement and progress has to be tied to recruitment and squad management:

The demands of this football club are huge. We cannot stand still. We have to change things, we have to improve them.

I doubt too many people reading that this morning would argue with it in any way. Which is why I would also point you in the direction of this article in the Guardian by Nick Ames which shines some more light on the relationships between agents and the executive committee at Arsenal right now. I’ve said plenty on it, so I won’t hammer it home, but as rumours increase about the arrival of Willian on a free transfer from Chelsea (another Kia client), it’s important that we don’t close our eyes to how football is an easy industry for people who can sense an opportunity. I doubt this is the last we’ve heard about this either.

Right, that’s your lot for this morning. Fingers crossed for later, catch you later for the game.