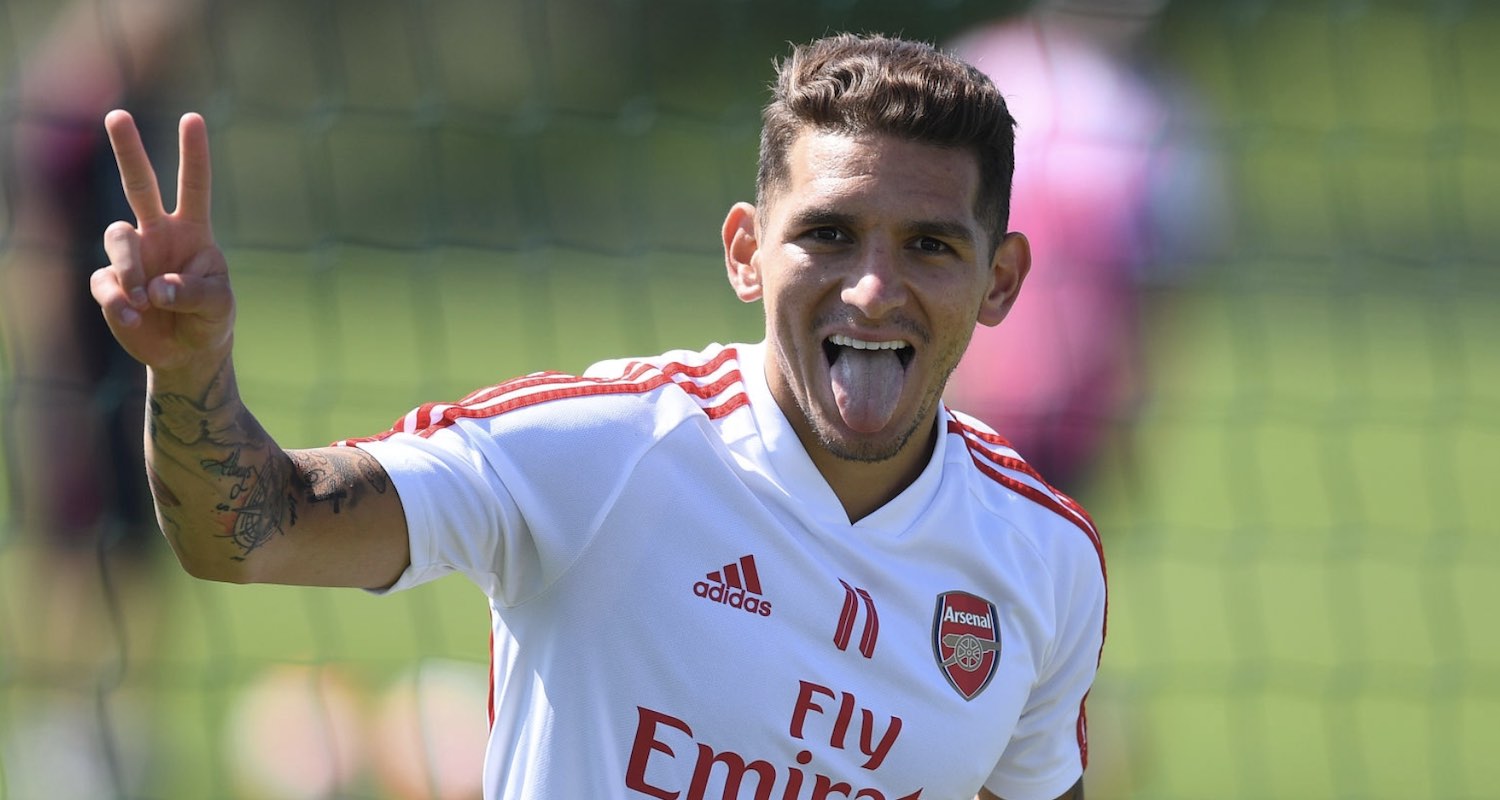 Good morning. It’s a Sunday on a bank holiday weekend here in Ireland and even at 7.38am it’s very warm and set to get warmer. As you might expect there’s very little going on of any great substance, but let’s throw out a few little bits which might give you folks something to chat about in the arses.

When he picked up an injury in the FA Cup win over Portsmouth on March 2nd, we all assumed his season would be over. Now, because of the lockdown, it’s a very different scenario. We only played one more game before the Covid-19 crisis took hold, and yesterday he returned to full training at London Colney looking happy and well.

If you’re following him on social media, you’ll have seen that he’s not just been sitting around putting on quarantine pounds during the break. Far from it. He’s clearly got a home gym situation going on and has put on some serious muscle over the last couple of months:

And on his Twitter account he says ‘Fully focused on my recovery and the goal has been already set…to come back in the Premier League asap!‘

There were some rumblings about him previously, perhaps being unhappy, perhaps wanting to go back to Italy, but I suspect that unless there’s some big money on offer which might help us fund a replacement, he’s going nowhere. I’m curious to see what Mikel Arteta – having had plenty of time to think – has planned for his midfield. It’s been an up and down time for Torreira at Arsenal since he arrived in the summer of 2018, but there have been some mitigating circumstances and he is still only 24, so there’s a lot of room for him to grow and improve.

He’s currently on loan with Besiktas and while a few months back there were very positive noises about making the deal permanent, that has all changed now. There’s a dispute over unpaid wages, and suggestions he won’t return when football begins in Turkey again until such time as he’s paid what he’s owed.

Talks are planned between him and the club over a payment plan, so we’ll wait and see what happens, but it doesn’t augur well for a long-term future there. Remarkably, he still has another two years on his Arsenal contract, and what would probably have been a relatively easy sale in normal circumstances will now be a lot more complicated because of the arse falling out of football’s finances and the transfer market.

A club that is struggling to pay wages (I assume Elneny is not the only Besiktas player to go unpaid) is hardly going to pay transfer fees. Maybe there will be other clubs out there will to taking him, but what is the value of a player now? That’s something we’ll find out in due course.

It also raises the issue of loan players in general and what’s going to happen there. We have Henrikh Mkhitaryan at Roma, and we also have to deal with the internal situations regarding Dani Ceballos and Cedric Soares. We will have to extend their contracts if they’re going to play, assuming they want to do that, and it will work the other way around for the players we have out. Just another complication to deal with.

When I mentioned centre-halves the other day, someone asked why I didn’t mention Mavropanos and the truth is I forgot all about him. I did mention him yesterday ahead of a game he was involved in, but he was withdrawn at half-time because of a muscle strain of some kind.

At this point, I don’t think any club can write off any young player, and with the likes of Luiz, Mustafi and Sokratis at the club – players who really don’t/shouldn’t have any kind of long-term future – any young defender with some talent and potential should be considered an option. It still feels like it would be a really long shot for him to make it with us though.

He’s had a litany of injuries which have never allowed him to play with the kind of frequency a young guy like that needs. Even if he does stay fully fit (when this new problem is over) how much will that have hurt his development at a crucial stage of his career?

Righto, that’s as much as I can dig out for today. It’s hard not be distracted by everything that’s going on … everywhere … but whatever you do today, do it well.