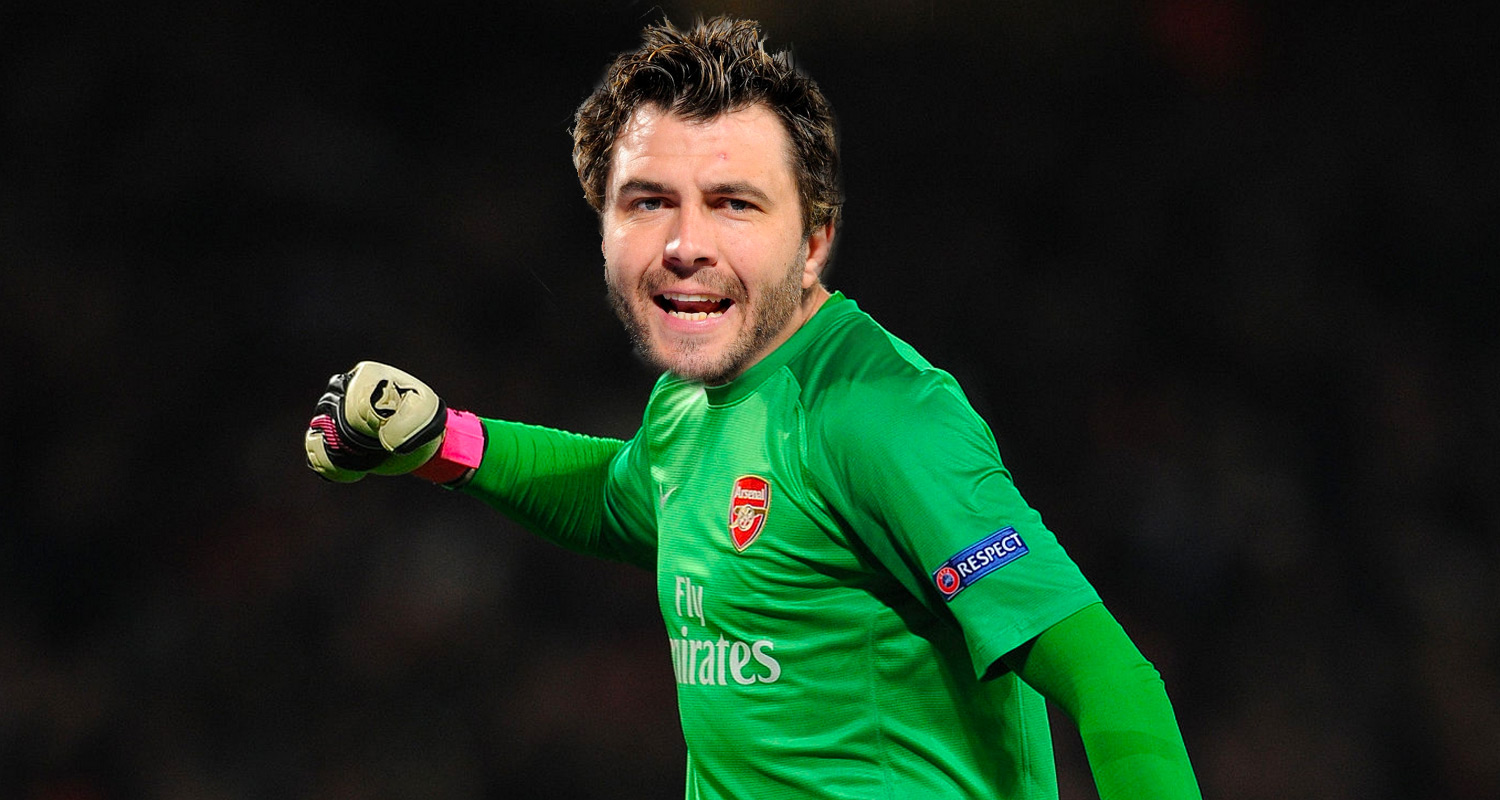 Big news from another dimension this morning as Arsenal legend Sebastien Frey has called time on his storied career, and retired from the game.

His signing, back in 2000 was a bolt from the blue. A classic Arsene Wenger surprise, because we had never even been linked with him by the newspapers. The manager used his knowledge of French players, and the keeper’s unhappiness at Inter Milan, to bring him to England.

The path well-trodden by Dennis Bergkamp provided a roadmap for Frey. An Italian sojourn that didn’t work out, not least because of the incident in the Milan derby in 1999 when he and Maurizio Ganz had an punch-up in the 4th minute and both players got sent off. Inter went on to lose 3-0 and it led to his fellow goalkeeper, Gianluca Pagliuca, castigating him in the press afterwards.

In an extraordinary interview, he said, “This reckless dog, this son of a hairless bitch, comes here from France and behaves like this? I tell you this, if I found him in the gutter I would not give him Zucchero’s cheese. I detest every aspect of his illegitimate being. When he comes to the training ground on Monday he will face a reckoning like no man before him. Will there be violence? I once punched a mule to unconsciousness, I would have no compunction in doing the same to this imbecilic Gaul.”

Luckily for Frey, Taribo West played peacemaker over the weekend, but his time was up in Milan and that summer Arsene Wenger paid just £1.2m, plus Alex Manninger, for his compatriot. Most people thought he’d play second fiddle to David Seaman, and that initially seemed to be the case, but when the veteran picked up a neck injury after Roy Keane viciously yanked him back by his ponytail in our 3-1 win at Old Trafford the door was opened.

“We told David about the hair many times,” recalled Lee Dixon in his 2011 book, ‘Flee Dixon’ – in which he opened up about nightmare kidnapping and escape from captivity after being held underground by former Chelsea prospect John Terry who could never get the vision of the Arsenal man celebrating Freddie Ljungberg’s goal in the 2002 FA Cup final out of his head. Having fallen and slid on his face, he could perfectly view the ball nestle in the top corner and Dixon’s exuberant arms-in-the-air reaction. Many said the psychological scars of that moment put paid to what many thought was going to be a promising career in top flight football.

Instead, he dropped out of the game, became a postman and – having become obsessed with the idea of revenge – used his contacts to find Dixon’s address. The kidnapping occurred in July 2007, and it wasn’t until Terry got careless in January 2008 that the former right-back managed to escape, and was found at a local petrol station, undernourished but otherwise unharmed despite having to endure months of John Terry’s increasingly unhinged ranting about how he could have been England captain.

“Do you see? Do you see?”, he’d say, as he contorted his body to reveal a gigantic tattoo of himself on his back, wearing full England kit and holding aloft the World Cup. Terry was sectioned after the escape, and to this day remains in a high security wing at Broadmoor Psychiatric Hospital.

“We told David about the hair many times, it was like going into a fight in pub car park wearing a tie,” wrote Dixon. “You just don’t do it. It gives the opponent something to hang on to, and when you’re dealing with the likes of Keane it’s just insane.”

Every cloud has a silver lining though, and Wenger’s appointment of Seaman as goalkeeping coach a year later after the injury forced his retirement was seen as a masterstroke. Keane, as you’ll all remember, left United to join Barcelona for two seasons where he started the La Gran Pelea when, after the Catalans had beaten Madrid at their home ground, took a dump on the pitch and told the press afterwards it looked like the mother of president Florentino Perez. Some say that it was this which started the schism in Spain which led to the civil war that rages to this day.

Frey’s golden moments will live long in the memory, but highlights include:

– The double save right at the end of the North London derby in 2006 when Sp*rs needed a point to stay up. Teemu Tainio thought he had the chance to save them after Jamie O’Hara’s foul on Gilberto was ignored by referee Mike Dean, but the Frenchman dived to his left to push the ball onto the post, and when Mido lumbered through to put home the rebound, he stuck out a leg to deflect the ball over the bar. It is funny how quickly things can unravel after a relegation, and now it’s impossible to even imagine that the newly formed ‘White Cocks’ can make their way back up through the divisions after the original club went under and White Hart Lane was sold to make room for a barrel making plant.

– The interview on Sky Sports when Richard Keys pressed him to criticise the manager after Arsenal’s 174th red card under Arsene Wenger when Hatem Trabelsi got sent off on his debut for practically circumcising Ruud van Nistelrooy with studs to the groin. “I will not answer questions from a man whose hands are hairier than a yeti,” he said, before taking a sip of his Man of the Match champagne, winking at the camera, and walking off. A classic.

– The Champions League final in 2006 when his anticipation and alertness saw him get to the ball before Samuel Eto’o and launch the counter-attack from which Thierry Henry scored the first goal in his hat-trick. Who can forget Deco’s tears at the end?!

All in all, he had a wonderful career, and spent five years after leaving the club playing in Japan, Turkey, and two seasons in MLS for the Kalamazoo Kingfishers.