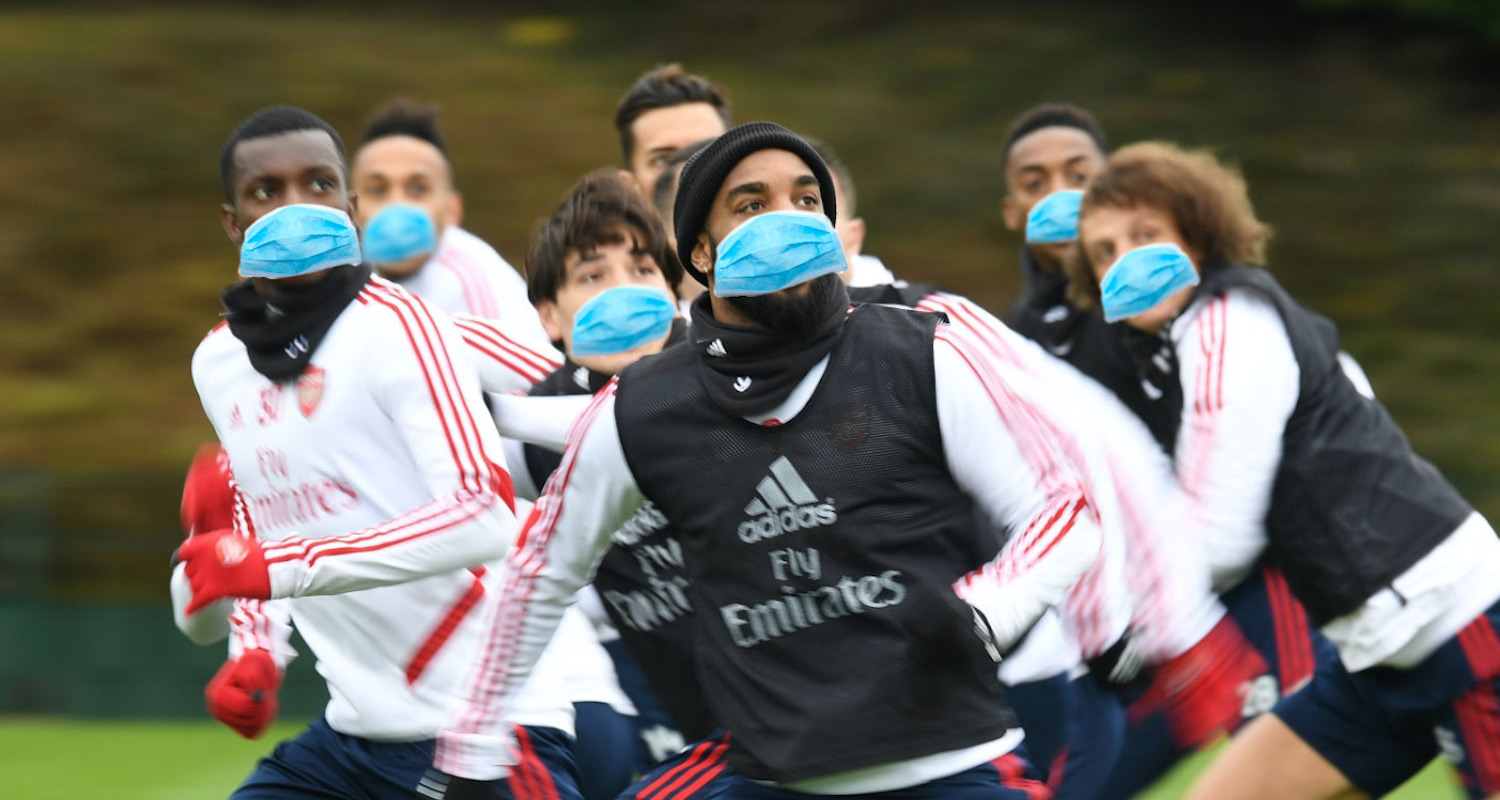 On Thursday, we saw leaked plans from the Premier League about ‘Project Restart‘, which provides guidelines to players returning to training and eventually football starting again. I don’t really have any issue with sport, or any business, making plans to get going again. Clearly, this is going to be a complicated process for all kinds of industries, and must involve plenty of discussion and planning. You can’t just do nothing and then pick up from where you left off.

Some of the guidelines include:

Some of them make sense, some make you shake your head a little, and others – like training wearing masks and the ban on spitting – seem a bit ludicrous to me. But then I suppose these are things they have to be seen to try and implement, even if they realise they’re not really possible.

Yesterday afternoon, we got a statement from the Premier League itself in which they confirmed their commitment to finishing the 2019-20 season, but insisted “the Premier League’s priority is the health and safety of players, coaches, managers, club staff, supporters and the wider community.”

Again, quite reasonable, and the only sensible position to take. Then, reports began to emerge detailing some of the discussions that took place about how to make it happen if and when they got the green light to recommence. One of those ideas is that games will be played behind closed doors ‘at neutral venues’.

Now, the fact that fans can’t attend is hardly a surprise, I think we’ve all accepted that this is the way it will be at first. Apparently, the idea of playing at neutral venues is to prevent congregations of fans and is based on police advice. Furthermore, it will require rigorous testing of players, staff and those involved, but will also require the full agreement of those groups. As per the statement, “It was agreed that the PFA, LMA, players and managers are key to this process and will be further consulted.”

Estimates suggest up to 40,000 tests would need to be procured, and inevitably there are going to be some positive cases. Last night, FC Cologne announced that having tested their entire team plus coaching and backroom staff, three people tested positive and are now in quarantine. Firstly, let’s hope those three people remain well and not too badly affected.

It’s also not a huge sporting issue now because games haven’t begun yet, but I wonder what happens if, ahead of a game, three people from a club/team are found to be positive. What is the protocol? What if before we play a North London derby it’s discovered Bernd Leno, Pierre-Emerick Aubameyang and Nicolas Pepe have contracted the virus? Does it even matter if it’s three players or three backroom staff? Is there a percentage level of positive tests you have to get to before it’s deemed unsafe for your club to play?

Covid-19 isn’t like players being missing because of injury. Every team plays games without key players because of hamstrings and groins, calf strains and knee knacks, but if you’re missing them because they’ve been exposed to a disease through increased contact with other people that seems like something of a minefield to me. Maybe we won’t know if/when it’s safe until people start mingling again, but there’s a lot of talk of a second wave and if it occurs during this period and football is heavily impacted we could be back to square one.

I suppose you could view this as a pessimistic outlook, but after weeks of lockdown, it’s hard not to worry about it. If we’re all still vulnerable, then so are players and managers and referees and coaches and broadcasting staff, and all the ancillary people required to play a game of top flight football. And as I said above, while I think it’s necessary for football to make plans, I also think it’s important to judge the public mood on this. Is the appetite there? Would it do more harm than good if you bring it back at the wrong time?

PPE for football clubs and thousands of privately purchased tests present a moral quandary when there’s a lack of those things elsewhere. The exposure of participants for our entertainment. The sense that decision making is being driven by financial concerns more than sporting ones. And for what? So we can sit at home and watch soulless games being played in empty stadiums – at neutral venues no less – for our own edification.

The counter-argument to that is that stuff has to start again sometime and maybe there’s a process to go through to find the right way to do things. We need business, we need a working economy, we need shops and bars and restaurants and cafes, we need a functioning society, but as yet we don’t know quite how to do it. In that regard I have sympathy for some of the decision makers because nobody has ever had any experience of anything like this. If it’s trial and error, the latter will cost people their lives, and that’s extremely hard.

All of which is to say I don’t know what the right thing is, other than to say the priority must be people’s health. Players are just like us, expect richer and much better at football, so what applies to them should be no different from what applies to us. They can’t be a special case just because the crowd need to be entertained.

Apropos of nothing, I’m going to watch Gladiator tonight.