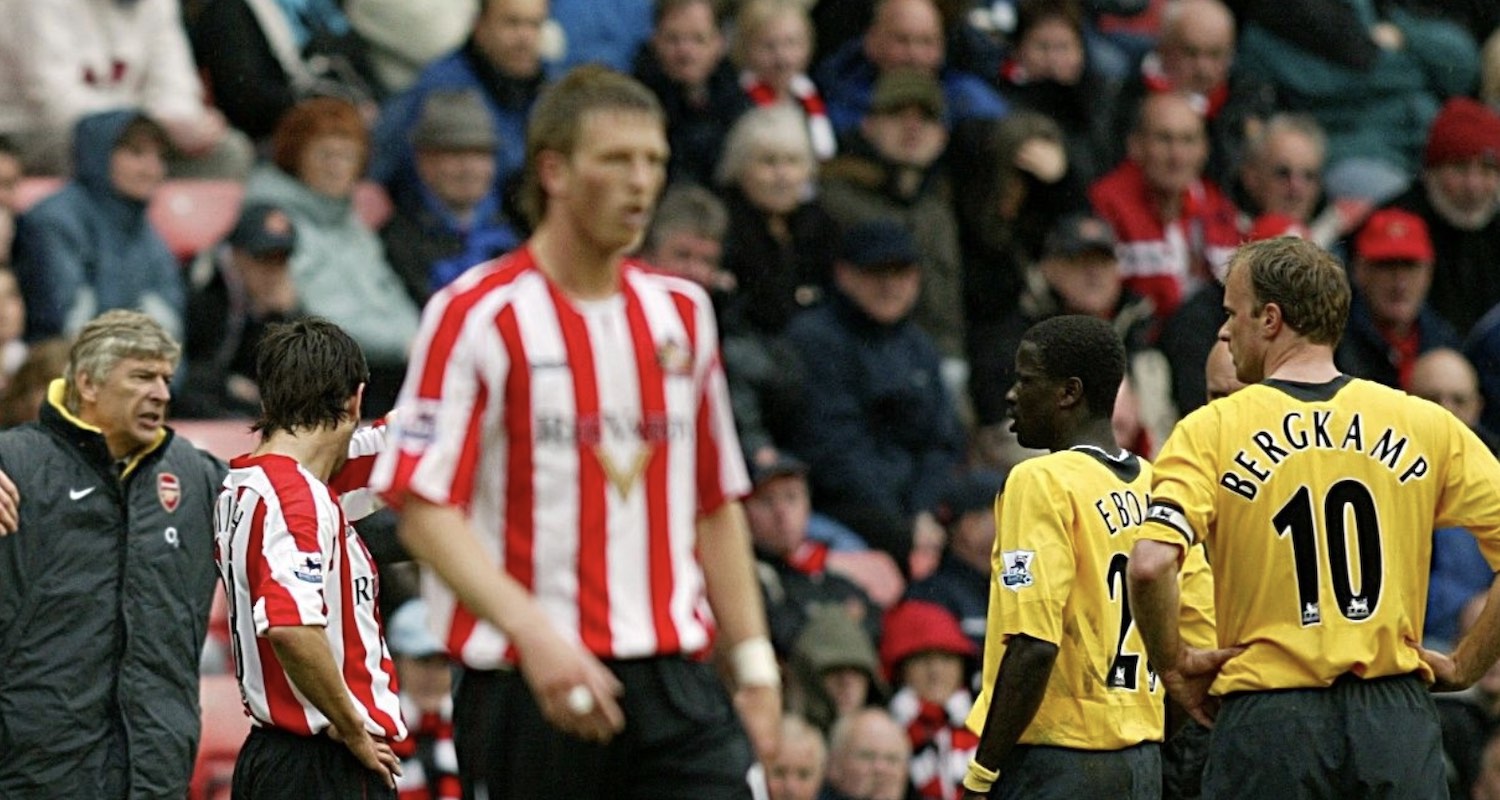 It’s Sunday. There’s nothing happening. Let’s do an On This Day for May 3rd down the years.

Oh, we might as well start with something that will lift our spirits and make us smile. Leeds got beaten 4-1 by Bolton to basically ensure their relegation from the Premier League. Quite incredible considering the money they spent and just a few years previously were playing Barcelona in the semi-finals of the Champions League.

Suffice to say, I was pleased:

They’ll lose the likes of Smith, Viduka, Robinson and others, they have the financial clout of a common Rochdale and making it back to the Premiership seems an almost impossible task. And quite honestly, it serves them right. It serves that fucking wanker who made me say ‘I love Leeds’ when I was a school kid in Yorkshire right too, the prick. I hope he cried yesterday, and I hope they caught it on the telly.

Goodbye Leeds. I won’t miss you one bit.

They still haven’t made it back, and while there’s a significant cohort of people who want to see the season voided so they can laugh at Liverpool fans for not winning the title after so many years without it, I would not be one of them. I would, however, wet my pants with the hilarity of Leeds not getting promoted. They’re currently top of the Championship and pretty much nailed on to come up.

I don’t recall this at all, but I seemed to be having doorbell issues at my apartment in Barcelona.

Finally a word for the people who call to the office that’s on the same floor as my apartment. I know it’s tough but there’s is a marked difference between 5-1 and 5-Estudio. They call to my door 3 or 4 times a day and it’s really, really, really fucking annoying. Especially as most of them seem to think that ringing the buzzer for a really long time is the correct way to announce yourself to somebody. If it happens again, and I’m quite sure it will, I am not only going to flay the person who does it and then roll them in salt before firing their burning body out of the window, I’m going to go into that office with and set a large bear on the cunts who work there. Maybe then they might mark their documentation a little better. Bastards.

Blimey, I feel like I was much more crotchety back then.

Also on this day, Spanish papers reported that David Dein told Real Madrid that Jose Antonio Reyes was not for sale at any price – not even if they included Luis Figo in the deal.

Arsenal players are having none of Dan Smith’s apology after his horrendous tackle put an end to Abou Diaby’s ankle. Kolo Toure doesn’t mince his words:

The impact of that challenge on Diaby was significant, we all saw how his career panned out, but it was the first of many to be perpetrated on Arsenal players down the years at a time when the team was changing. The Arsenal Vision podcast did a couple of episodes on the 07-8 season a while back, and I think it was Clive who spoke about the way we played – describing our football as having ‘technical arrogance’, which I think is perfect.

It’s not that we didn’t have it before, it was just that the personnel changes started to mean it was easier to have a go at us when previously teams wouldn’t have dared. Wenger’s title winning teams in 2002 and 2004 had plenty of technical arrogance, but also players who could really mix it. Think of Dennis Bergkamp and you think of a player with outstanding technique, but he had a nasty edge too. You didn’t go kick Vieira or Parlour or Gilberto or Lauren, these were players who could look after themselves and their teammates.

Which isn’t a criticism of what came next, or any kind of justification for the prevailing ‘Arsenal don’t like it up ’em’ mindset which the likes of Fat Sam picked up from Ferguson at Man Utd – I think that game where the Nevilles spent an entire game being allowed hack Reyes to bits was basically the start of it. But we were smaller, younger, less aggressive, lacking the one or two physical characters who ensure the opposition don’t treat you that way – and the underlying idea that English football had to be brutal, particularly to uppity foreign players didn’t help us either.

Nor did the officiating (quel surprise) and in particular the way these incidents were portrayed in the media, by some journalists and pundits, was a huge factor too. The trope of ‘He’s not that kind of player’ still exists, and it remains incredible to me that the first reaction to seeing a player inflict a horrendous injury on an opponent is to defend the character of the perpetrator rather than properly criticise the action.

Arsene Wenger is unhappy with Inter Milan after they bought Alex Hleb some ice-cream. Oh, and tapped him up too, of course. The boss says he’s going to report them to FIFA:

I will of course do it, with Inter Milan especially. I now know more about what happened over there. I will keep the information for those who need to know it. I don’t want to speak much more on that but it is unfair what happened.

We know he didn’t join Inter Milan in the end, instead choosing to join Barcelona where he played about 3 games in four years. To be fair though, it did give us one of the funniest pictures of all time where, at his announcement, Thierry Henry is standing there looking on as if to say ‘We really bought this guy?!’. 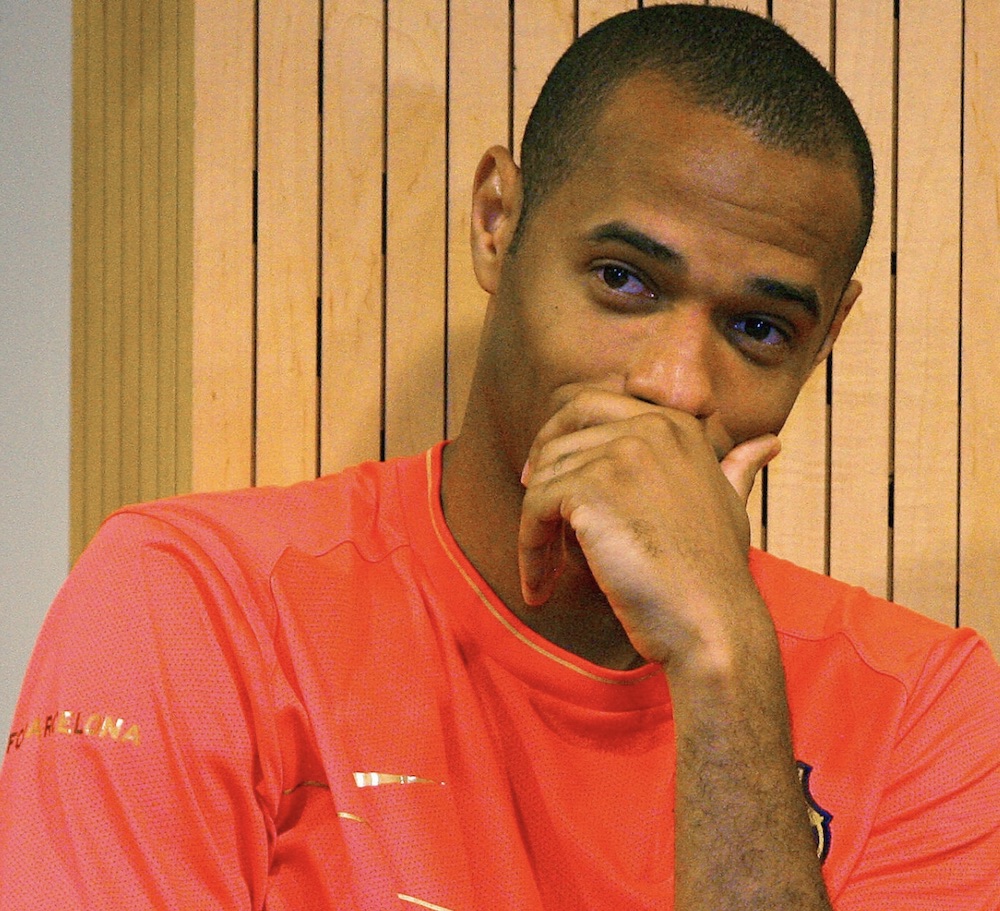 Right, that’s it for today, more from me tomorrow including a brand new Arsecast Extra with James.

On this day doing ‘on this day’ was a bad idea