Home Arseblog, the arsenal blog Where the Streets have no shame 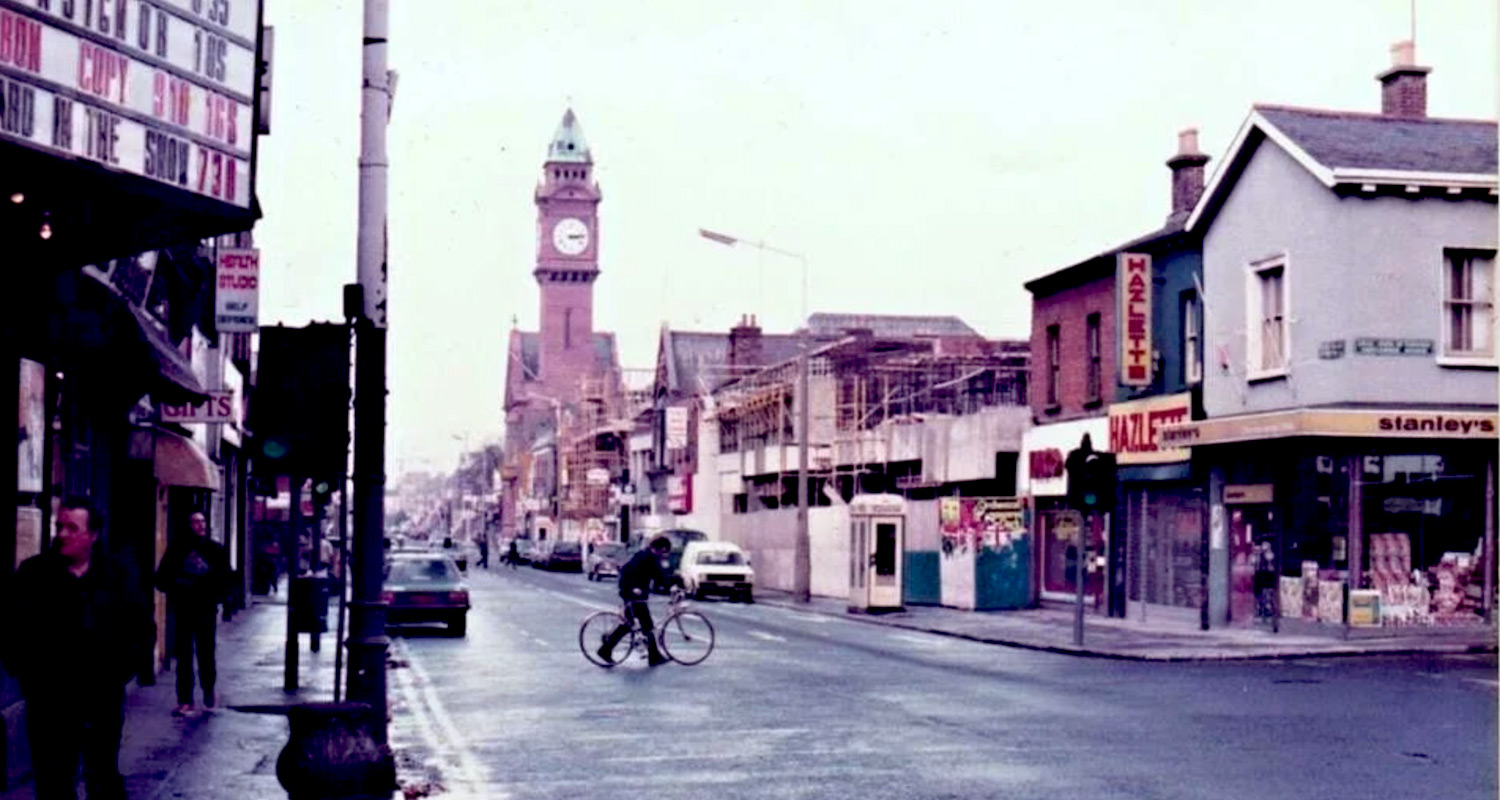 I’ve been working in some fashion or another since I was around 14 or 15 years of age. The first official job I had was as ‘lounge boy’ in a bar in Rathmines. I can’t remember exactly how I got it, but I think my Dad was involved somehow because he was in the restaurant business and he may have been in discussions with the people who owned it about opening something there. I don’t know exactly.

The bar was called Streets and it was, I’m very sorry to say, zany. This would have been mid-80s, and it had this very odd decor like a phone box in the middle of the room, and other decorations I can’t properly recall … apart from the far end of the pub which had half a car sticking out of the wall for some reason. Don’t ask me why.

As a teenager I was really quite shy/introverted, so working in a bar where you had to approach tables of people drinking to take their orders, bring them their drinks and interact with them was out of my comfort zone. And by out of my comfort zone, I mean I absolutely hated it and everyone in there. On top of that, the zaniness of the bar meant that our uniform wasn’t the classic black pants, white shirt, and tie that you saw in most places, it was far, far worse.

The lounge boy uniform in Street was: A full-length butcher’s apron (blue and white stripes); a straw hat – like a kind of boater; and a bow-tie. A BOW-TIE. Jesus. So, I’d cycle down to Rathmines on my trusty Peugeot 10 speed racer, lock up the bike, resist the voices in my head and the angst in my gut which told me to just turn around and go home – or go anywhere else but there – and serve drinks to people for the evening.

Opening hours were a bit different back then, so maybe I worked from 7pm-11pm three or four nights a week. I don’t think there was such a thing as late night opening, and remember: this was a time in Ireland where we still had ‘Holy hour’, a period on a Sunday where the pubs were completely shut out of respect to God, or something. I suppose it’s quite an Irish thing that holy hour was actually two hours, 2-4pm, and on Sundays in the 90s when Sky started showing football you had to wait outside and hope the landlord opened the doors a bit early so you could get in for kick off.

Anyway, I’d go to work, get changed into my clown outfit, and then wander around the pub taking orders and making sure ashtrays were clean. That was a big part of it back then. On the same tray you carried people’s drinks, you had a stack of ashtrays to replace for the ones that people had filled up with their John Player Blue, Benson and Hedges and Silk Cut Purples. Mmmm, so clean. It’s all right though, I also had a cloth which I used for hours and hours so your table got a good wipe down with a beer soaked, ash ridden rag before you sat down.

I was given a float which somehow I remember: £15. So, a table would order drinks, I’d take the order back to the bar, pay for the drinks, deliver them to the table, and they’d pay me for them. This is, I suppose, a reasonably effective way to do things, but here’s how it usually went with a table of, let’s say, five people:

Me: “What can I get you folks?” (in my head the word folks is tentatively replaced with ‘Dickwipes’, because there’s one of them that looks like a Dickwipe but he hasn’t yet proven himself to be one.)

Them: “Two pints of Guinness, a glass of Guinness with Blackcurrant (this was very popular back then because apparently it made Guinness palatable for ladies), a vodka and tonic and a Southern Comfort and Red (this was the table’s sophisticate).”

So, I go to the bar. The barman looks at me, I make the order, making sure to tell him the Guinness drinks first because they take longer because of the pouring etc. I pay for them, put the change in the pocket of my apron (argh!) put the drinks on my lovely tray (often there were shortages of trays and the other lounge boys would steal yours if you had a good one so you had to mind it like it was precious), and bring them over to the table.

On the way over, there’s an incantation going on in my head. A plea to St Ignatius of James’ Gate, the patron saint of lounge boys. In fact, I’d even promise to sell my soul to Mr B. L. Zebub himself if he made things go my way.

Me: “Here are your drinks.”

Me: “Well, we’re busy tonight!” (and all you had to do was sit here you scaldy looking cat-anus-mouthed bollox. Hope those four minutes weren’t too taxing).

*puts drinks on table, ensuring to place glasses on beer mats as that is the right way to do things and anyone who doesn’t is history’s greatest monster*

Me: “Ok.” (I hope you all die, very slowly, in quite enormous amounts of pain and I can somehow watch this and laugh as you do it).

I still have nightmares about soggy pound notes, collections of coppers to get to the price of their individual drinks, and not having enough change for everyone at the table. So you had to go to the bar and ask the barman to change notes into coins and they got very grumpy about that because they could be serving someone.

Sometimes people were nice and they might give you 20p or 50p as a tip, which wasn’t bad when you were earning £2.50 an hour, but in my mind those people were few and far between. Mostly it was dealing with tables of people I hated on sight, who I never wanted to speak to in any circumstances, while dressed like a complete twat.

I wasn’t alone. I remember one lad one night dropping his tray on a table, the drinks went everywhere, including all over the people who started shouting at him. So he took off his straw hat, threw it across the room like a frisbee, and quit on the spot. For a long time he was my hero. I wonder where he is these days. Probably a successful businessman who learned early how to deal with people, or an assassin.

On the plus side, it did instill in me a deep empathy for anyone working in the service industry. I make sure to tip, sometimes too much but I reckon it all comes around in the end. They deserve it, even if they don’t have to wear a ludicrous costumes like I did.

Any bar/waiting horror stories out there? Let’s have the chats in the Arses. Till tomorrow folks, stay well.