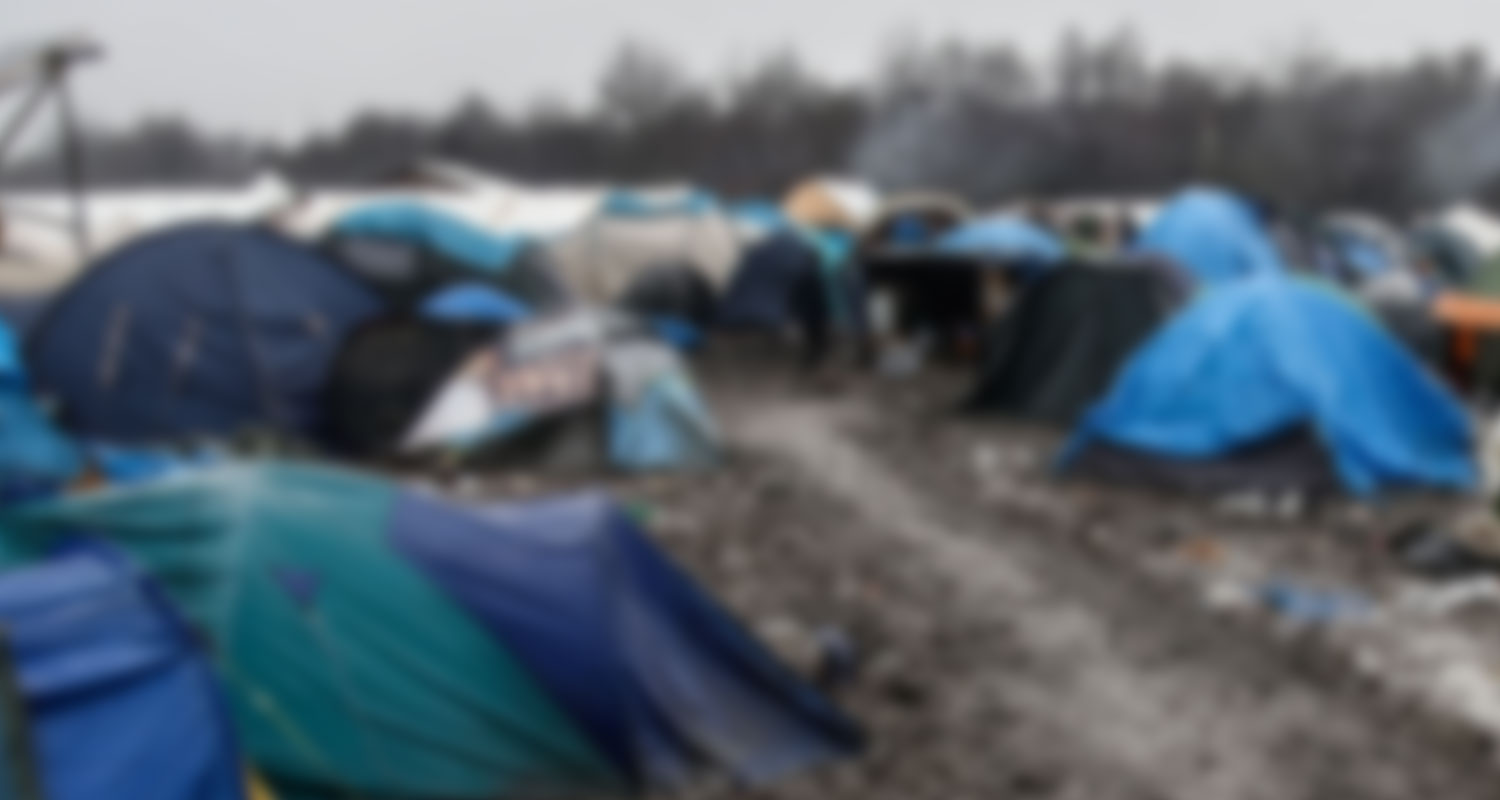 The man stood as dawn broke and looked out over a sea of ramshackle tents. His back ached from sleeping on the hard ground, but what choice did he have? Or any of them for that matter? This was what you had to do. You just got on with it because there would be no sympathy from anyone. You made the choice to come here, to travel, to try and improve your life a little.

The sun, barely over the trees that surrounded this temporary living space, like a nylon village, wasn’t yet warming. He held his arms around his body, like he had last night, and the night before, and felt a rumble in his stomach. He hadn’t eaten since yesterday and even then rations were meagre. How could you think of food when there was so much else going on? Only in this fleeting moment, where he stood alone, temporarily with no responsibility for anyone else, could he embrace his hunger.

Yet in spite of the emptiness his bowels clenched. He’d always been regular, these trying times hadn’t changed that. He tiptoed between tents to the facilities they had provided. He was in no place to complain, but they were barbaric. As the day wore on there would be queues, families desperate to use them, doing their best to avoid getting messed in the process.

The stench was unimaginable. The word sanitary might as well have been struck from the dictionary because it had no meaning here. He tried to be as considerate as possible, aware that others would need to follow, but he despaired of those who showed no such consideration. These were not executive bathrooms, but the ability of his fellow man to get shit and piss in places you’d have to almost use a ladder to get to was always an amazement to him.

He did what he had to do in a hurry, there was no way he was going to hang round in that fetid air any longer than he had to. At home – how he longed for that place now – he could find moments of peace in the bathroom. Even for just a few minutes he was spared the pressures of life, demands of work, the needs of his children. Just a book or a newspaper, hands on knees when necessary, and an escape from everything. Escape he thought, how that word resonated.

He made his way back to the tent. He passed one where a young woman, clearly very ill, lay half-in and half-out, dried vomit encrusted her open mouth. The journey? The environment? Exhaustion? Hunger? Thirst? Some, or all of the above. She wouldn’t be alone. There would be many like her, rising throughout the morning, feeling desperate, unwell, in a daze from what they had endured, what they had inflicted upon themselves by coming here.

Many would sit outside their tents, shell-shocked, faces free of expression but eyes that told the full story of what they’d been through. Conversations would rise, the noises of a multitude and a shared experience reaching a crescendo and the next day it would be the same. Pain, illness, the sounds and smells of thousands cramped into such a small space.

The locals had welcomed them as best they could but when thousands – tens of thousands –  descend on one place in such a short space of time it’s difficult. They had all come looking for something good, something better than before. The journeys took many paths but they all converged at this point. A melting-pot of humanity, old and young, fat and thin, adults and kids.

The man stood outside his tent once more. He felt as tired as he’d ever felt in his life. Sleep had been fitful, the coursing of blood through his veins in this alien environment, the beating of his heart preventing him from relaxing fully. If he went back inside the others might wake, and he wasn’t ready for them yet. Weary as he was he could cope with it as long as he was alone, even for a couple of hours.

Birdsong punctuated the silence, as did the occasional groan from a nearby tent. Behind him another man, gaunt and sickly in appearance, emerged from his temporary shelter, using his hand to shield his eyes from the sun. They looked at each other, a shared nod of greeting to denote understanding, empathy. The other man shuffled off towards the shit and the piss and the smell and the flies and he looked aghast at this was what his life had been reduced to.

The man closed his eyes, began to feel the warmth of the sun on his face. He let his mind wander. Maybe it wasn’t all bad. Maybe there was hope, something to look forward to, something to believe in. Like that band he loved. The one with all the banjos. They were on the main stage later. And next year he was going to save up and get one of those pre-pitched tents in the private fields that had their own toilets and even showers.

He smiled and wondered was it too early to drop half a pill.