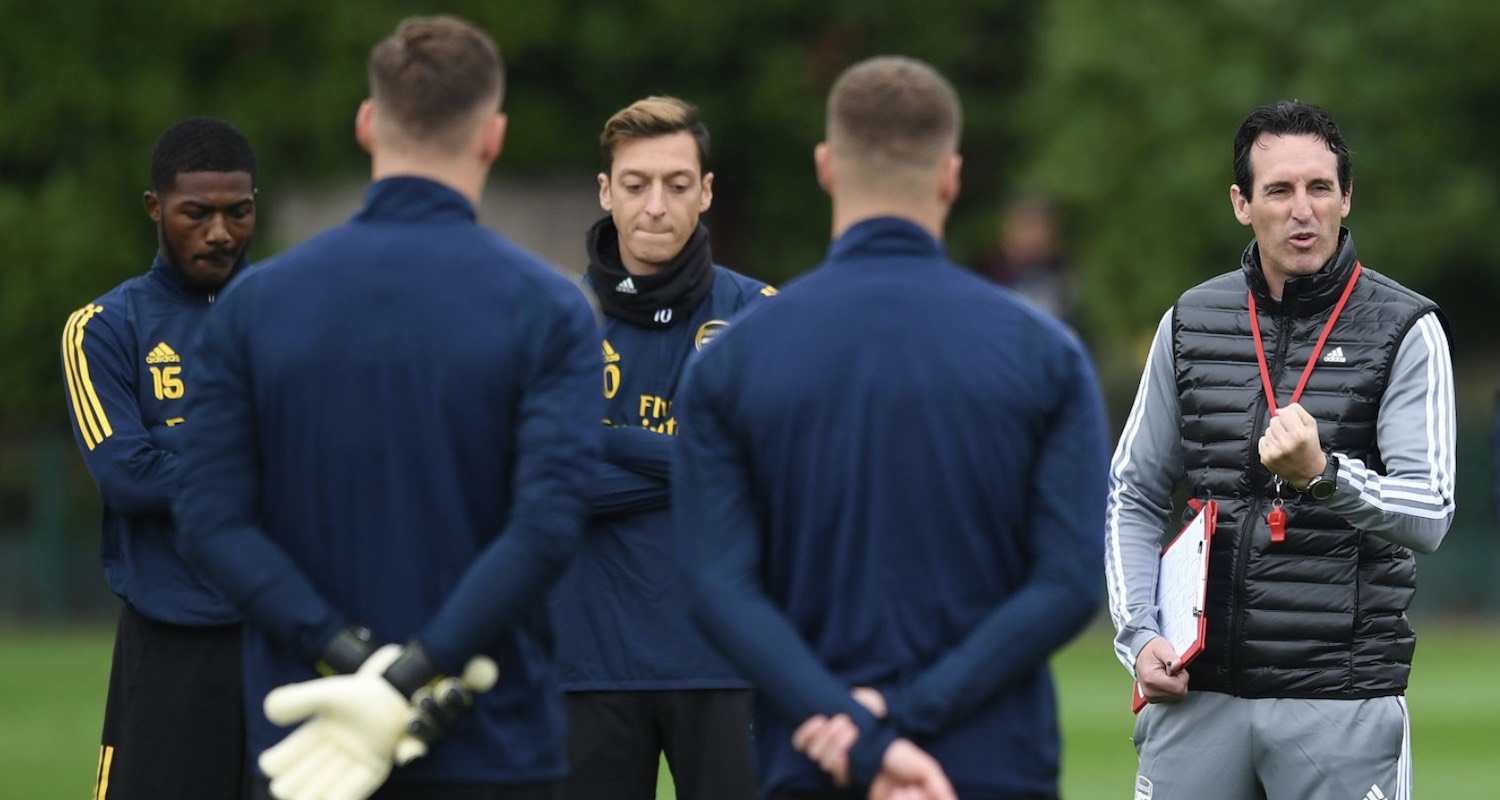 As the Arsenal players ride camels in Dubai (a sentence I could never have envisaged writing when I started this blog nearly 18 years ago), a common theme has emerged when they talk to the media in recent days.

After Bernd Leno’s comments last week in which he attempted to highlight the positive aspects of Mikel Arteta’s time in charge by saying we were fundamentally broken under Unai Emery, both Hector Bellerin and Mesut Ozil have followed suit by making it clear that clarity and understanding are things which the players are benefitting from.

Bellerin spoke about how both Arteta and Emery were ‘great coaches’, but continued:

You can see how united the dressing room is now and the idea of playing might have been a bit blurred before. Now, Mikel has a foundation that we know what to do in every single situation.

Everybody knows tactically that we’re improving. It’s just two months that Mikel has been here, and we have improved a lot tactically.

It might simply be a case that when they’re being asked about the man who picks the team every week, they’re being very positive about him because anything else would be self-defeating. At the same time though, it’s hard not to think that they really are enjoying life more under Arteta, and that they’re connecting better with him as a person and as a coach. His footballing philosophy seems to have greater resonance with players at Arsenal, a kind of football associated with the club that went by the wayside under the previous manager.

It shouldn’t be any surprise to anyone that has watched this team that the players are happier now, and if by trying to accentuate the positives of what Arteta is doing some shade is thrown at Emery, that seems fairly natural to me. Bellerin, to be fair, is as respectful as anyone can be in what he says. I don’t think this is a vast conspiracy to lambaste the former manager.

Emery himself has been talking, in a big interview with France Football, he pointed fingers at some of the squad for their own shortcomings and the loss of four key players last summer:

Arsenal was a club on the downward slope for two years when I arrived. We stopped this fall and even started to straighten the club with a Europa League final and a fifth place in the championship, only one place behind Tottenham while we only took a point in the last five games.

We had the qualification for the Champions League in hand and it went wrong in the final. But it was a good season and we had the idea to continue this progression. But we lost our four captains: Koscielny, Cech, Ramsey and Monreal.

We have missed personalities this season to stay on track. And some stars did not have the right attitude and asked for more than they gave. Given all that, it would have taken more time to successfully transition to the new Arsenal that I wanted.

There’s a lot to unpack there. This continued insistence that his first season in charge was a good one is something I can never understand. How on earth can you claim to have had a good campaign when it ended the way it did with abject failure in our final league games during a relatively easy run-in, and getting hammered by Chelsea in a European final? That he repeats this every time he talks about his spell at Arsenal demonstrates his inherent unsuitability for the job in my opinion. Finishing a point behind Sp*rs is no measure of success.

As for losing those players, well – I think questions have to be asked of a couple. Cech and Ramsey were situations kind of out of his hands, but ask yourself why it was that Laurent Koscielny was so determined to piss all over his nine year Arsenal legacy to take a pay cut to join Bordeaux? Why was the sale of Monreal sanctioned if he was that important? We could have kept him if we wanted to.

His point about attitude is not something I’m going to argue with. That’s his perspective and I think to some extent it’s backed up by results and performances. However, you can’t ignore the context: the environment and culture that he created within the club that alienated players who did not enjoy what he did on the training ground. The video sessions were interminable by all accounts, and our style of play – whatever that was – lent itself to further differences and a lack of confidence/understand.

They simply didn’t believe in him, they didn’t understand what he wanted from them, that was reflected in performances and results – and I’m sure in some cases their attitude too. Now, those players are professionals and there’s no escaping criticism for that, but a manager/head coach is responsible for the internal atmosphere generated by the work he does, and if players felt disengaged and unconvinced by his methods, he has to take his considerable share of the blame.

I’m obviously partly responsible, but you see that the team has not exactly done better since I left.

It seems a rather petty point of view but in some ways he’s not wrong. He is partly responsible, and the team has struggled to achieve the kind of results we would like. However, to take a bit of a shot at a new manager in his first job coming in to clean up that mess at the most hectic time of the season doesn’t reflect well on him. As for the levels of responsibility, we again have to look higher up on those who let things get as rotten as they did. Emery was a dead man walking well before November, and they did nothing about it, so a fair chunk of it is on them too.

What would be nice though is if we could put all this behind us. Emery seems very keen to talk at the moment, perhaps as a way to put himself back in the public eye as he looks for his next job. He’s hardly going to say ‘It was all my fault’, and I’m sure he genuinely feels like some of the circumstances that led to his departure were out of his control, or the fault of others, that’s human nature. From our point of view though, having it dragged up again is not much fun.

However, the best medicine, the antidote for this lingering malaise, is simple: start winning football matches under Mikel Arteta. If we do that, the spectre of the former head coach and the impact of his work will fade, and we’ll all be happier.

I’ll leave you with this week’s brand new Arsecast Extra, there’s a lot of Winterlull waffle, but I think you’ll enjoy it all the same.