Welcome to Friday folks, hope you’re feeling ready and able for the weekend and, of course, a healthy dollop of Arsenal on Sunday. Mikel Arteta will meet the press today ahead of that game, and after the warm weather training he’s got plenty to think about as he tries to take his side from Drawtown to Winsville.

What he does have is – at this moment in time at least – the luxury of a generally healthy squad, with plenty of cover in each position. He has options available to him all over the pitch. Not only should that help him foster a competitive environment where your place in the team is under threat if you don’t perform to the requisite standard, he has the ability to keep fighting on three fronts for as long as we remain in the cup competitions. Hopefully we go right until the end of the season in the FA Cup and Europa League, as well as making improvements in the Premier League.

Our goal is to be in Champions League. This year we had difficult times, but I think we’re in a good way.

I don’t think we can dismiss the ambition, but he didn’t really expand on how he expects Arsenal to get there. It looks almost impossible to achieve that by finishing in the top four. When you look at the table, where we are, how we’ve performed until now, and what it would take from us – and the other teams in the mix – for us to finish there, it’d be genuinely remarkable. Stranger things have happened, but the odds are unqestionably long. 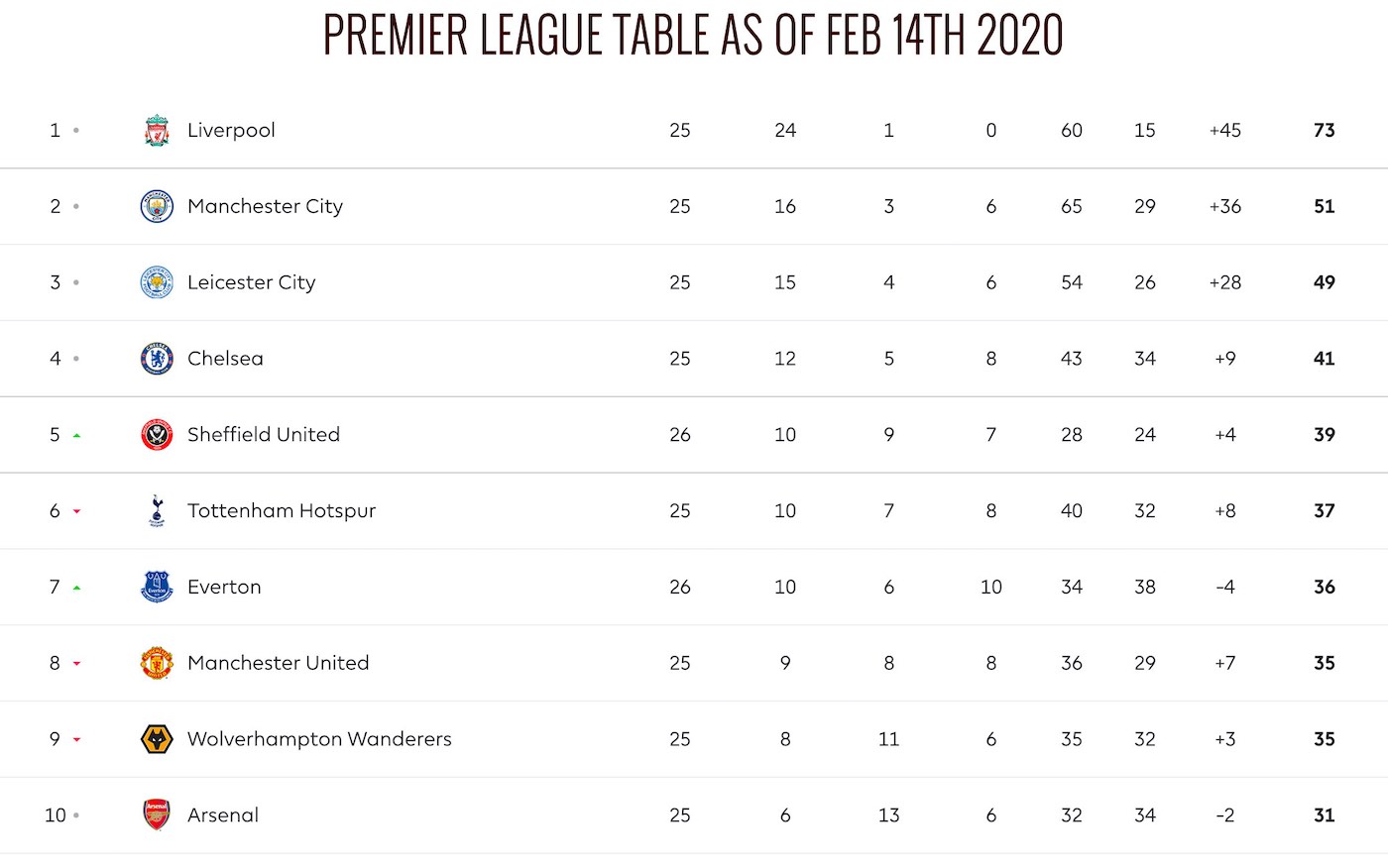 I recall some years ago that we overturned a similar, if not slightly larger, points margin to finish ahead of Sp*rs. I think they told us to mind the gap, and we did. We minded the absolute shite out of it, but this time around I think there are more teams to worry about. Perhaps the ability of those sides to take points off each other might benefit us if we can go on a run of wins ourselves, but right now it’d be a brave man who put significant money on us finishing in the top four.

So, as I wrote the other day, that leaves us with the Europa League route. Cup football can throw up surprises, we might do one better than last year, and obviously any chance you have to achieve success in a season you focus on it and take it as seriously as possible. It will require a bit of luck, some serious performances, and if Ozil himself is to play a part, a big improvement from him when it comes to his end product this season.

This article in The Athletic by Amy (£) is a nice companion piece to the one Tim (@7amkickoff) produced for Arseblog News earlier in the week. Whatever way you want to look at Ozil, there’s no escaping the fact that his creative talent is on the wane. From 25 goal involvements in the Premier League in 2015-16, to one so far this season. From slicing defences open week after week, to finding Matteo Guendouzi as the main target of his distribution.

Arteta has started him in every Premier League game since he took over, a show of faith that there are reserves of talent he can tap into. Like everyone else, Ozil has worked harder, run more, shown positional discipline and contributed to the overall structure of the team being better and more secure. It’s too easy to say that he’s lazy. In fact it’s lazy to say he’s lazy, that’s not the case. He is trying, but it’s not working. That could be worse.

Arteta will be hoping it’s a case of ‘not yet’, but there really is only so long he can give it. I thought before the break that when we got back, the positions in the team of Ozil and Alexandre Lacazette would be under serious threat. I could be wrong about this, and it’s based on nothing more than a gut feeling, but I suspect he might lean on their experience for a little longer before he goes in a different direction. But make no mistake, if Mesut’s goal involvement stats don’t improve, and Lacazette’s striking woes continue, he’ll have to give someone else a chance.

An email during the week politely reminded me that what a player brings to a team can’t always be measured by stats. That’s true to an extent. They can provide balance, and be an important cog that helps the machine run smoothly, but the reality is if you’re a creator who doesn’t create, or a striker who doesn’t score, you’re not doing the most important part of your job. What choice does any manager have with a player like that other than to seek an alternative – whether it’s short or long-term?

Arteta’s big challenge now that the fixtures begin to stack up again is to get this team scoring more goals. To make it more effective and potent from an attacking point of view. If the players he selects don’t make that happen, he’ll have to try and find a combination which does, and reputation, stature, salary, experience will count for little when it comes right down to it.

Ok, I’ll leave it there for this morning, and point you in the direction of a brand new Arsecast with Clive Palmer and Andrew Allen, discussing themes from today’s blog, squad building, our realistic expectations when it comes to results, and plenty more. Listen/subscribe below.