Home Arseblog, the arsenal blog Arteta to go strong for the 2nd leg + the summer decision... 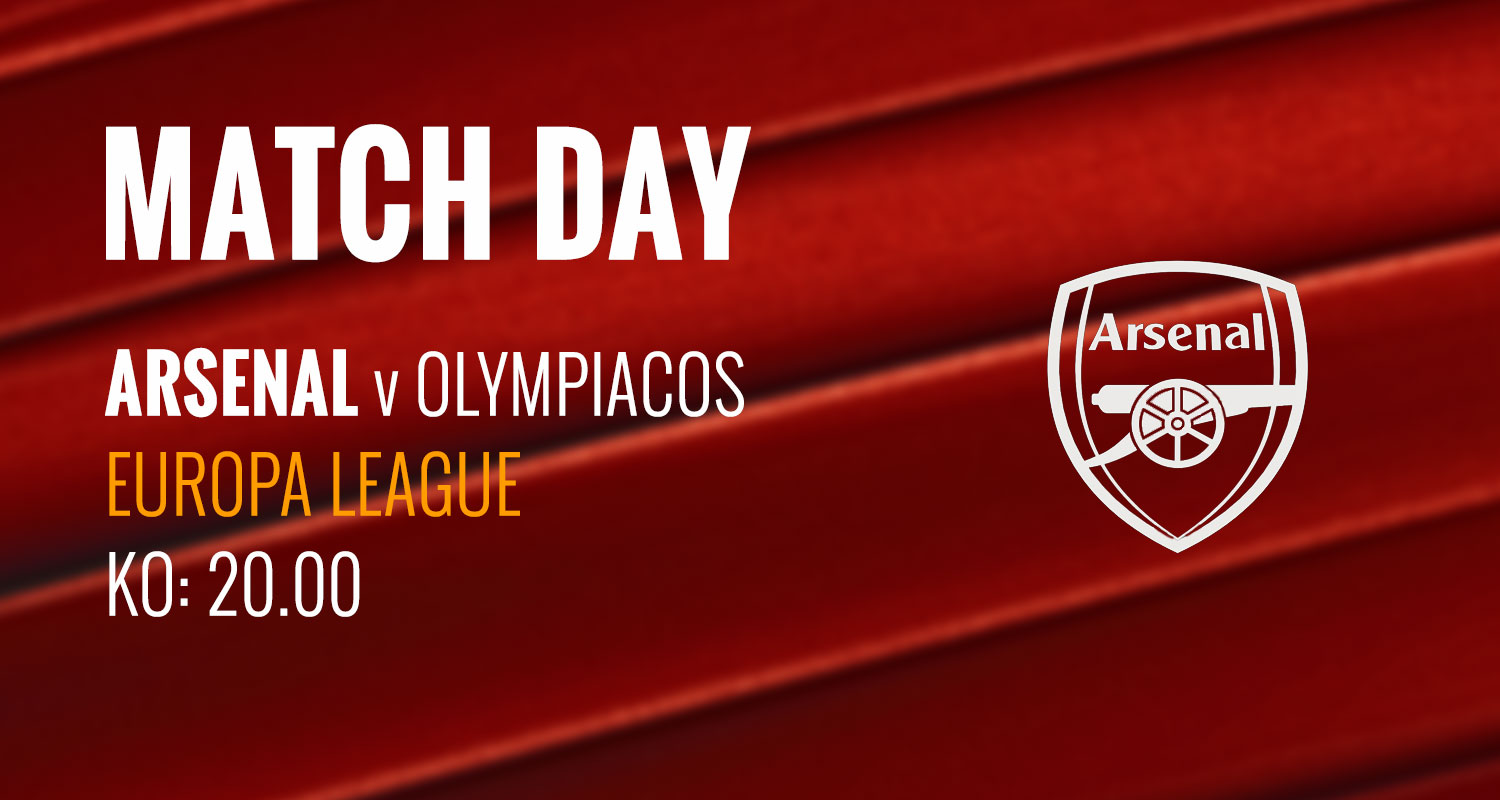 It’s European action at the Emirates tonight as Arsenal face Olympiacos in the second leg of the Europa League Round of 32. With a 1-0 lead and an away goal under our belts, we’re in a decent position going into this one, but it’s not the kind of lead which would allow Mikel Arteta to sit too comfortably.

With Portsmouth in the FA Cup on Monday night, allowing him a chance to rotate ahead of next weekend’s visit of West Ham, I suspect tonight’s team will be a strong one – not markedly different from the one we saw on Sunday against Everton. The reportedly significant injury to Sead Kolasinac will see Bukayo Saka come back into the back four, but apart from that I don’t envisage any changes there.

There’s scope to do something in midfield, and perhaps the kind of game it’ll be tonight will suit Lucas Torreira a little more than Dani Ceballos, but if it was the same trio as played on Sunday I wouldn’t bat an eyelid. The Spaniard has been impressive since being brought back into the side; Xhaka is a permanent fixture in the team (as he was under Wenger and Emery); and while the upturn in Mesut Ozil’s overall performances hasn’t been borne out with quite enough end-product, it’s clear that Arteta wants to give his former teammate every chance to correct that.

Alexandre Lacazette’s presence at the pre-game press conference hints at his inclusion, and having scored the winner last week he’ll be keen to keep his recent improved goalscoring record going. It means we might see the Pepe, Laca, Aubameyang front three. I have a sneaky feeling we’ll see an Arteta wildcard somewhere in the team, and if he chose a fit again Reiss Nelson on the right I wouldn’t be that shocked, but with three assists and a goal in his last three games, the record signing is in good form and you’d back him to produce again tonight.

With Europe tonight, the FA Cup on Monday, and then the Premier League, Arsenal are in three competitions, something which will test the depth of the squad, and ahead of tonight’s game Arteta responded to a question about prioritising one competition over another because of the potential rewards when it comes to European football next season. He said:

The team selection is based on what I see in training, the load of the players and what we want to do against the opponent. We have three different routes to Europe. We have to try to maximise the three of them and we go game-by-game. That’s all we can do at the moment because the objectives are still so far behind.

There may come a time where the decisions get a bit more difficult. Progress in this competition will definitely have an impact at some point, especially when you consider some of the potential opponents we might be facing, but right now that’s not really a factor. The fixture list is relatively kind around this game, and I’m sure we’ll see a much different team on Monday for the FA Cup, so it’s going to be a strong side, and hopefully one which can do the job in an efficient way tonight.

Meanwhile, Alexandre Lacazette – clearly not a man who relishes talking to the press given some of the perfunctory answers he gave in the press conferences yesterday – spoke about his own future in the wake of reports he’d be allowed leave if Arsenal didn’t make the Champions League next season.

“I didn’t know about this,” he said deadpan when asked. He also urged the club to do as much as possible to convince Pierre-Emerick Aubameyang to stay beyond the 12 months he’ll have left on his contract in the summer:

He’s really important, he’s one of the best, maybe the best for Arsenal this season. Obviously, I hope he’s going to stay longer for the club.

While there are other players in a similar contractual position this June, including Ozil, Sokratis, Shkodran Mustafi and Bukayo Saka (eek!), the Aubameyang one is clearly a massive issue for the club to deal with. His goalscoring is phenomenal, so difficult to replace, and although he’s 30 he doesn’t show any signs of slowing down. His reliability and availability is something which is often overlooked, he hardly ever misses games through injury, but there’s also the financial aspect to consider.

Having left the guts of £50m or more on the table when we allowed Aaron Ramsey and Danny Welbeck to leave, we can’t do that again with Aubameyang. If he isn’t open to extending his contract, I don’t think there’s any choice but to cash in and use the money to rebuild. It’d be a massive wrench because he is so good and so important, but realistically how could we turn down a big transfer fee for a player of his age who is going to leave for nothing in 12 months? We’ve fudged this kind of situation before too, with Alexis and Ozil, so the decision has to made in the summer. It’s something Head of Football Raul Sanllehi insisted would not be allowed happen again after all the times we got it wrong before, so there’s pressure on the higher-ups to show they can deal with this one better.

I think if we get Champions League football we’ll have the financial ability to give him a new deal and the kind of pay packet he deserves – not to mention the prestige of playing in that competition. If we don’t, if we’re scratching around in the Europa again, it’s hard to justify that – and who would blame the player if he wanted to go play a couple of seasons for a club like Barcelona, for example? Let’s be realistic, there will be suitors for a player who scores the way he does, that’s an inevitability.

It’s just another sidebar to what is going to be a massive 8-10 weeks for this football club as we play out the remainder of this campaign.

Lacazette also called Bukayo Saka the best young player in the league, an opinion many of us would share having seen him in action. Jokingly, I put together a list of the other top 10 players under 20 years of age in the Premier League, using some made-up names to demonstrate very clearly I wasn’t being serious.

The Internet never fails to disappoint though, and it led to a slew of outraged Man United fans castigating me for the absence of Mason Greenwood. A fine player he might be, but he’s no Chad Macaw, is he?

Football fans easily rustled by the absence of their favourite player from a list of mostly made-up names.

Surely the question isn’t ‘Where is Mason Greenwood?’, but ‘Who the fuck is Chad Macaw (etc) and who does he play for?’ pic.twitter.com/tQuszgGQ6A

As amusing as it is though, it’s a little depressing that people could read a list of names like Quincy Bazooka and Harvey Harveson-Harvey and not realise it was a gag. It’s little wonder more pernicious misinformation is taken at face value. Were people always this thick?

Right, that’s your lot this morning. Join us later for the live blog, and all the post-game stuff on Arseblog News. Until then.