This day eighteen years ago I published the very first post here on arseblog.com. It was, I think it’s fair to say, a bit rubbish – but also vaguely prescient. It read:

“The A R S E B L O G is born amidst a fanfare of pure silence and a rippling of no applause. Not sure what way this thing is going to go, it has no plan, no direction, no aim, no purpose – simply a tool for me to ramble on about all things Arsenal and maybe some other stuff instead. Anyway, I shall crack on.”

Quite why I wrote ‘A R S E B L O G’ is beyond me, but here we are all those years later and I’m still rambling about Arsenal and sometimes other stuff too. What a trip it’s been. The site began in an era of unprecedented Arsenal success – titles and doubles and unbeaten seasons and Robert Pires *swoon* – and this season we found ourselves in an unprecedented slump in terms of results and league position, the likes of which hadn’t been seen for decades.

We now appear to be at the beginning of a new journey under Mikel Arteta, one which promises much because of how impressive he is, but one which demands caution because the people who ran the club into the mire we found ourselves in are still making the decisions. Nevertheless, the clouds appear to have a silver lining again, instead of a lining made from the fermented foreskin of a septic, Phil Collins loving walrus who is also a Stoke fan.

So, in an era when Opta data has transformed the way we think and analyse football, what does 18 years of blogging mean in terms of stats? What is my xB (Expected Blogs) and how does that play out across the team of people who have written for the site since its inception on this day in 2002?

That averages at 487 posts per year. This includes my daily pieces, special posts (season previews etc) plus the various columnists.

We’re heading towards 7,000,000 words. To put that into context, your average fiction novel is around 80,000 words, which means that over the course of the 18 years we’ve published the equivalent of 88 books.

Now, let’s look at some of the individual stats.

That’s a lot of words written down. Apparently the average adult reading speed is somewhere between 200 and 250 words per minute. If I take 225 as a happy medium, it would take someone 31,090 minutes to read the entire site, which is 518 hours or 21.5 days.

Update: I’ve been reminded of some columns from the early years which don’t exist inside WordPress, so the word count is almost certainly above the 7m. And apologies to those writers who aren’t credited here.

This also doesn’t take into account the Arseblog live blog which runs on match days, bringing you up to the second text commentary on our games with goal clips, and chat. I don’t know how many words I’ve written on there, how many OOOOOHs have been OOOOOHed at an exciting moment, or GOOOOOOOOOAAALLLSS have been scored or FFSs have been FFSd – but it’s basically been every single Arsenal game since 2012.

Of course there was the great Arseblog Live outage of 2017, when hardware failure saw us sidelined for months – it was a technological ACL, but we came through it and you can follow every game at arseblog.live/liveblog

What about spoken words though? The Arsecast kicked off in 2006, which must make it one of the longest running podcasts anywhere, let alone about Arsenal or football.

I don’t have fully accurate stats, because in the early days it wasn’t something I tracked, and the analytics really weren’t there for podcasts. However, based on the fact that between 2015 and 2020 we’ve done over 42,000,000 listens/downloads, I think a decent ‘guesstimate’ – based on show growth over the years – would see us closing in on the 100,000,000 mark, if not above it at this point. That’s a lot of listens/listeners.

It would take you almost 41 days without sleep to listen to them all from start to finish. And some of them would put you to sleep, I’m sure!

There is also, of course, the Arsenal Women Arsecast which is over a year old now, hosted by Tim Stillman and Pippa Monique – and available through the regular podcast feed or on the Arsenal Women channel on Arseblog News. Speaking of which …

This doesn’t take into account any of the stuff we produce on Arseblog News, a site launched in June 2011. We do our best to filter out the nonsense and the clickbait, and bring you the best Arsenal news, match reports, stats, player ratings, transfer stories, Arsenal Women, reserves and youth, and loads more. Visit Arseblog.News

We have apps for iOS and Android. Occasionally there are some issues with the apps and people send messages, sad that they can’t read the blog or the news.

It’s amazing when we remind them that they can still visit this old-fashioned thing called a website.

Thanks to Simon and the team at Milk Bar Studios for their work on the apps, and a shout out to Matt Roxburgh for all his incredible help down the years.

We published two limited edition hardback books. The first ‘So Paddy Got Up’ came out in 2012, and the second ‘Together: The Story of Arsenal’s Unbeaten Season’ in 2014, on the 10th anniversary of that achievement.

You might be able to pick up the hardbacks on eBay, they’re out of print now – but the digital editions are still available on Kindle, Apple Books, Google Play and other eBook outlets.

Since 2018 we’ve been producing extra content for our wonderful Patreon subscribers where you can find more written articles and podcasts. If you’re already a member, thank you so much, your continued support means so much to us and helps us keep doing what we’re doing. If you’re not, and if you’d like to sign up for instant access to all the extra stuff, a free audio-book download of ‘Together: The Story of Arsenal’s Unbeaten Season’, Discord chat, live streams and more, it costs just €5 per month at patreon.com/arseblog

Who knows where the time goes, as the nice lady sang. I don’t know where we’ll be in 18 months, let alone another 18 years, but if we last that long, hopefully Arsenal, still managed by Mikel Arteta (his Lego hair still perfect but now silver and distinguished like a fox) will be the GOOGLE MEGACORP Global Super Premier Liga de la Liga Grand Champions del Mundo, or something.

Can I just take a moment to say to everyone – readers, listeners, Patreon members, commentators, blog contributors, podcast guests, social media followers, my family, my dogs, Tom for keeping things ticking from a technical point of view, and Harvey Keitel – thank you.

Genuinely, to do something like this for a living is not something I could ever have envisaged when I sat down in my solarium in my house outside Barcelona on this day 18 years ago. It’s something I never take for granted, it’s been amazing to meet so many people and make so many friends, and now that the blog is legally old enough to have a drink, here’s a birthday beer. 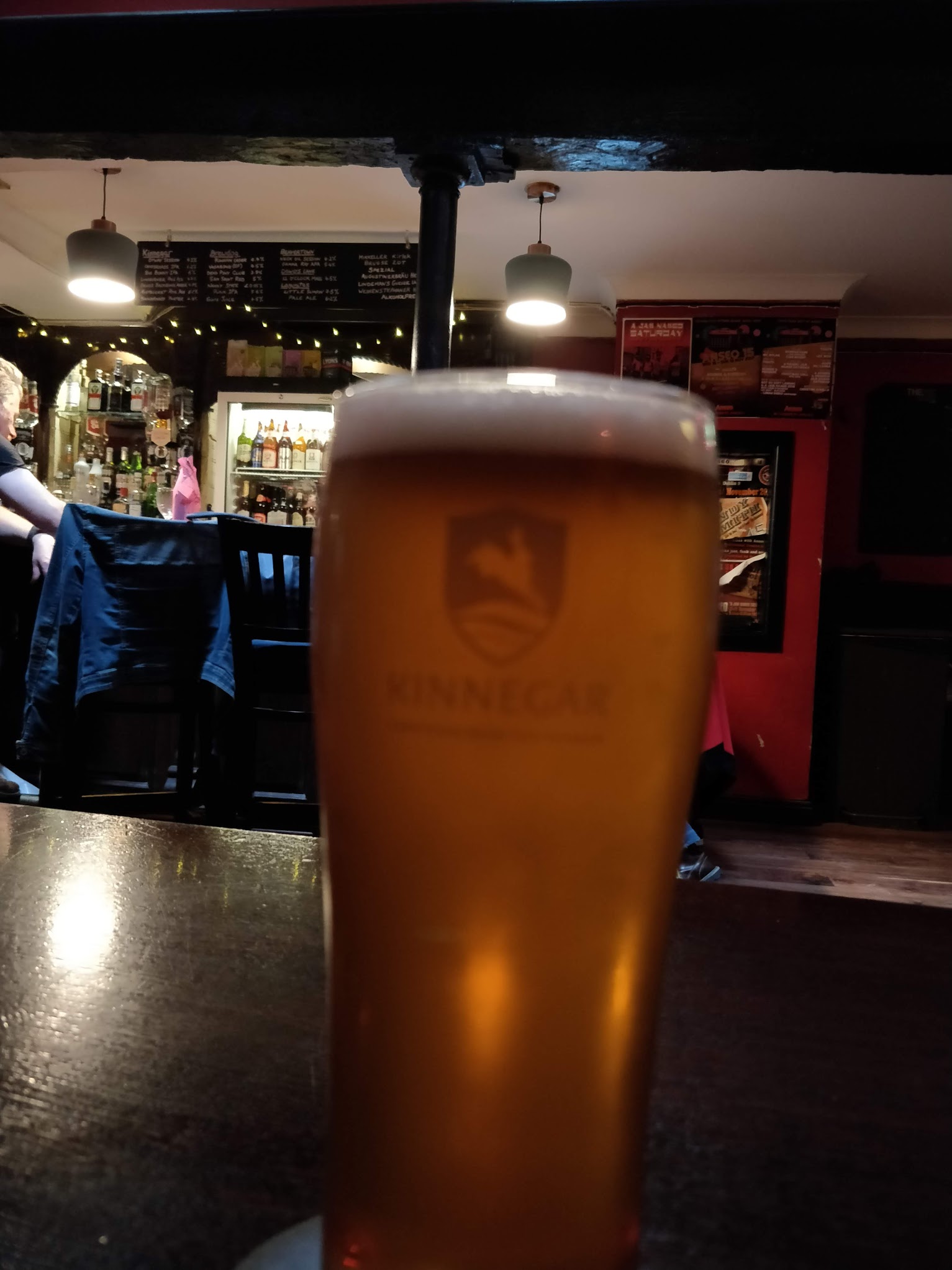